Finally A Person posted a picture of a failure of a boat trailer company that the WELDS failed.    These failures happen all the time as these boat trailers have never been tested to a National Standard.  At highway speeds this family would have been devistated and destroyed by this product and the police investigation would have taken years and they would not release their findings.

One what company producted the boat trailer?

Two how many are on the road?

Three have their been others that failed like this that were never reported?

Four How many deaths has resulted by this product

Five How many accidents have been caused by this?

Six We believe it was a loadmaster boat trailer

This Can Only Happen in Cortez, FL!

If you hang out in Cortez long enough you will inevitably hear someone say “Only in Cortez”. Some of the best stories you’ll hear start out that way. There is a contention among the locals in Cortez that we are somehow lucky when it comes to navigating adversity. Charmed even.

Maybe it stems from the constant need to creatively overcome challenges that come with working the waters for a living. Anyone who owns a pleasure boat can understand that, there are a million things that can (and do) go wrong when you are on the water, from mechanical breakdowns to the weather turning ominous on a dime. Cortezians are seasoned veterans in crisis management. As it turns out, attending a parade can carry as many stumbling blocks as a 10 day offshore long lining trip.

The sky was clear and blue, and it was already downright hot when I stepped out the door at 8:15 am. A quick stop at K-Mart for high-powered squirt guns and my granddaughter Mariah and I were rolling into the fish house parking lot right at the 8:30 rendezvous time to prep for the annual Privateers Fourth of July parade. Always my favorite of the island parades, I have participated in almost as many as I have watched since I was a kid back in the 70’s. So far, I think Mariah has been in more than she has watched. We missed last year since I was traveling last summer, so I was stoked that we would be tagging along with the Cortez crew on the Swordfish Grill float. And by float I mean a decorated Carolina Skiff towed behind Johnny’s truck.

[Cortez crew on the Swordfish Grill float] We immediately loaded all the kids into the back of the truck and slowly…carefully...drove on. Sparks flying from the friction, we eased our way west. Bob followed along on foot to watch for trailer debris that might come off behind us. By the time we reached the base of the bridge the kids had pretty much resigned themselves to the fact we weren't going to be in the parade. I heard John’s voice through the split window of the truck say “We just need to make it to the boat ramp”. The boat ramp that just happens to be about 2 miles south on Gulf Drive and was already wall to wall with parade goers lined up for the best seats. Josh and I exchanged looks of doubt and then took our posts at each side of the tailgate, watching for the final weld to give way and praying that it would hold. We poured bottled water to keep the temperature down on the grinding foot that was throwing sparks as far under the boat as our line of sight would allow. I'm not sure how much good it actually did since it boiled off on contact, but it made us feel better so we kept doing it. The next obstacle was the traffic circle at Bridge Street and I, for one was actually surprised we made it that far. The circle has brick inlays and we figured that between the turn and added friction it would be the end of the one weld still holding the whole thing together. Loud creaking and other not-so-promising sounds erupted when we made the slight right and then the slight left. We held our breath and crossed fingers and toes. Gasps and pointing fingers came from the crowd as we limped past with a long streak of sparks flying beneath us. In complete and utter surprise, we breathed a sigh of relief that we made it through and were back on the straightaway.

[It Was A Happy Ending!] My thoughts swung back and forth between the fanciful thought of fabled Cortez Charm, and the gloomy thought that this event would set the tone for the rest of the day. All I do know for sure, is only someone from Cortez would even attempt to drag a boat trailer hanging on by a thread that far. Anyone else would have had AAA on the phone while blocking all the inbound traffic on the bridge on the Fourth of July.  As we neared the turn into the boat ramp I noticed that poor Bob was lagging about 2 blocks behind, still jogging along playing catch up to the rest of us. The kids were all lamenting about not being in the parade as we turned into the dirt road near the ramp. That's when it finally happened. The last of the weld gave way and the whole tongue fell off to one side dislodging it from the ball. We were now dragging the boat by nothing but the safety chains, leaving a pretty nice rut in the gravel as we dragged the boat into the parking area.

When we finally stopped, John jumped out and yelled “Plan B!” He had already called for a second truck that was now pulling in behind us. We ditched the boat and quickly moved the banners from the boat to the trucks in a rag-tag attempt at decor that fell way short of what we had planned. We repacked the kids and coolers and beads and swag to the two truck beds just in time to bring up the rear as the parade started to pull out. Amy make an apropos sign to inform parade goers stating “ We are your Happy Ending” Moral of the story (if in fact there really is one)? Never count the Cortez Crew down for the count. That day was a perfect example of Cortez Charm at it’s finest, and one of the most memorable parade adventures Mariah and I have had in recent years. 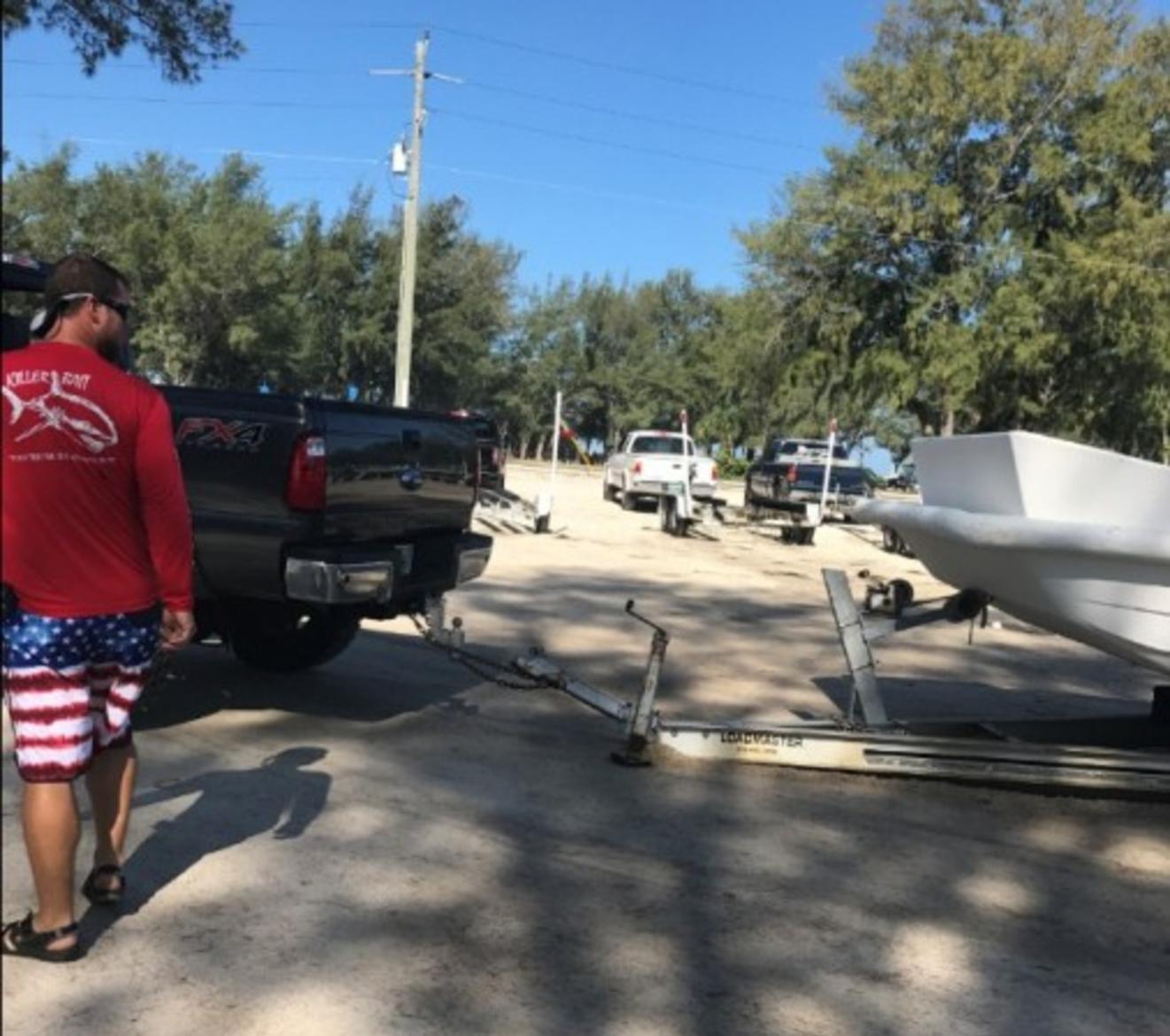