The Virginia State Police Coverup Of The Death Of Mrs. Johnson 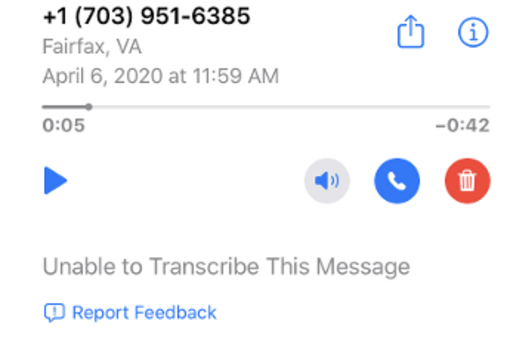 I got burned once before....I gave over 1000 hours to another law firm...about 4 years ago...same kind of game....until I realized it was all fake. The law firm...was a fake firm from California. They wanted to occupy my time. They were real good until I learned to research the court filings which never happened.So it makes sense now I have had people call my manager at work and tell him I was rude and was a poor employee but yet I never took care of these people.  I continually battle with efforts to get me removed from my job by strange people who I never recall ever serving them telling management that I ignored them and refused service.

The links below will prove my statements above and I will add over 100 buttons over the next week of April to my birthday on April 17.

This massive operation above took planning and time to really string me along.

My Talking Points....I am humble and have nothing to hide...but the truth and sacrifice these family's have made and our family to support their stories.

Right to the point...so many people have paid the ultimate....death......so many families have become victims of Preventable accidents. So many people are trying to destroy our cause. Yes going without AC and using Emergency Heat all winter is worth the sacrifice to support our unfunded cause and when anyone tells me they will help with a "retainer" you bet I am all in.so I can replace my cooling system and heat system and support our cause ..but guess what...these people should be in jail for the games they played....on our cause....we will expose them.....
I am humble and have nothing to hide...but the truth and sacrifice these family's have made and our family to support their stories.
https://www.dangeroustrailers.org/we-demand-the-henrico-county-police-and-the-fbi-to-investigate-this-massive-effort-to-make-light-of-the-deaths-of-over-28-000-since-1975-over-1-000-000-injured-since-1988-.html

I fully Understand help will never come our way so I continue to support our cause so that if anybody wants Justice they can at least know about us. That's the way it is and I understand.

Of course we responded and I spent over 1/2 hour giving him specifics of cases I have been deposed on and texting him pictures and other horrific deaths see our evidence.  See all the evidence and at this point I became suspicious because I asked him for specifics and he said his client's leg was cut off and he lost his ability to have intimate relations as he lost most of his penis.   I stated that I am on the way home and gave him my e mail address and would like to see the court documents for review. 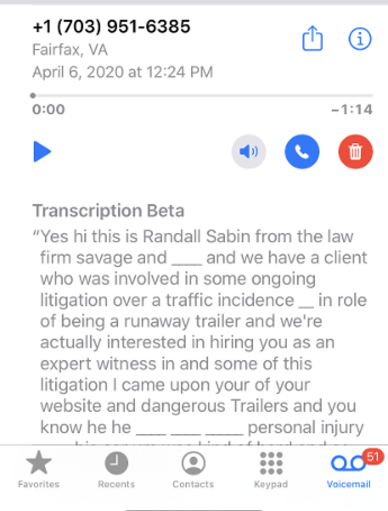 Little does he know that I know nobody is at VCU everybody went home and I don't know who he knows who I know.

Besides College is shut down right?  First they call my landline....then my cell

Click Here For The Voice Mail From His Partner 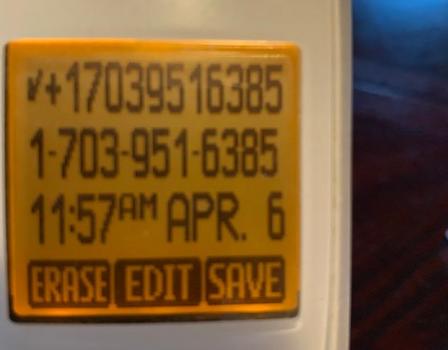 I arranged Donna Moser who brother was killed by a loose trailer who has been a life saver for emotionally helping people get through Grief.

Then I as my research comes back with no info on any court documents or law firm I decided to tell them that they are not who they are...see my evidence.  Notice the number from the client? 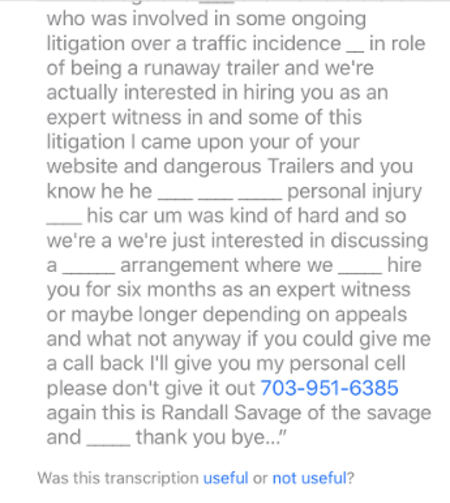 This is the ultimate effort to derail and hurt our cause.

From DDOS our IP address so I have a hard time getting on the internet.

From culvert operations by political lawmakers who use secret black ops operations to disrupt us.

From the Virginia State Police that hides actual "Crash Team Reports" with do not disseminate the reason why Caitlin Johnson was killed.

From people that I will expose here to formulate a quite extensive false law firm....and fake accident and then have someone who wants to be an intern from VCU is outrageous.

Here was the fist e mail that I received.

Click Here For The First Voice Mail
View on Mobile