Look for it....wait for it and see how two (2) firefighters fly through the air and they should be on AGT for their grace and skill when they are hit.

Note: The Firefighters, The Police And The Man (Political) leaders keep suppressing our cause and make life very difficult for us to help save lives by a passenger vehicle that is towing a trailer.

No National Safety Standards For All Trailers

No National Safety Standards For Hitches People Can Make Them Homemade

No National Insurance Or Organization Other Than Us Is Keeping Track 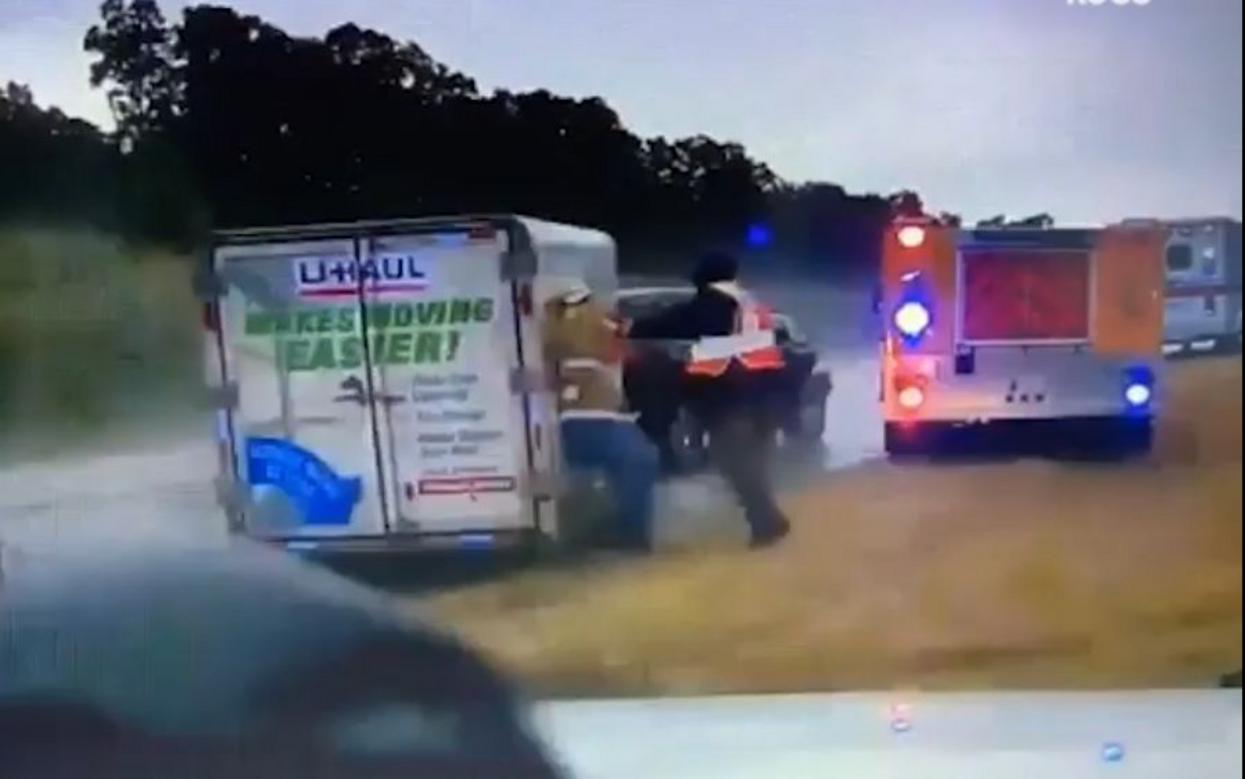 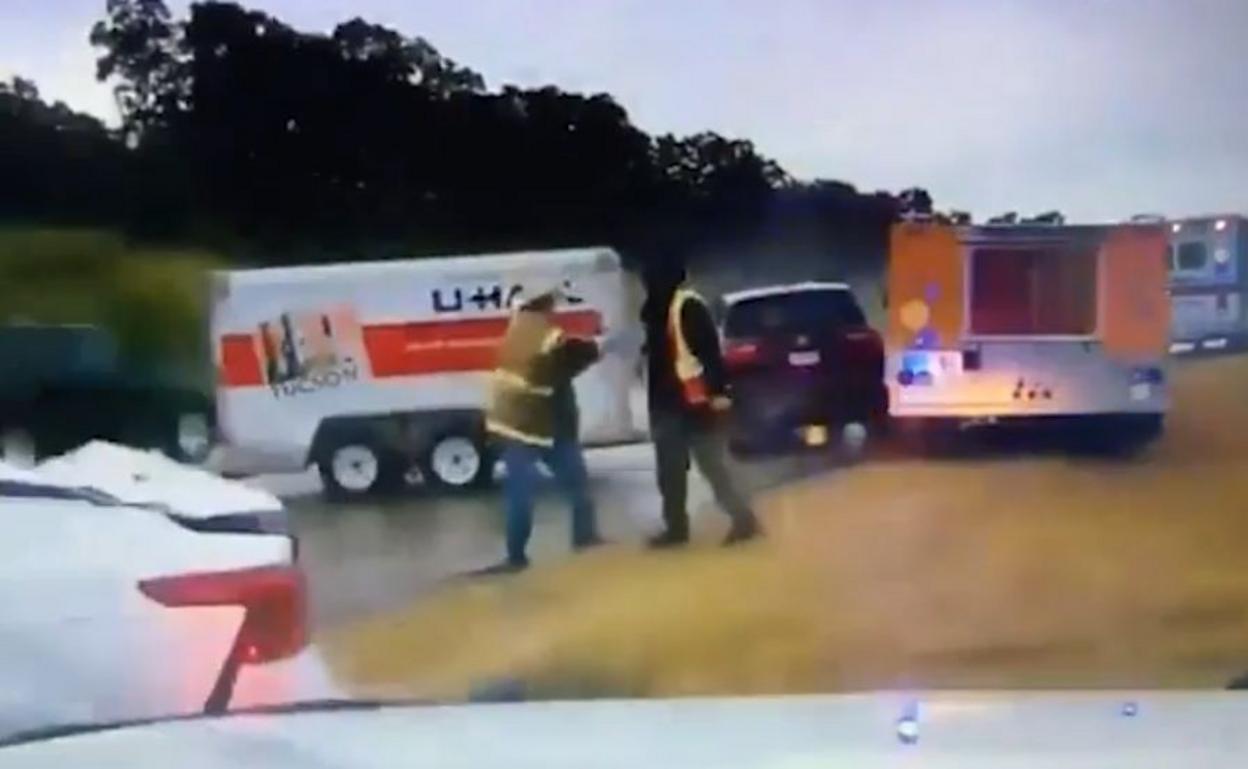 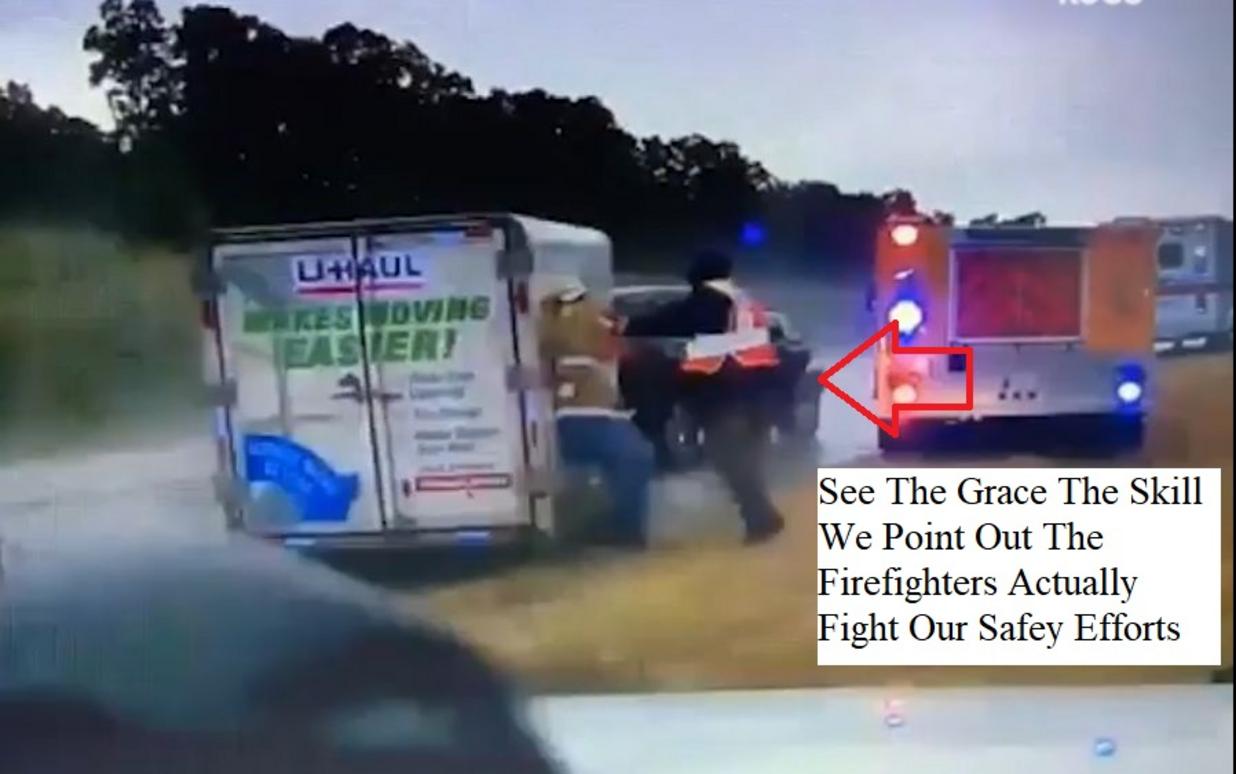 The Oklahoma Highway Patrol released dramatic dashboard camera video from a few weeks ago, when two firefighters in southeast Oklahoma were hit by a trailer along the side of a wet road.

The video shows two men with the Stringtown Fire Department standing in a grassy area off a road in the rain when the driver of an SUV heading in the opposite direction lost control. The SUV hydroplaned and crashed into another vehicle on the shoulder, causing a U-Haul trailer to whiplash and hit the two men.

Oklahoma Highway Patrol officials said the two men did not have any broken bones and left with only bruises.

"This is a graphic reminder to SLOW DOWN -- especially when roads are slick and you see flashing lights," Oklahoma Highway Patrol officials wrote Tuesday in a Facebook post. 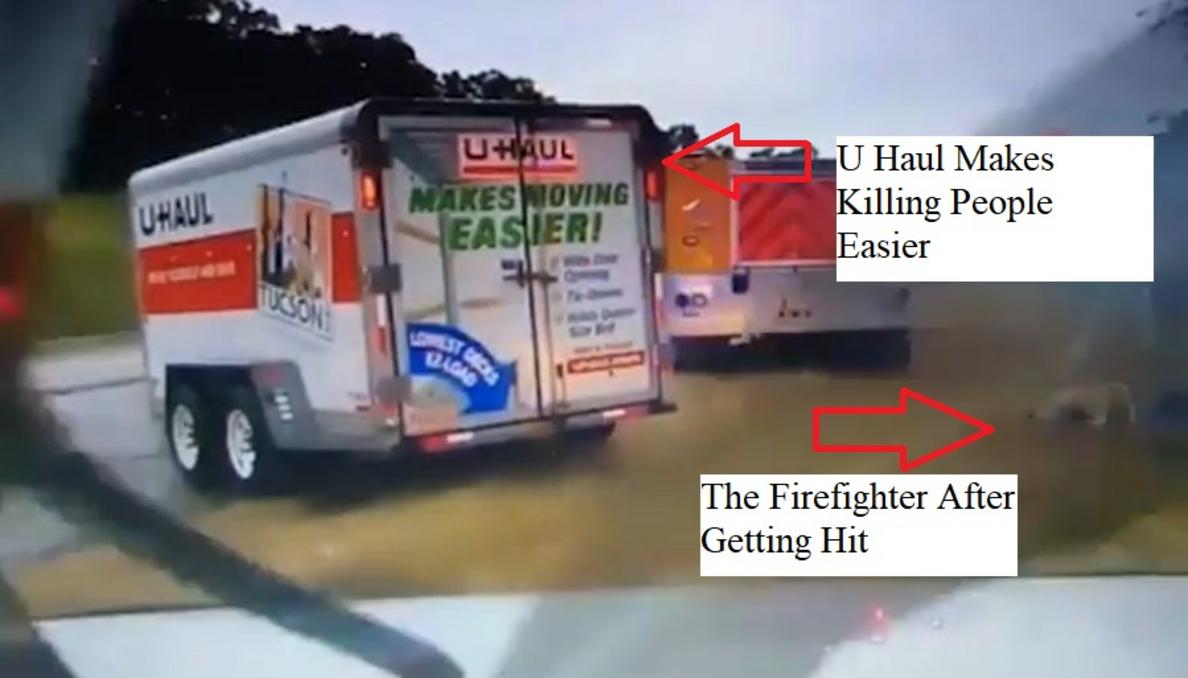 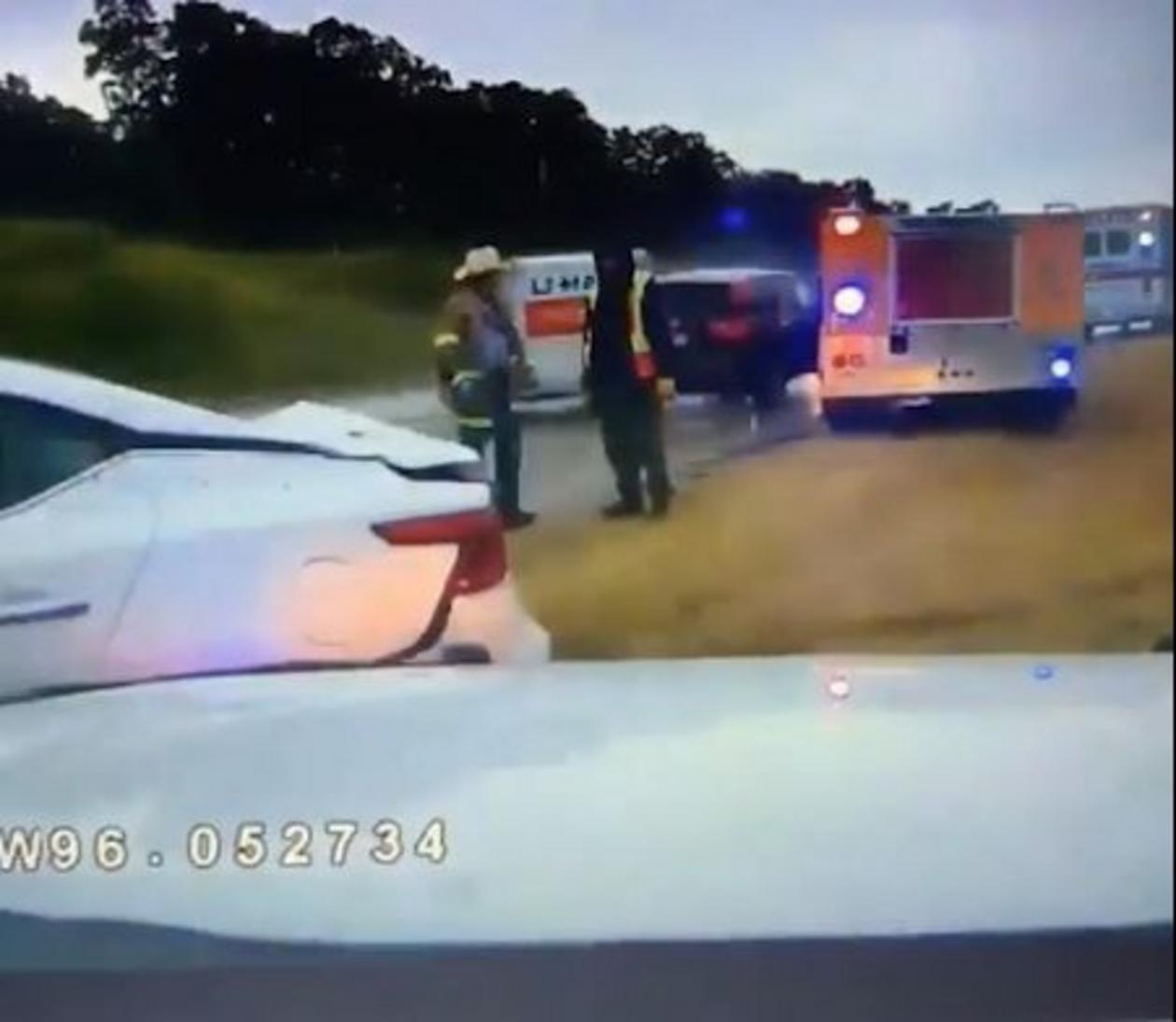 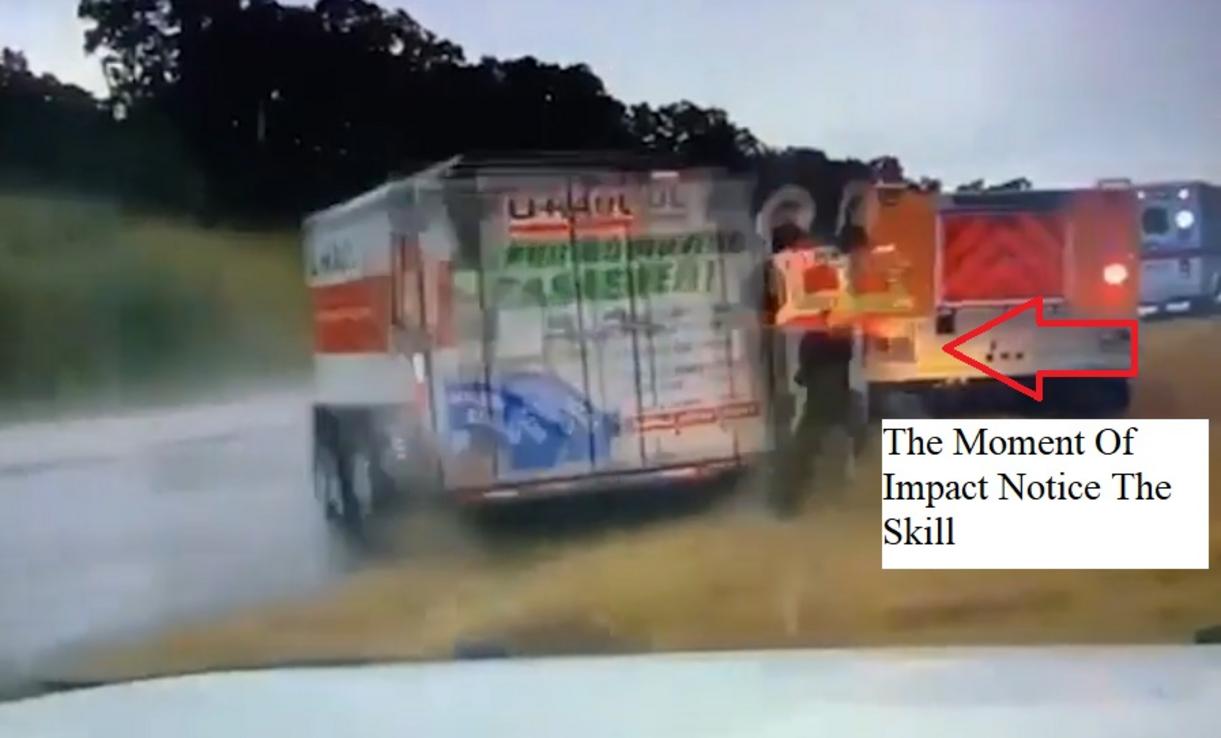 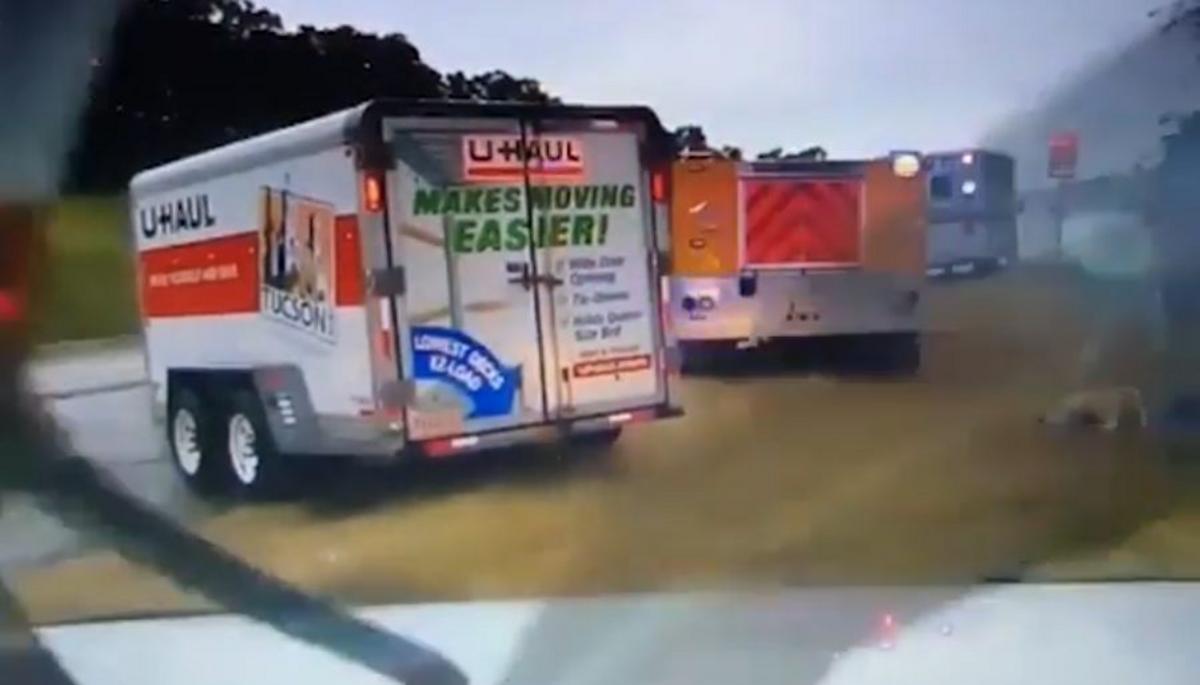 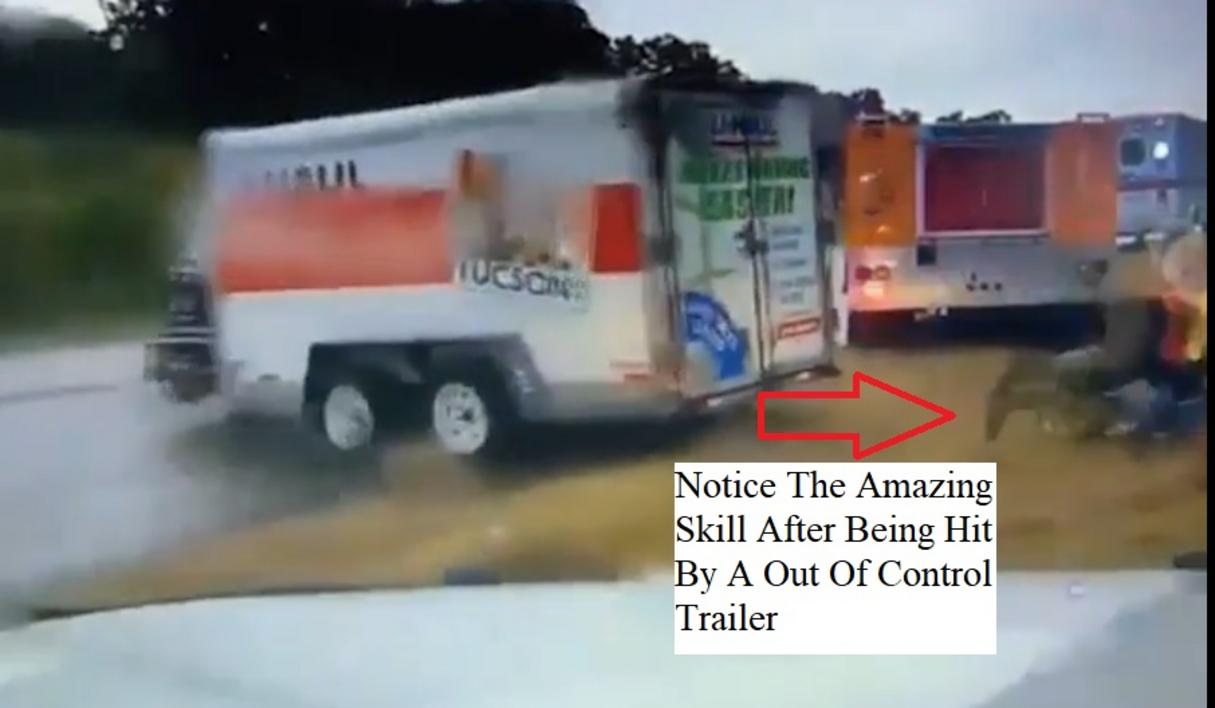 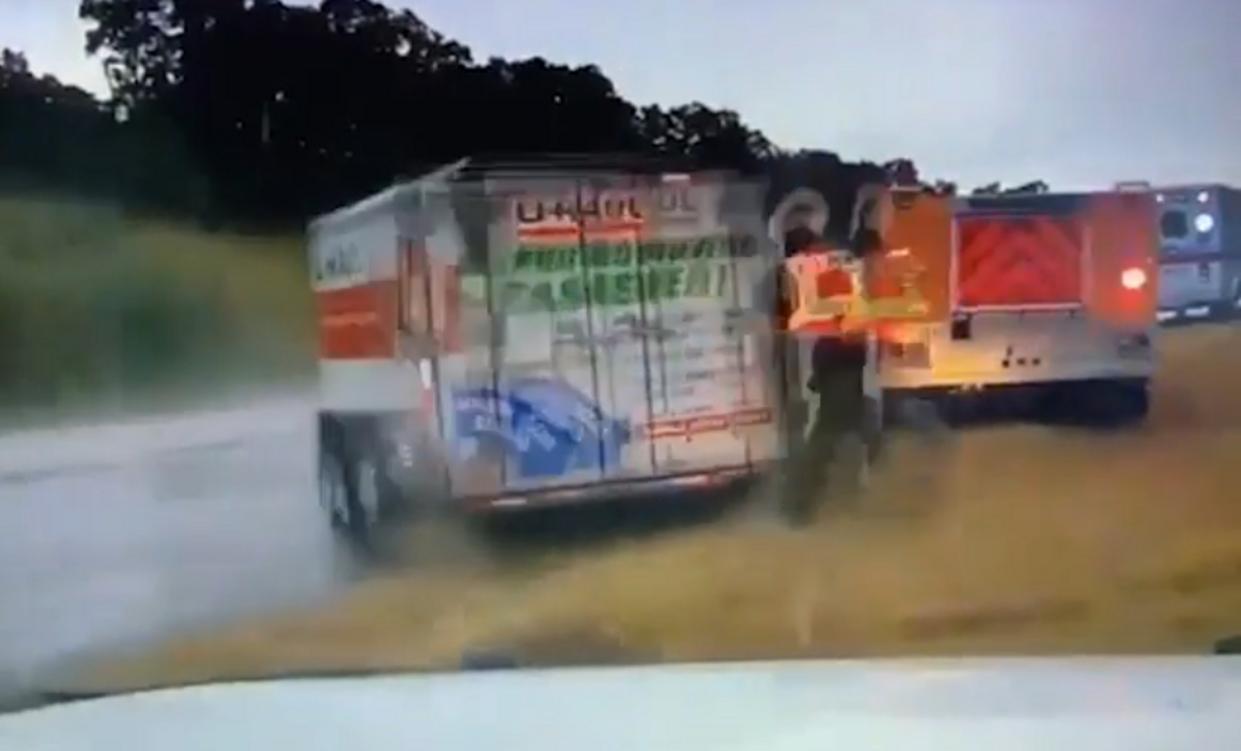