UPDATE | Police: Driver of RV failed to yield, overturned on top of car on Riverwatch Parkway

MARTINEZ, Ga. (WRDW/WAGT) -- Investigators say the driver of a Gulfstream motorhome that overturned onto a car on Riverwatch Parkway failed to yield to oncoming traffic.

The driver, 55-year-old Kevin Lynch, was turning left from Stephens Road onto Riverwatch Parkway. A 2017 Ford Escape driven by 23-year-old Kasie Stewart was traveling east on Riverwatch. Upon impact, the motorhome overturned on top of her car, pinning her inside.

Both Lynch and Stewart were extricated from their vehicles and transported to Augusta University Medical Center for treatment.

The investigation continues and it is unclear at this time what charges will be filed if any.
12:25 p.m.

COLUMBIA COUNTY, Ga. (WRDW/WAGT) -- Columbia County Sheriff's Office investigators are on the scene of an accident involving an RV and a car on Riverwatch Parkway at Stevens Road.

According to the Sheriff's Office, the RV is on its side and on top of the car. It is currently unclear the extent of injuries.

We have a crew on the scene. Stay tuned for updates. 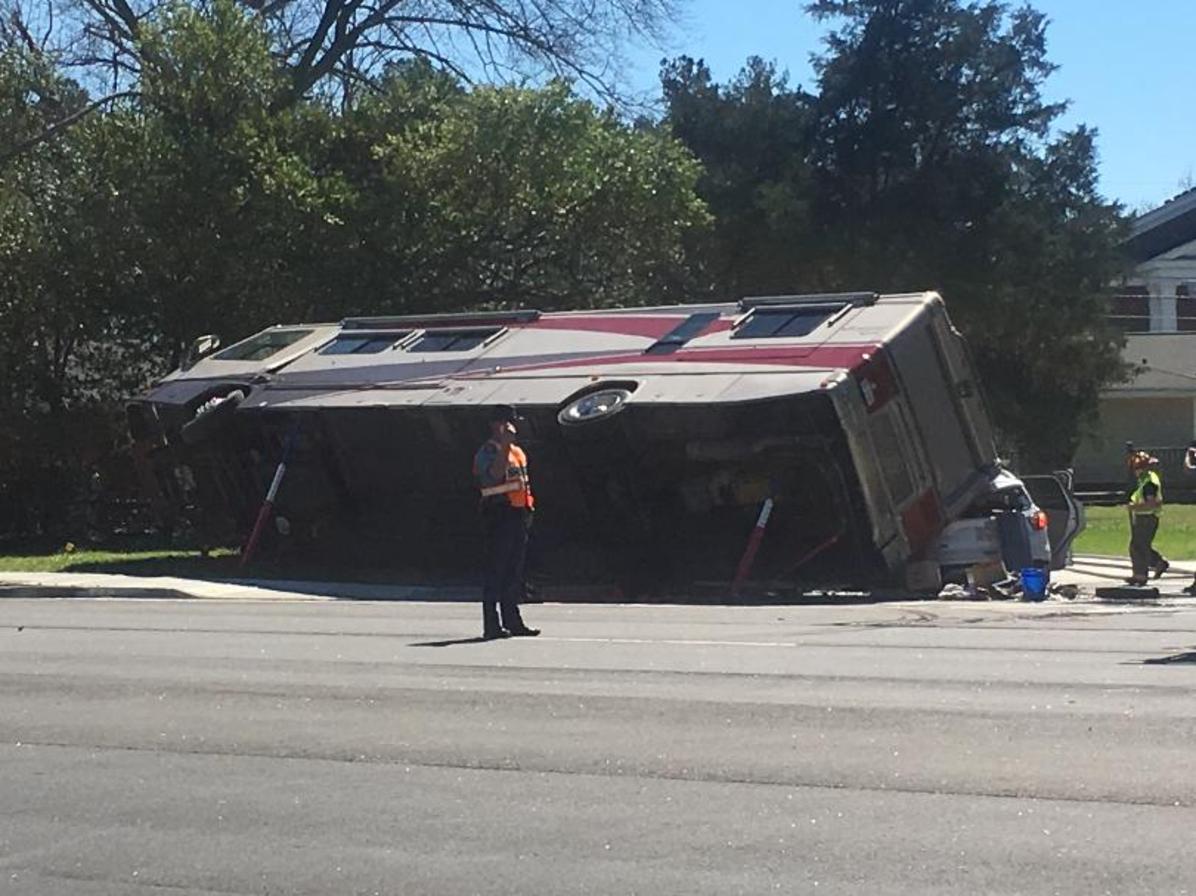