But Goodyear Can Hide And Pay Off Over 100 Families And Not Disclose Or Recall Their Defective Tire? 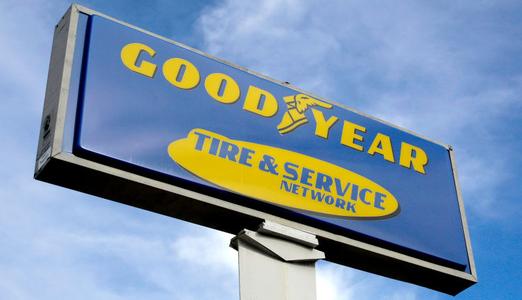 The U.S. Department of Transportation’s Office of Inspector General has opened an investigation into an allegedly defective Goodyear Tire & Rubber Co. RV tire that’s linked to nearly 100 injuries and deaths.

Goodyear is already facing an investigation and a maximum $105 million fine over the tire, the G159 275/70R 22.5, from the the National Highway Traffic Safety Administration, which is focusing on whether the company failed to properly report crashes to federal regulators. While the OIG is also part of the Department of Transportation, it is an independent law enforcement agency and, unlike NHTSA, its team includes criminal investigators that can refer cases to the U.S. Department of Justice for criminal prosecution, as well as civil fines.

The disclosure of the probe came in response to a Freedom of Information Act request filed earlier this month by Jalopnik. The request sought records dating back to Jan. 1 from the inspector general’s office pertaining to the tire.

The OIG denied the request, citing an exemption under federal statute that “protects information in law enforcement files” related to ongoing proceedings.

“The information you requested is contained in records related to an investigation that is ongoing,” the OIG wrote in its response. “Moreover, potential administrative, civil or other proceedings have not been ruled out.”

A Goodyear spokesperson, nor the U.S. DOT, immediately responded to a request for comment. The OIG said it doesn’t comment on ongoing investigations.

It’s unclear how long the probe has been ongoing. The OIG has oversight of auto safety and previously assisted investigations of major auto scandals, including the deadly Takata airbag inflators and the General Motors ignition switch fiasco. The OIG says its top priorities include crimes with a public safety impact and consumer and workforce fraud.

Goodyear has been facing increased scrutiny over the G159 tire ever since NHTSA launched its probe at the beginning of the year. NHTSA has been looking into claims that the G159 was prone to heat-induced failure when used on RVs at highway speeds. The alleged defect in the tire has been been linked to at least 10 deaths and 90 injuries, according to Jalopnik’s ongoing investigation.

The G159 was manufactured between 1996 and 2003, and an estimated 40,000 ended up on RVs. Court records indicate the tire failed on as many as one-in-10 motorhomes—a failure rate that surpasses the infamous Firestone tires of the 1990s.

At least 41 lawsuits have been filed over crashes involving the tire, alleging the G159 was prone to heat-induced failure when used at highway speeds. The company secured settlements in nearly every case, which prohibited plaintiffs from sending information to regulators until a court order authorized the disclosure to NHTSA last summer, the agency has said.

Goodyear increased the G159's speed rating from 65 to 75 mph in the late 1990s, even though its own tests showed it wouldn’t have satisfied internal standards for qualifying at that speed. Following the change in 1998, failure claims increased rapidly, records show. No safety recall has ever been issued.

Goodyear has previously said that it doesn’t believe the tire is defective, and the company says it’s fully cooperating with authorities.

In the early stages of an investigation, the OIG says, any allegations that appear to be criminal in nature will be referred to the U.S. Department of Justice for consideration of a prosecution. If the DOJ accepts the referral, the OIG works in coordination with the department on the probe.

For example, the OIG assisted in the government’s probe of Toyota about safety issues related to unintended acceleration in its cars. When the issue came to light, the OIG says it was “prompted to review NHTSA’s oversight of automakers’ efforts to remediate safety defects.”

Attorney David Kurtz, who has battled with Goodyear in court for more than a decade over a serious 2003 crash involving an Arizona family, praised the disclosure of the probe on Monday.


“I’ve been asking NHTSA to involve the inspector general since almost my first communications with the entity,” Kurtz said. “I’m glad to hear of their involvement.”

Last week, Goodyear reported an uptick in profits in the second quarter of 2018, citing growth in international markets. In a conference call on Friday with analysts to discuss the results, the government’s investigation into the G159 went unmentioned.

Jalopnik regularly hears from sterling readers and, on occasion, tipsters by way of tips@jalopnik.com. But perhaps you know something that you want to share with us, but don’t feel comfortable contacting us by way of traditional email. Here’s a few ways you can reach us securely.

Jalopnik is a news and opinion website about cars, the automotive industry, racing, transportation, …

There’s multiple ways to send along tips, and each provides different levels of protection, which we’ll elaborate on below.

A free open source messaging smartphone app, Signal provides end-to-end encryption for messages, calls, photos, and video. One key thing that puts Signal ahead of the pack in secure messaging is that it only retains the phone number you registered with, as well as when you were last using the app. That’s it.

The app lets users designate how they’re notified of new messages, allows messages to self-destruct after a set amount of time, and has a solid infrastructure in place to verify the person you’re chatting with is who they say they are.


A free messaging app owned by Facebook that allows for full end-to-end encryption, WhatsApp supports messages, photos, videos, documents, and calls. Messages and calls can’t be read or listened to by a third party, including WhatsApp. The app also has methods to confirm messages are encrypted. Unlike Signal, however, the company stores a lot of metadata about you—when you log on, contact information, your location (if you’re sharing it), and message timestamps.

The company also has an agreement to share data with Facebook, which has been in the news as of late over immense privacy and security concerns, and the messaging app’s co-founder recently departed, leaving many concerned over whether WhatsApp’s data tracking policy is going to change. So, bear that in mind if you decide to use WhatsApp for messaging.

If you don’t want to leave a digital trail, and you really want some peace of mind, SecureDrop is the way to go. Our colleagues at Gizmodo’s Special Projects Desk have already laid out how to go about using SecureDrop to reach us.

Here’s how they summed up SecureDrop: “It is a way for you to send us things—messages, tips, files, documents—while maximizing your anonymity and frustrating any attempts (including by us) to identify you as the source.”

You can reach us by SecureDrop using the instructions here.

One of the most straightforward, easiest paths to take. Use the United States Postal Service to send us letters, documents, USB drives, CDs, whatever’s necessary to pass along the tip.

Again, our Special Projects Desk colleagues have some handy recommendations to keep in mind, if you want to remain anonymous when sending snail mail: don’t include any identifying information on the package or letter. Use prepackaged stamps. Drop the package in a public mailbox, not a post office.

As always, if you have a very general note that you’d like to pass along—for instance, a link to a news story we might be interested in writing about—keep dropping us a line at tips@jalopnik.com. And the site’s editors can all be found here.

Stunning Coverup's Stunning Non-Disclosures How Can They Behave Like This? Part Two (2)