Loose boards knock out semi driver on I-80

LEXINGTON — A semi driver with Pride Transportation traveling eastbound on I-80 near mile marker 242 on Tuesday, Jan. 29 was knocked unconscious when loose boards from a flatbed semi entered through his windshield.

A semi with a flatbed trailer carrying boards was traveling in front of the Pride Transportation semi when around 10 a.m., boards which were not secured properly, came off of the flatbed trailer and broke through the windshield of the Pride semi and knocked out the driver, Nebraska State Trooper Robert Golden said.

The Pride semi then left I-80 and entered the right side ditch and continued traveling for roughly 1,500 feet southeast, said Golden, and going through two rural properties before coming to stop closer to the Platte River’s north channel than I-80.

Law enforcement on scene were the Dawson County Sheriff’s Office and the Nebraska State Patrol.

The Lexington Volunteer Fire Department was called to the scene, and had to travel cross country to reach the semi and driver. The driver suffered head injuries and was transported to the Lexington Regional Health Center. Golden said he had no recollection of the events.

Golden said Pride Transportation utilizes dash cameras and the recording showed the entire incident. The driver of the semi with the flatbed trailer was stopped near Elm Creek by the NSP and will be cited with a load securement violation, said Golden. 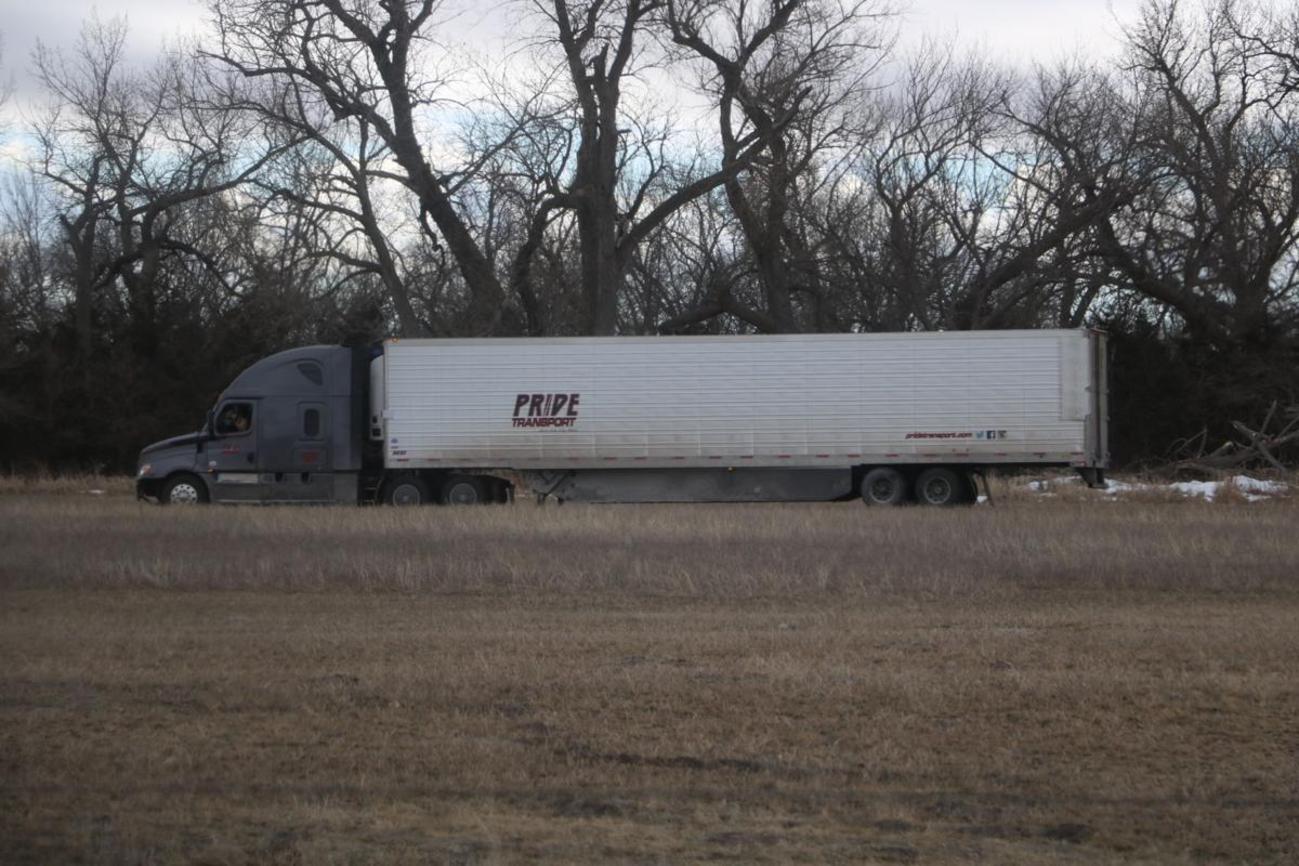