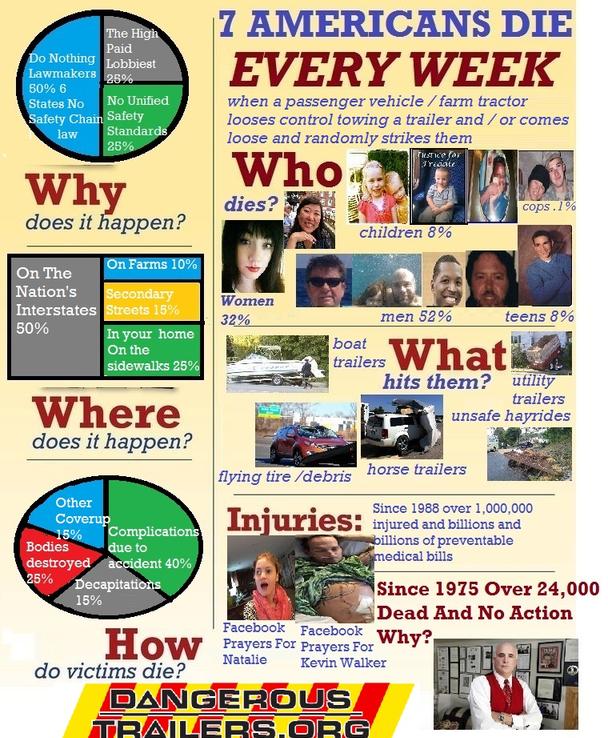 Schumer was in St. Lawrence County Friday, where he said the federal government should require trucks to be equipped with energy-absorbing underride guards.

Schumer said the accident in the Oswego County town of Sandy Creek shows the urgent need to improve truck safety in order to better protect drivers and passengers involved in truck underride crashes.

On the night of July 5, a milk tanker swerved on Route 81 to avoid striking deer on the highway.

According to police, two vehicles were unable to avoid striking the tanker and passed under the trailer.

Killed in the crash were:

State Police have identified the four people as:

Moore, Williams and Cota were employed by the Canton-based R.B. Lawrence Ambulance Company.

Schumer met with family and members of the ambulance company Friday to push for improvements in truck safety.

“Safety should be paramount, no question. And I recognize it does cost money and I think the government should try to augment some of that cost,” said R.B. Lawrence, owner of R.B. Lawrence Ambulance.

Schumer said the federal government should require trucks to be equipped with side underride guards. He also called for new research into front underride guard standards.

Schumer said the safety benefits of underride guards are proven and well-known and that these new safety requirements can help protect all New Yorkers on the road.

The National Safety Transportation Board has found them effective.

“They found that hundreds, hundreds each year of fatalities like this one would be preventable," said Schumer (D. - NY).

Since large trucks typically sit far higher than passenger vehicles, Schumer said underride guards along the rear and sides of the truck can help prevent vehicles from going underneath the truck in an accident and in many instances can make the accidents that do occur far less devastating.

While some trucks are already equipped with this technology, many are not and that's why Schumer is calling for quick action on a federal standard.

We fully support the awareness of poor underride bars and the loss of life due to this issue.  We simply state the facts.   If this gets the attention of Senator Chuck Schumer and remember it's the people driving the vehicle that is hitting the trailer....then why not people who tow defective and homemade trailers and since 1975 over 24,500 dead, men, women, children, 28 cops, 2 firemen and 1 FBI agent that we know of all by these defective trailers built to NO NATIONAL SAFETY STANDARD that simply comes loose and kills randomly.

Should we not address all of these preventable deaths?  Why are people towing homemade trailers on public roads that have no safety standards?   Senator Chuck Schumer has never answered my questions.

Why 6 States have no safety chain law

Why 12 States have no registrations for trailers

Why have over 100,000 horses been killed by these trailers when they come loose?

Senator Chuck Schumer How many Americans have been killed by under ride accidents?