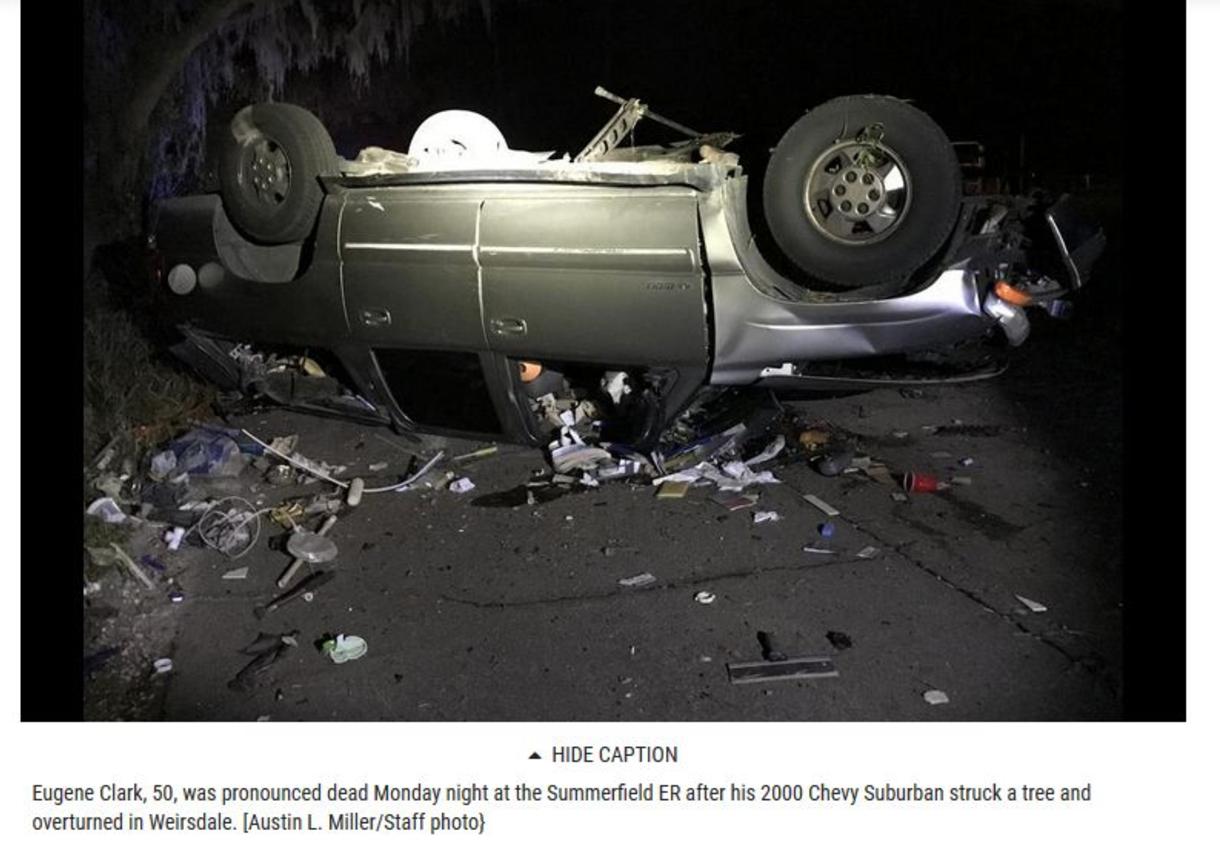 The crash happened on SE 156th Place Road in Weirsdale

WEIRSDALE — A Umatilla man died Monday when the vehicle he was driving struck a large tree on a two-lane roadway in Weirsdale.

Troopers said Clark was driving a 2000 Chevy Suburban that was pulling a utility trailer and traveling west on Southeast 156th Place Road. For an unknown reason, the vehicle swerved to the right.

Authorities said the right front of the Chevy struck a large tree. Upon impact, the vehicle rotated and overturned onto its roof and slid. The Chevy stopped in the middle of the roadway.

The trailer detached and it struck a nearby fence.

Officials said Clark was ejected from the vehicle and onto the roadway. FHP officials said he was not wearing a seat belt.

Neighbors came outside, saw the crash and called 911. Clark was taken to the hospital.

Troopers were dispatched to the crash site, by SE 156th Place Road and 160th Avenue at 6:39 p.m. Up to 10:30 p.m., the roadway was blocked as troopers continued their investigation into the incident.

People Who Tow Anything Are 6 Times More Likely to Have An Accident And Or Kill Others.