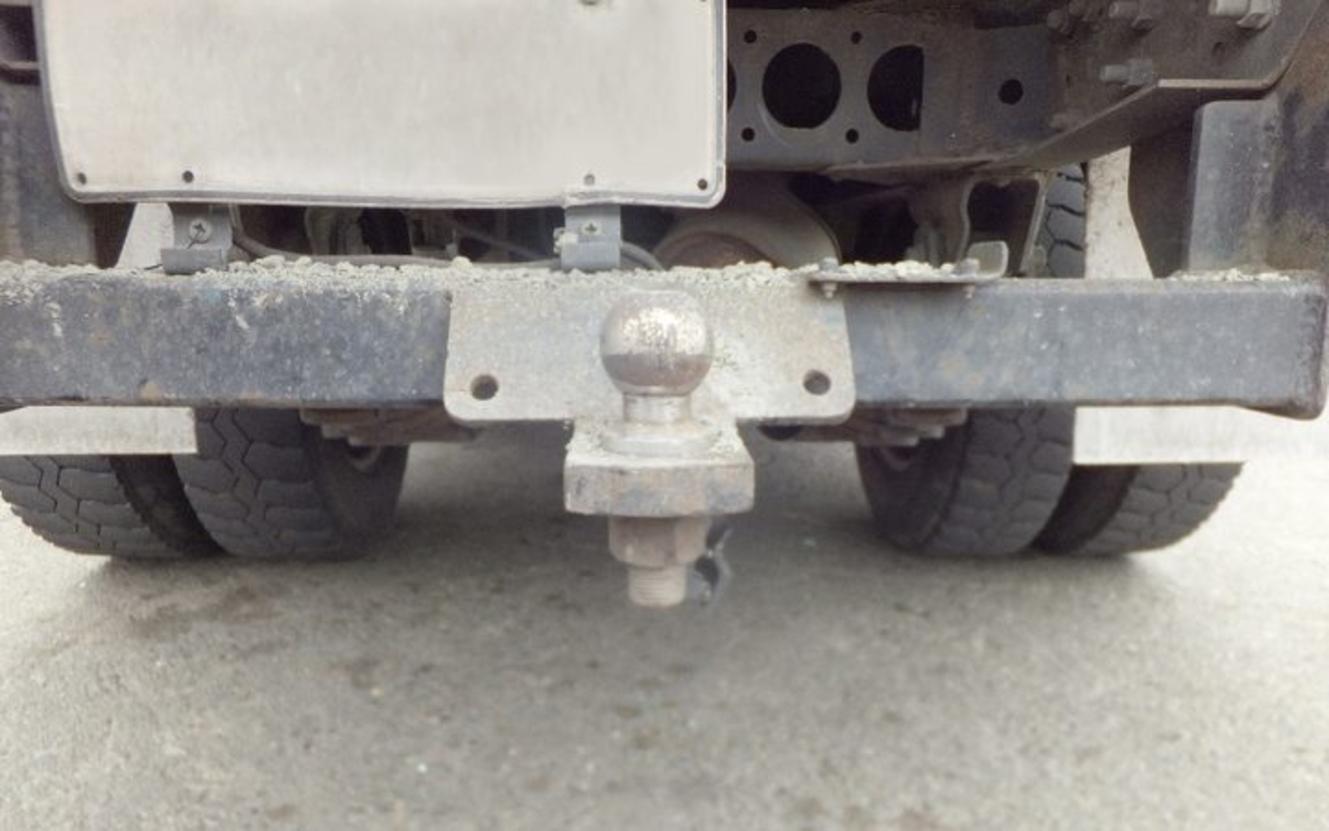 Hall's of Auckland has had to repair or replace 12 towing connections mostly due to cracks, after checks on 150 trucks. Photo: RNZ / Supplied

The Transport Agency (NZTA) investigation is also looking into whether heavy vehicle certifiers have been signing off towing connections by looking at photos instead of checking them in-person.

The auto-brakes, designed to immediately stop any trailer that comes loose, failed on a 48-tonne truck-trailer that snapped off, careened across State Highway 6 and into a bank last August. No one was hurt, but the incident helped prompt a safety alert this year.

NZTA has blamed the failure on "poor maintenance standards" on the unit.

NZTA cut its heavy vehicle compliance team of a dozen in half in 2014, even as more and more bigger, 50-tonne, 700-horsepower trucks were being allowed on the road - now it is adding five auditors and engineers.

It started bringing in other changes last year, aimed at doing targeted checks based on "intelligence", in place of a broad-brush approach to auditing certifiers.

NZTA is also introducing extra inspections of semi-trailers, plus rules for getting trucks modified so corrosion can be spotted more easily.

A safety sweep in Nelson has led to 500 heavy vehicles being re-certified, with another 400 needing even more work, such as repairs or replacement towing parts, despite being on the road up until recently. Another 500 vehicles still need to be inspected.

In a second lot of safety inspections of 1000 refrigerated semi-trailers nationwide, big reputable operators found problems: Hall's in Auckland had to repair or replace 12 towing connections mostly due to cracks after checks on 150 trucks.

Hall's raised semi-trailer design and safety concerns with the agency in March 2017.

NZTA has confirmed its investigation is also looking into whether certifiers had been signing off truck-trailers by 'remote', that is, doing a design, sending it to a workshop, then okaying it on the basis of photos only.

Sources told RNZ this has been happening.

But NZTA said it couldn't provide any further details while the investigation was underway, "as any such evidence could be used to support decisions to suspend or revoke the certification authority of the individuals under investigation".

NZTA has also refused or delayed six Official Information Act requests from RNZ, saying it's because investigations are ongoing.

Industry insiders won't talk publicly for fear of jeopardising contracts or becoming a target of the agency or trucking industry. But those who have talked to RNZ on the basis of anonymity include certifiers, truck operators and other engineers.

"This sort of thing has been a time-bomb ticking away for the last few years and I think that the problem is even worse than reported," one said.

"A lot of engineers in the heavy vehicle side, they are out of their depth really," another said.

Two certifiers estimate 5 to 10 per cent of the 80-strong workforce of heavy vehicle certifiers were either deliberately cutting corners to capture business, out of their depth or under such pressure from overwork they were prone to mistakes.

One insider said: "I could name four or five other certifiers which I'd be very surprised the Transport Agency is not looking at."

It had taken too long to get to this point, an industry veteran said, adding "NZTA's auditing of certifiers is a joke".

"Like all modern-day audits, if the paper trail is correct then the job must have been done well. The physical aspect of the certification process only rates as of minor importance."

Two other sources raised the problem of heavier truck designs relying on lighter-grade, higher-tensile steel that is much harder to weld, and that while the welders were qualified, the welding process was not being inspected as it should be.

"The brake rule ... was introduced in 1991 and it contained errors. Those errors exist today despite industry groups trying to get them rectified," an ex-certifier said.

An agency proposal to allow the maximum tyre pressure for some trucks to rise from 825 to 900 KPA was also a problem. The agency said this was for safety and fuel efficiency; however, it puts more stress on the trailer and the road.

We Keep Asking Why Are All These Trailers Failing?