Christian Tejano singer Javier Galvan is known for his music and ministry, but now he's known as a victim of theft.

Christian Tejano singer Javier Galvan is known for his music and ministry, but now he's known as a victim of theft. His says his ministry's church trailer full of school supplies was stolen Thursday night.

"As I was on the radio this morning telling my audience what happened, I felt violated. I felt like, not so much, disappointed more than anything," said Galvan, who was disappointed because it was a new trailer filled with items for children. "Six bikes, including a little motorcycle, a scooter, and things like that, for back to school events, and then we had some backpacks, the backpacks that we give out."

The only school supplies left now are two boxes of backpacks. Part of a small sound system that his ministry uses for outreach was also taken.

"Personal stuff, yes, it hurts. But when it's for the ministry, for the stuff we do for the children, its tough," said Galvan, expressing his frustration.

The only evidence left is two blocks Galvan says the trailer sat on and some dirt he believes was left behind by whatever truck was used to take the trailer, as well as a large scrape going on for blocks down the street.

"They forgot to put the jack up on the trailer. I know the neighbor down the street does have a camera, so we are going to take a look at the camera footage and see what they have as far as footage," Galvan said.

If anyone sees the white trailer with an orange and black logo saying "Jesus Christ, Holy-David's Son," they're urged to call Galvan's ministries at 210-362-8716.

Prove my statement wrong I dare you.

"Trailers are the most often things stolen on two (2) wheels and sometimes (4) wheels....and the lest often found or recovered"

Prove this statement wrong....and I will go away.

I challenge all of you to prove me wrong....If you can prove my statement wrong...I will go away and never address stolen trailers ever again.
"Trailers are the most often things stolen on two (2) wheels and sometimes (4) wheels....and the lest often found or recovered"
This really ticks me off...last year over 1 Billion dollars of trailers...were stolen nationwide. 12 States have no registrations....for these trailers. A Farmer in VA can steal your trailer slap on the "Farm Use" tag and never get pulled over. Delegate Obannon knows that you can take anybody's trailer and call it a "homemade" trailer...fill out the VSA 22 and they give you a new vin number on a stolen trailer! Google...dangerous trailers Virginia helps stolen trailers Delegate Obannon and Delegate Loupassi and DMV commissioner Richhard Holcomeb is fully aware they find creative ways to harass us.

Another Stolen Trailer From The Boy Scouts....and you wounder why nothing is getting done in America?  It is because even a police chief is involved with stolen trailers and we are so delusioned by the media to think that "The Russians" are the cause of our problems.

Not true...the problem is our very own Government.

www.dangeroustrailers.org over 24,500 dead men women and children since 1975 by passenger vehicles that tow trailers..

www.stolentrailers.org over 1 Billion dollars every year now are stolen by Americans....against other Americans and  you can't blame the Russians.

Quote:
In a police report, the trailer and its contents were estimated to be worth $10,000. Trailers are one of the most-often things on wheels stolen, and one of the least-often found, an officer told Nussbaum.

So I keep asking why are so many people trying to stop us?

It is because of the political system we have in America...and special interest groups who argue that any reduction of trailer thefts would cause job losses in the Utility Trailer Industry yes I listend to the lobbiest of the trailer companies over 9 years ago say this.

Becky Nussbaum and her Boy Scout troop came home exhausted last week after a few days camping at Worth Ranch, about 60 miles west of Fort Worth.

A trailer full of “a rich amount of things collected over years and years” was on the road behind them — baseball equipment, fishing poles, backpacks, folding chairs and various other testaments to the fun the troop had while on the trip. The trailer was parked at Arlington First United Methodist Church on Thursday, but come Sunday morning it had been stolen.

“I went to church Sunday and saw the trailer was missing,” Nussbaum said. “I asked the assistant Scoutmasters if they had taken it, maybe to get it cleaned.

"But my heart sank when I saw the pieces of wood we use to brace it up laying there on the ground. I knew none of them would move it without taking those.”

Troop 517, which includes people of all ages with special needs, has been in Arlington for 25 years.

“Our founder believed scouting was important and vital for all young men,” Nussbaum said. “The troop has an age waiver so people of all ages with disabilities can join.”

Nussbaum said that at their core, Troop 517's members are just like every other Boy Scout.

“Our scouts, like all Boy Scouts, try to help the community,” she said. “They love Arlington and Texas and the United States. They are very proud to be Boy Scouts and very proud to participate just like everyone else.”

Camping is seen as a right of passage for all Boy Scouts, but with their equipment gone, Nussbaum doesn’t think it is financially or logistically possible for the troop to go again anytime soon.


“We go camping as a troop and have supplies that make it possible to modify camping so the scouts with disabilities can go.” she said. "They are very proud to be Boy Scouts and very proud to participate just like everyone else," Becky Nussbaum says of her troop.
(Boy Scout Troop 517)

The biggest loss, Nussbaum said, was the troop's 10 brand-new cots. Many of the scouts are unable to sleep on the ground, or even on air mattresses, because of their disabilities, so the cots were essential.

In a police report, the trailer and its contents were estimated to be worth $10,000. Trailers are one of the most-often things on wheels stolen, and one of the least-often found, an officer told Nussbaum.

Nussbaum didn’t know anything about leading a Boy Scout troop when she started in December 2015. The group's had suddenly resigned and a member had died, leaving the troop with just four members.

Nussbaum was a Sunday-school teacher with no scouting experience, but knew she had to step in after seeing how heartbroken people were as the troop began to dwindle.

Today, the troop has grown to nine members.

Now that its equipment is gone the troop will be relying on donations, which can be given to the Arlington United Methodist Church. Checks can be made out to Boy Scouts of America Troop 517, and all monetary donations are tax-deductible.

Nussbaum hopes it won’t be too long until they can replace everything that was lost.

“This is just so sad to me,” she said. “Some of our scouts are in their 50s and never had the chance to do this before. And some of the scouts are just young boys and they think this is so exciting. They believe everyone is good. It’s just so sad.” 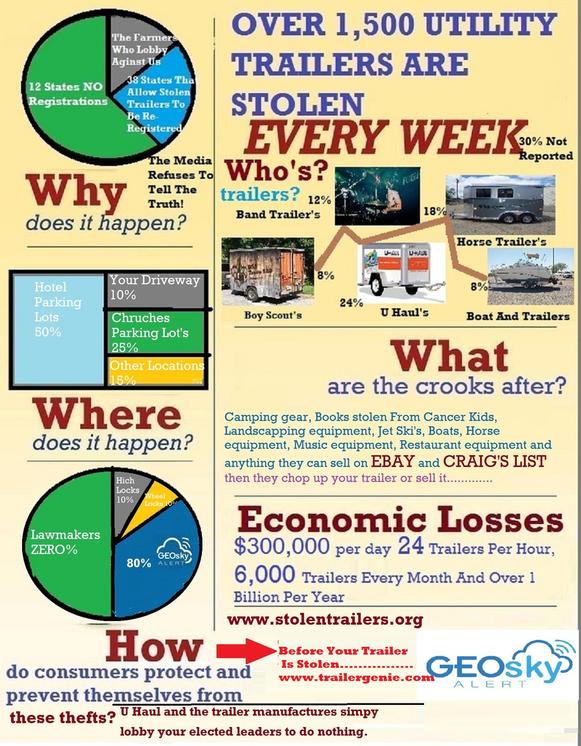 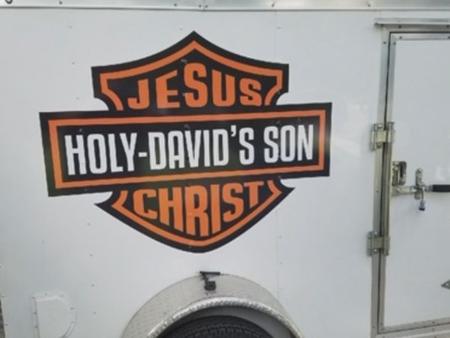