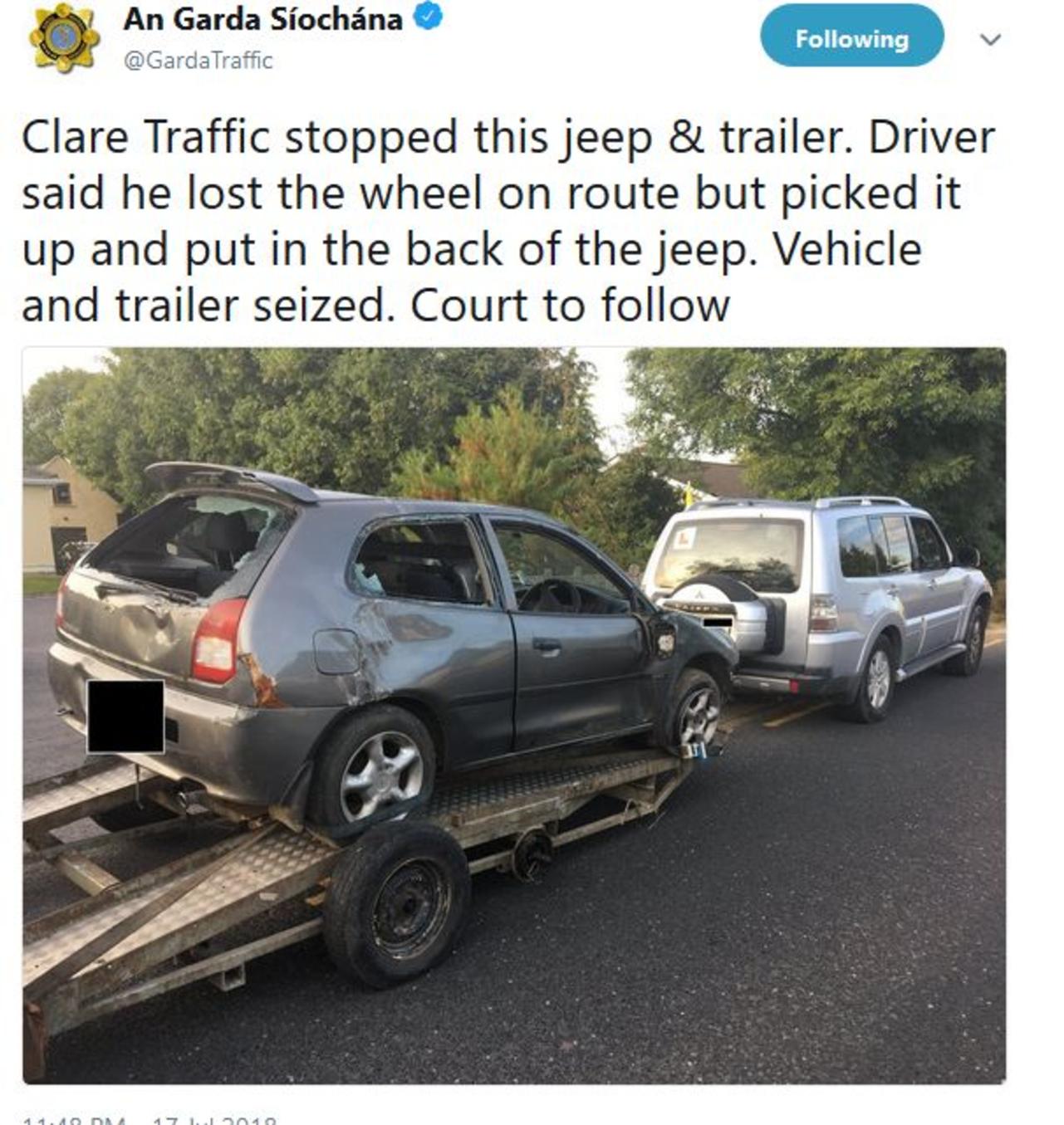 Trailer with a runaway wheel stopped in Clare
Claims of a wheel that came loose while en route were not enough for this driver to avoid a court date from Gardaí.

The United States Government And Every Police Officer in the United States  either are not trained to pull these unsafe trailers over or are unwilling to do so.  We have photo evidence to support our claims......

Each year now over 500 are killed...innocent victims of "Passenger Vehicles That Tow Trailers Like This" and nobody in the Entire United States except us and the victims are trying to change laws and make our roads safer.

Why is this so? 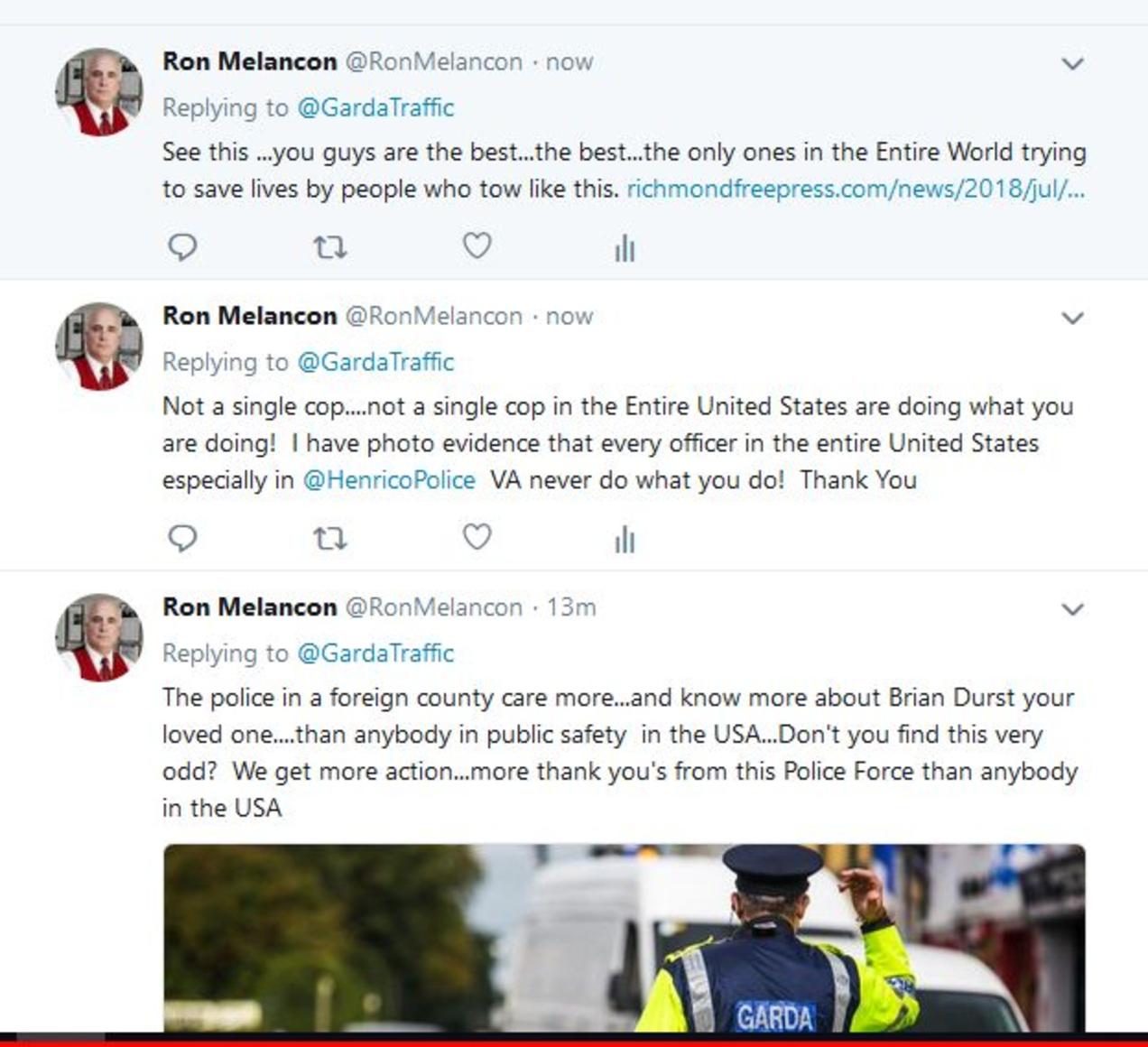 The driver was moving a damaged car on the trailer at the time they were stopped.

A jeep and trailer were stopped by An Garda Síochána in Co Clare on Wednesday morning as the trailer was missing a wheel.

The driver was moving a damaged car on the trailer at the time they were stopped. Gardaí seized the jeep and the trailer and the driver will now have to appear in court.

When asked about the missing wheel, the driver said they had lost it en route but picked it up and put it in the back of the jeep.