A travel trailer was destroyed in a crash just 20 minutes after a couple purchased it in Kitsap County.

The Auburn driver told WSP the trailer began to sway and she was unable to gain control. The trailer overturned and landed on its top in the left lane.

Both the driver and passenger walked away without injuries. The couple had just bought the trailer and were on their way home.

Hodgson said the driver will not be cited.

"Unbeknownst to them, the trailer has pressure treated 2x6 boards underneath, making the trailer heavier than they believed," Hodgson tweeted. 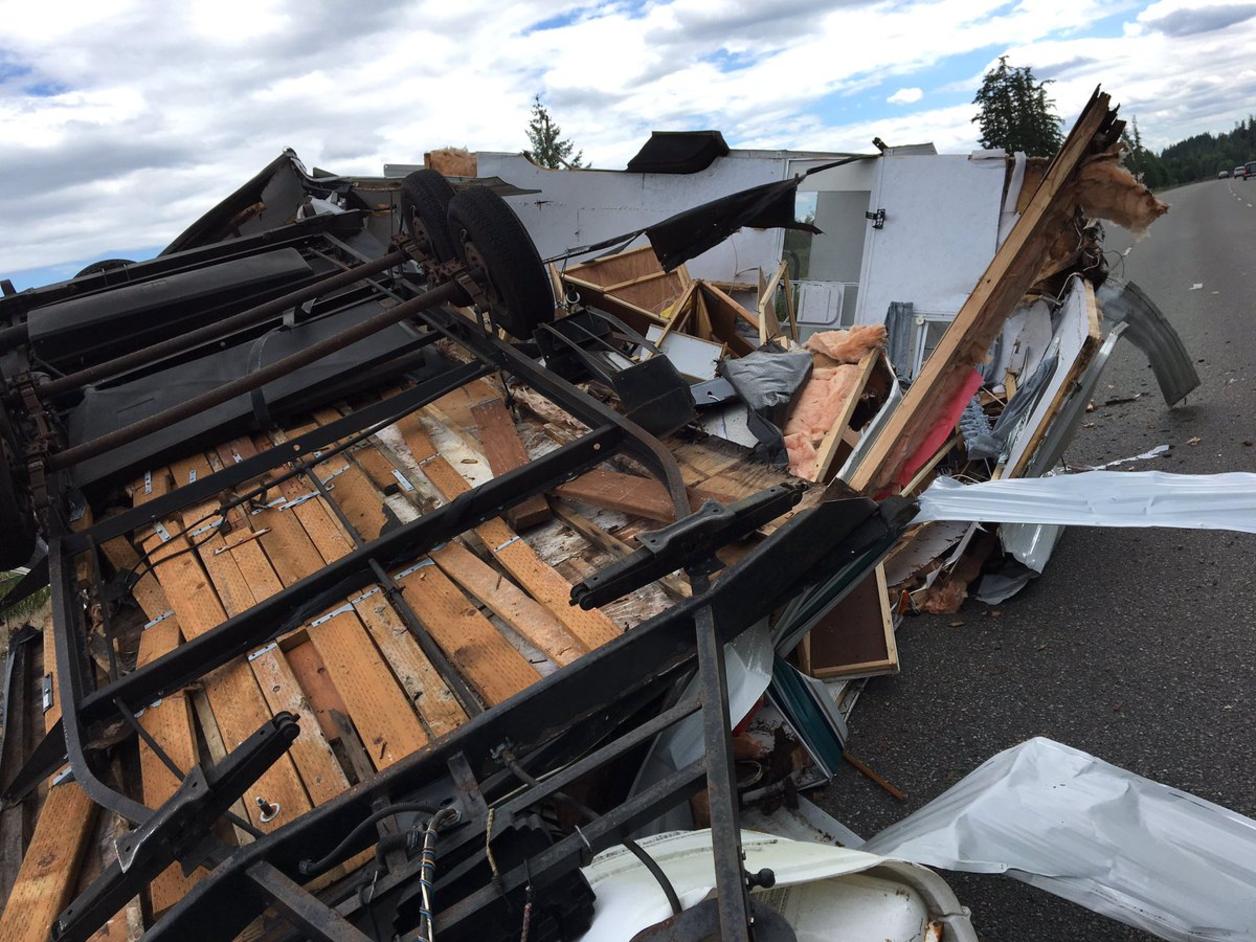 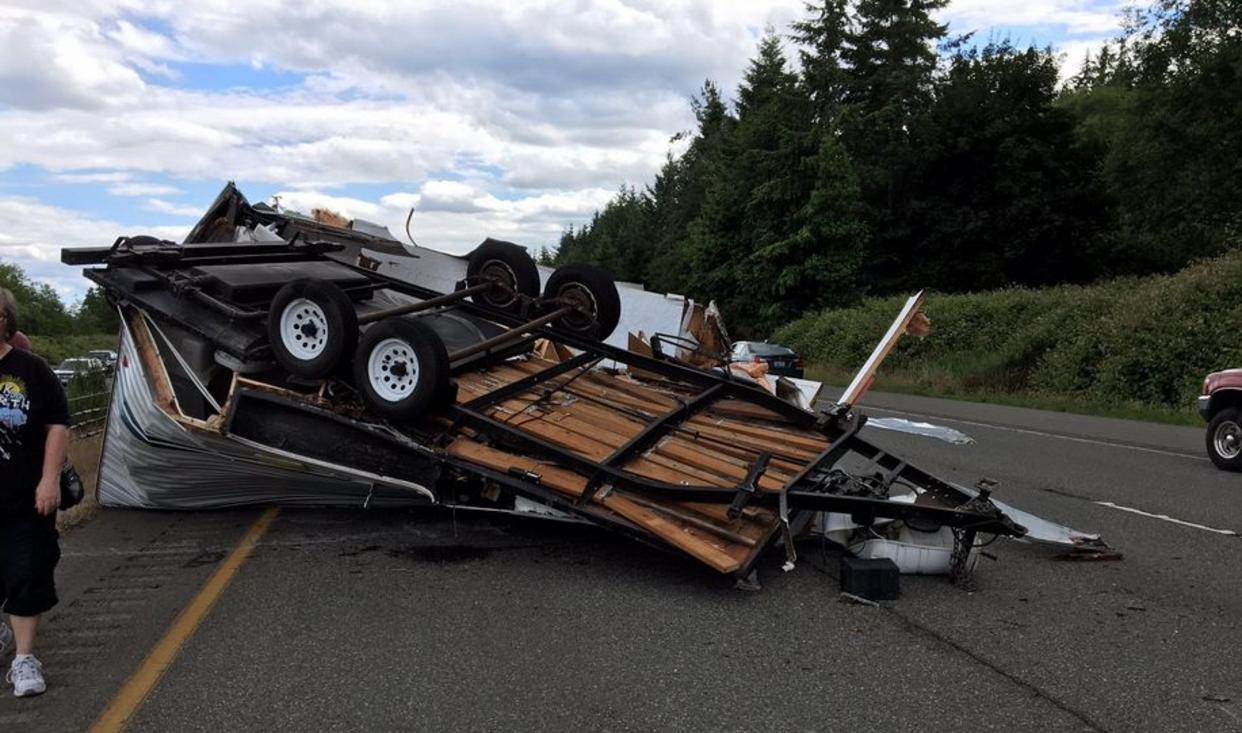 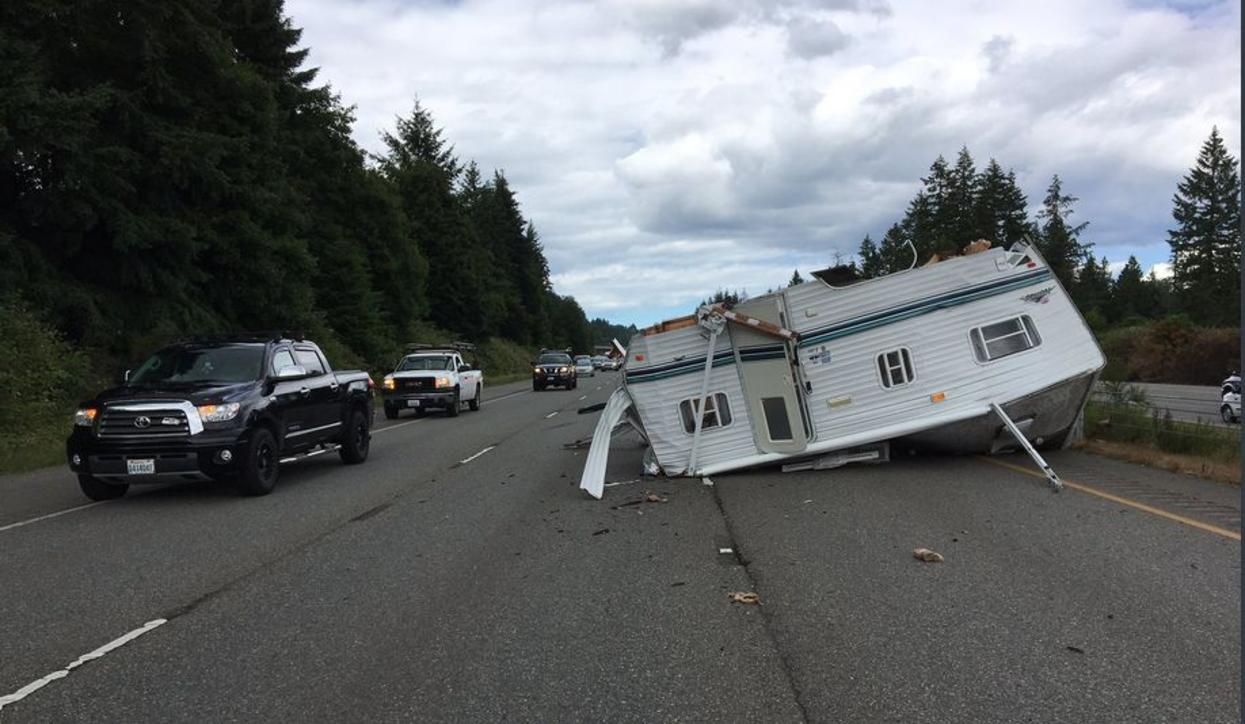 Right To The Point:

No National Safety building codes that all camping trailers must be built to.

Trailer destroyed in Silverdale 20 minutes after purchaseThe couple crashed their new trailer on their way home from their Poulsbo purchase.