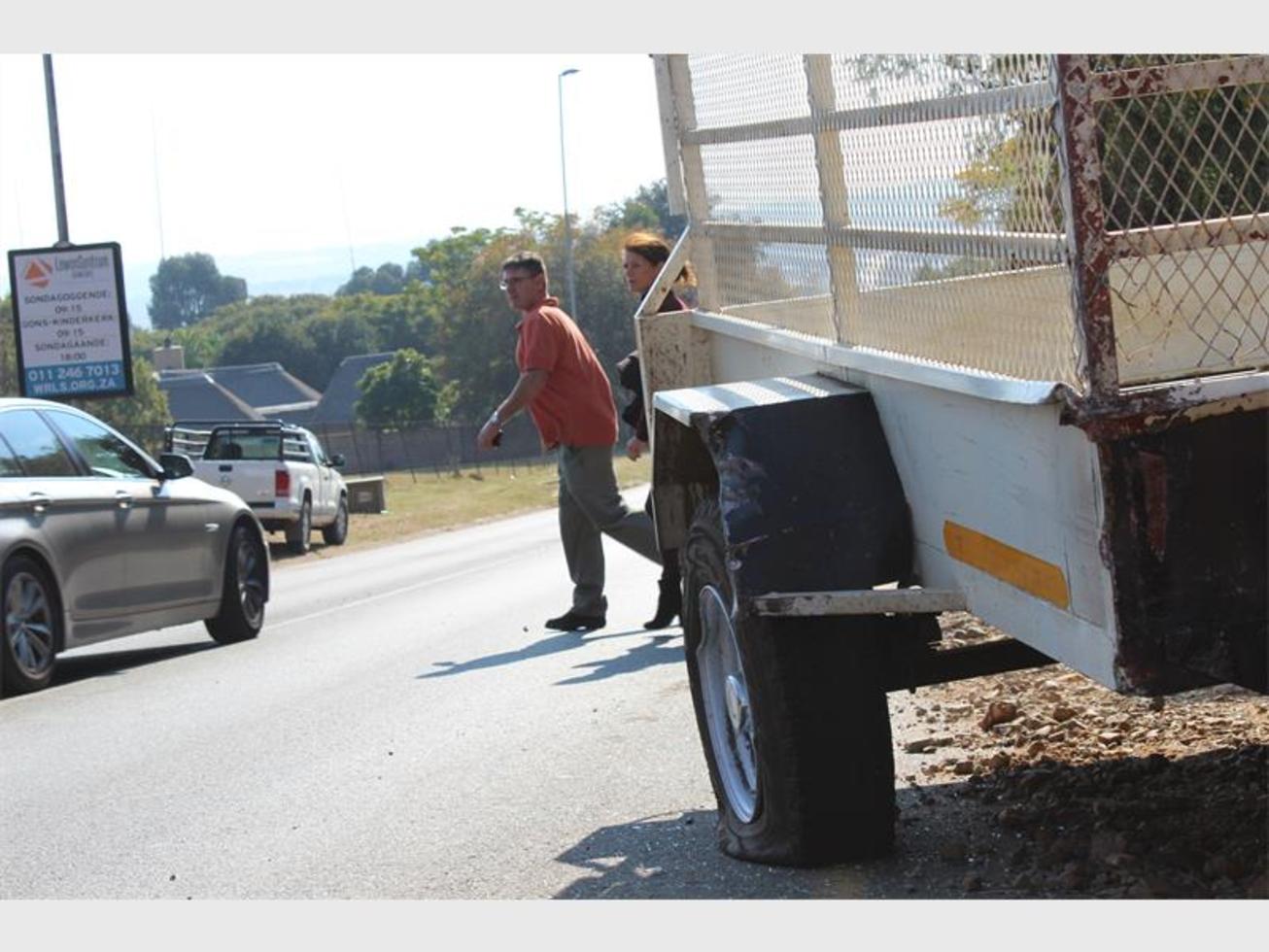 We Keep Asking....."Why Did The Trailer Come Off The Hitch?"

Trailer causes freak accidentHelp24 personnel explained what happened after the trailer had disengaged from the bakkie.
May 29, 2018

The trailer that became detached from the VW Amarok (parked across the road) causing a freak accident on Doreen Road. Photo: Siso Naile.

A VW Amarok bakkie travelling down Doreen Road towards Totius Road caused a life-threatening accident this morning, 29 May, when its trailer disengaged, causing it to crash into oncoming vehicles.

According to Help24, the drivers of a new VW Polo and an older model Toyota Corolla narrowly escaped with their lives when both of them had to avoid the runaway trailer speeding in their direction.

Also Read: Circus will not put tiger down after employee attack

Explaining what transpired, Julian van Staden from Help24 said, “The Amarok came down Doreen Road towing a trailer, which came off the vehicle and hit the Corolla, causing it to spin.

When the driver of the Polo tried to avoid the Corolla, the Polo hit the embankment.”

Emergency services were on scene. The driver of the Corolla sustained serious injuries and was transported to the hospital.

This a developing story.