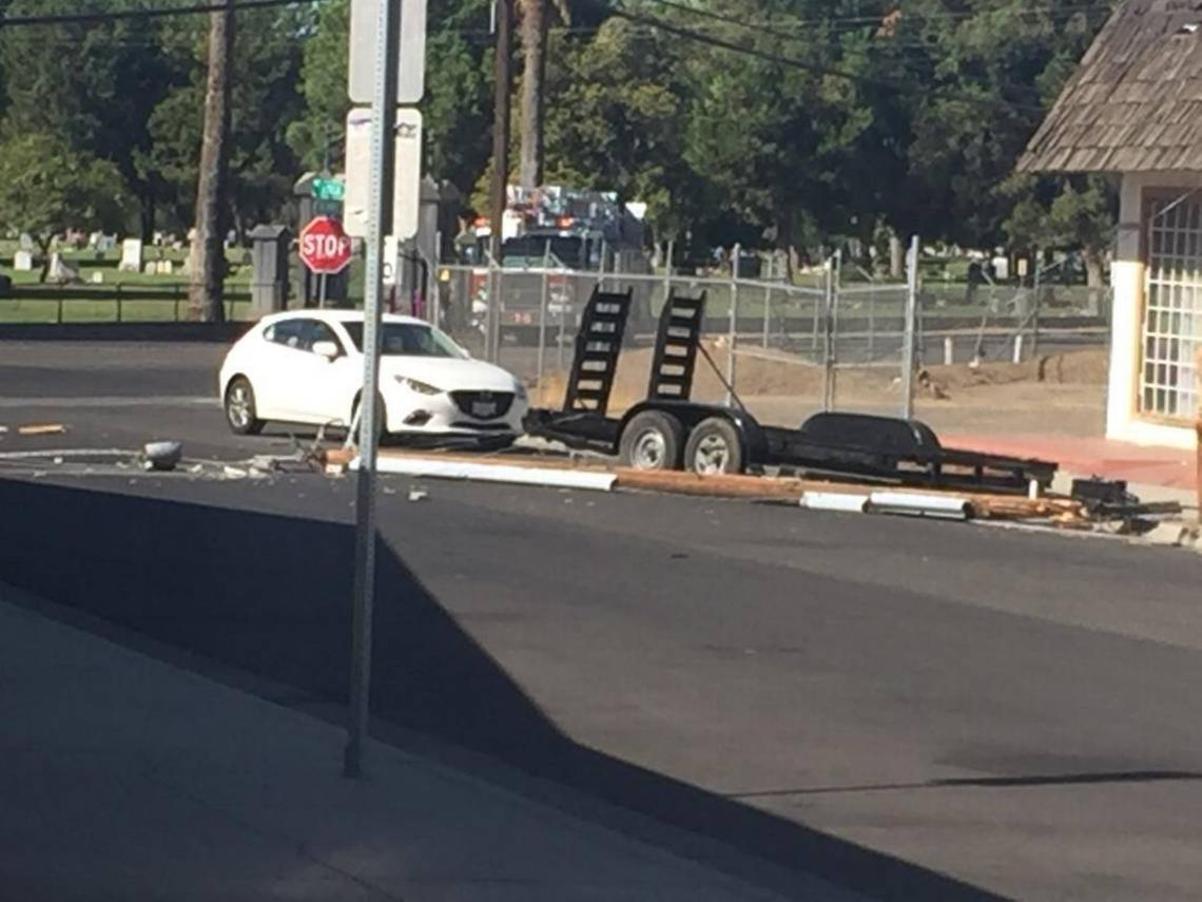 Belmont Avenue is closed between Parkway and Hughes avenues west of Highway 99 in Fresno Wednesday morning after a trailer crashed into a high power line.

A vehicle was towing the trailer when it broke free and careened into the pole, setting off a chain reaction as wires from that pole pulled down at least three other poles.