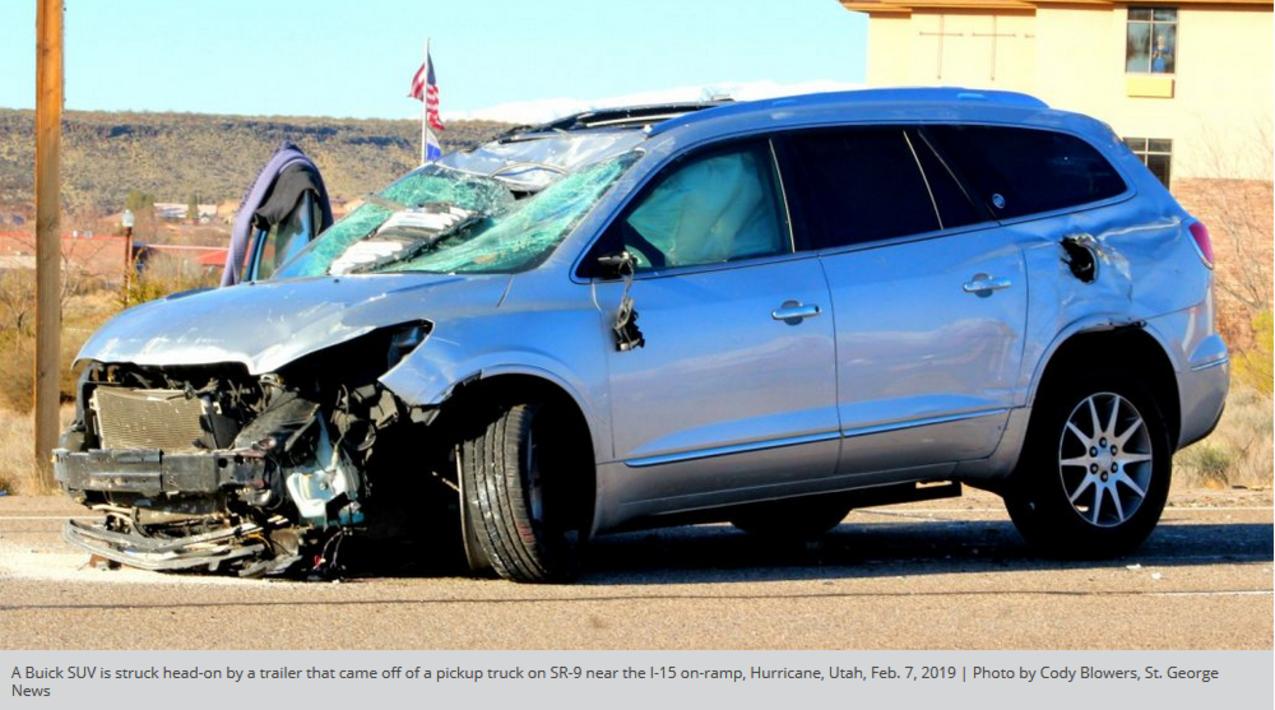 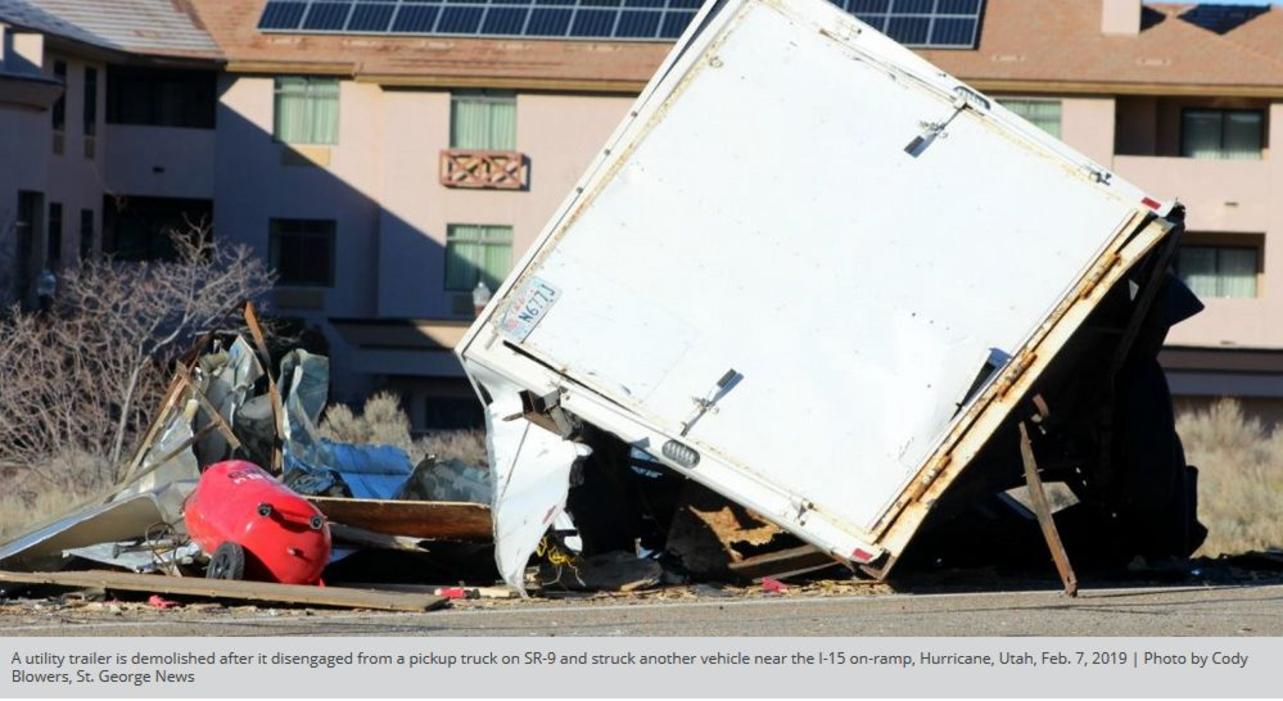 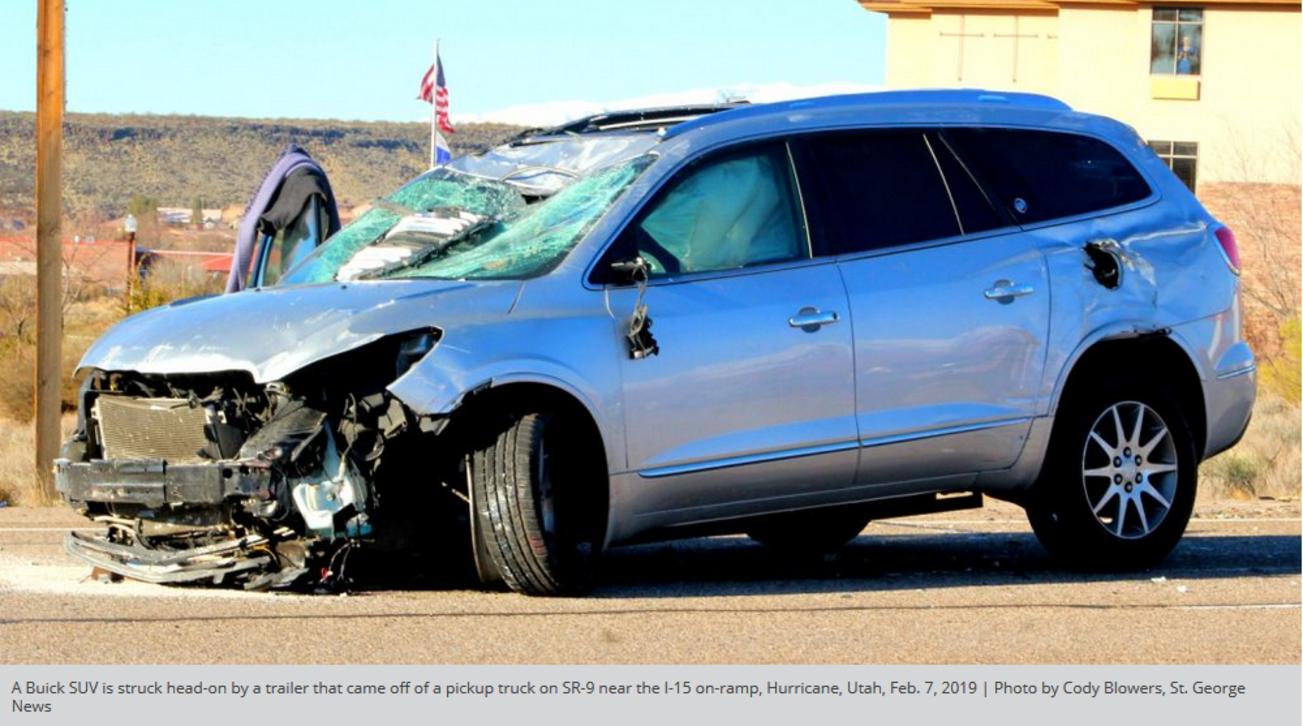 HURRICANE — A pickup truck lost its trailer, which continued into oncoming traffic where it struck an SUV head-on Thursday and sent vehicles swerving across the state Route 9.

Multiple agencies respond to a crash involving four vehicles and a utility trailer on SR-9 near the I-15 on-ramp, Hurricane, Utah, Feb. 7, 2019 | Photo by Cody Blowers, St. George News

Responders arrived to find the Buick destroyed with the driver outside of the vehicle nearby.

The 10-foot trailer was destroyed after it splintered into hundreds of pieces that were thrown across the roadway.

The Ford pickup was found parked on the right shoulder of SR-9 more than 100 yards west of where the trailer disintegrated.

EMTs from Hurricane Valley Fire District checked on the woman driving the severely damaged Buick who reported she was uninjured in the crash, Neighbor said. No other injuries were reported at the scene.

Both eastbound lanes were blocked by debris, but once officers arrived a travel lane was cleared for traffic.

A preliminary investigation showed the Ford was traveling west on SR-9 toward Interstate 15 when the utility trailer became disconnected and continued forward as it veered to the left and into oncoming traffic.

While a number of motorists were able to swerve and avoid being struck by the trailer, Neighbor said, the Buick heading east on SR-9 “had nowhere else to go” and was struck head-on by the oncoming trailer, which broke apart upon impact.

“The Buick was heading east as the trailer continued heading west at a pretty good clip, and once it went into that eastbound lane it struck the Buick head-on with so much force the SUV basically went right through the trailer,” the trooper said.

Several witnesses that pulled to the side of SR-9 immediately after the crash made similar comments on how the crash unfolded.  One witness said that when the trailer hit the SUV, “it seemed to just drive through the trailer that just exploded.”

Multiple agencies respond to a crash involving four vehicles and a utility trailer on SR-9 near the I-15 on-ramp, Hurricane, Utah, Feb. 7, 2019 | Photo by Cody Blowers, St. George News

The Chevrolet Cruze and the silver Chevrolet were also involved in a minor collision as both drivers were braking and swerving to avoid the runaway trailer.

Passing motorists continued swerving to avoid striking any number of objects and debris that flew across the roadway, including the contents of the trailer as well as the shattered remnants of the trailer itself.

A large tank or welder that was lying near the demolished trailer also came loose when the trailer disintegrated. A second witness said it was fortunate “that tank didn’t bounce up and hit any other cars.”

The trailer was pushed off the shoulder by the Utah Department of Transportation’s Incident Management Team to open the lane to traffic while tow trucks were called in to remove the Buick and the trailer from the roadway.

The Chevrolet Cruz and the silver Chevrolet sustained “very minor damage” Neighbor said, and were driven from the scene.

Traffic was impeded for more than an hour as responders cleared debris and towed the wreckage from the roadway.

Referring to the chaos that followed in the wake of the crash, Neighbor said “this turned out to be quite a cluster but fortunately no one was injured.”

The incident is still under investigation.

This report is based on statements from police or other responders and may not contain the full scope of findings.

Why did the trailer break loose?  Can someone in our Government answer my questions?  Over 500 will die in 2019 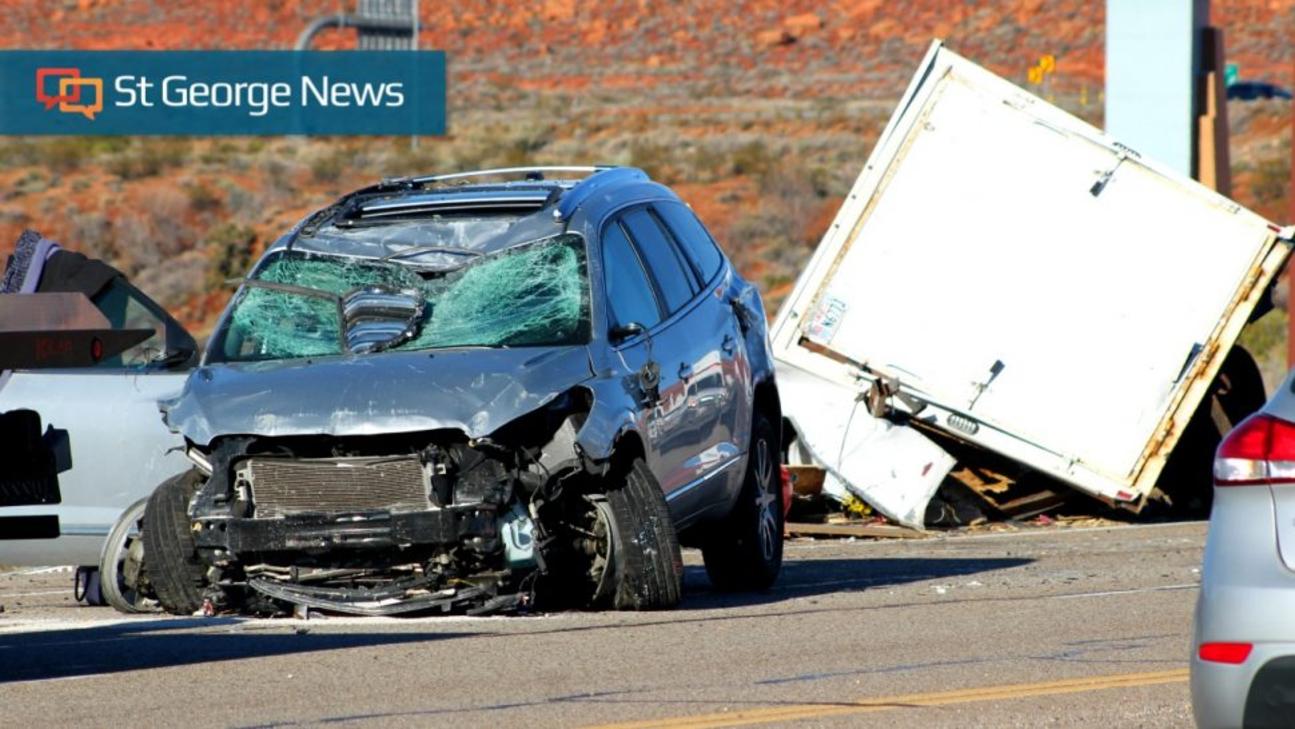 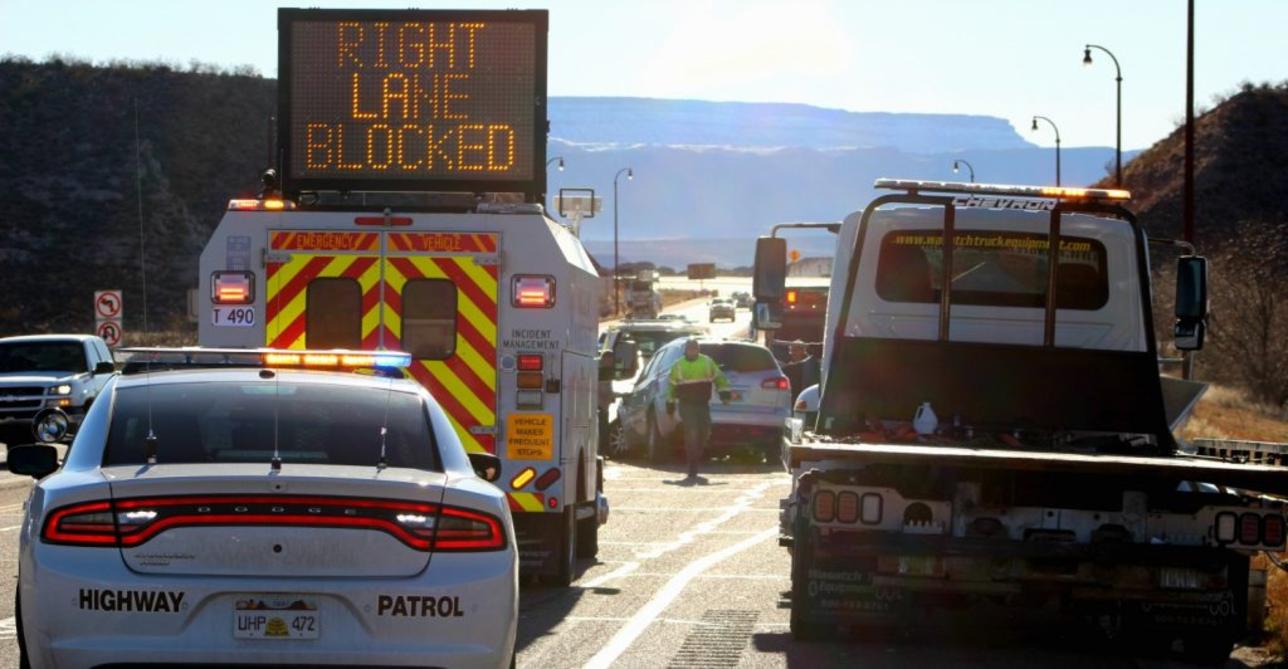