Towbar safety fears: NZTA tells driver to leave boat on the side of the road

Aro Bros business partners Shirley Aro and Alex Puri at their place of business in Onehunga.

Nearly 1500 heavy vehicle drivers including motorhome owners have been told they must have their towbars recertified amid concerns stemming from a now-suspended certifier who allegedly ticked off non-compliant work for Certificates of Fitness (CoF).

Taranaki man Phillip Dravitski​ paid $1000 for the towbar on his motorhome to be recertified, only to be told there was nothing wrong with it.

"When (NZTA) rang I said 'what happens if I've just finished work on Friday and I'm up the North Island with a boat?'" Dravitski said. "She said I would have had to leave the boat on the side of the road."

It was the agency's duty to pay back customers, he said. "You are supposed to monitor the certifier. You failed and now you make it your problem with the cost."

The NZTA says safety was its primary concern, and that customers should seek reinspection costs from their provider, or from the suspended inspector, Patrick Chu, directly. Chu's insurance should cover the cost, an NZTA spokesperson said. In a statement to customers in December it acknowledged it was a "difficult time" for drivers.

The safety alert was issued just days before Christmas, after Auckland-based certifier Chu was alleged to have certified non-compliant tow bars on heavy vehicles. He disputes the claims.

Vehicle owners were told the bars could not be used until they were recertified, but some drivers have only got the message in the past few weeks.

Joanne Ninkie​ said she did not receive a letter about the issue until late-January. That meant her landscape and construction company's two Bobcat diggers could not be towed by the company vehicles.

"In this industry we are constantly under the pump," she said. "It not only affects us, but our clients, from big commercial clients to some home landscaping."

In Auckland, towbar manufacturer and fitting business Aro Bros is facing complaints from hundreds of customers whose work was certified through them, by Chu. Owner Shirley Aro said one man's holiday plans were thwarted at the last minute when he was alerted by NZTA on Christmas Eve.

The certification bungle has been an ongoing nightmare for NZTA, which has had four executives leave in as many weeks during a large-scale review of the agency's poor enforcement of Warrant of Fitness checks, prompting the recall of nearly 20,000 vehicles.

In February thousands of truck trailers, whose CoFs were initially ticked off by Peter Wastney Engineering, had to be recertified after structural cracks were found. Then, NZTA paid for recertifications, but denies this should set a precedent. 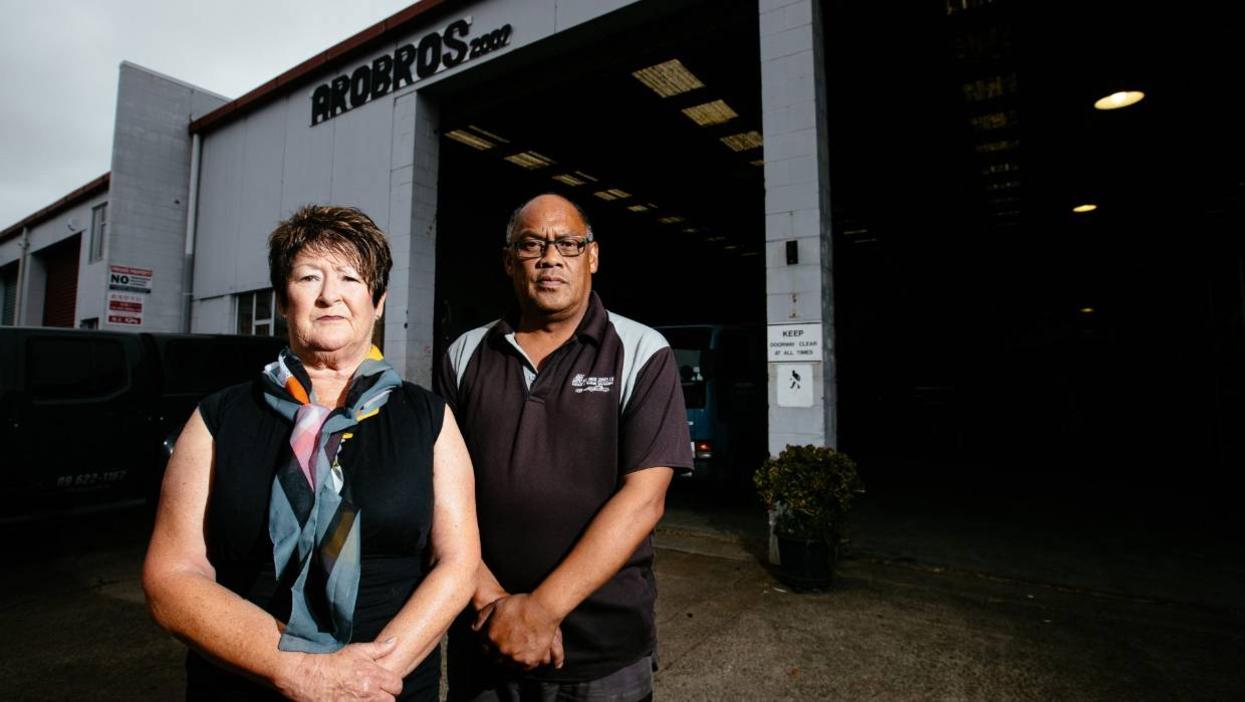