A blanket ban on more than 800 heavy vehicle towbars could be "devastating" for owner-drivers of trucks with them, says the Road Transport Association.

Click Here To Be
Taken To Original
News Article 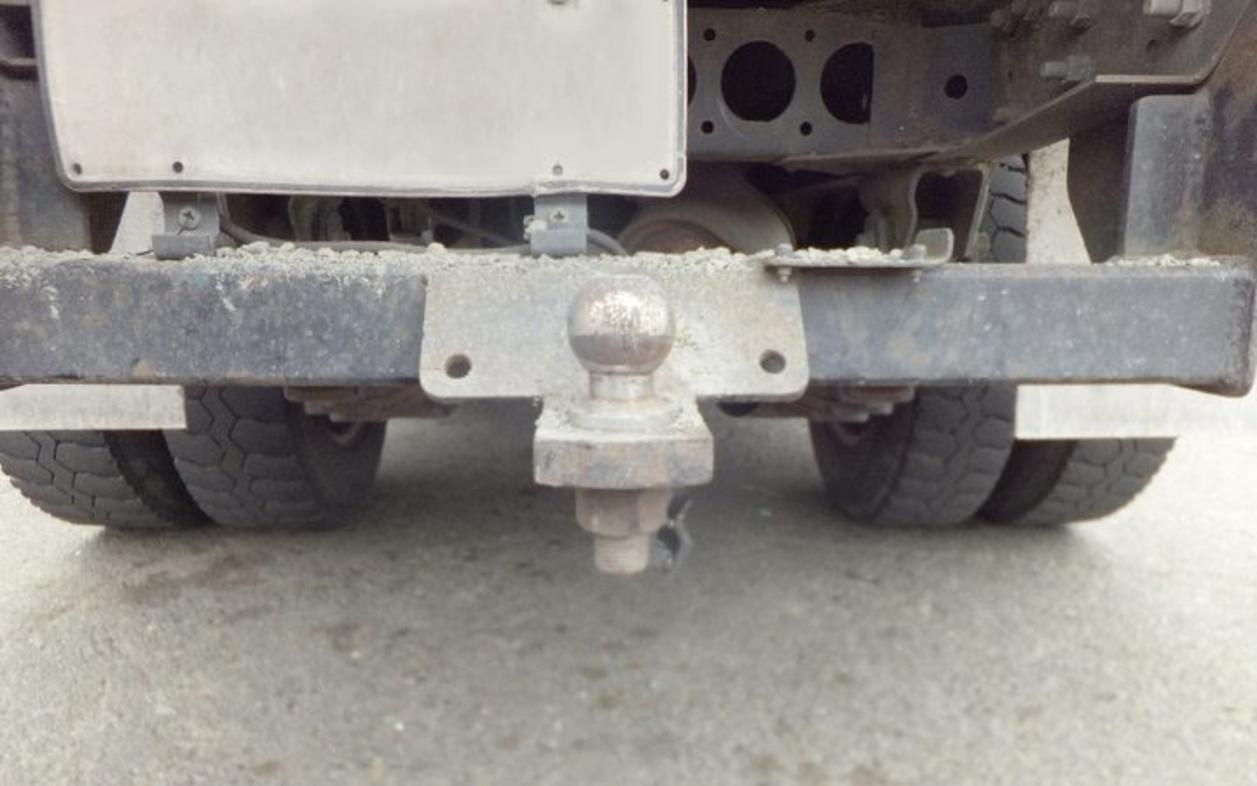 What Government would knowing allow people to use defective equipment?

It does not matter that the towing ban is going to hurt....would you rather kill innocent people?

Why has this government taken this action?

Why do they care about innocent lives?

See this quote and note that nobody in the United States Government cares about saving lives by a passenger vehicle that is towing defective trailers....but we pray that someday they will.

"Given the evidence to hand, we believe it is imperative to take this action to protect the safety of road users."

Note in Henrico County VA over 25% of all tow bars have a defective issue and are ticking time killing machines.N

The NZ Transport Agency said it had no choice after visual inspections of 62 towbars found 61 were not up to scratch and could fail on the road.

The vehicle owners hit by the surprise move thought they had months to sort out the problem of cracks and failures showing up in truck towing connections.

But yesterday, the Transport Agency announced it had begun sending out the revocation notices, with immediate effect.

"If an owner-operator is one of those 802 trucks, man, I feel sorry for him cos he's immediately got to go and either lease one, or have it recertified, or replace it," John Bond of the Road Transport Association's Canterbury and Nelson-Marlborough region said.

"It could be devastating."

Most of the heavy vehicles, which are probably mostly medium-size trucks and goods vans, are in the top of the South Island, which is the worst-equipped area to cope with the problem as it has only two resident heavy vehicle engineers.

Dennis Cadogan who runs a trucking business in Hokitika described the ban as heavy handed.

"Our big problem is we don't have certified engineers on the West Coast ... closest one for us is Canterbury and they are all pretty busy already," he said.

He wondered if the Transport Agency would help foot the bill to get the towbars certified again.

Another truckie Gordon Taylor is semi-retired but has a vehicle and a couple of trailers.

He said it was going to be an expensive exercise.

"I've got a loader and a few bits of machinery that I tow around if I'm doing odd jobs ... now I can't tow them with the truck and trailer that I own," he said.

He said it would take time to get through all the towbars, but the truckies accepted that safety must come first.

"We understand what this action means and the potential disruption it may cause, and this is not a decision we have taken lightly," NZTA spokesperson Craig Basher said.

"Given the evidence to hand, we believe it is imperative to take this action to protect the safety of road users."

The vehicles themselves can stay on the road, but are not allowed to tow anything.

That meant no income, and some drivers were feeling blindsided, John Bond said.

"I know that there are some angry people out there saying it's a load of crap and they just think they [the agency] have blanketed it - but in saying that, you can't over-react on safety."

All of the towbars were certified by Peter Wastney Engineering near Nelson. Mr Wastney has now resigned as a certifier.

Certifiers not only inspect trailers and towing connections for steel fatigue, but also can design them, and must make sure they are heavy-duty enough for the loads they are pulling, which was not the case for some of the towing connections Mr Wastney had certified, the agency said.

It has arranged for two Canterbury engineers to help out with inspections now in Nelson-Marlborough and on the West Coast.

One industry player - who RNZ agreed not to name - got scores of Peter Wastney-certified vehicles inspected over Easter but was yet to hear back from the engineers who did that because of the work overload.

If any of these have been revoked, it won't matter if the engineers' inspection clears them, they still won't be allowed to be used.

"The Transport Agency has investigated the failures of both drawbeams and drawbars and has enough reason to believe that the designs in general are significantly deficient to justify a reassessment to recertify or replace," the agency said.

If there were no visual faults with beams and bars, these could be recertified as it suited. However, the agency was now gathering evidence to see if the certifications for these should also be revoked, Mr Basher said.

The Transport Agency said it was already working closely with Peter Wastney following an audit of him last year, when a trailer drawbeam he'd certified broke in August near Nelson, triggering an investigation.

Mr Bond said the certification of 800 towbars would have taken years, calling into question the rigour of the Transport Agency's regular audits of the engineers.

Another industry source, who declined to be identified, faulted the Transport Agency for not following through on warning signs, saying "they have left it all too long and the action has become draconian".

August 2017 - A drawbeam snaps on a truck-trailer near Murchison; it careens off the road into a bank. Investigation begins into Peter Wastney Engineering (PWE) certifications

Early February, 2018 - A truck driver near Nelson spots a large crack in a drawbar certified by PWE