* 1842 trailers of all types certified by Peter Wastney of Peter Wastney Engineering at Wakapuaka near Nelson; these must all now be urgently re-certified, though the Transport Agency has not yet set a deadline.

The Auckland office of Australian-owned MaxiTRANS did not respond to three requests by RNZ for comment.

Operations manager Jan Augustine said the company knew about the issue but RNZ might need to be referred to Australia, where the company's headquartered, for a response.

Mr Wastney told RNZ it was not a public safety issue then hung up, twice.

He was suspended as a certifier in August, and as a chartered professional engineer last week.

The August and February failures were related to his work.

"Independent reviews of those drawbeams and drawbars have identified that they were not adequately designed for the loads to which they had been certified," the Agency said.

Kelvin Barclay, who heads the Heavy Vehicle Certifying Engineers group at Engineering New Zealand, said the two alerts were unprecedented in a certification industry set up only in the late 1980s.

"What happens when there's an uncoupling between the truck and a trailer is the brakes on the trailer automatically come on, but obviously it takes some time for it to come to a stop and in that time it's basically out of control, so could go anywhere," Mr Barclay said.

Steel fatigue was the underlying issue and the cracks just a symptom of that, he said. Trailers were re-certified after 10 years and accurately calculating the fatigue at that time was vital.

On the semi-trailers, the connections need dismantling to check for cracks, with thick grease getting in the way, and a borescope also has to be used.

The routine daily checks "are not going to find the internal cracking but they will find other, external signs that there may be other cracking", Mr Basher said.

Operators are being told to pay attention at over 300,000kms, which a trailer can easily do in about 18 months. "However, in some designs cracks may develop in a much shorter timeframe," its safety alert said.

Work was going on to get operators to cut inspection portals to check for cracks, Mr Barclay said.

As of Friday, the Transport Agency did not know how many truck operators had responded to its two safety alerts, how many cracks had been found or many trailers were being fixed. 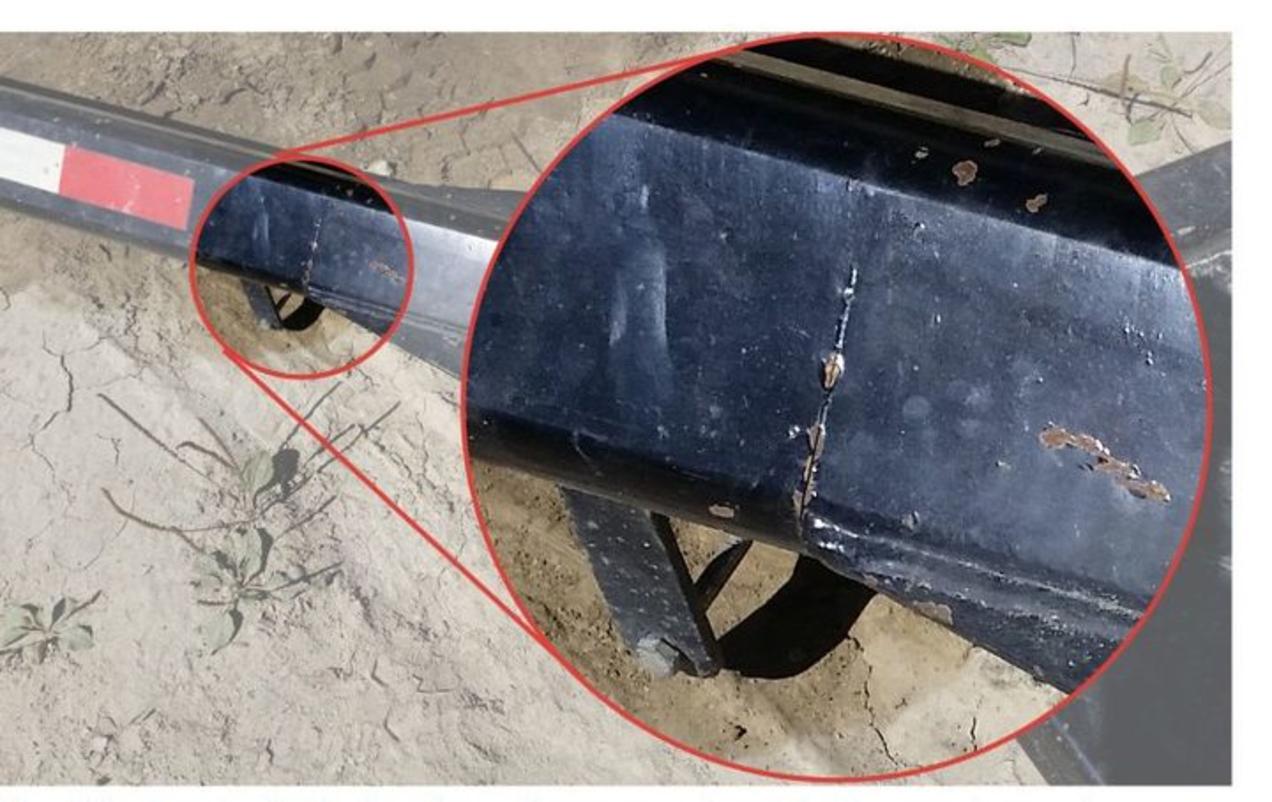 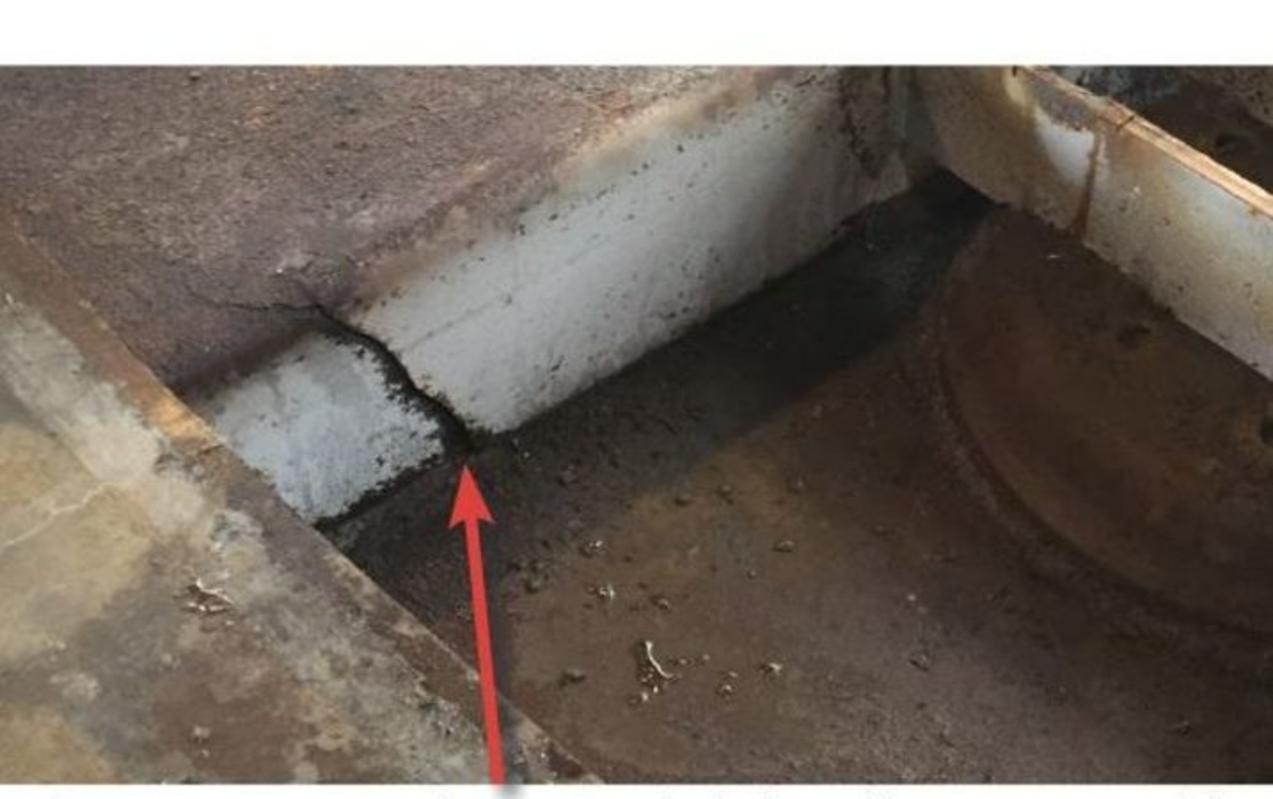 Defective Tow Hitch Millions On The Roads And No Action Why?
Stunning Lawsuit Read Page 8 Especially

NZTA issues safety alerts after cracks found in towbars11:24 am today
Share this

Cracks that could cause crashes have been found in the towbars and connections of some of the largest truck-trailers on New Zealand's roads.

The United States Government Has Never Done Anything Like This.  In Fact They Hinder Our cause we have thousands and thousands of photo's of defective trailers.  Here Is Just Two examples One is of a defective hitch and the other is an insurance company hiding defective equipment so it makes our job even harder to expose.

Structural cracks on a cross-member in the skid plate / king pin assembly of a refrigerated trailer (found after the flooring was removed to reveal an internal chamber). Photo: NZTA

One trailer came off entirely and hit a bank, another almost came loose and in a third case, the driver spotted what the Transport Agency later said was a "potentially catastrophic" crack in a walk-around check.

More structural cracks have also been found in an unspecified number of other semi-trailers.

The Transport Agency has put out two safety alerts for almost 3000 truck trailers across the country, including all refrigerated semi-trailers, of which 1800 must be urgently re-certified.

Truckies are being warned to pay special attention during daily checks and stop using the trailers immediately if they find a crack.

However, it's cracks that are hidden from routine visual inspections that are most prone to failing.

"Doing nothing is not advisable and may cause a crash from your semi-trailer separating," said one of the Agency's two alerts issued on 14 February.

This happened last August in Nelson-Marlborough, the Agency said.

"The trailer failed, it disconnected from the vehicle, it travelled along the side of the road, it crashed into a bank and stopped," the Agency's operational standards manager Craig Basher said, although he did not know what road it was on.

"Any [such] incident has the potential for killing someone."

The second case was in December, with a refrigerated semi-trailer.

"The driver of an articulated truck and trailer combination noticed the trailer was not sitting as expected and was able to bring the vehicle to a stop without a disconnection occurring," the agency said.

Internal cracking in the connecting skid plate that could not be seen by visual checks was the cause.

In the third case on 8 February this year, cracks that could have failed "catastrophically" were spotted by a driver on a walk-around check, Mr Basher said.

The agency's alerts are on its website but the latest case did not prompt a media advisory in mid-February.