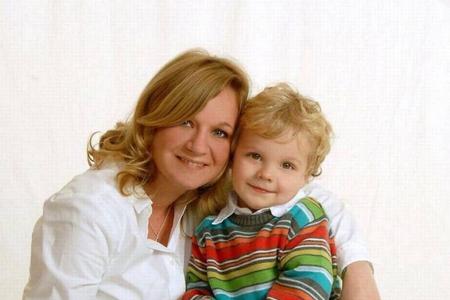 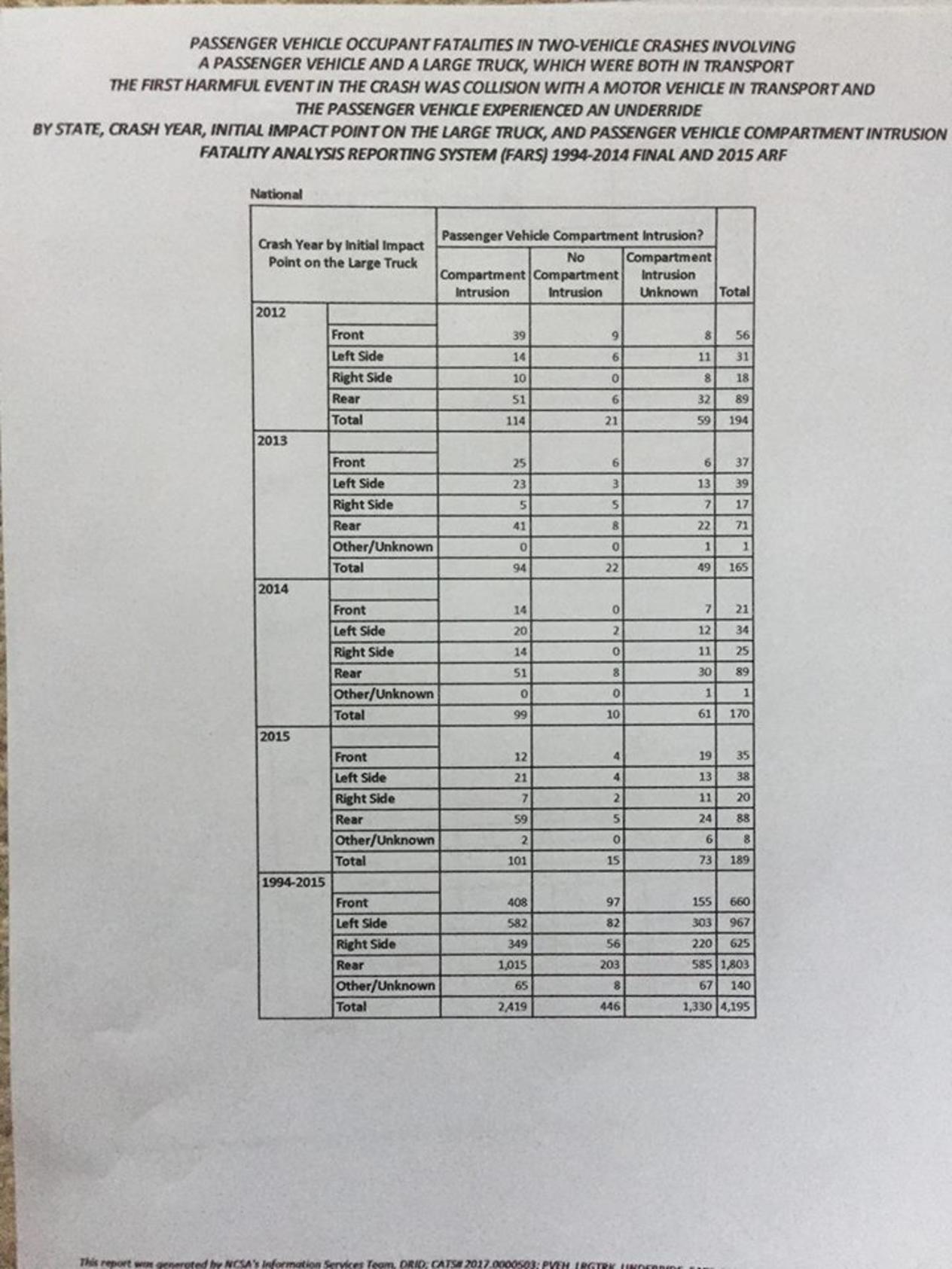 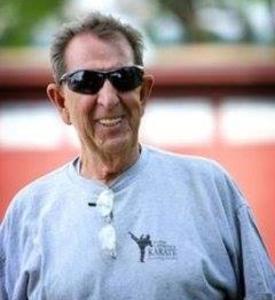 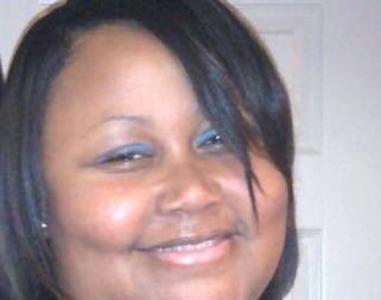 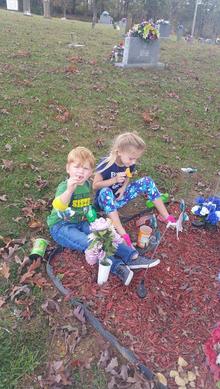 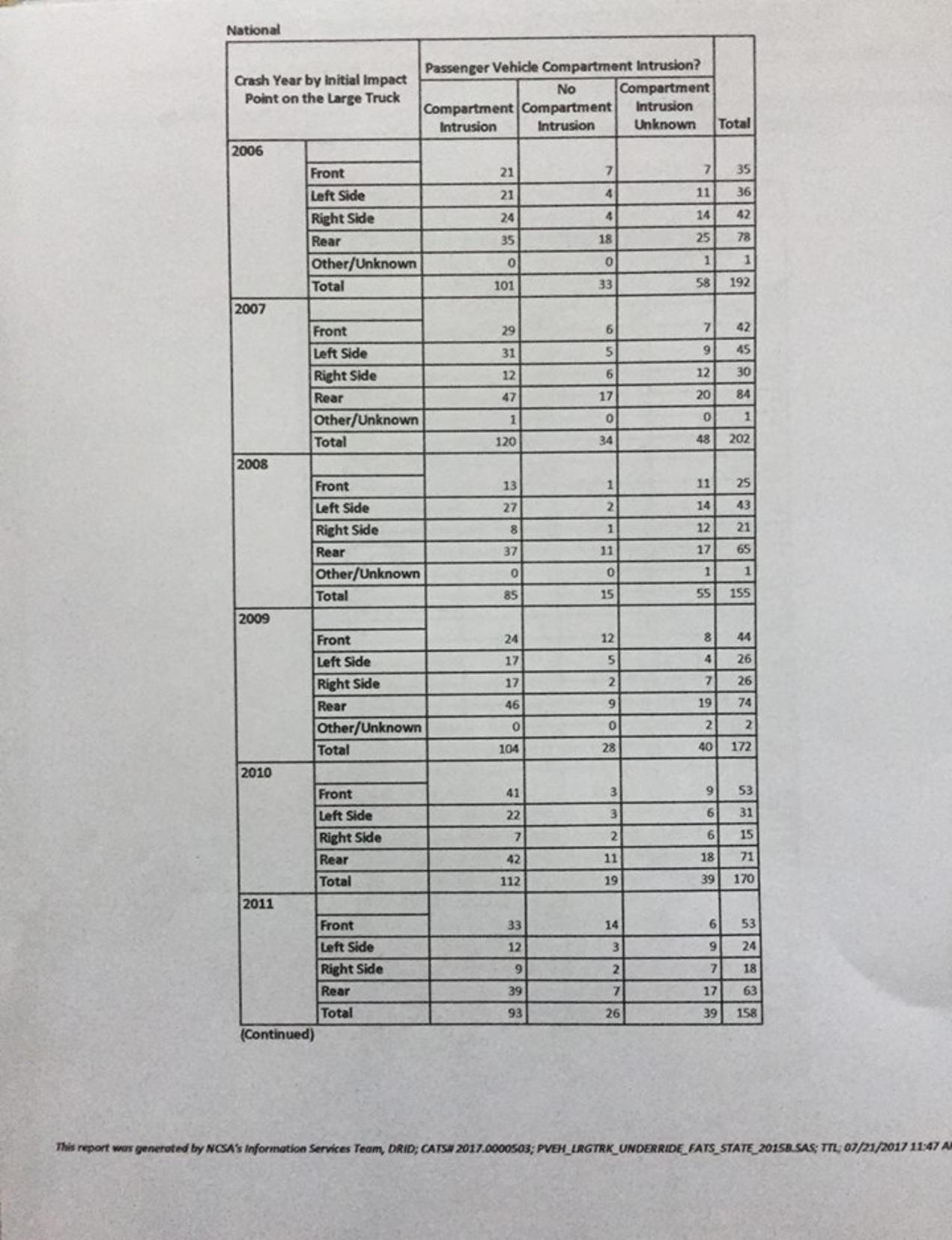 1,803 SINCE 1994 were killed.  Also the number this reporter stated which is a total lie.....680 people where killed when they hit the FRONT OF THE TRUCK......so they also include this number to make the issue bigger.

So we expose once again....that somebody is mandating all this expense....instead of spending the money on things like Don't Text And Drive....and If you hit a truck and or trailer because you were not paying attention you may die.

Our cause is different...because it is your trailer coming off and killing others and in 2017 here are the faces of some who where killed by a loose and defective flying trailer that came off and killed them in their own vehicle simply driving. 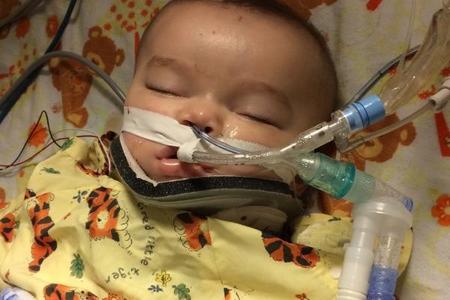 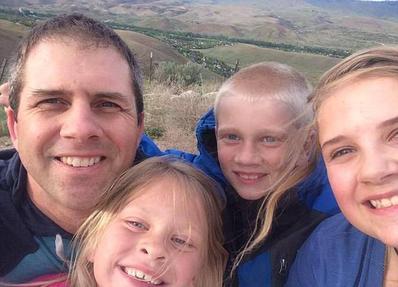 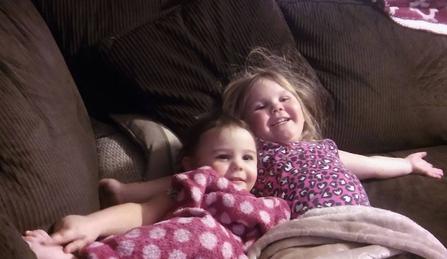 One: We value all life but the fact is the person driving the vehicle is hitting the truck and or trailer

Two: The misinformation is stunning.....they already have rear underride bars on trucks now but yet still 1,803 were killed by this safety feature.

Three: Who are the investors and who is going to make all the profits when the cost to install these Side Under Ride Bars will cost each and every truck $8,000?

Four: What is next?  Tree Bars around Trees?  People hit trees on the side of the road don't they?

Five:  Why is our cause not on the Radar?  Since 1975 Over 25,000 men, women and children and since 1988 over 1,000,000 injured by a passenger vehicle that is towing a trailer and most come off the hitch and randomly hits other people including killing 28 cops, 2 fireman and 1 FBI agent?

The Truth?  "Bureacuratic nonsense Loss of life is of no concern to anyone in Government unless the life lost was a major contributor to a politician.  That is why you must find a way to make THEM MONEY for your laws to pass.  Oherwise they will send you on the neverending hamster wheel of bureaucracy.......

The Truth My laws does not make any political leader money...but they save innocent lives. ere. 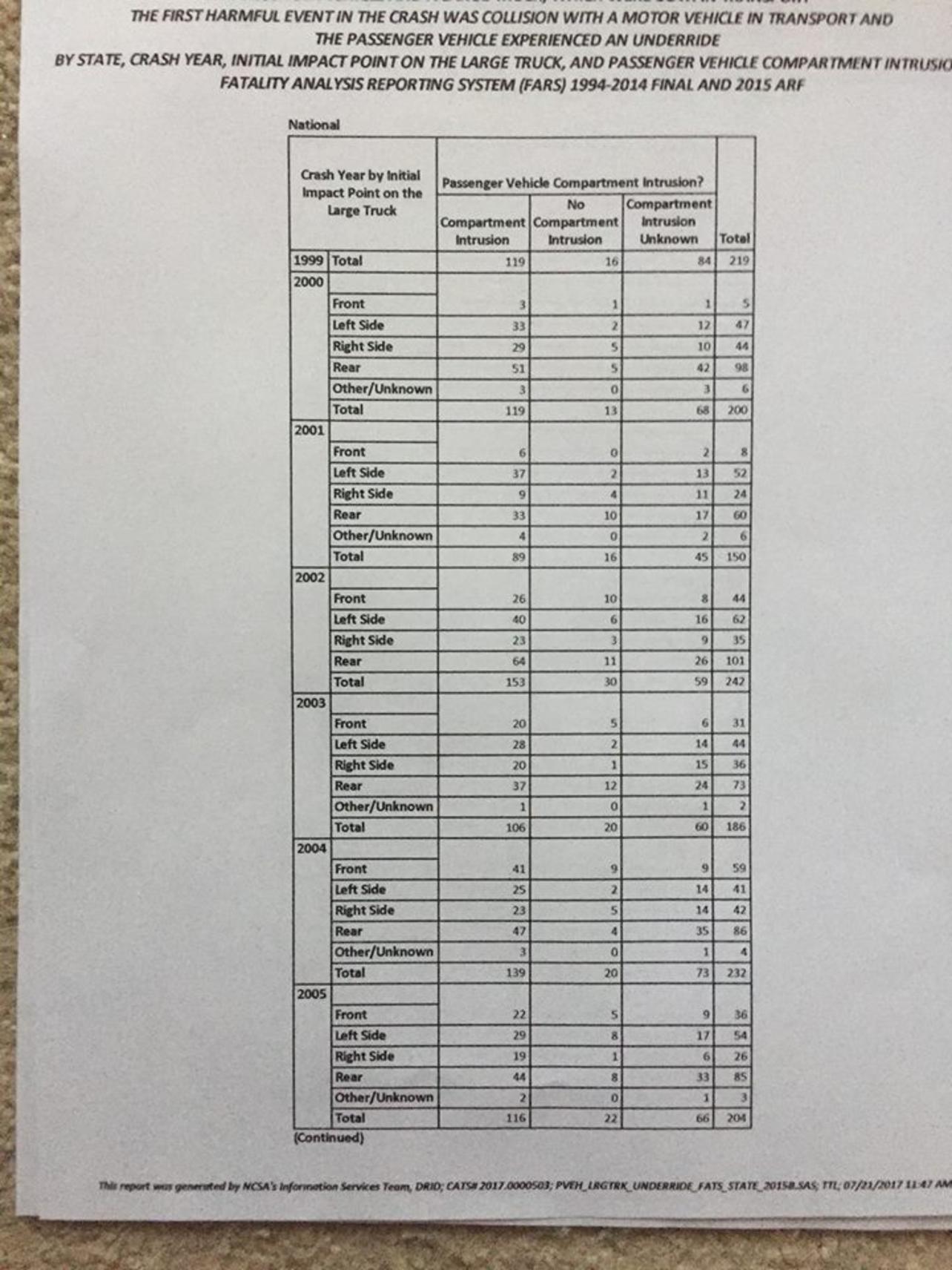 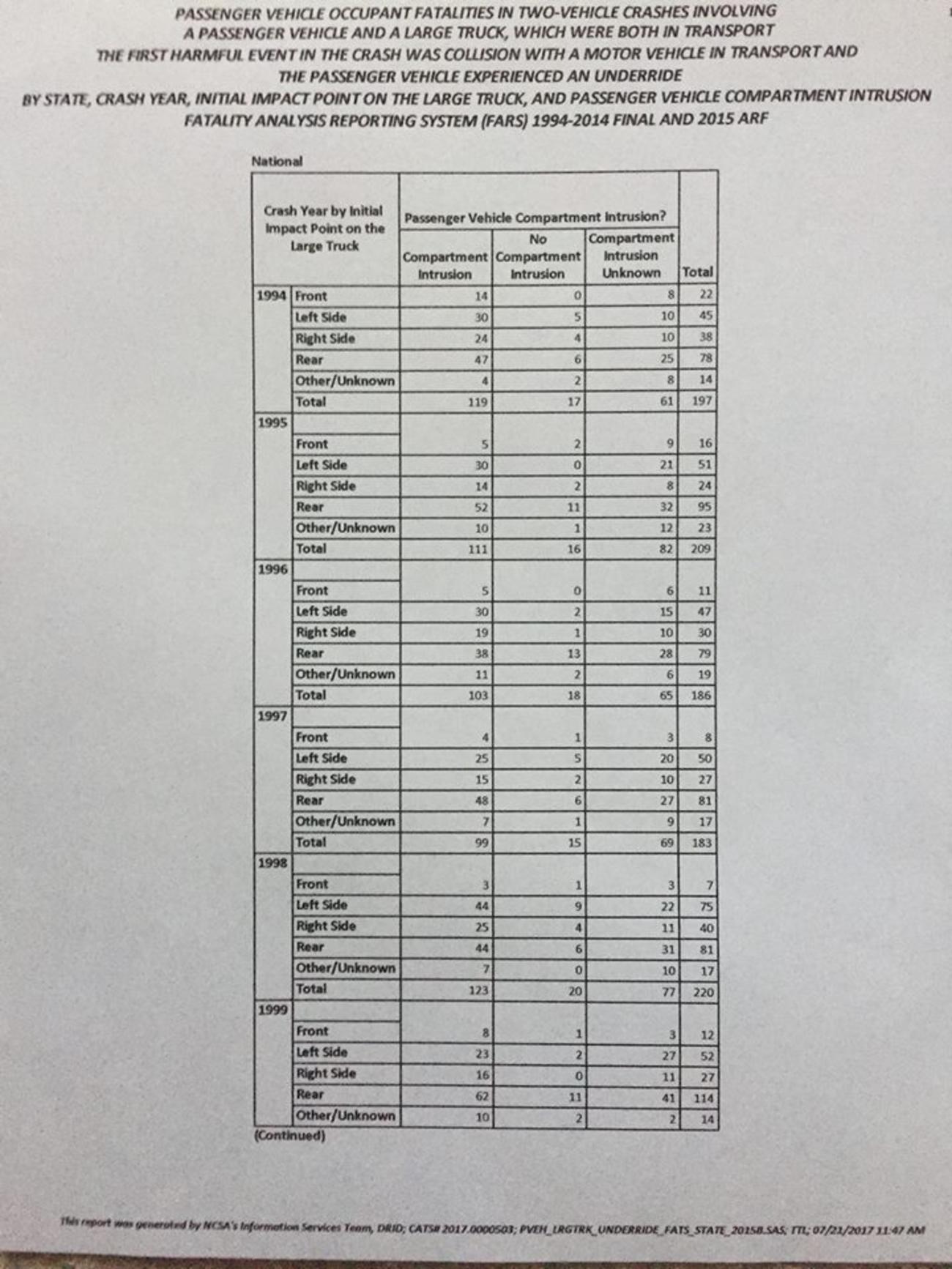 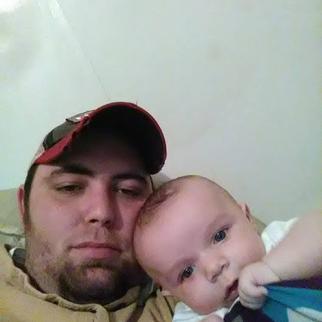 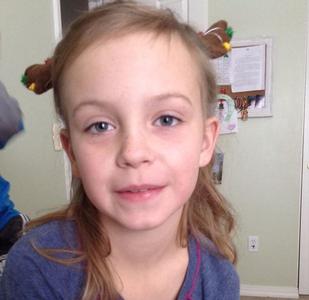 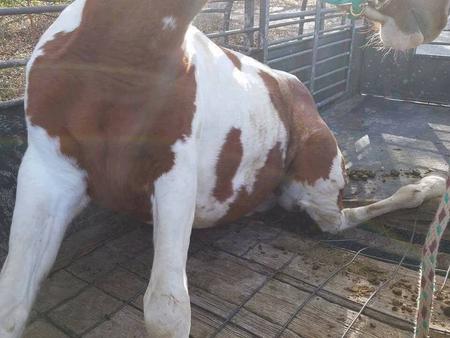 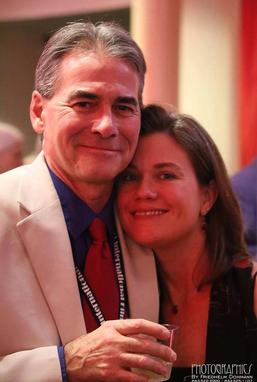 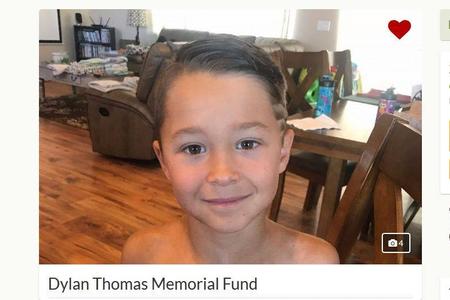 In an admirable bipartisan effort from both sides of the aisle, legislators have recently come together to back a bill that could increase the safety of those who share the highways with 18-wheelers. Sen. Kirsten Gillibrand (D- N.Y.) and Sen. Marco Rubio (R-Fla.) as well as Reps. Steve Cohen (D-Tenn.) and Mark DeSaulnier (D-Calif.) have introduced the Stop Underrides Act of 2017 in the Senate (S.2219) and the House (H.R.4622) just before the winter break, a bill that would require special guards to be fitted to the sides of trucks which would prevent cars from getting pulled under trailers in the event of a collision. The bill also calls to strengthen rear underride guards—a safety measure that has been mandatory on trailers since 1953, but not updated since 1998.

For many, an update to federal safety regulations has been a long time coming. According to the U.S. Department of Transportation, approximately 4,000 people were killed in underride crashes in the 20-year period between 1994 and 2014—1,530 of which were specifically side crashes. Rep. DeSaulnier added to these facts by stating, “Over 300 people are killed each year from truck underride collisions, and these collisions are often underreported.” Yet even with such startling statistics in favor of such a mandate, there is opposition from commercial transport companies and truck drivers themselves. Some point to the additional 1,600 pounds that substantial side skirts might add to the vehicles weight; others talk about the cost of as much as $8,000 per truck for the added protection. Yet, such issues seem small in comparison to the loss of life that some have suffered.

Two women who are very much in favor of the new updates are Marianne Karth and Lois Durso—both suffered the devastating loss of children as the result of an underride crash with a tractor trailer. While terrible tragedies, the individual events actually spurred the two to work together in advocating for regulatory reform that would mandate the use of accident-preventing side and rear guards. In fact, the two co-authored a legislative draft that they dubbed the Roya, AnnaLeah & Mary Comprehensive Underride Protection Act of 2017—named after their daughters whose lives were tragically cut short—which they then submitted to the office of Sen. Gillibrand. The basic structure of the draft went on to set the foundation of the current bill now before Congress.

With fellow lawmakers and members of the Karth and Durso families by her side, Sen. Gillibrand introduced the bill for consideration in 2018 during the second session of the 115th Congress while stating, “We require seatbelts, we require all these other safety standards, weight standards—all of it for safety reasons—and now with the lives of so many loved ones lost, its time for the industry to listen.” 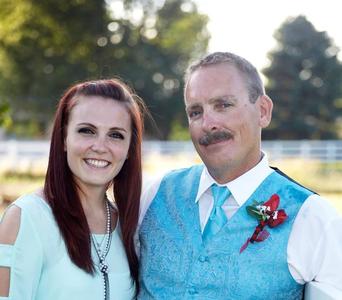