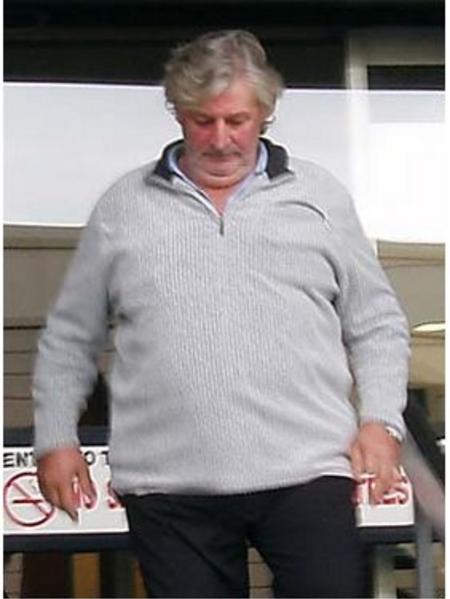 A QUEENSLAND man pleaded guilty this morning to negligently causing the death of three people last year when the trailer of his truck detached and crashed into a Cancer Council bus.

The crash occurred on the Bass Highway between Deloraine and Elizabeth Town when the trailer from Charnock's truck detached and collided with the Cancer Council bus.

The bus had taken nine passengers from the North-West Coast to Launceston for cancer treatment and was returning about 1pm.

Police prosecutor Sergeant John Parker told Magistrate Simon Brown that Charnock had failed to attach a safety chain to the trailer on the trip from Goliath Cement at Railton back to Launceston.

He said the twin axle box trailer had detached from the truck and collided with the right side of the bus killing two passengers instantly while another died later in the Launceston General Hopsital.

Mr Parker told the court that Charnock had also failed to attach the chain on a trip earlier that day from Launceston to Railton.

Tasmania Police alleged that Charnock was negligent in using the twin axle box trailer which he knew or should have known was in unsafe and dangerous condition.

Charnock also pleaded guilty to two counts of permitting the use of a vehicle in contravention of vehicle standards, namely drawbar coupling requirements.

He said that it was a cruel twist of fate that a few seconds later the trailer may have detached and not hit anything.

He submitted that a 12-month wholly suspended sentence was appropriate.

Bus driver Maverick Tours put up his hand in the court and asked to make a victim impact statement.

Charnock also pleaded guilty to 10 counts of failing to record a change of activity in his driving record between August 15, 2012 and September 11, 2012.

He also pleaded guilty to 15 counts of failing to maintain a daily driving record of work, rest and driving time.


The problem with a penalty like this nobody is going to change behavior.