BARRE TOWN, Vt. (WCAX) A Vermont man is dead after a trailer detached -- smashing into his car.

Just after 5 p.m. Friday -- Barre Town Police tell us Johnathan Townsend of Worcester was driving a pick-up near the Dollar General on Route 302. He was pulling a tractor on a trailer that detached and smashed into an SUV driven by 61-year-old Michael Stone of Orange. Stone died at the scene. 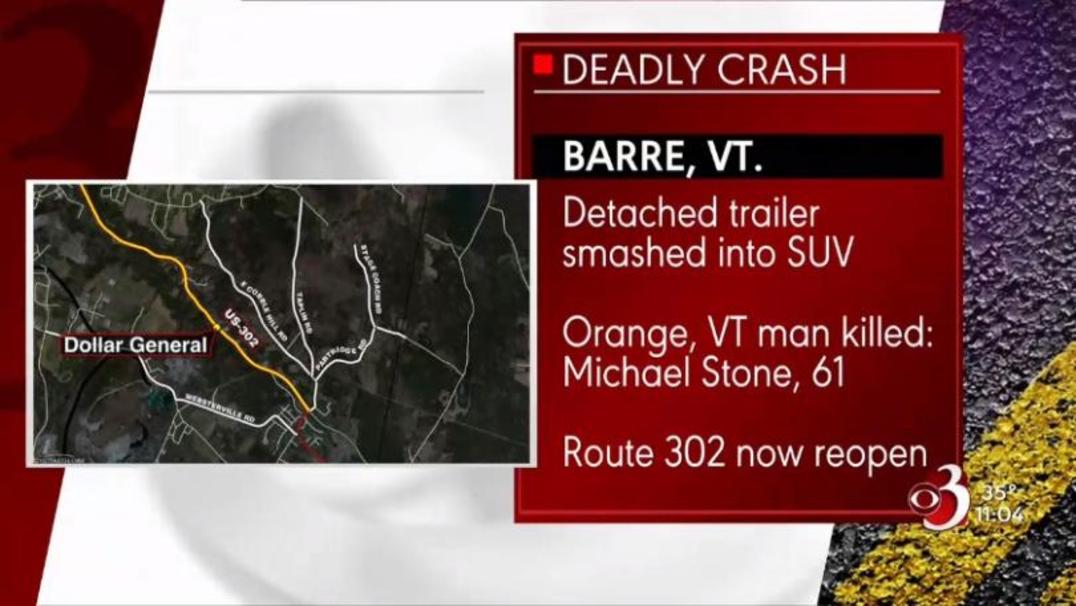 We demand the police department provide us an Answer....

"Why did the trailer come off the hitch? "

We need this information to prove we are not fake news.

Notice Congresswomen Abigail Spanberger You Are On Notice And You Asked For It....did you not?

" Spanberger on her victory: 'I want to be accountable'"

The First Death under Abigail Spanberger's Congressional 2 year term...Over 1,000 will die under her watch..by a "Passenger Vehicle Towing A Trailer" She Stated...."She Wants To Be Held Accountable" Well here is the first one.....and counting