BAKERSFIELD, Calif. - The family of a man killed in Bakersfield when a trailer came unhitched and struck him, is taking legal action.

On Aug. 2, 32-year-old Michael Evans, of South Carolina, was on a church mission in Bakersfield when a trailer detached at the intersection of White Lane and Wible Road.

The trailer struck and killed Evans and severely injured 18-year-old Hunter Wainscott. The two were standing on the corner of the intersection.

The complaint alleges negligence on the part of all three defendants.

The claim goes on to say the trailer was unreasonably safe and not equipped with proper safety equipment.

The family is asking for unspecified damages in the wrongful death. 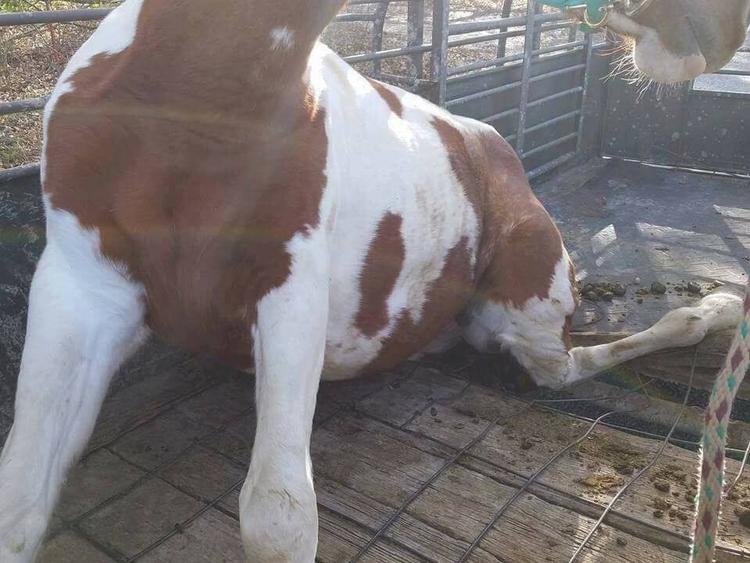 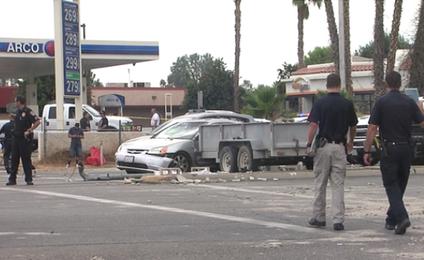 Letter From Congressman Baker Of Louisiana Why No Action? 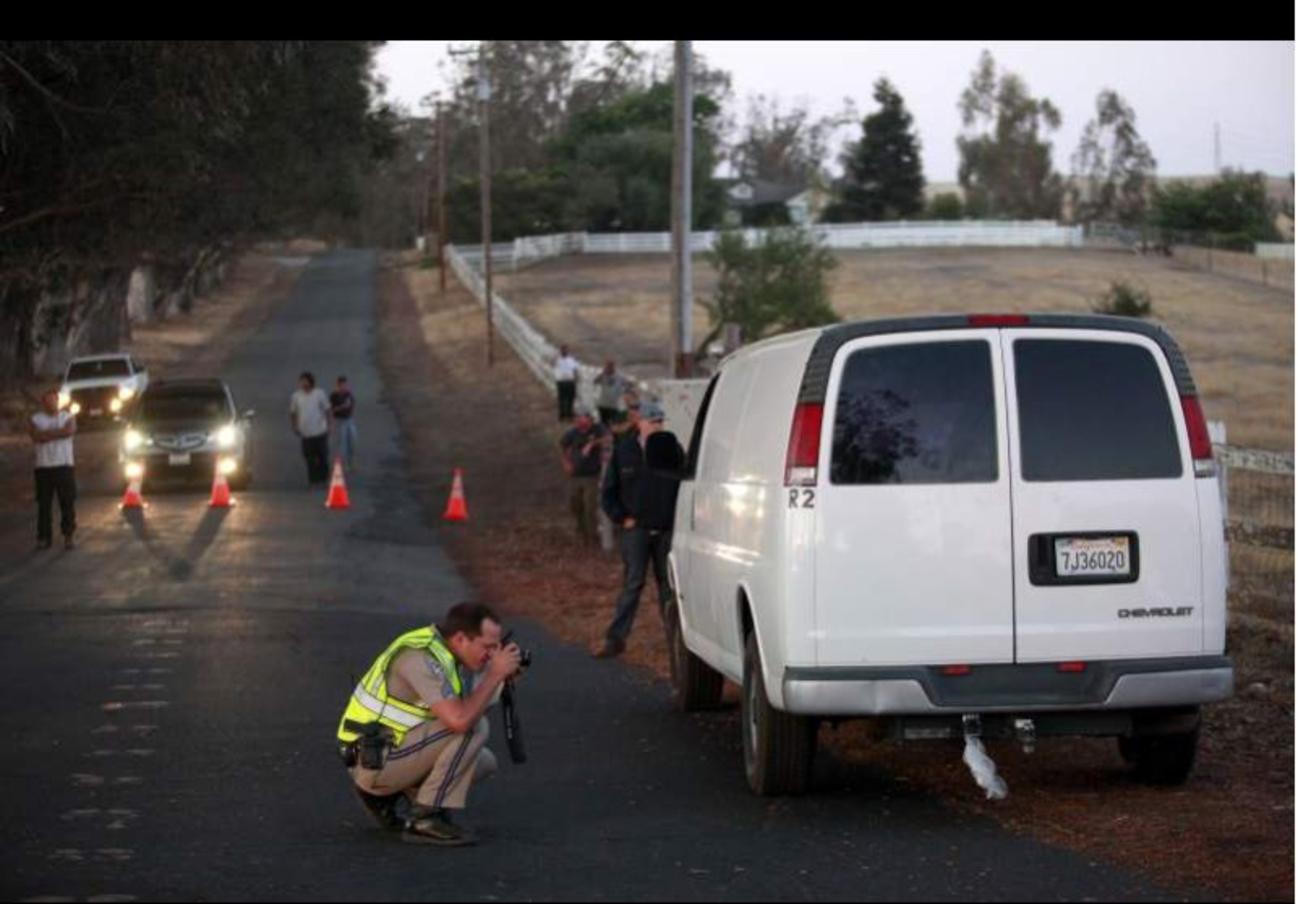 The hitch on a trailer carrying a pizza oven that disengaged, careened across Lakeville Highway and smashed into a car, killing the driver, was not strong enough to pull the weight of a 3,950-pound pizza oven owned by local restaurant Rosso Pizzeria, CHP investigators said.

Two additional features required by law were not in place that might have prevented the Aug. 8 crash that killed Dwayne Usher, 32, of Vallejo and injured his two sons, ages 4 and 8, as well as a woman in the front passenger seat.

Plus, the custom-built trailer did not have an independent brake system, required for a rig of that weight, that automatically engages should a trailer become unhitched, he said.

The CHP on Friday released its findings regarding the 7:20 p.m. Aug. 8 crash on northbound Lakeville Highway near Old Lakeville Road No. 3.

Driver and Rosso employee Edward Jacobson, 46, of Petaluma faces possible charges of misdemeanor vehicular manslaughter without negligence, Sloat said. If convicted, Jacobson could face up to a year in jail, according to the state vehicle code.

The Sonoma County District Attorney’s Office is reviewing the CHP’s report to determine whether any charges will be filed against Jacobson. Sloat said prosecutors and CHP officers were still working on finalizing some aspects of the investigation.

The trailer and hitch system is supposed to have three connections, meant to be redundant in case of failure, Sloat said.

The trailer’s hitch coupler — the extended part of a trailer that lowers into the ball hitch at the rear of a vehicle — was rated to pull 3,500 pounds, 450 pounds less than the weight of the pizza oven, Sloat said.

“The coupler failed because it was not sturdy enough for the weight of that trailer,” Sloat said.

Investigators also found the safety chains on metal pins that are supposed to connect the trailer and hitch weren’t connected, he said.

“If the safety chains were attached properly, they’re supposed to have spring-loaded clips that assure they will never come off,” he said. “That wasn’t present.”

Jacobson was behind the wheel of a 1997 Chevrolet van pulling the trailer when the trailer came loose and careened across the road. He was returning from an event that evening when the trailer detached, Rosso co-owner Kevin Cronin said at the time.

Usher was stopped on Old Lakeville Road No. 3 in a silver Honda Accord when the runaway trailer smashed into his car, crumpling its side and flipping Usher’s car onto its roof.

Usher died at the scene. His 8-year-old son, Devin, was flown to Children’s Hospital Oakland, and his 4-year-old son, Anthony, was treated at Santa Rosa Memorial Hospital and released. The passenger, Ariel Motta, 34, of Vallejo, also was treated for her injuries.

The third required back-up safety feature that is supposed to prevent that type of runaway is an independent braking system, Sloat said.

Trailers of this weight are required to have a wire that connects to the front vehicle that activates the trailer’s brakes if it detaches.

“It didn’t have that,” Sloat said.

Neither Jacobson nor Cronin could be reached for comment Friday night.

Sloat said regardless of who connected or built the trailer, it is incumbent on the vehicle’s driver to assure his vehicle is in safe working condition.

A 32-year-old Vallejo man has been identified as the victim of a freak accident on Lakeville Highway on Friday evening, when a large brick pizza oven towed by a catering van broke loose and slammed into his car.

Dwayne Usher was driving a Honda and waiting to turn onto the highway south of Petaluma when his car was struck by the trailer carrying the pizza oven.

On Saturday, the California Highway Patrol was investigating how the trailer became disconnected from the northbound Chevy 3500 van driven by Edward Jacobson, 46, of Petaluma.

“It had a standard ball hitch,” said CHP Sgt. Ross Ingels, who said safety chains also should have been in place.

Devin Usher, 8, of Vacaville was airlifted to Oakland Children’s Hospital with moderate injuries.

Anthony Usher, 4, of Vallejo was taken to Santa Rosa Memorial with minor injuries. 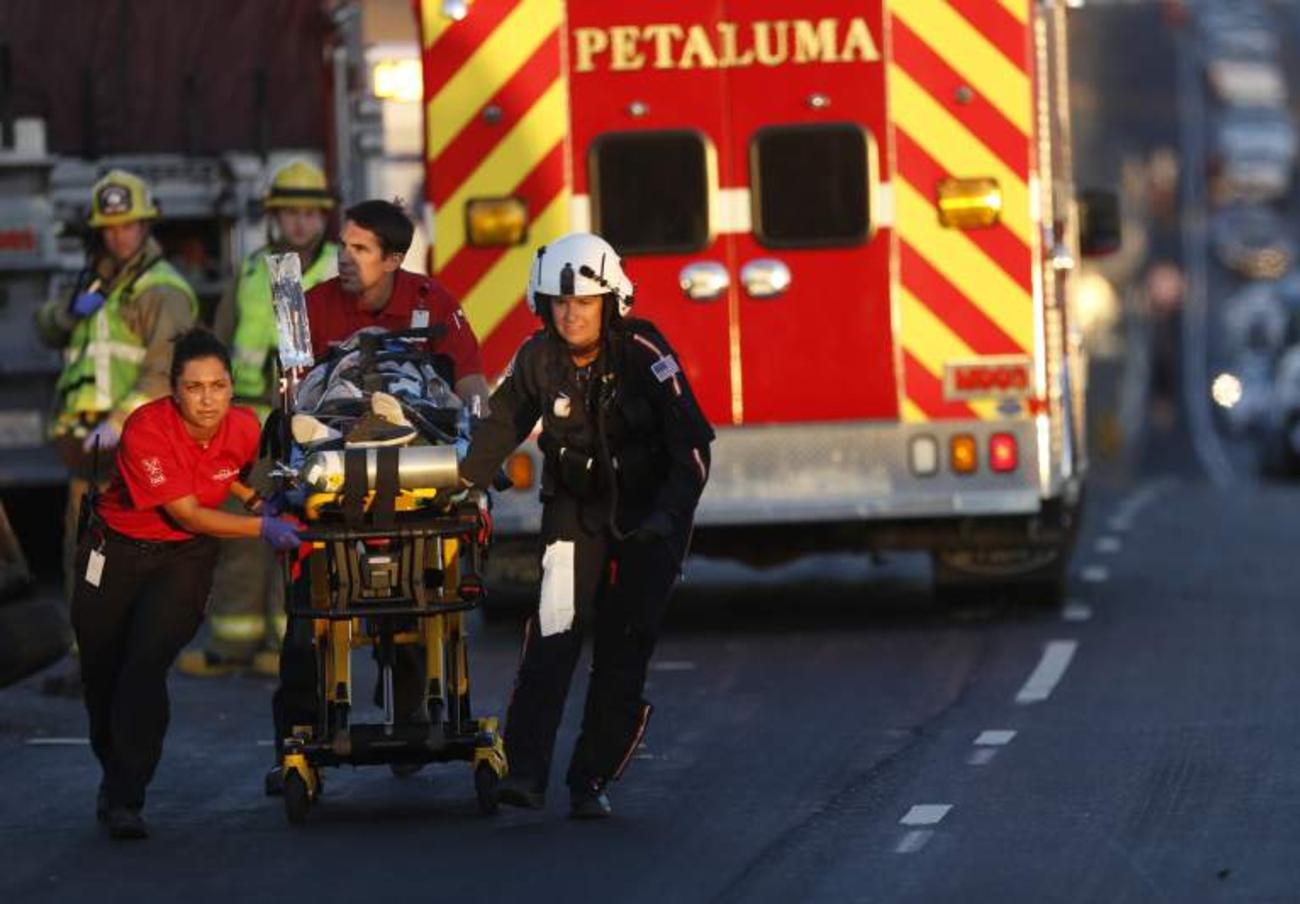 This has happened before even to very wealthy people in fact if you like COFFEE The owner of Hill's Brothers Coffee had his wife YES WIFE KILLED "Instantly" and for some reason he wins the lawsuit....and never asked "Hey How Many Other People Are Killed Like This"  The Case was settled out of court......and with an no idea of amount.

BAKERSFIELD, Calif. - The family of a South Carolina man killed after a trailer detached from its vehicle in Bakersfield is now suing the company it belonged to.

It happened back in September.

18-year-old Hunter Wainscott and 32-year old Michael Evans were on a church mission in Bakersfield.

The pair were standing on a street corner when the utility trailer detached and  crashed into them, killing Evans and severely injuring Wainscott.

The Evans family filed a claim against Marshont Site Development and the Rancho, a concrete block company. 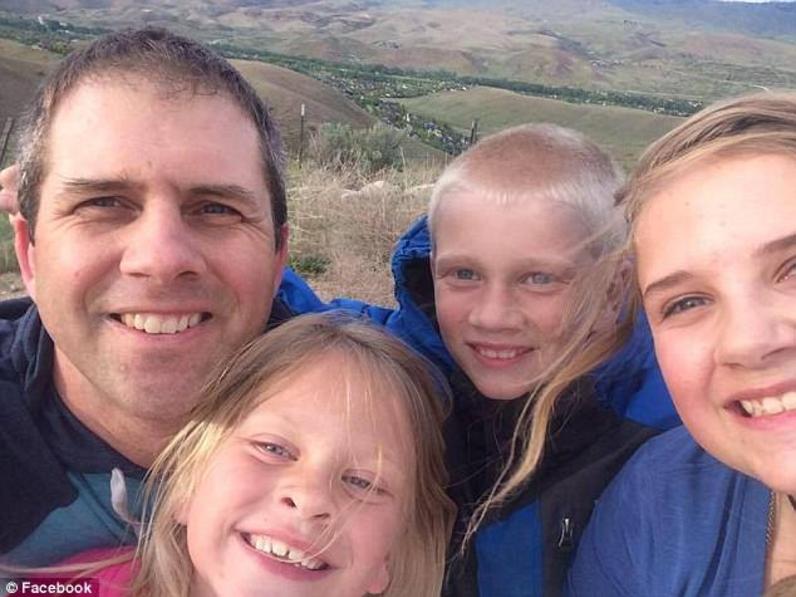 A popular San Francisco society maven and philanthropist was killed Wednesday in Napa when an 18-foot trailer loaded with drilling equipment broke loose from a truck bed and slammed head-on into her car.

Erika Hills, 61, was pronounced dead shortly after the 11:24 a.m. crash, which closed the two-lane Silverado Trail, a half-mile north of Oak Knoll Avenue, for three hours.

The 5-ton trailer cut right through her car, killing her instantly, according to Officer Gerald Rico of the California Highway Patrol.

Hills, whose husband is from the family that started Hills Brothers coffee, was southbound on the Silverado Trail, five miles from her home in Napa, when the accident occurred.

Erica Hills---61 Killed by--loose trailer..." The brakes on the trailer were "in inoperable, and/or in an unsafe condition," the lawsuit asserts. "Corrosion permeated the trailer and component parts critical to maintaining a secure connection to the truck; a required safety pin and/or chain necessary to prevent separation of the truck/trailer combination was missing, non-operational or simply not installed. 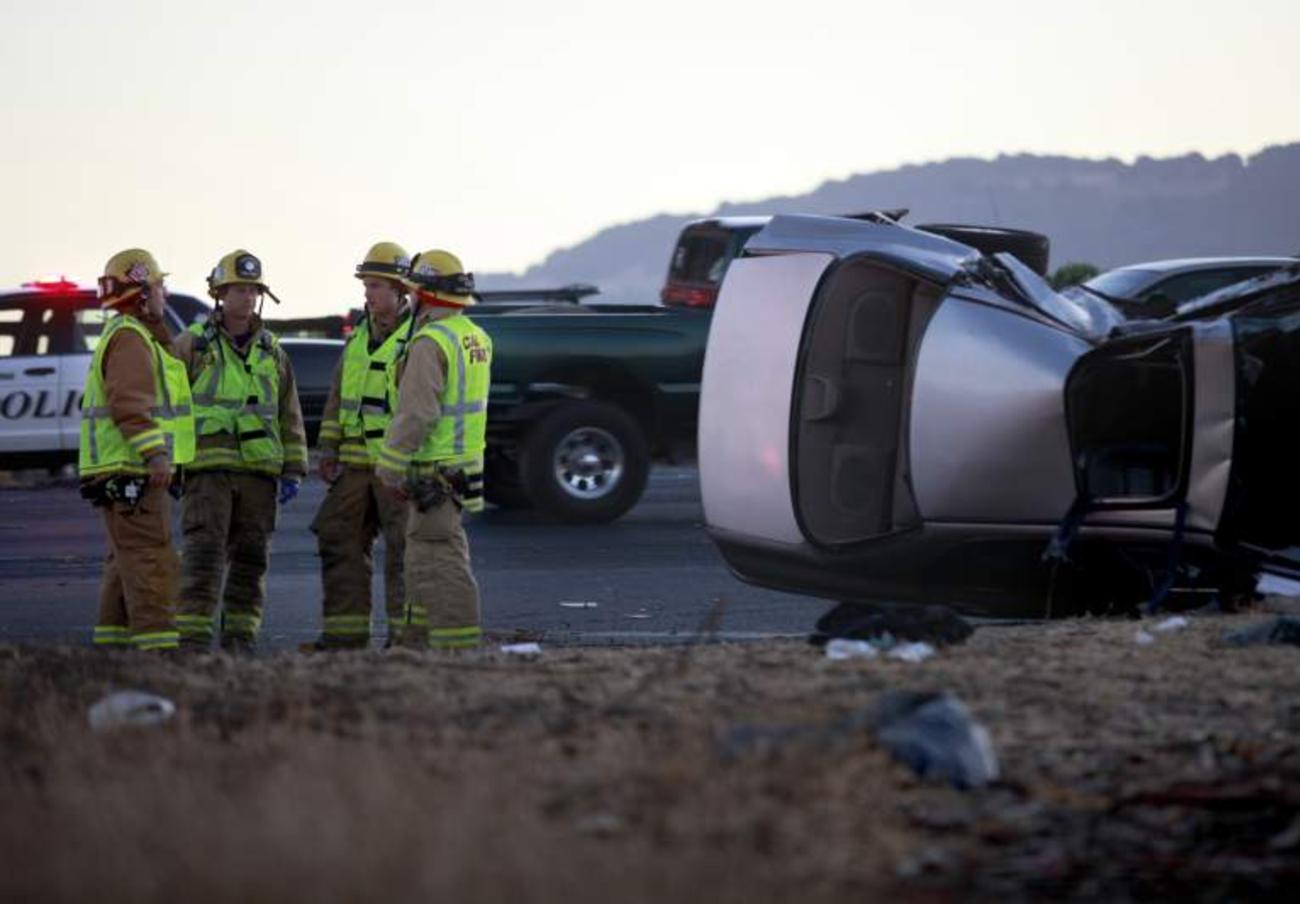 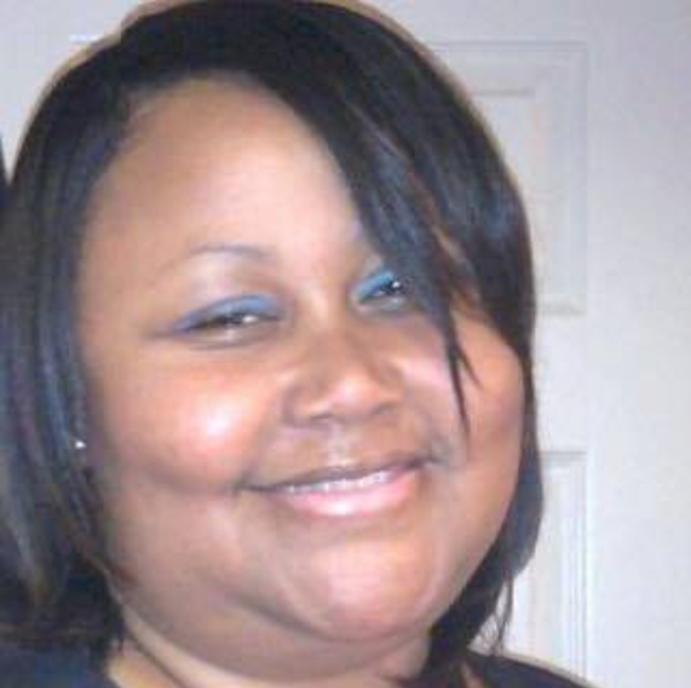 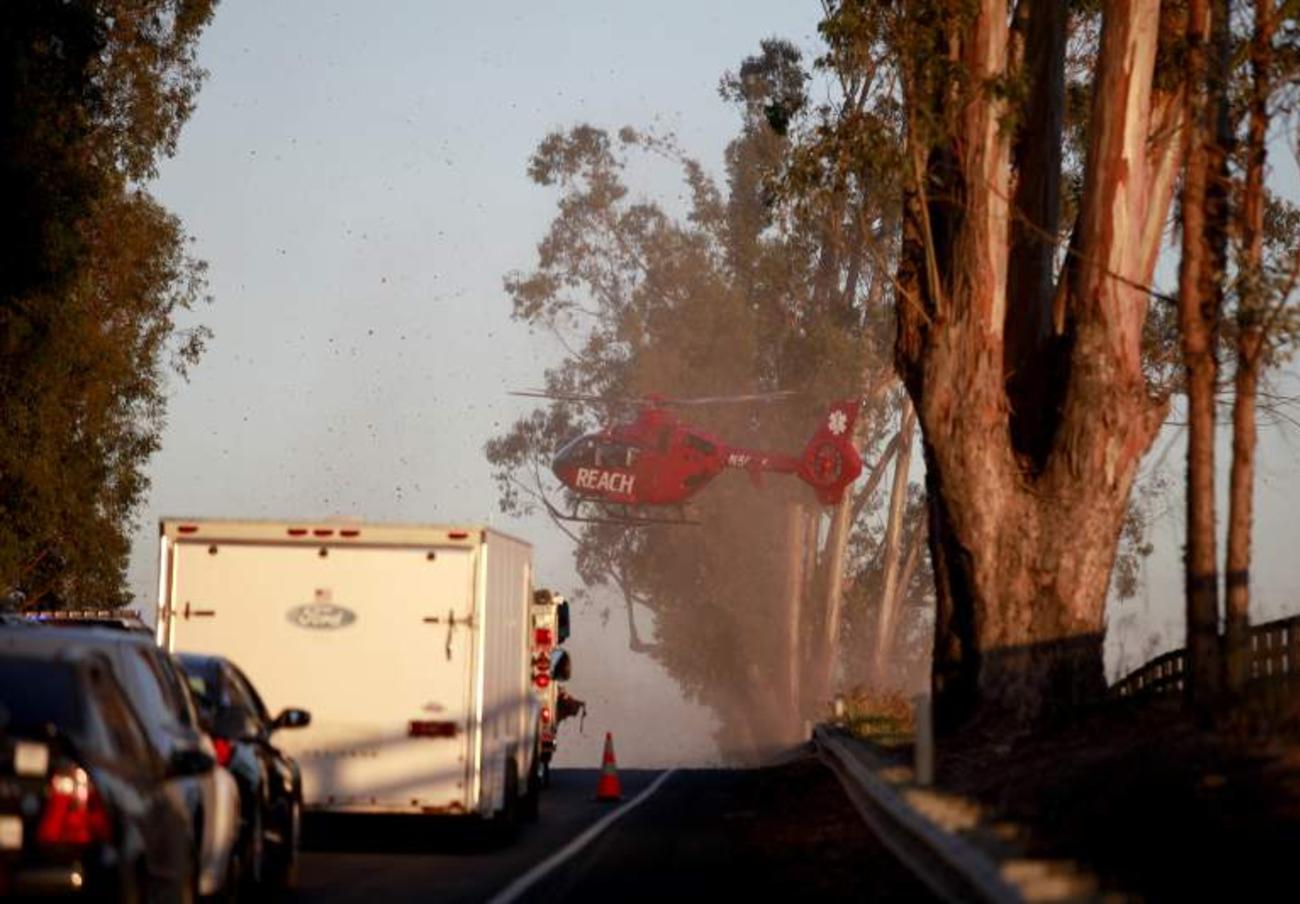 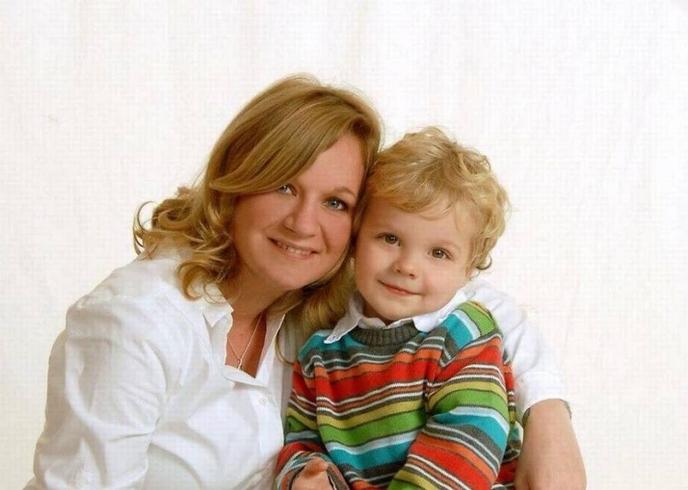 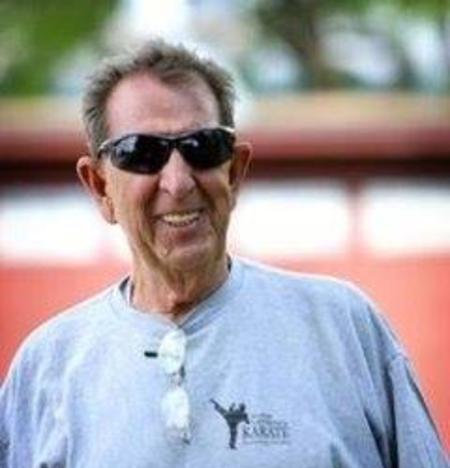 And It Has Happened Again...and Again and Again...."CHP: Hitch in fatal crash involving pizza oven too weak

We ask....how many of these hitches are on the roads of America?  Also  the trailer did not have a breaking system under Federal Law they need to have breaks on it....

The entire Utility Trailer Industry needs to finally be held accountable for the products they produce that sine 1975 have killed over 25,856 and counting and injured since 1988 over 1,000,000 lives in the United States Alone.

The Industry is building them to a "Voluntary Standard"  See This Letter Click Below.

Finally a family and law group has come out and in a public news forum has stated that that they intend to sue the trailer company and questions must be asked:

One - What Safety Standards Was The Trailer Produced by?

Two- What Inspections on a daily bases was this trailer inspected by?

Three- What training did the owner or and driver of the trailer had?

Four- Why did it not have working secondary breaks?

Six- Why did he not have safety chains?

Seven - Why did it take so long to have the police file charges?

Eight- Who is the law firm?

Nine- They are using our information of over 15 years to bring this action.....

Read this entire page....they all know.....they have had other trailers do the same thing in California.... 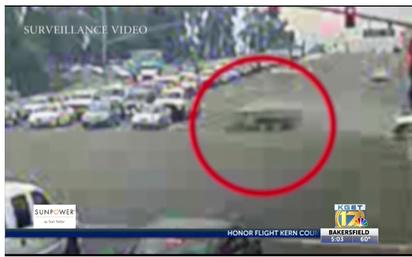 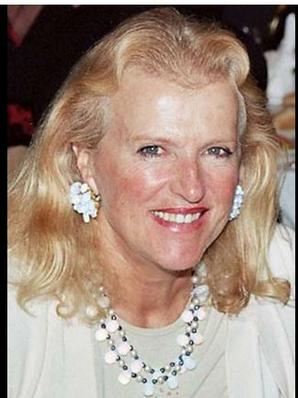 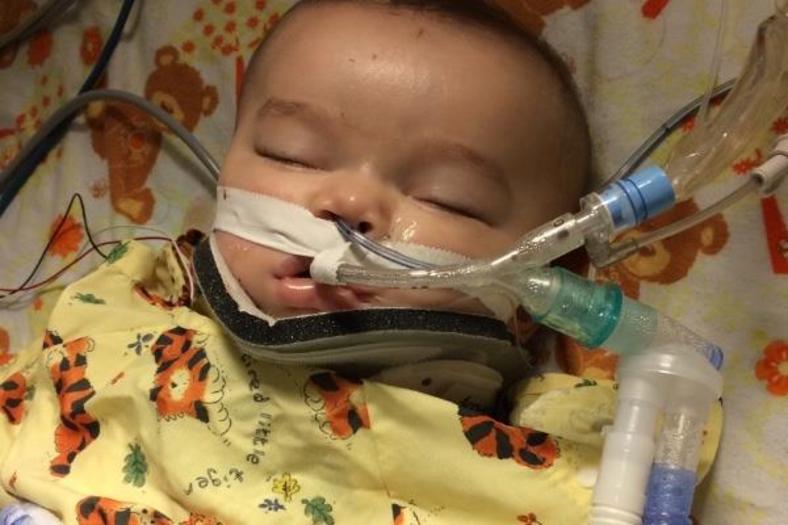 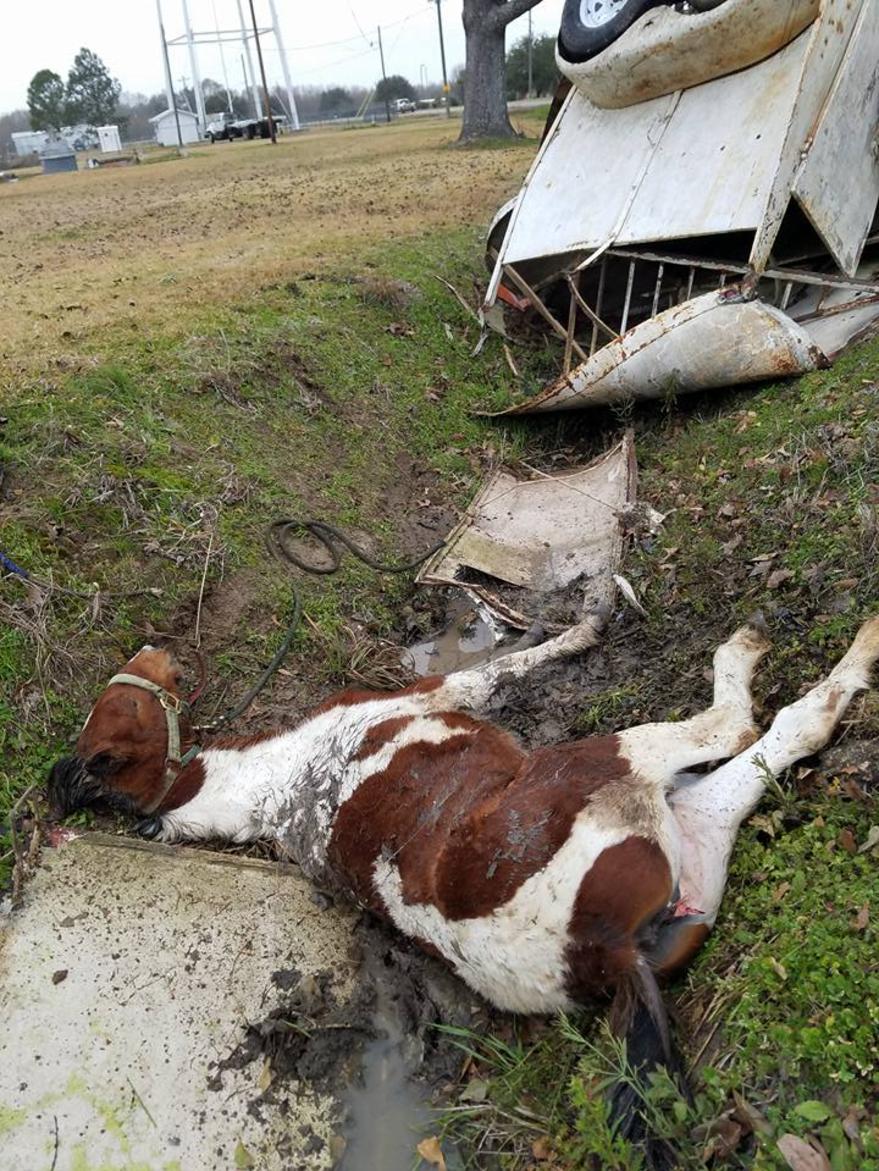 Other Lawsuits That For Some Reason Get Settled Without Any Help To Prevent Others
From Getting Killed By The Same Product?  Why? 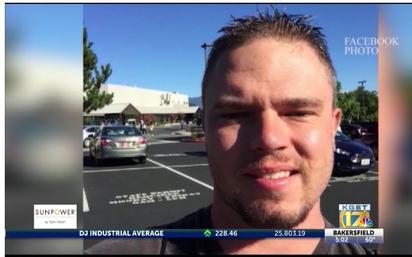 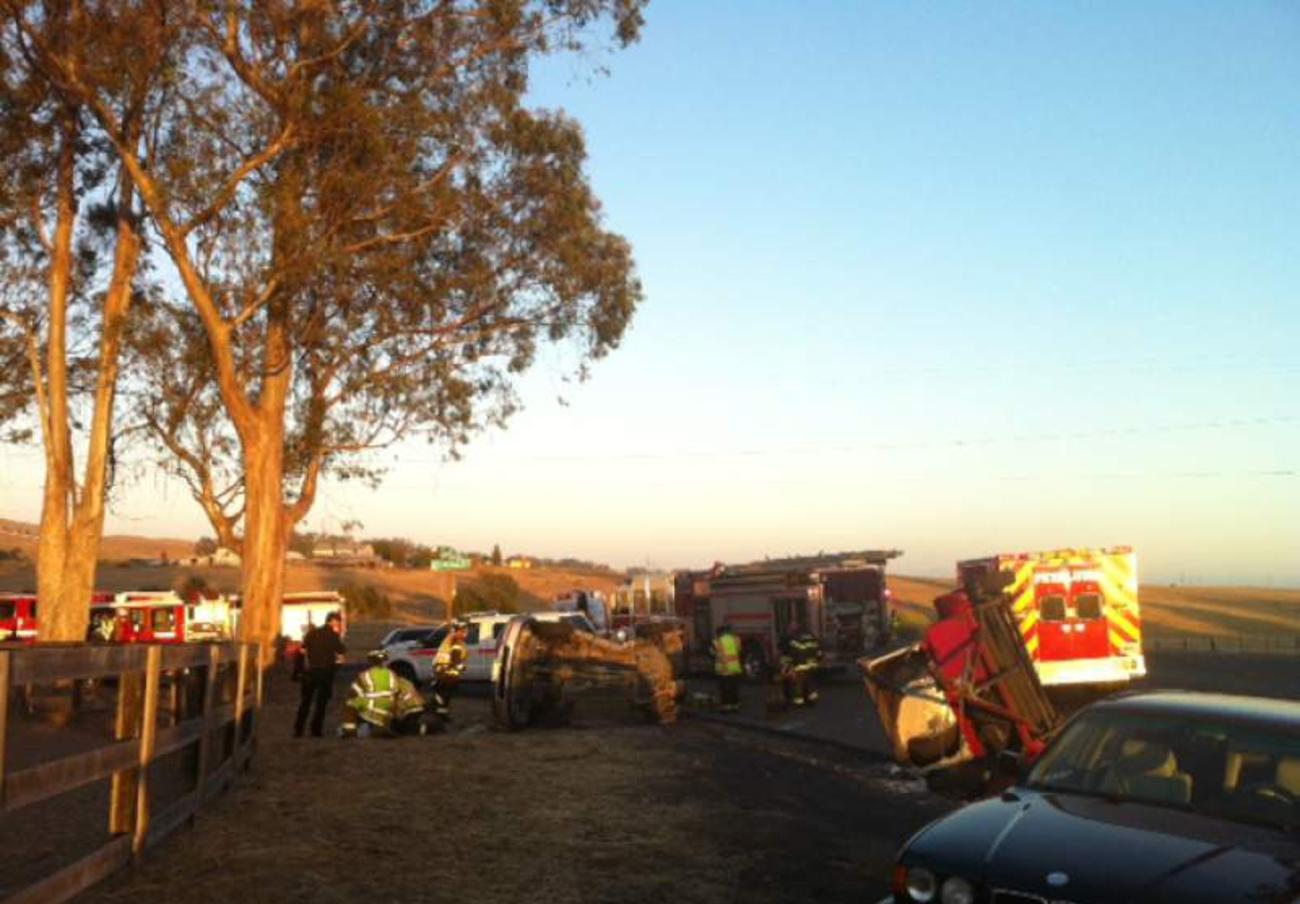 Clear Here For Our First Coverage Of This Death 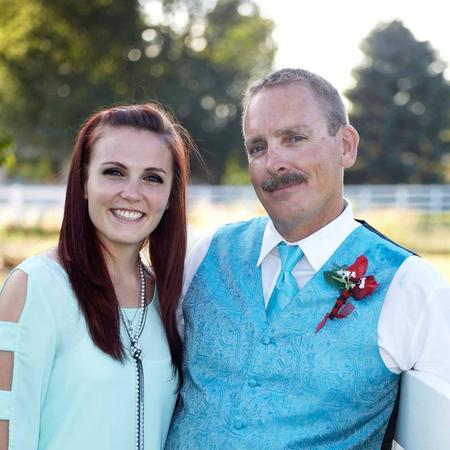 The Lawyer In This Case Contacted Us She Gave Us This But For Some Reason Yolanda Bachtell Used Our Information
Maybe Settled The Case And Has Not Contacted Us?  Why? 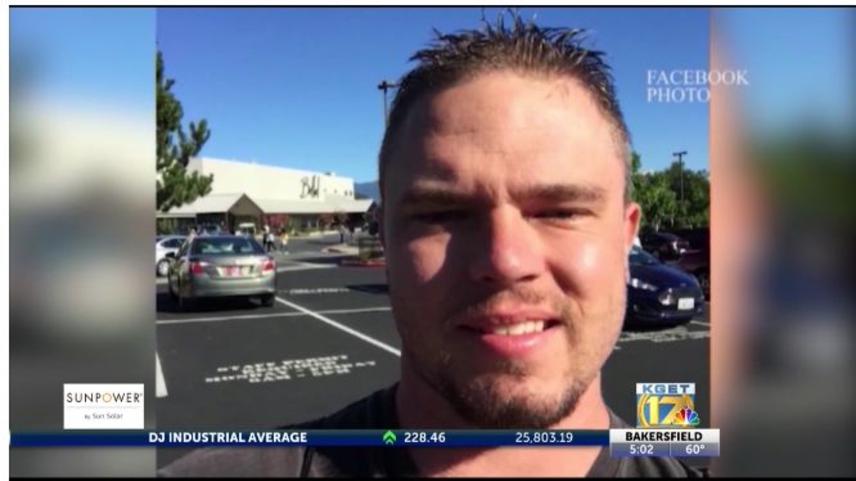 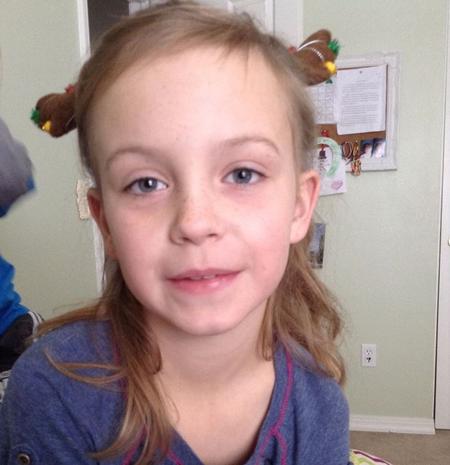 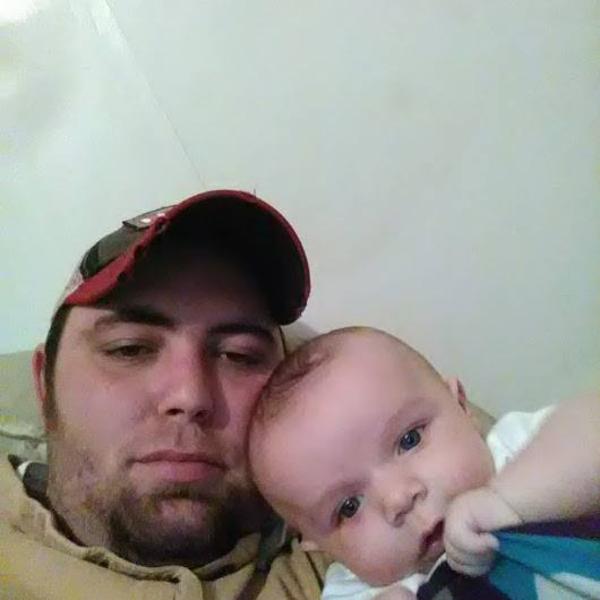 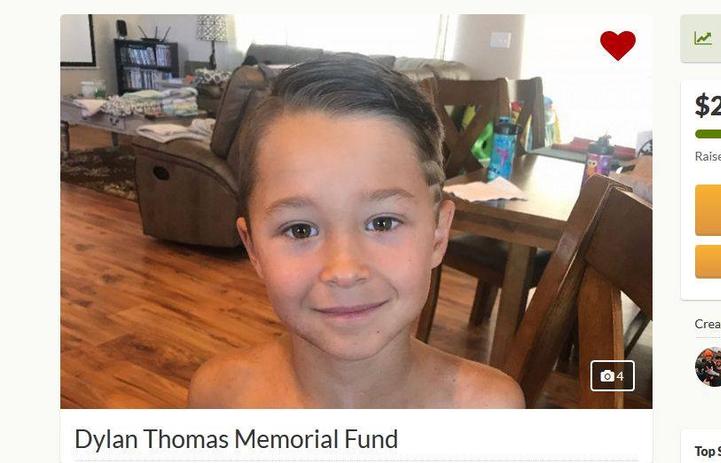 Click Here To See Our Report On Her Death Note: We Have Not Been Able To Get The Police Report Or
Investigation Or Details To Use And Prevent Others From The Same Death's
View on Mobile