Even A Police Chief Is Stealing Trailers
And Not A Single Word From Any Insurance
Company...Don' t You Find It Odd?  Click Here 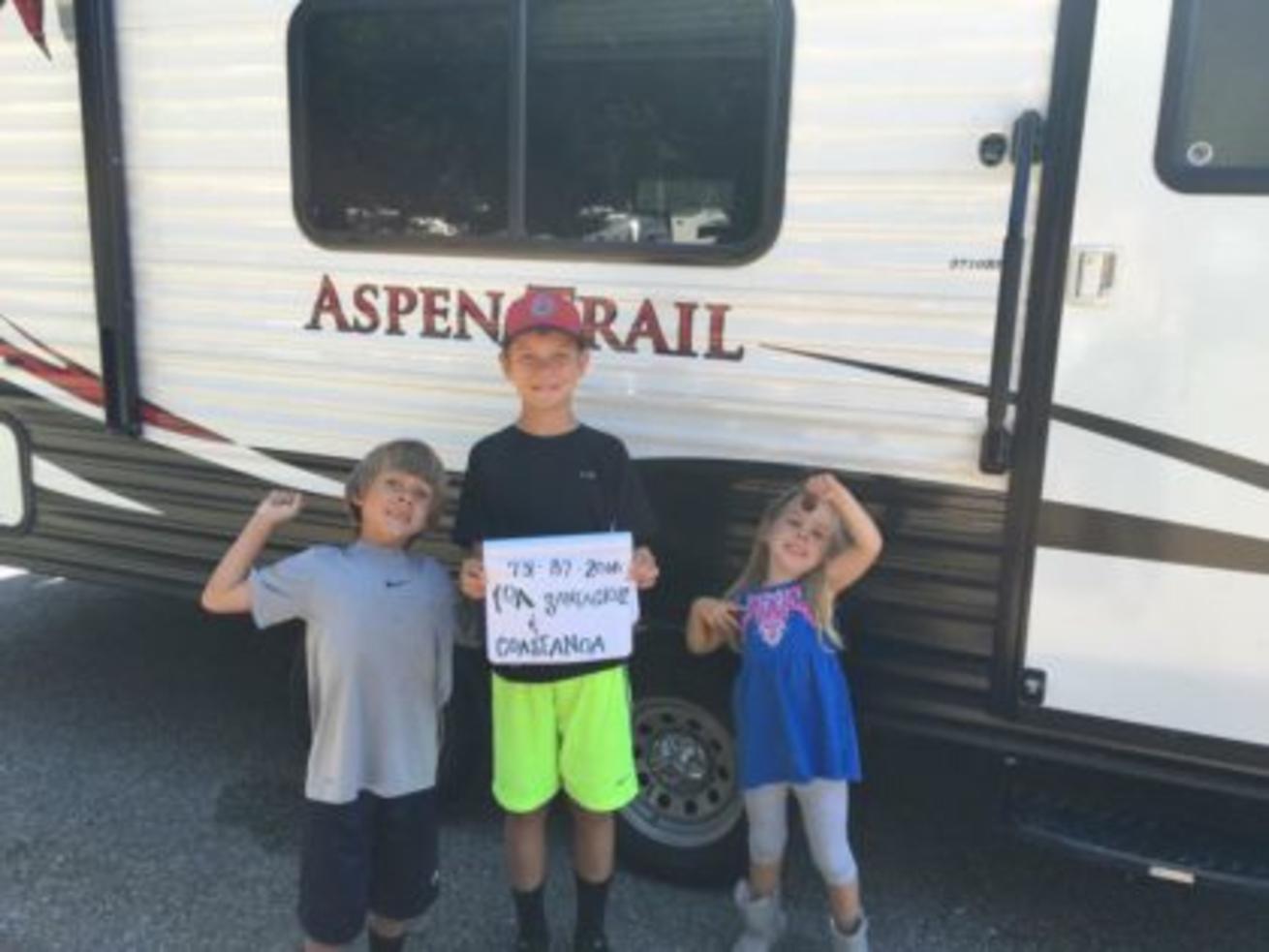 I am most certain you have found all of our important documents that we were keeping safe from the fire. You have the potential to destroy our identity. I hope and pray you leave us alone. You may have thought to yourself, "Must be nice to have a trailer, it does seem like an unnecessary luxury."

Sir, have you worked hard everyday for 20 years? Do you have any discipline, commitment, perseverance, passion, work ethic? Sir, my husband and I have worked hard in our careers for 20 years. We do not go on extravagant vacations very much. The trailer was purchased for our sweet family to travel, laugh, play, and build memories together. Even if you manage to destroy, or never give back our trailer, you cannot steal the love our family shares.

I hope and pray that you have family somewhere who can love you and forgive you. Most importantly, I pray for your soul. You have shown that you are on a very rocky path with very little hope. A person who kicks a family when they are already down is a person filled with wickedness.

Thanks to you, my family - who has a new fear of fire danger - now has fear of thieves! I urge you sir, do the right thing, and surrender and get your life on track.

Don't you find it odd that not a single insurance company has or tried to prevent all of these fires.....

Don't you find it odd that not a single insurance company has or tried to help us set a National Registration Standard for these trailers?

Don't you find it odd that only our organization has tried to prevent these fires caused by people who tow trailers and people who steal trailers from happening in the first place?

It's not the Russians who are starting fires and stealing trailers everybody it's your our own American Citizens....who are and nobody in Government wants to fix the problem....why?

Click Here For The Original News Story
Our Press Release That Has Been Ignored By Every Political Leader And Insurance Company...
Don't You Find It Odd That Not A Single Word About All These Thefts? Click Here

In the meantime, Megan Bonnin wrote a message - below - to the thief who stole the family's trailer

I’m calling you "sir" because I am quite certain it took a good amount of strength and testosterone to pull off your crime.

I just wanted to start off by telling you how sad I am for you, as you must be in desperate times and needing help. I wish you knew us, and could’ve asked for help. We would’ve figured something out to help you.

However, you used very poor logic and reasoning to make such a poor and hurtful choice.

I want you to know that the trailer is quite valuable, but not for the reasons that you took it. By now, you must have busted the door in and have taken a look around to see all the treasures that you acquired. However, these “treasures” are not going to do you much good.

You see sir, our family wasn’t packing for vacation, or a weekend in the woods. We packed in the wee dark hours of the morning two weeks ago, when fire was raging over the hillside into our beloved neighborhood. We woke our kids in time for them to pick a few things they treasured. If you are relaxing on our couch, you had to move a few items. My 9- year-old's baby blanket was sitting there. He still sleeps with it every night, but that particular day, he decided to keep it in the trailer for safekeeping and to look brave.

You also had to move my 14-year-old's baseball jersey from last summer, when his team won a division championship. Sir, have you ever been on a team? It takes hard work, perseverance and dedication. It comes with celebrations and disappointments. I’m guessing you didn’t play well on a team or you would’ve been surrounded by people who love and care about you, as if you were an extension of family. That jersey may look like any shirt to you, but not for him.

You may find yourself having to move a swing seat to the side. My oldest son ran out to our front yard that morning and removed the tree swing that he, his siblings and close friends have all grown up swinging on. He couldn’t imagine it being melted in the fire. It has no value to you, but means everything to them.

You may also now be annoyed that there is a bike blocking your path. No, it’s not valuable in terms of money. It’s my son’s bike that he got for Christmas. You see sir, he’s a middle child, and most everything he has is a hand-me-down. This bike was his first bike that nobody else rode before him. If you look close enough, you’ll see the sticker with his name that an uncle carefully handcrafted for him.

You may also be annoyed with a set of golf clubs. This set of clubs is on their third generation in our family. They were passed down to my son, by his uncle, so he could continue the passion our family has had for the game. We don’t particularly put a ton of value in golf clubs, but they are a special heirloom we were trusted with.

If you have moved to the kitchen table, you are surrounded by tiny treasures that belong to my 6-year-old daughter. Sir, have you been around a 6-year-old girl lately? Everything is special to a 6-year-old girl! She saves every rock, jewel, stick, and doesn’t forget. If you are still sitting there, you’ll probably notice the trailer is fully packed with the silly things that she loves. If you get bored, you can play her games, put together her puzzles and play with her dolls.

You are probably weary from your day of running and hiding from the law. If you lie down in my bed, which already gives me nightmares to imagine, you can look up and see 20 photo albums on the shelf. Starting from when I was a baby, to my third child, these albums were carefully and lovingly made to be a legacy to my children. They aren’t just photo albums, but my heart. I journaled everything on each page. You see sir, I knew, someday, I would no longer remember how much they weighed or when they took their first steps or the cute things they did or said. I wrote everything down and you have that in your possession. That is all I want back!

If you have thoroughly investigated, you will have noticed my kids' piggy banks. They are not rich in cash flow, but their money is from the tooth fairy, birthdays, and the occasional reward for a job well done. If you asked them nicely, they would’ve given it all to you. Sir, they are learning to put others first and have kind hearts. You could learn a lot from them.

Safety Chains That Drag And Or Defective Trailers That Blow
Tires Cause Sparks And Cause Fires!  Don't You Find It Odd Not A Singe Insurance Company Has Even Mentioned This?
Click Here

Editor's note:  Zach Bonnin is a City of Redding planner. Megan Bonnin is a registered dental hygienist. They moved to the Redding area in 2001, and have three children, ages 14, 9 and 6.

The Bonnins were evacuated from their Shasta home during the Carr Fire more than two weeks ago. They used their travel trailer as a container to store their most precious items during evacuation. Not knowing how long the evacuation would last, Megan took the children Arizona for two weeks, and Zack stayed in town with the dogs where he and the pets alternated between staying in the trailer and with friends.

In anticipation of repopulation, Zach moved his trailer for safe-keeping to some property located off the road from Highway 44 where a friend was building a house. Bonnin assumed this was a secure location, since his friend worked there most days. Tuesday night the family was given the OK to return home, and Bonnin planned to pick up their trailer the following day, so they could empty it of all the valuables selected for evacuation. Wednesday morning the friend called and asked if Zach had picked up the trailer, because it was gone.

Someone had stolen the trailer Tuesday night. 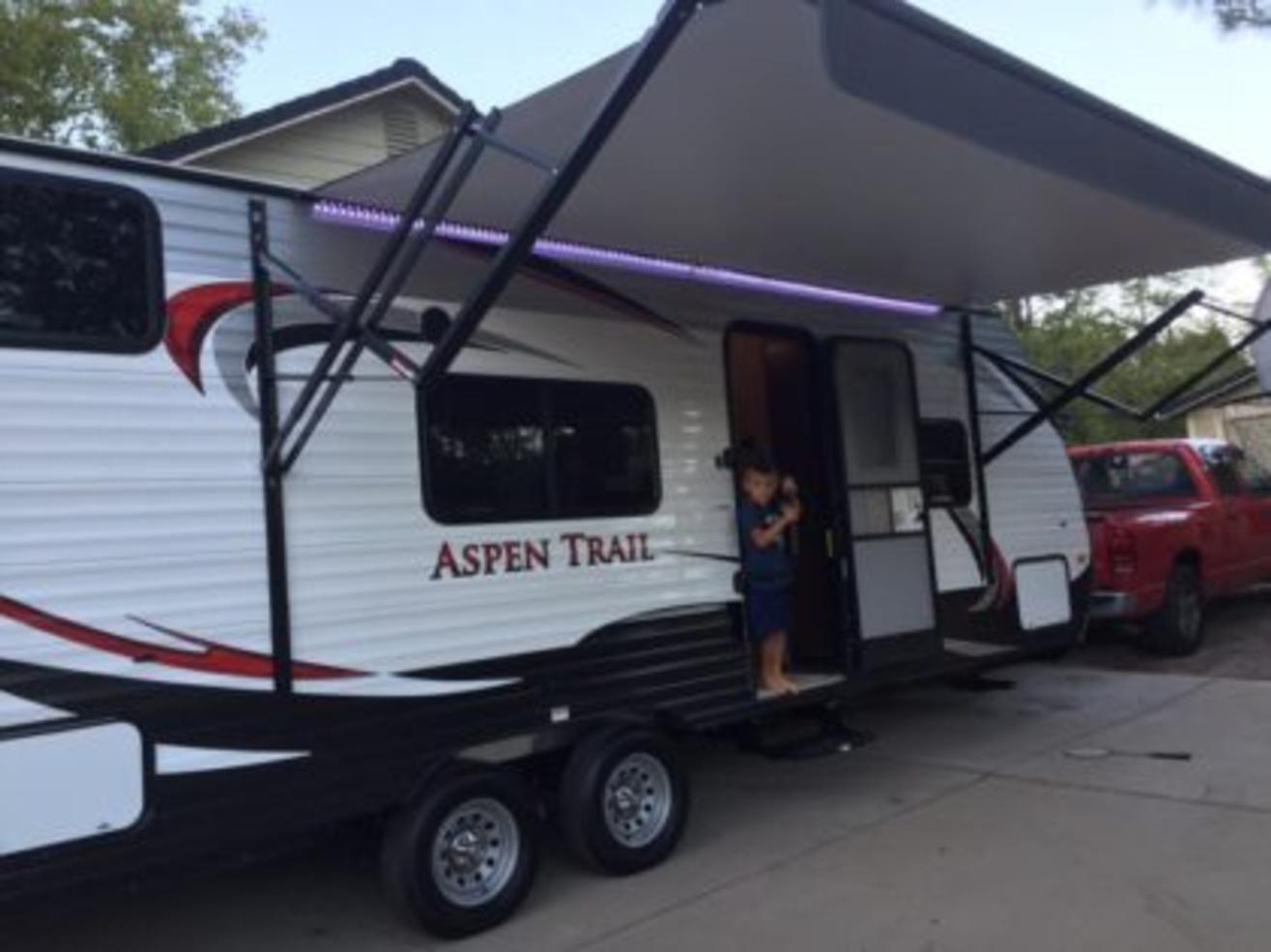 FOIA  Request And They Gave Me Hell And Drove Put Me Through The "Hamster Wheel Of Government" To Obtain
Don't You Find It Odd That Not A Single Insurance
Company Helped Pay For Us To Obtain This?
Click here 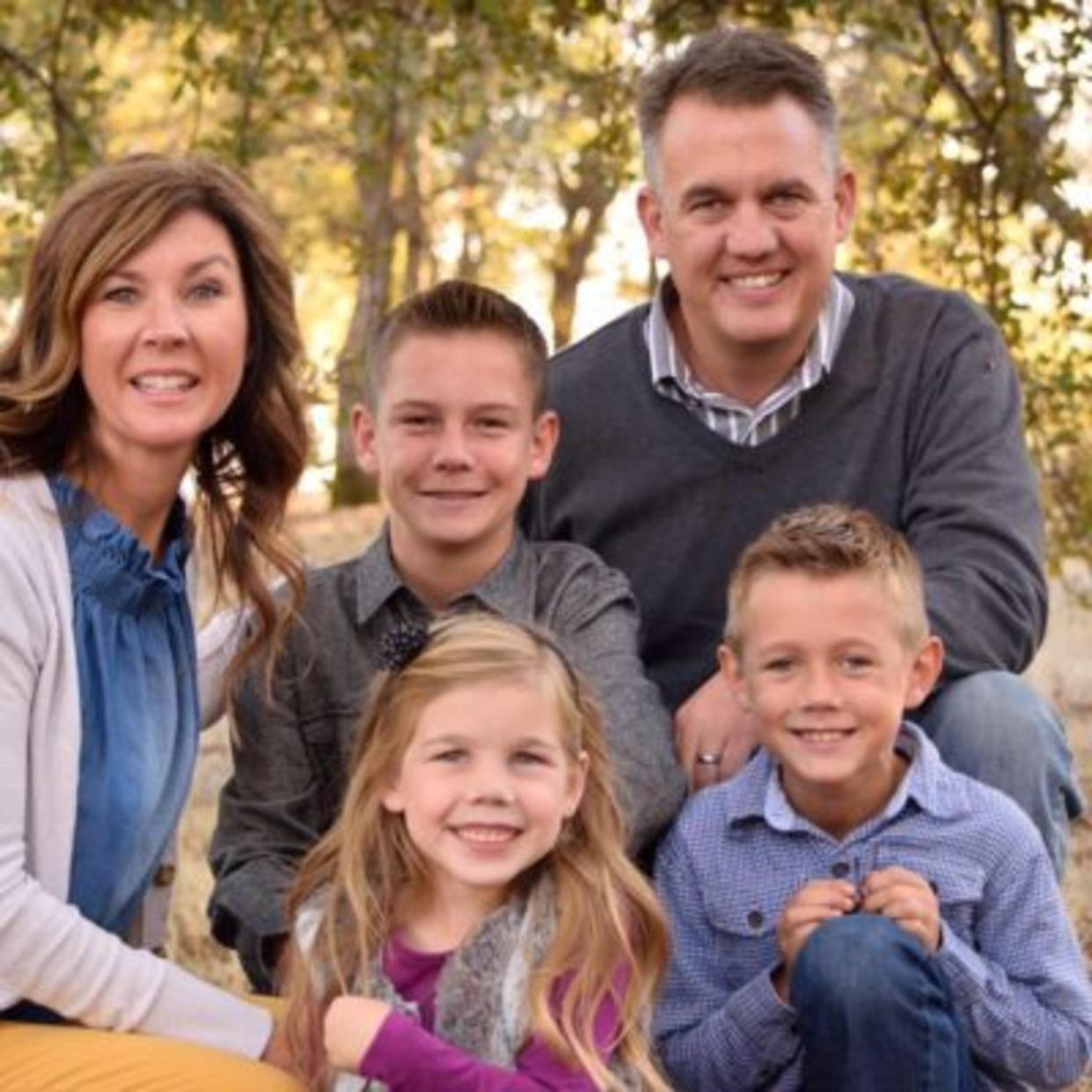