'It could have easily killed someone!': Runaway trailer speeds terrifyingly down a residential street and smashes through a bus shelter before finally stopping by hitting a tree

This is the moment a runaway trailer came speeding down a street in Sheffield
It smashed through edge of a bus shelter before ripping a post from the ground
Finally, it comes to a halt after crashing into a large tree

By Jessica Green For Mailonline

This is the moment a runaway trailer came speeding down a residential street ploughing through a bus stop and hitting a tree after becoming detached from a car.

Footage shows the 10ft trailer race down the street in Sheffield, South Yorkshire, smashing through the edge of a bus shelter before ripping a post completely out from the concrete.

It finally comes to a crashing halt after hitting a large tree while the driver chases helplessly after it in his 4x4.

Paul Tansley, 59, owner of the CCTV footage and who lives nearby, says it is lucky the greenery was there or the trailer would have 'demolished a house'.

Civil servant Paul believes the driver was fortunate the runaway trailer did not kill someone and that no one was waiting for a bus at the time or they would have had 'no chance'.

Paul, from Sheffield, added: 'When I saw the CCTV footage I couldn't believe it. It could have easily killed someone.

'It took out the top right hand corner of the bus shelter and one of its posts out and the bus stop itself.

'The trailer was going incredibly fast. I don't know what happened behind that privet hedge but it clearly came off and overtook [the driver].

The driver was quite shook up apparently, quite shocked. If the trailer hadn't have hit the tree it would have carried on straight across the road and straight through one of the houses.

'It would probably demolished a house at that speed. If anyone would have been coming towards the bus stop on the pavement they would have certainly been killed.

'If it had been a few inches to one side it would have been fatal to anyone sat in the bus stop - there was no escape.'

Paul was out at work when the incident occurred around 1.30pm on Wednesday but his wife was home.

She heard the crash and came out to help, where she discovered the driver in shock.

Paul said: 'The excuse he gave was that someone had nicked the pin that secured the trailer to his car.

'She asked him if he wanted us to report it or phone the police and he said he would, he promised to do it when he got home.

'But no one came round so I contacted the police and told them what happened. The bus company said the damage had not been reported to them.

'It was quite a lot of damage. It took the post clean out of the ground, right out of the concrete.' 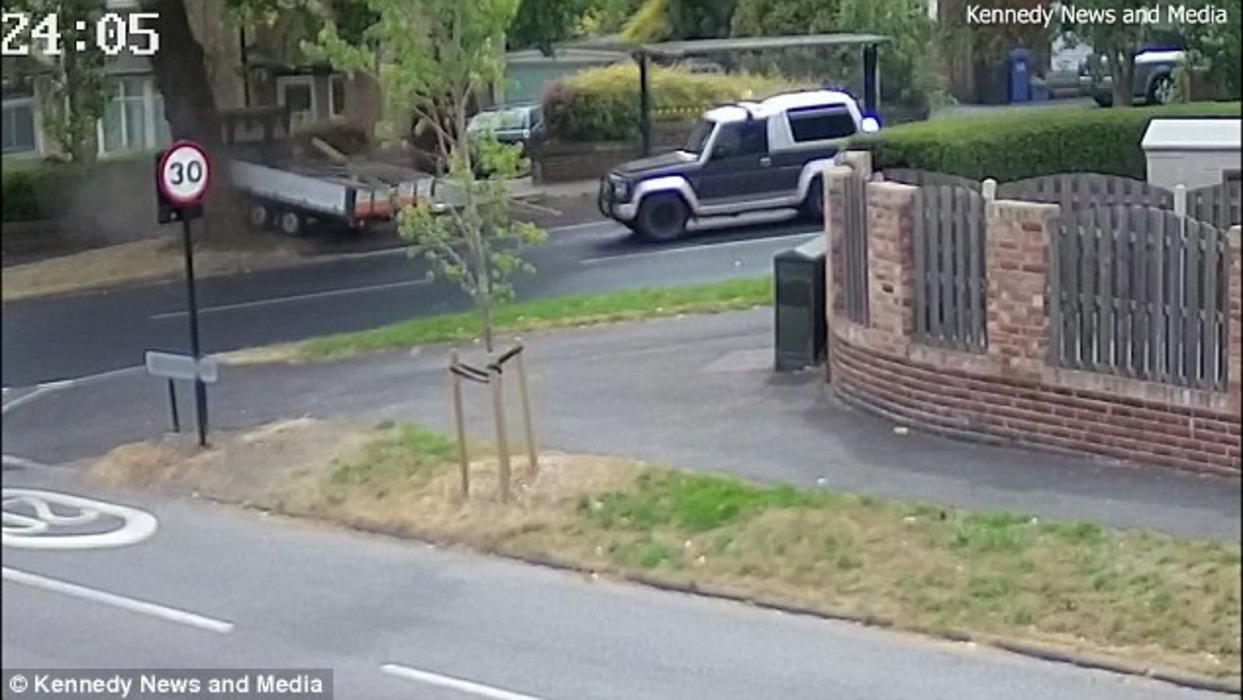 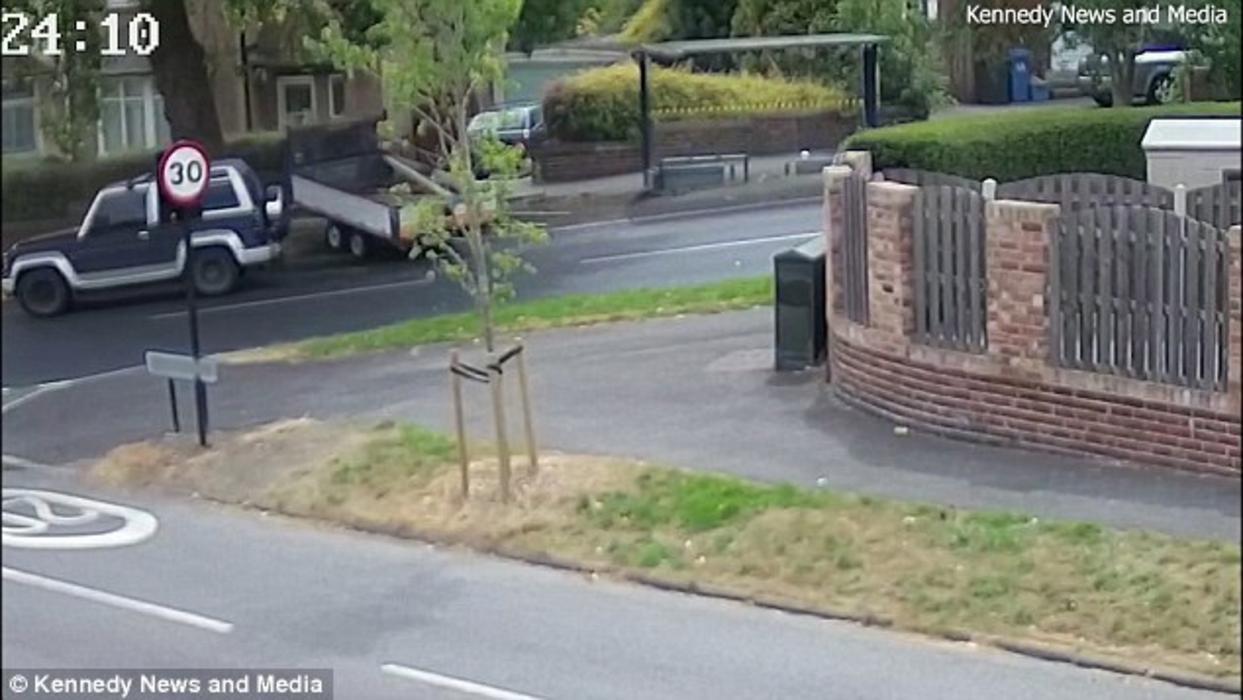 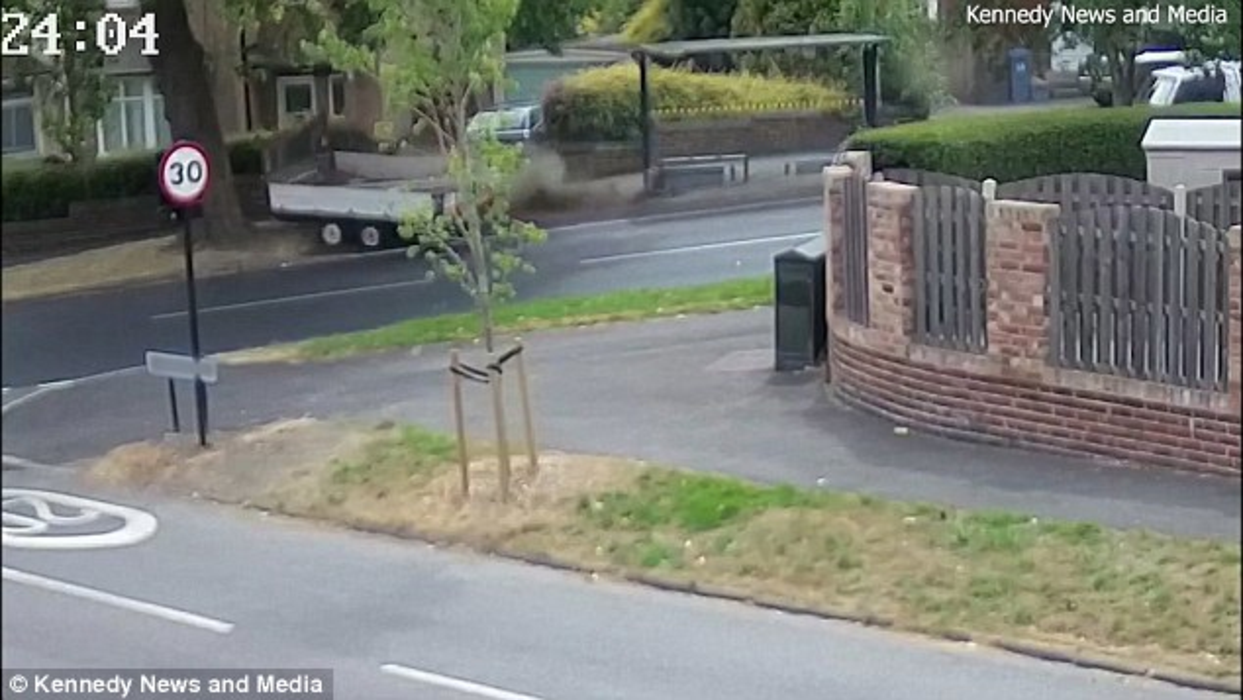 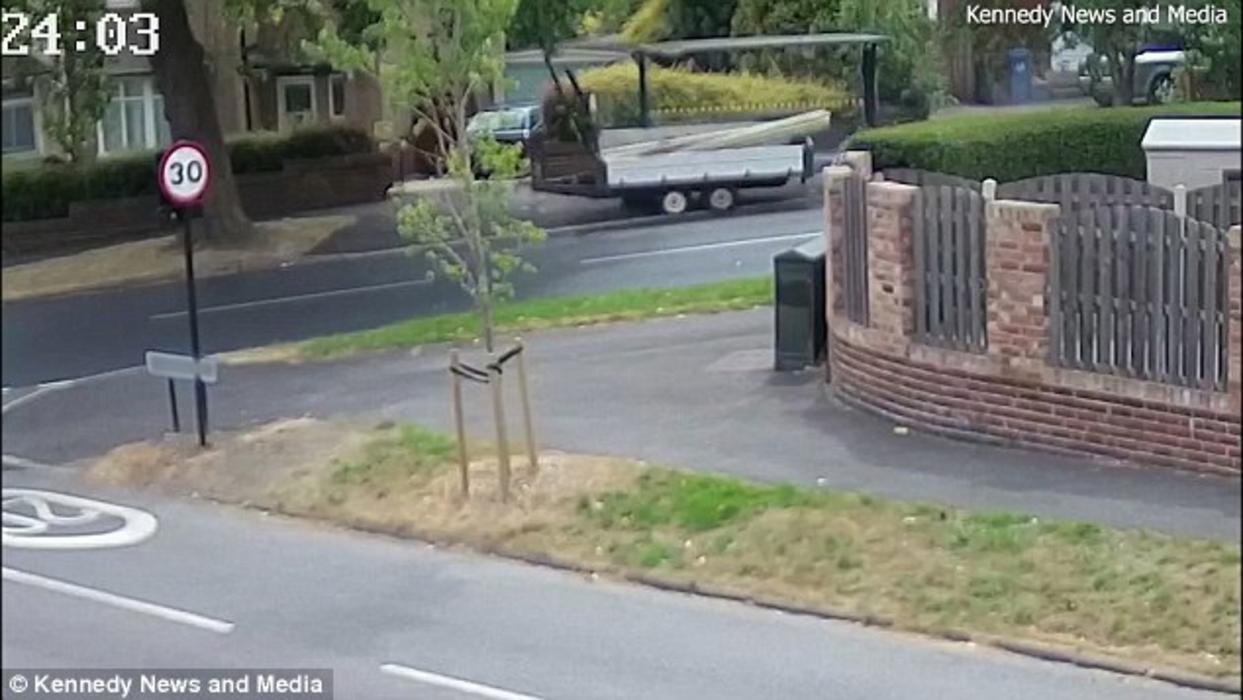 In Henrico County VA the fastest way to destroy a man on a mission of saving lives is to get to his wife and children and convince them that their father needs to stop and give up trying to save lives.......Not only do I have to battle the Government And The Utility Trailer Industry I have to battle my own family because we spend much needed revenue trying to save others.

Why is it so difficult to get anything done in the United States Of America and World Wide anymore?

Houston we have a problem...he now has video of trailer clearly coming  loose....quick lets send someone to harass him and shut him  up..?