Another One Bites The Dust....Boy We Have Really Stupid Lawmakers In The United States......And Guess What?  We Are Not Russian.

Equipment, trailer stolen from church....Hey Stupid Media...It's Not The Russians...... 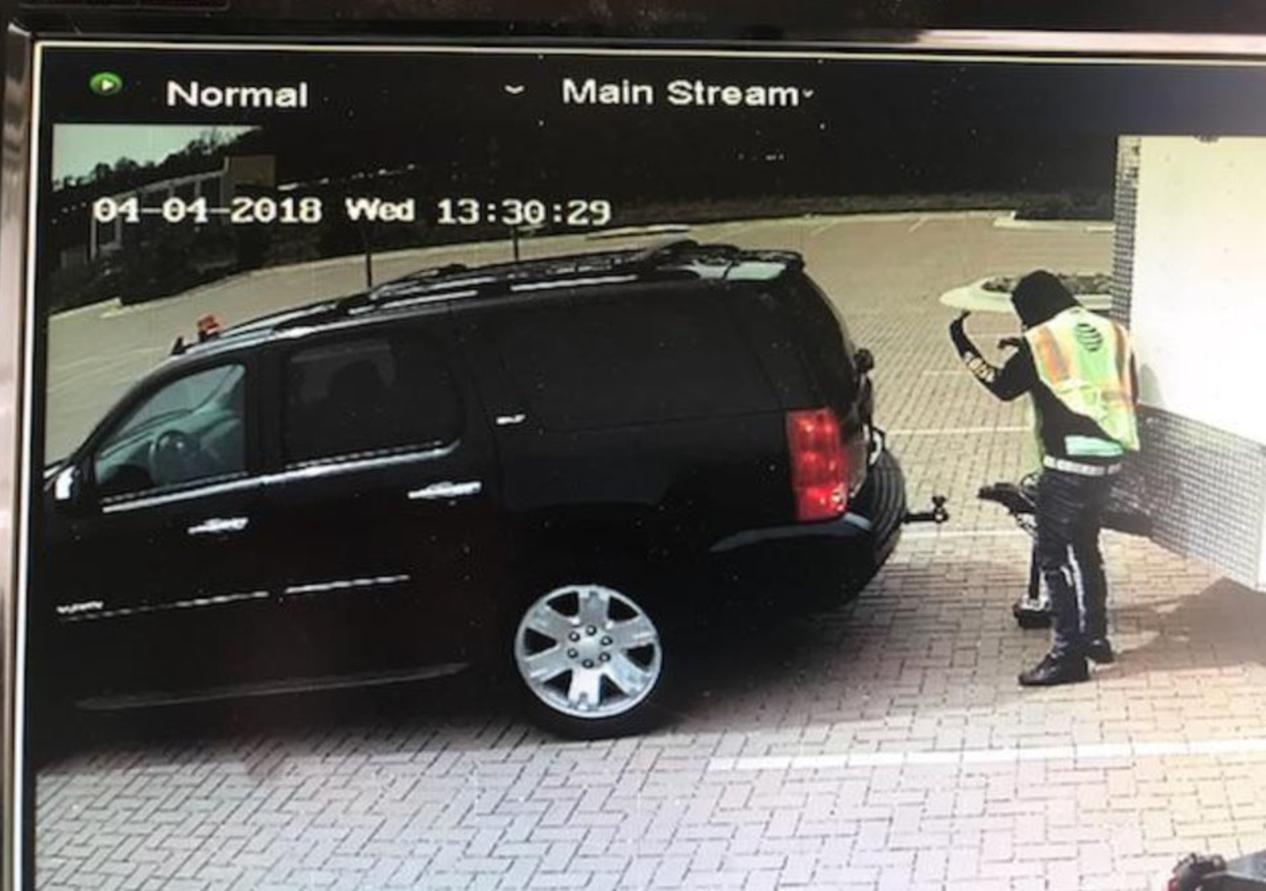 Authorities are searching for suspects after three alleged thieves used AT&T traffic safety vests and other disguises to steal a trailer and a piece of construction equipment worth more than $13,000 from a north Forsyth church in broad daylight late last week.

According to Cpl. Doug Rainwater of the Forsyth County Sheriff’s Office, the video provided by the cameras showed three suspects as they drove up to the trailer in a black Chevy Suburban, “pried off the lock,” hooked the trailer to the SUV and drove away.

Rainwater said that the three suspects were clearly wearing safety vests in the video and had an orange dome light attached to the top of their SUV, and both elements were likely part of a disguise to allay suspicions of anyone that might see them.

“A lot of thieves now use day light now to steal in plain sight,” Rainwater said.

A Forsyth County Sheriff’s Office report from the incident stated that the trailer that was stolen contained a scissor lift worth $13,500.

The report stated the person that alerted deputies to the crime, said “he noticed contractors working on the cables” the day before the trailer was discovered missing.

Rainwater said that the uniforms were likely stolen and the thieves “were just dressing the part to throw us off.”

Rainwater also said that the suspected thieves likely came specifically for the trailer and its contents.

“There is a good chance they knew the scissor lift was inside the trailer,” he said.

Both the trailer and scissor lift can be traced according to Rainwater, and have been entered into the statewide database.

So far no suspects have been put forth by authorities, but Rainwater said that anyone with any information on the crime or contact with the suspects can contact Detective Stokes of the criminal investigation section at (678) 513-5971.