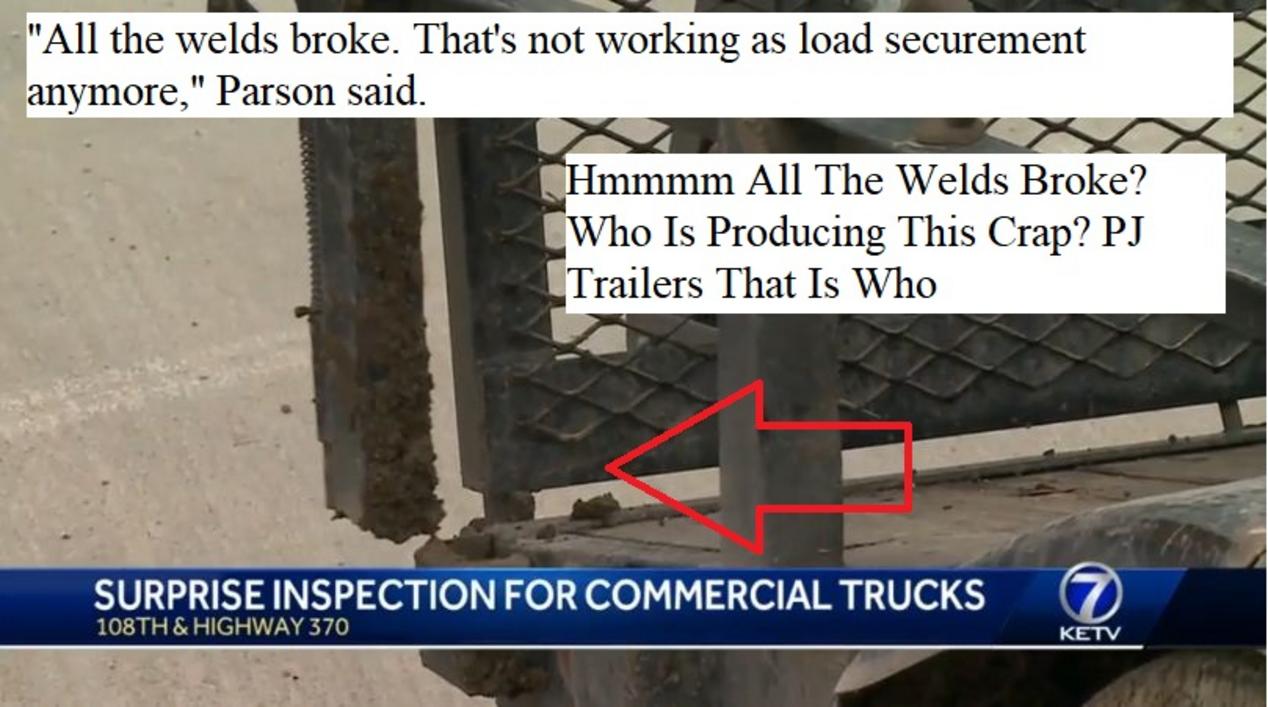 On Friday morning, the Nebraska State Patrol caught a lot of commercial truck drivers off guard.

"He's going to be looking for lights, checking the horn," Trooper Lt. Kurt Vonrentzell, of the Nebraska State Patrol, said.

The troopers were out looking for violations.


"Are you pressing them?" Parson said. "OK. Now, release them. His right brake light isn't working."


Several brake lights out on Zachary Penny's truck added up to a pretty hefty fine, but then Parson noticed something bigger.

"As you can see right here, I'm checking the breakaway chain," Parson said. "The safety chain being broke like that, it's going to be an out-of-service violation. That's a pretty severe violation right there."


If the trailer becomes detached from the truck, the chain locks and prevents the trailer from flying into traffic.

"I already know we're going to get some tickets. I seen him writing them down," Penny said.


Penny said he understood why there is a need for stops such as the one he was in.


"I see that you guys have a lot of people pulled over so I see they are doing a really good inspection," Penny said.


Vonrentzell said that's because they don't take any excuses.


"We stress that the driver does the pretrip inspection," Vonrentzell said.
"They do their walk around. They check their lights. They check the things they are supposed to before they go out that day."


After the hourlong inspection, Parson went over the violations with Penny.


"All together, there's a total of 24 violations. Seven of those violations were out-of-service violations." Parson said.


Penny had to leave the trailer behind because of the out-of-service violations.


"All the welds broke. That's not working as load securement anymore," Parson said.

Surprise our education efforts spurred a state troopers commercial safety team to alert a news team that they were going to have a surprise commercial inspection and guess what?  OMG violations all over the place and then mind you this is commercial vehicle drivers who know and are trained to ensure the safety of the vehicle and towing trailers.

If you think this is bad then how about Non-Commercial trailers and farm tagged trailers our data indicates over 80% violation rates.  Stunning right? 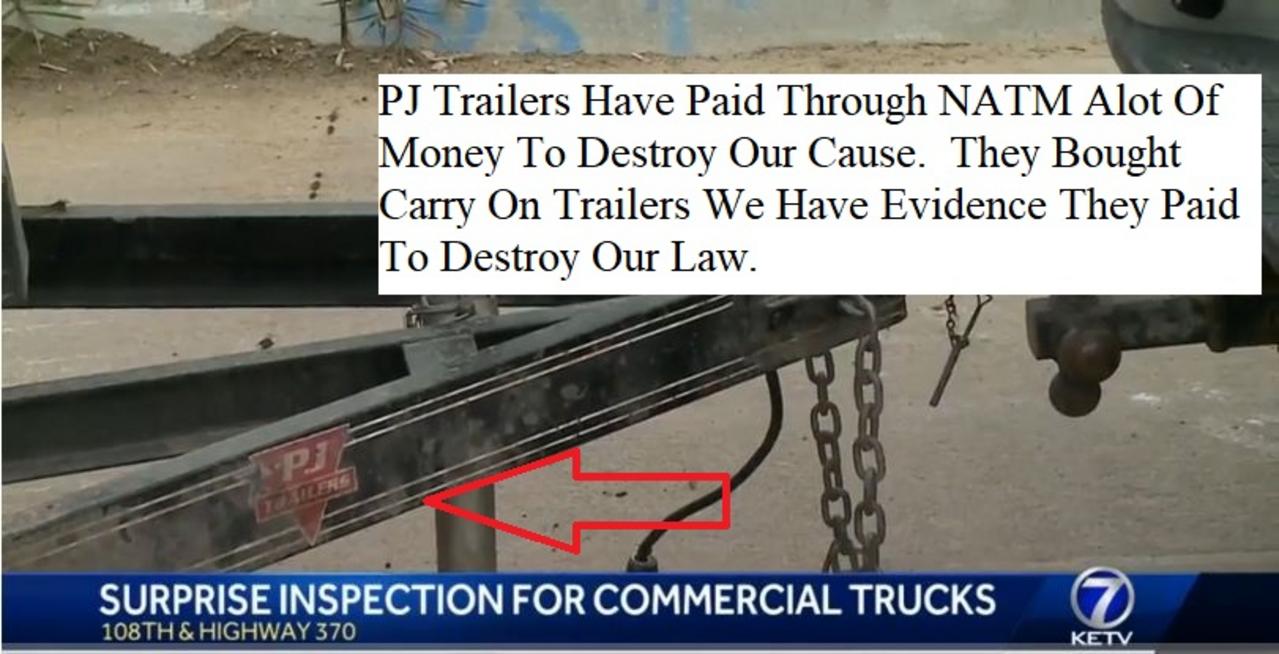 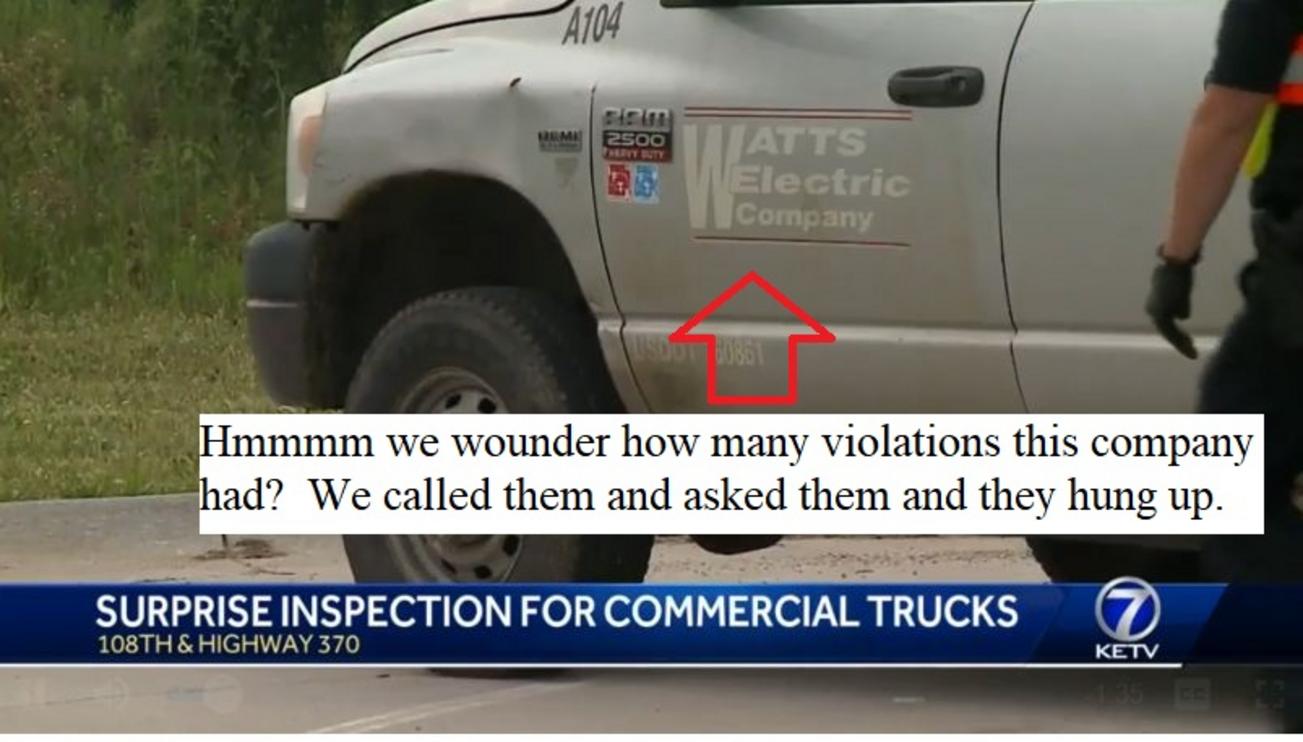