ST. ALBANS W.Va. (WOWK) – St. Albans Police say three children have been taken to the hospital for non-life-threatening injuries after an UTV lost control and accelerated onto a float during the city’s Veteran’s Day parade. Of the five children who were on the float, only three were hospitalized. The hospital says one of the three has been admitted to trauma care.

For local and breaking news, weather alerts, video and more, download the FREE WOWK 13 News App from the Apple App Store or the Google Play Store. 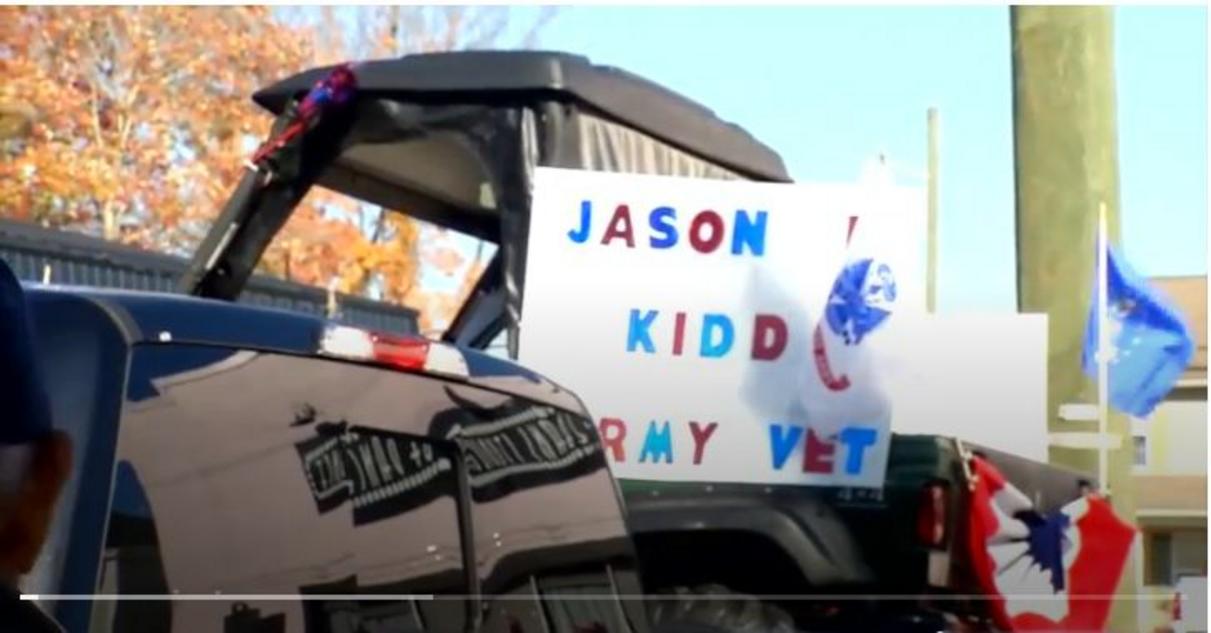 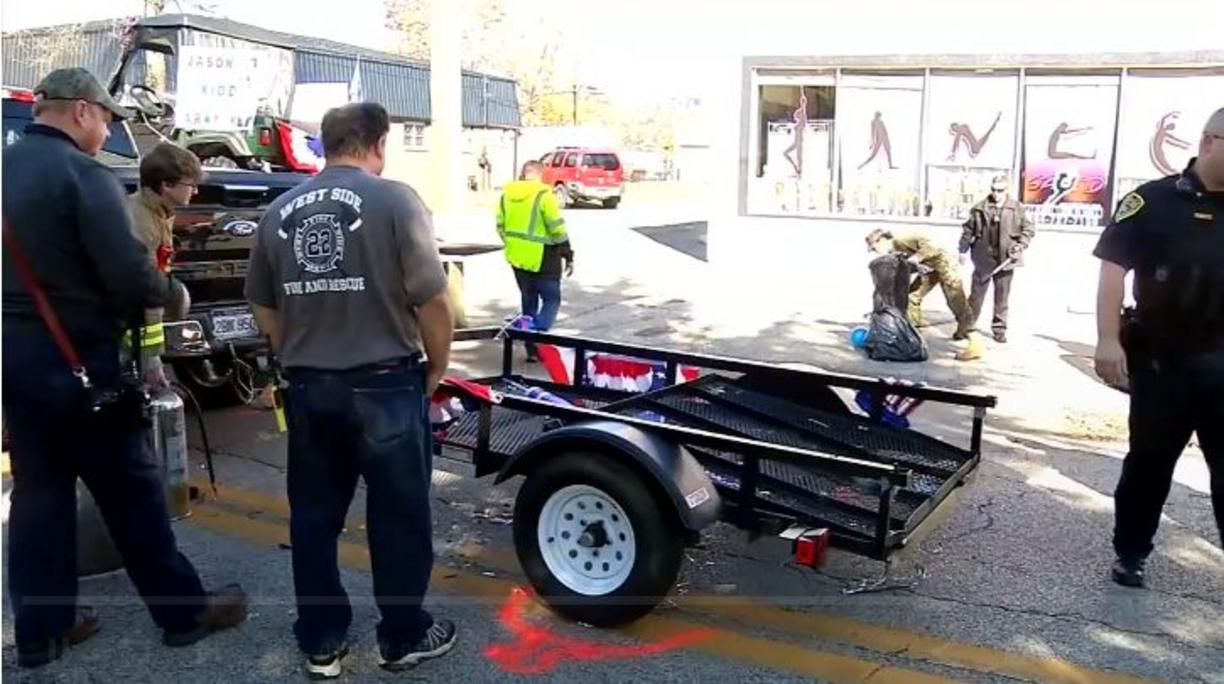 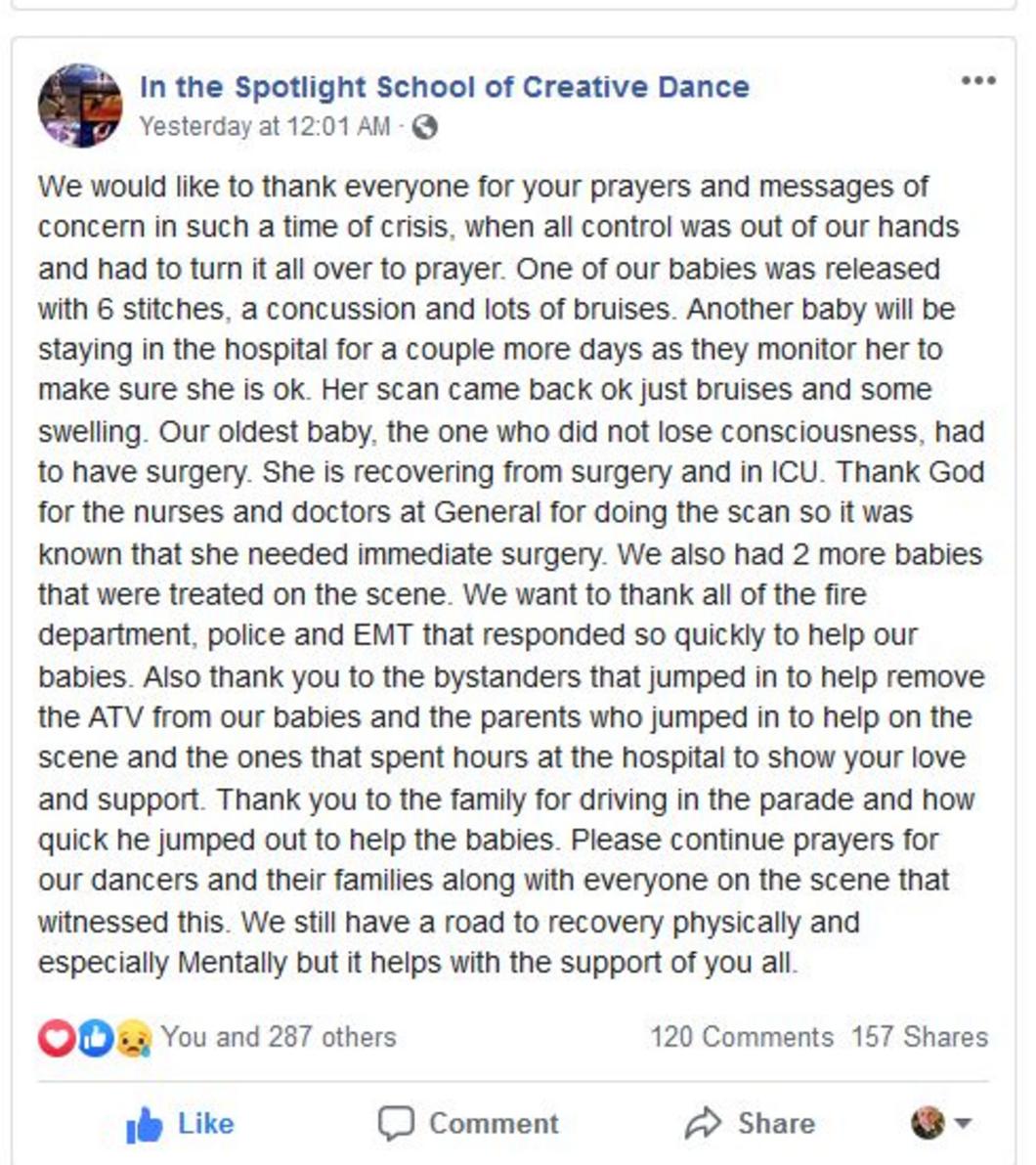 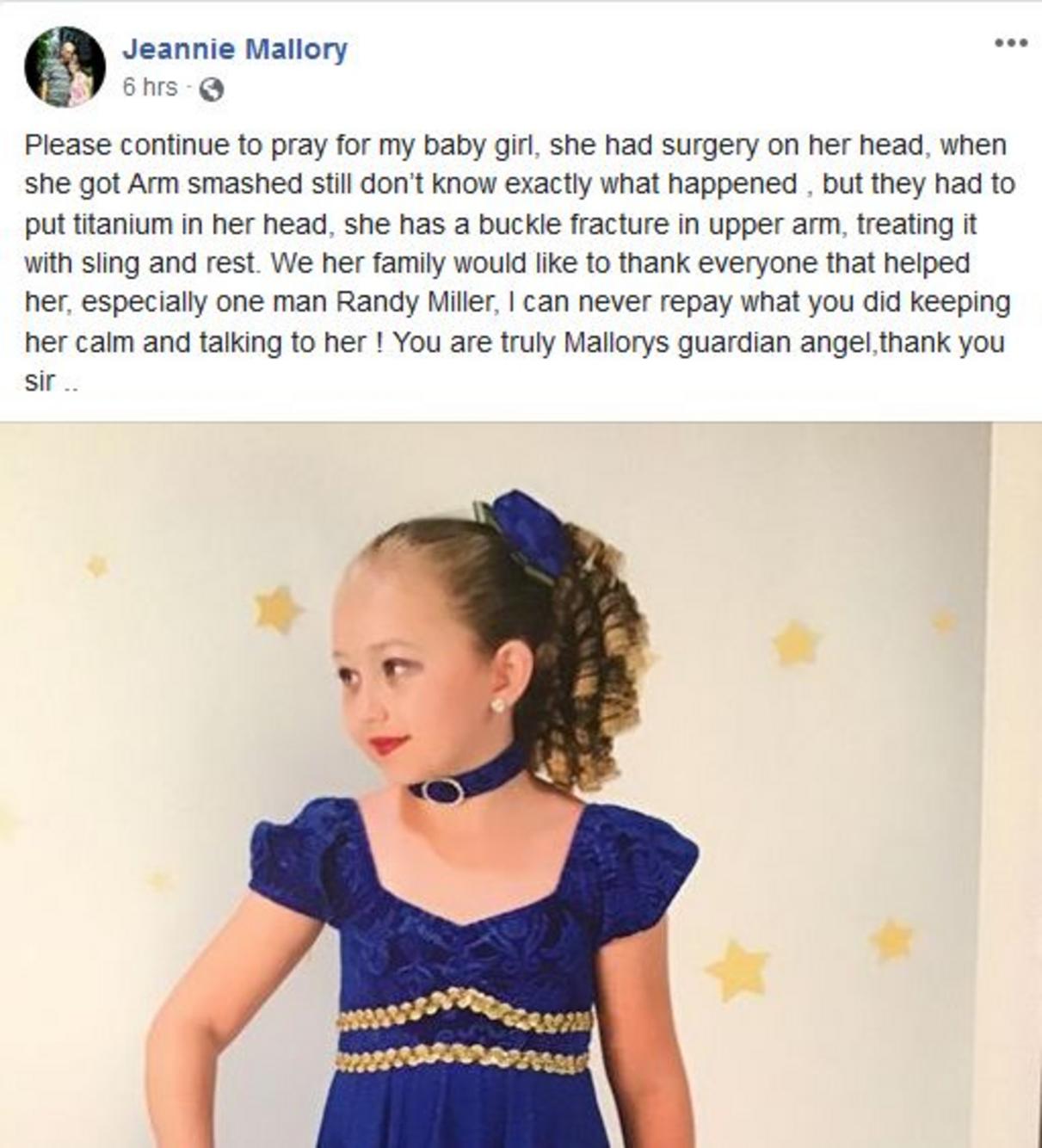 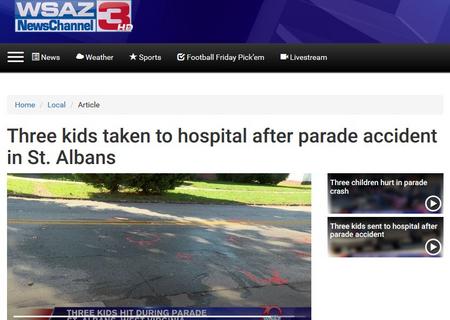 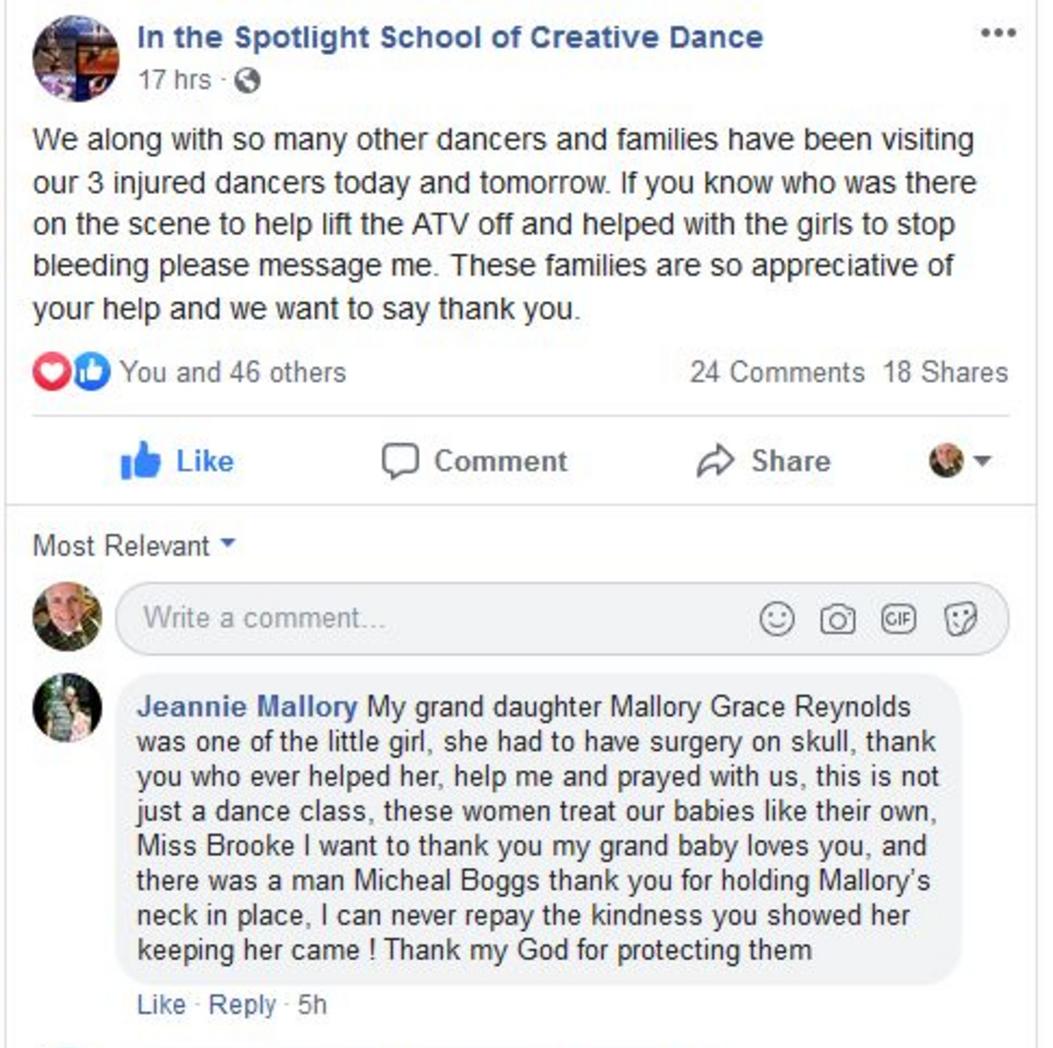 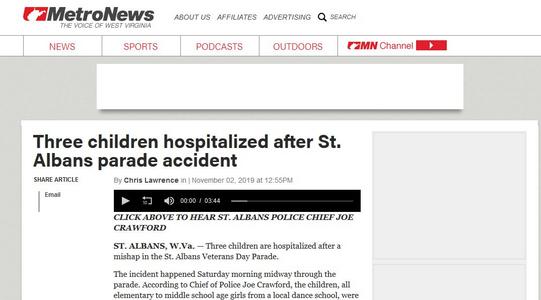 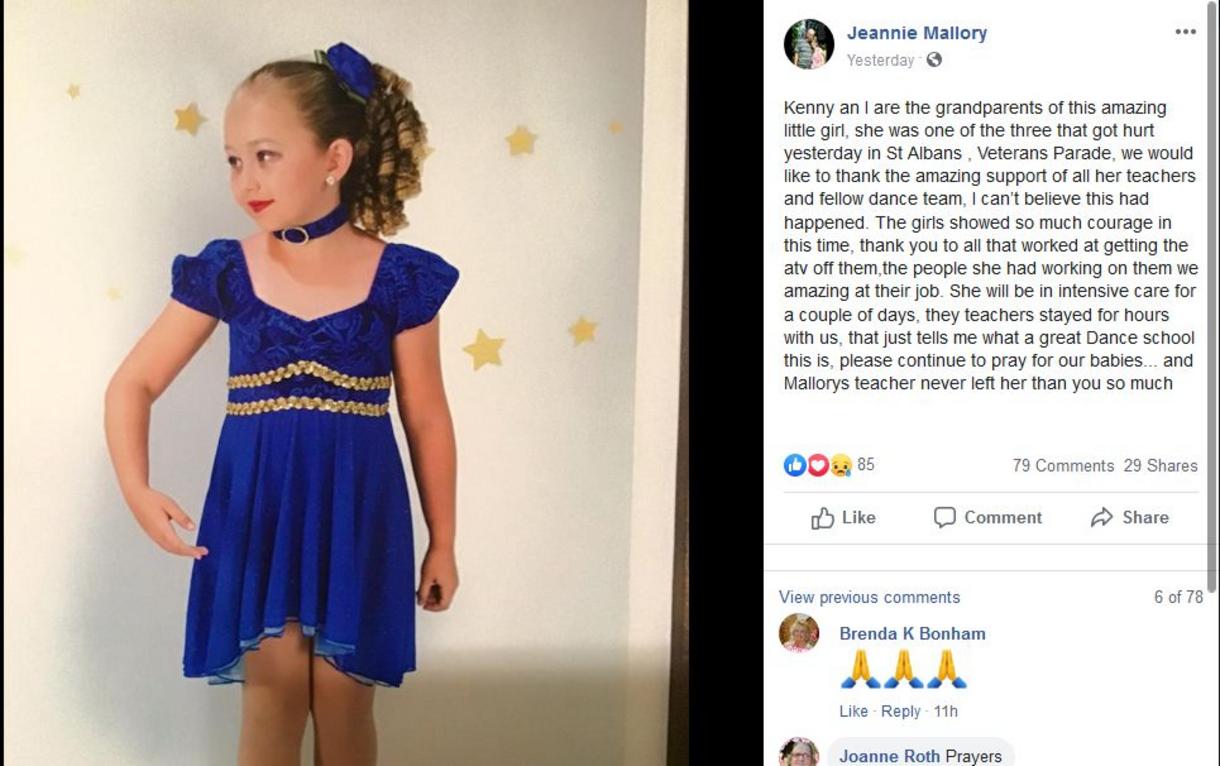 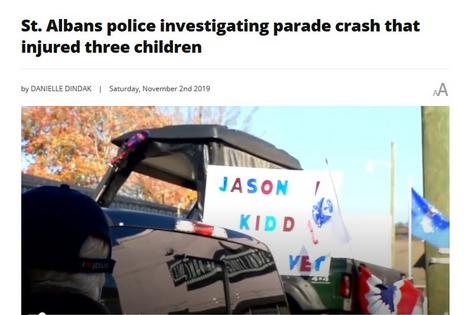 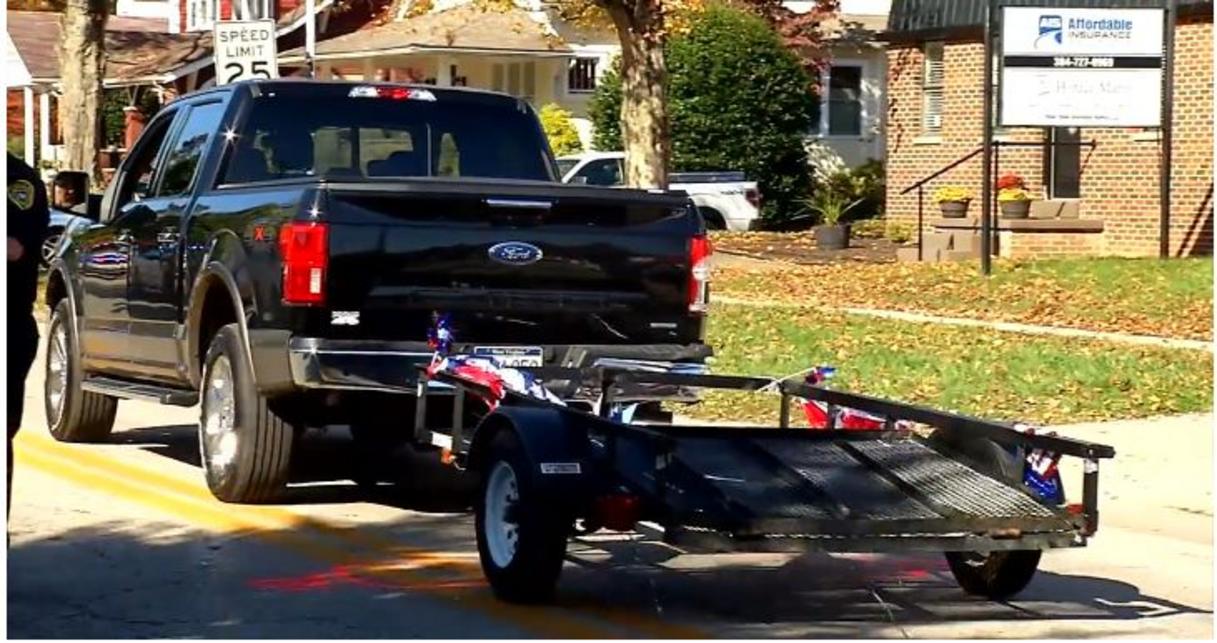 We have the right to "Say Something And Do Something"  When the government keeps asking us to stand up and do something.

Well what do you think we are trying to do?  Everybody keeps ignoring our Safety Concerns .... Why?

The City Of St. Albans their elected leaders

And The Parade Organization Is Totally On The Hook For This One!

The only way to make them make a Parade Safety Standard is to have the families sue and that is the only way that they will do anything.

Why do we have to sue people and Cities in order to save lives in America?  It did not have to come to this. We expose everybody nobody is safe.

We have more evidence of total ignorance then anybody has on the Ukraine Whisleblower.