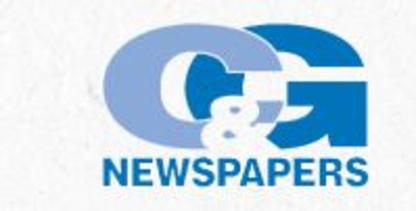 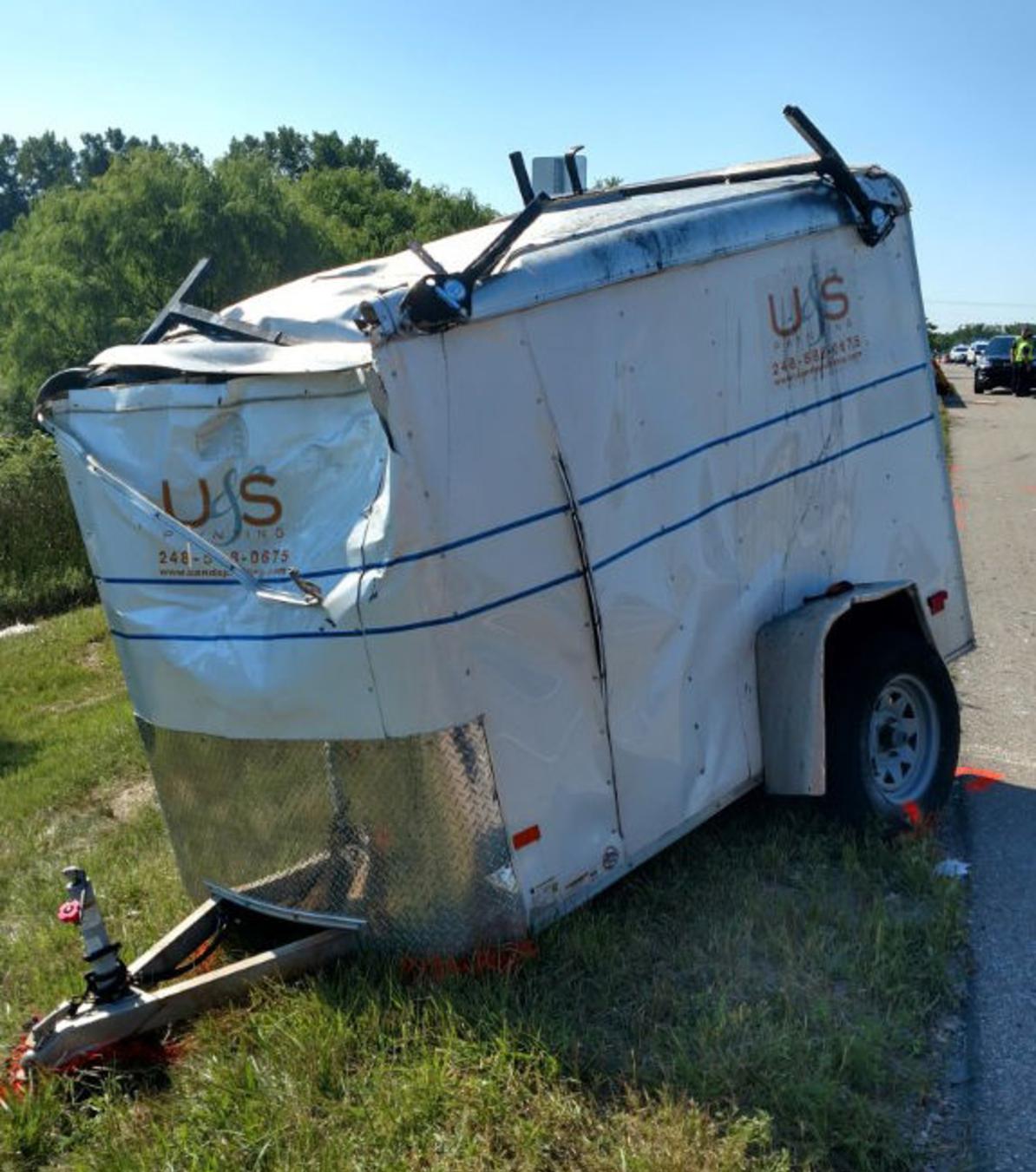 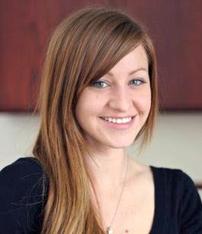 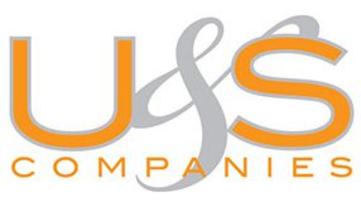 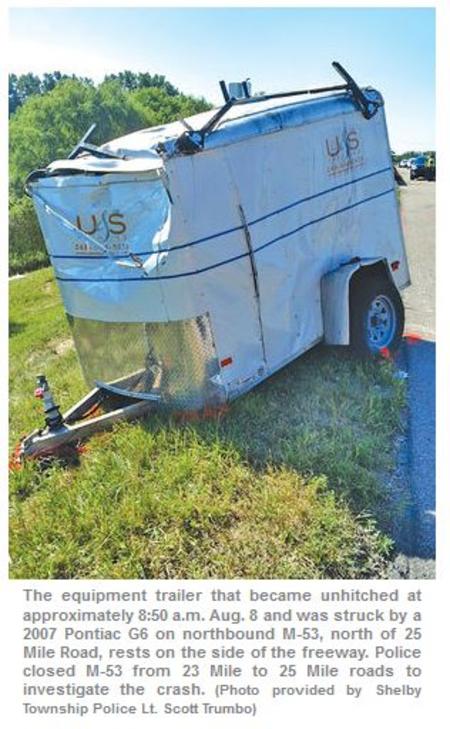 Staff Writer Sarah Wojcik covers Shelby Township and Utica for the Shelby-Utica News. Sarah has worked for C & G Newspapers since 2013 and attended Oakland University. She has won four Excellence in Journalism awards from the Detroit chapter of the Society of Professional Journalists.

The equipment trailer that became unhitched at approximately 8:50 a.m. Aug. 8 and was struck by a 2007 Pontiac G6 on northbound M-53, north of 25 Mile Road, rests on the side of the freeway. Police closed M-53 from 23 Mile to 25 Mile roads to investigate the crash. (Photo provided by Shelby Township Police Lt. Scott Trumbo)

SHELBY TOWNSHIP — On Aug. 15, police finished their investigation into the cause of what was initially reported as a serious injury crash involving an unhitched trailer and a 2007 Pontiac G6 on northbound M-53 at approximately 8:54 a.m. Aug. 8.

Officer Derek Stansbury said the Shelby Township Police Department issued the driver of the truck that had been hauling the improperly secured trailer a careless driving citation.

Careless driving is a 3-point civil infraction that carries a $225 fine if the driver is involved in an accident, according to a 41-A District Court traffic clerk.

Stansbury said the trailer became detached from the power unit of the truck, rolled over and came to rest on its side in the right lane of northbound M-53, just north of 25 Mile Road. He said the car directly in front of the victim was able to swerve around the trailer, but the 23-year-old driving the G6 struck it.

“He didn’t have anywhere to go. There was a car to his left. He tried to stop and couldn’t, and he tried swerving to the right, out of the way, but he couldn’t swerve out of the way in time and ended up hitting the trailer,” Stansbury said. “It caused his vehicle to go onto the shoulder to the right, and the trailer slid back over right-side-up again.”

Emergency personnel attended to the 23-year-old Madison Heights man at the scene and transported him to Troy Beaumont Hospital with what first responders initially believed to be serious injuries.

Police shut down northbound M-53 from 23 Mile Road to the scene of the crash for approximately four hours Aug. 8 while investigators processed the scene.

Stansbury said the Madison Heights man was discharged from the hospital the next or same day, and he walked into the station to give a statement.

“He’s going to be OK,” he said, adding that he was pleasantly shocked to see that the man had suffered only minor injuries.

Based on interviews from witnesses and the individuals involved in the crash, Stansbury said, police determined that the most appropriate charge for the driver of the truck was careless driving.

He said the man would have to contact the court to pay the fine or set up a court date within 10 days of receiving the citation in the mail.

“It’s hard to say how exactly the trailer popped off without seeing how he attached it. He did have a ball hitch,” Stansbury said. “My guess was the lip wasn’t fully attached underneath — maybe it was on the side — when it was locked in. That, plus not having safety chains, creates the perfect storm.”

He added that there is a bump near that portion of the road in question where it is common for cars to spin out.

Titchenell said, however, that the bump is not bigger than any other bump in the road and that the bottom line was the driver’s negligence.

“Based on the totality of the circumstances, it rose to (the) level of negligence (that warranted the charge) of careless driving,” Stansbury said.

Ron Melancon, a trailer safety advocate from Virginia, reached out to the Shelby-Utica News. After striking an improperly secured trailer that had become unhitched 15 years ago and learning of the commonality of loose trailers resulting in injury and death, Melancon said he made it his life’s mission to implement stricter safety laws, and he operates the website www.dangeroustrailers.org.

“When you choose to tow a trailer improperly, that hurts other people,” he said.AddThis Sharing Buttons
Share to Facebook33Share to TwitterShare to PinterestShare to RedditShare to More

Staff Writer Sarah Wojcik covers Shelby Township and Utica for the Shelby-Utica News. Sarah has worked for C & G Newspapers since 2013 and attended Oakland University. She has won four Excellence in Journalism awards from the Detroit chapter of the Society of Professional Journalists. 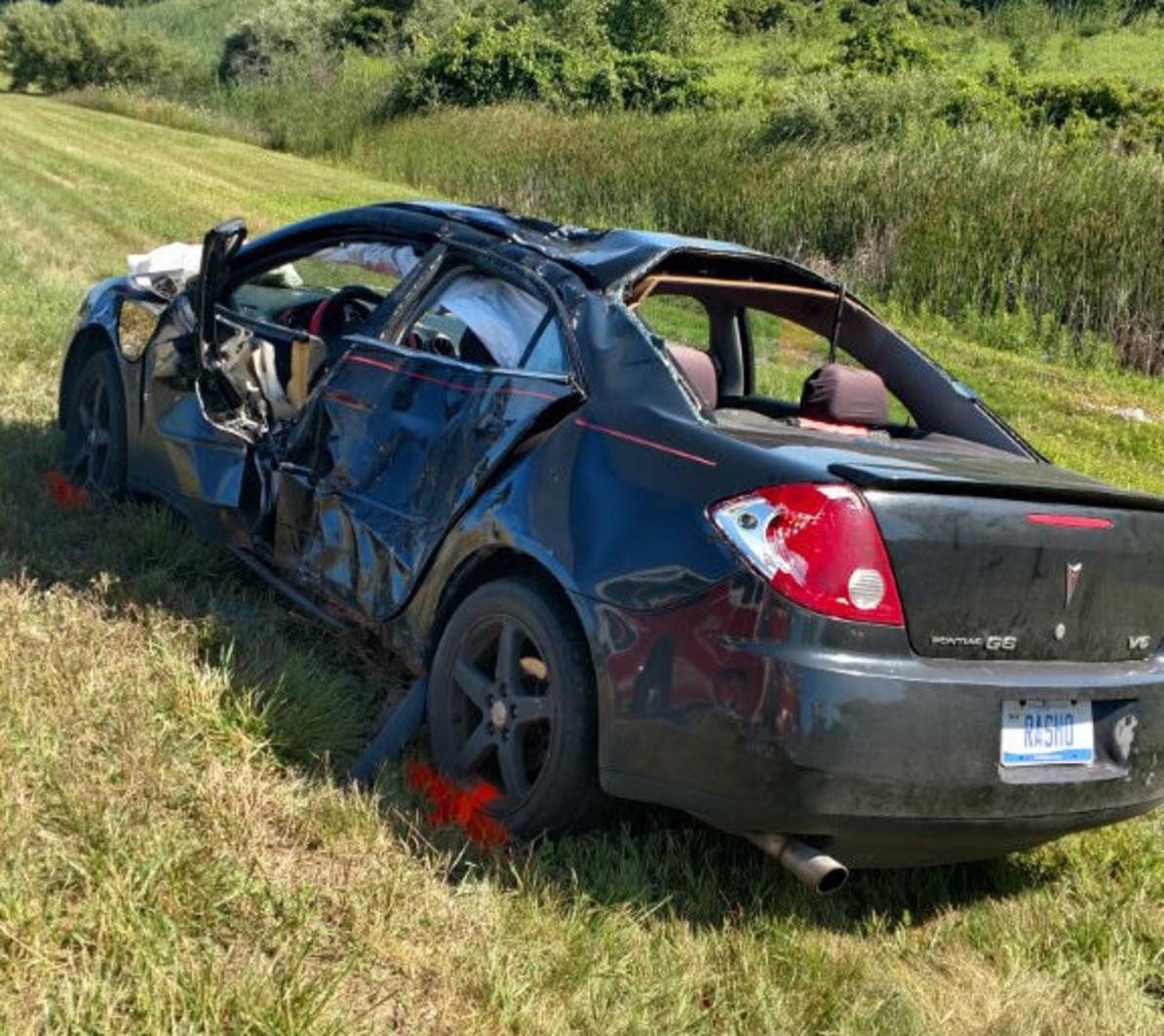