Afshin Riaz was a passenger in this SUV that was hit by a tire that came loose from a livestock trailer.

Caddo Parish sheriff's deputies investigating a freak accident in which a runaway tire bounced into an SUV and killed a woman said Monday they have no leads in tracking down the owner/operator of the livestock trailer that lost the tire.

Afshin Riaz of Edmond, Okla., and her family were headed to Florida for vacation last weekend when she was killed. A tire came off a livestock trailer just east of the Louisiana-Texas state line, bounced across the median and went through the windshield of the family's oncoming SUV. Mrs. Riaz's husband and four children were not seriously injured.

It happened so fast the driver of the SUV would not have had time to react, investigators said.

Investigators are trying to track down the owner/operator of the triple-axle livestock trailer and the truck pulling it. Sheriff's Lt. Mike Gray said there's a good chance the operator would not have known he lost a tire until he stopped.

Deputies have reviewed images from a security camera at the weigh station just inside Louisiana. That video shows the truck-trailer tandem traveling by and one tire coming off the left side of the trailer.

Gray said the Riaz family has returned home to Oklahoma.

"We have no leads" as to the operator of the tandem, Gray said. "If he didn't notice (the missing tire at the time of the accident), he could have gone 300 or 400 miles before he stopped." 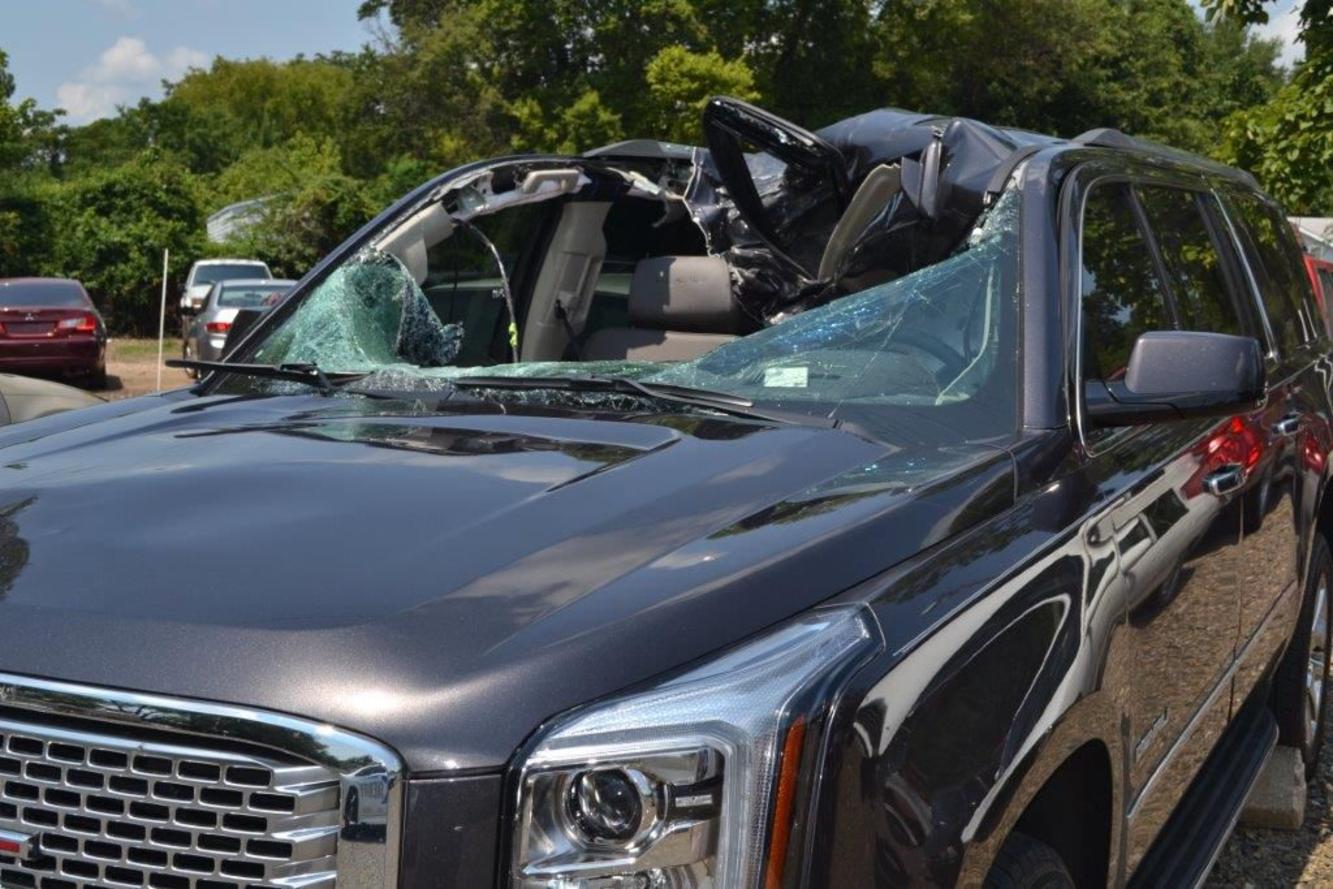