Why Did The Trailer Come Off The Hitch And Fail?   Time and time again and again we our organization simply ask one simple question so we can recommend new "Best Practice" safety standards that all police can enforce and reduce the preventable loss of lives by these out of control assault weapons trailers.

Why cant anybody in public safety provide answers to our questions?

A trailer carrying two low loaders became unhitched and careered at speed through Campile village, narrowly avoiding a car, on Friday the 13th of July.

The tractor was being driven up the hill passed Hart's petrol station at 3.40 p.m. when the trailer became unhitched.

It travelled at speed down the hill, striking the wall where vehicles exit Hart's petrol station, pub and shop.

Sergeant Eddie Wilde said: 'It could have resulted in a serious accident. Luckily enough there were no injuries reported.'

CCTV footage shows a car exiting Hart's and ten seconds later the trailer crashing into the entrance on the same side of the road.

Cllr Larry O'Brien said: 'I don't know how someone wasn't hit. It's unbelievable. You have some many people walking down to the shops from Abbey View and children who are off school for summer. It was only for the mercy of God that there wasn't a serious loss of life.'

Describing the incident as very unusual, Cllr O’Brien said: ‘The poor chap who was driving the tractor got an awful shock. There are a heap of tractors going up and down that road every day and nothing happens. The John Deere trailer could have caused serious damage. I would say it was travelling at 35 mph the way it hit the wall and bust the three-axle trailer carrying the low loaders.’ 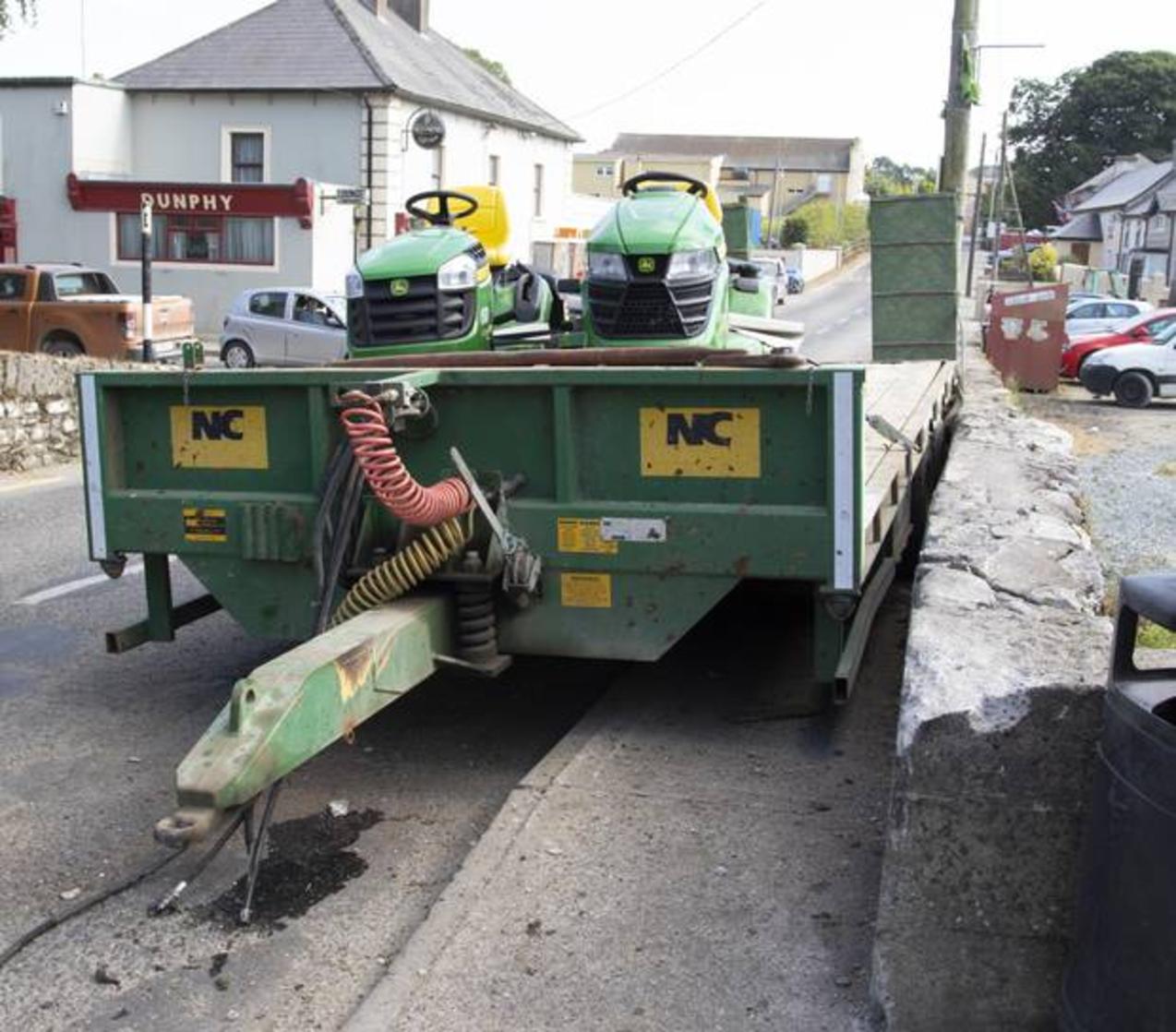