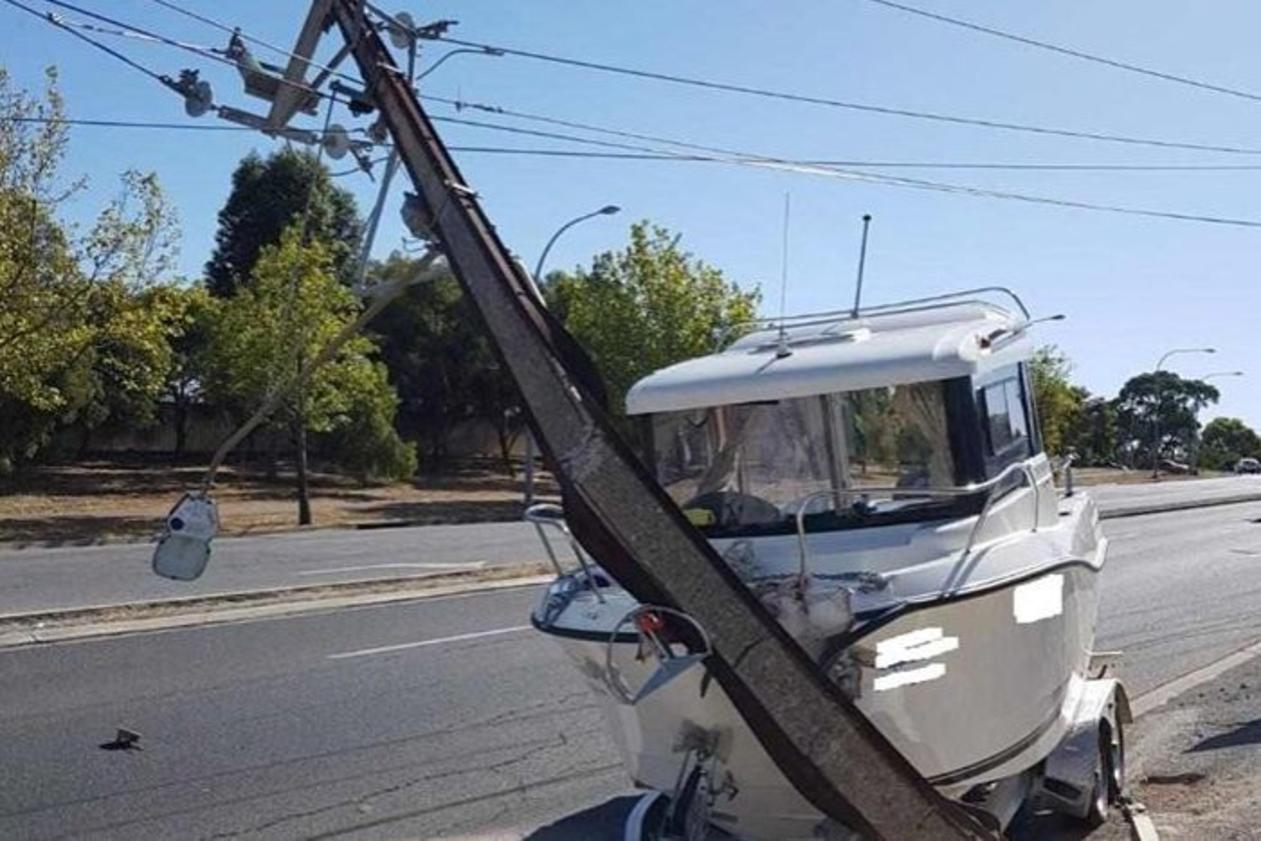 A boat which broke away from a vehicle has caused power outages to 2,500 homes and traffic delays along a major Adelaide road.

The boat's owner, Ben Shyda, was driving along Grand Junction Road, in the northern Adelaide suburb of Walkley Heights, when he heard a noise.

He then noticed the boat and trailer had become disconnected and was passing by his car.

"It's a bit of a scary moment, you know, seeing your boat going faster than your car," he said.

"I looked left and looked right, and I see my boat coming towards me."

Mr Shyda, who could see the lighter side of the situation, said "because the road leans to the left" he managed to guide the boat along between his vehicle and the footpath before it hit the stobie pole.

SA Power Networks spokesman Paul Roberts told the ABC damage to the pole was extensive and caused a power outage which impacted 2,500 customers.

[A boat and trailer which crashed into a stobie pole at Walkley Heights and caused extensive damage.] Photo: The boat's owner said he tried to slow it down by guiding the boat along the road. (Supplied: SA Police)

Mr Roberts said it took crews about 30 minutes to restore power to the homes by switching them to a different supply.

He said staff were still working to replace the stobie pole, with westbound traffic on Grand Junction Road at Walkley Heights blocked from Sudholz Road.

Mr Roberts estimated that crews would be replacing the stobie pole until 7:00pm this evening.

It followed another boat incident on another section of the same road last week.

On Sunday, January 13, a boat came off a trailer on the intersection of Grand Junction Road and South Road in Wingfield, north-west of Adelaide.

The boat had "slipped off its moorings" without the driver realising.

SA Police said the owner was fined for the unsecured load. 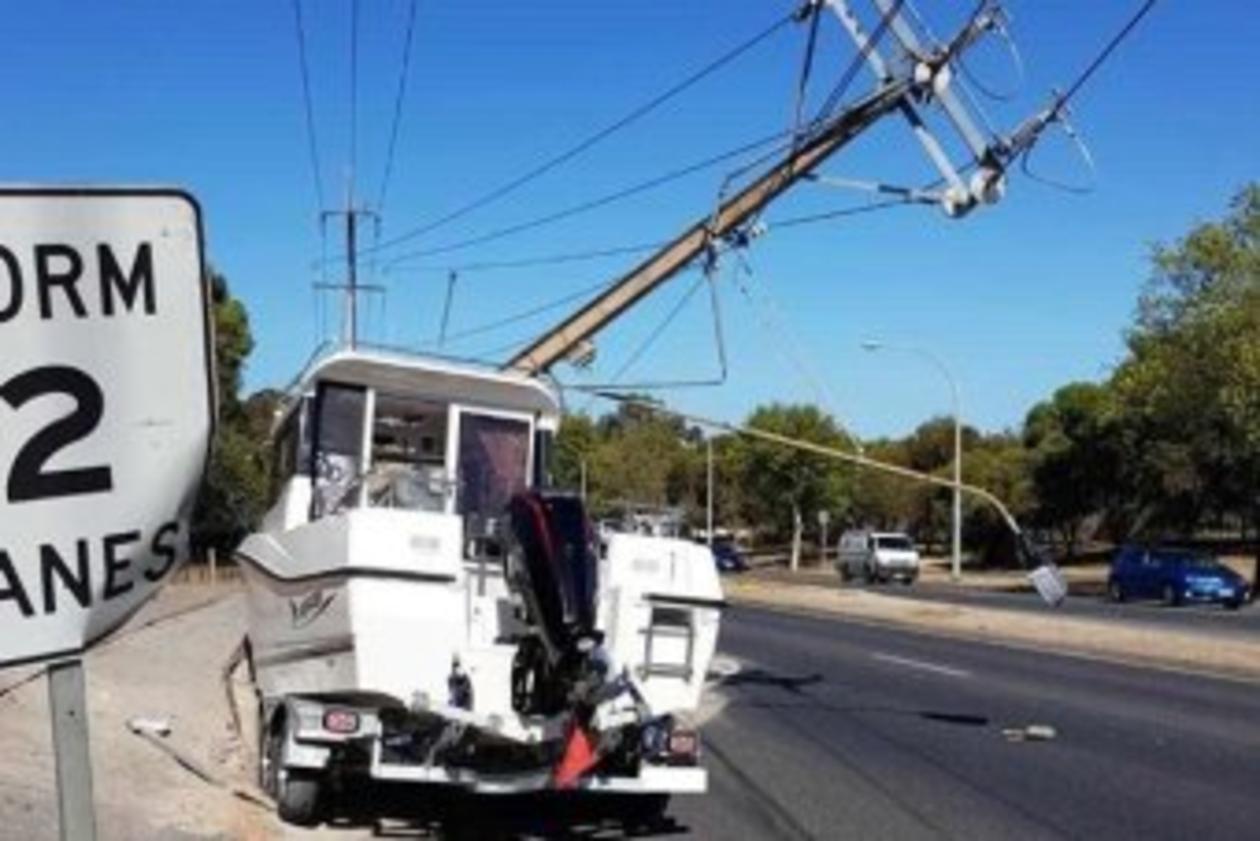