Ron Melancon is an activist for reflective tape on trailers.

A Geneva District School Bus with three on board was struck by debris from a trailer-on the-loose, late last week.

According to Yorkville Deputy Police Chief Terry Klingel, the trailer was being pulled by a Ford F450 pickup truck that was headed northbound on Route 47, when the trailer became "unhinged" and entered oncoming traffic.

Klingel says there was damage to the roof of the bus, due to debris that came off of the trailer.

The crash happened Friday, December 23rd at the intersection of Route 47 and Cannonball Tr. in Yorkville.

Twenty-two- year-old Kaleb White of Suzy St. on the Sandwich side of Lake Holiday was driver of the truck that struck the bus.

A 58 year-old woman, 21 year-old man and a juvenile were all uninjured as a result of the crash, as was White. 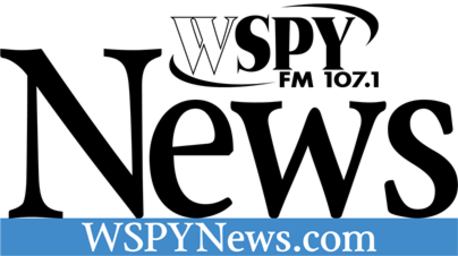 This News Station Has Tried To Supress Our Cause...In Fact They Advocate School Buses That Are Hit By Loose Trailers....Why Else Would They Try To Shut Down Our You Tube  Channel?  Click Here For Bus Number 4 That Was Hit In 2016 If The SWAMP Makes Us Weaker Then The Lobbiest Gets What They Want

Melancon says he became passionate about trailer safety 15 years ago when he was hit by a trailer that did not have working lights.

A nationwide advocate for trailer safety says the recent crash involving a trailer that became un-hitched and hit a Geneva School District Bus is an example of a lack of trailer-safety standards, nationwide.

Ron Melancon is the President of dangeroustrailers.org. -- an organization from Glen Allen, Virginia that analyzes trailer involved crashes in the U.S. He reached out to WSPY in relation to the local crash that happened on Tuesday.

Tuesday's crash on Route 47 caused damage to the roof of a Geneva School Bus after a trailer being hauled by a Ford pickup came loose and swerved into oncoming traffic.

Ron Melancon says there needs to be more investigation into why trailers fail and then subsequently, a federal regulation needs to be heightened on what can move down the road.

Melancon wants stricter penalties against those whose trailers fail or are not properly equipped. The driver of the truck in Tuesday's crash was not cited.

Information has not been released regarding how the trailer became un-hinged.

7 School Buses Hit Nationwide By Loose Trialers In 2016 And No Action By Any Government Agency Except In Henrico County Efforts To Convince Us To Give Up.

The SWAMP In Action