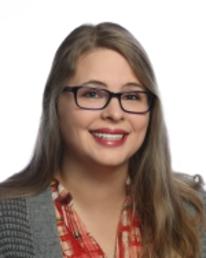 Devon drove down the road in the rental store’s truck, his enclosed trailer in tow. He was on his way to pick up equipment from the store’s customer. Devon allowed extra time for this trip, as road work was in full force for the part of the highway that he needed to travel. The road was uneven and rough, causing quite a bit of bumping and jarring to Devon and his vehicle.

A few minutes later, a large pothole appeared in his line of sight between him and the vehicle ahead. He did not have time to miss it. His truck and trailer took the full force of the bump. Devon checked behind him and his heart dropped. The trailer had come lose from its hitch. He pulled over as soon as he safely could.

He watched helplessly as the trailer came to a rough stop. The force of its deceleration shook loose the trailer’s back door. The trailer’s only contents were two furniture dollies. These dollies came hurling out the back of the trailer. The trailer came to rest out of the direct line of traffic without further incident. The dollies did not have the same fate. Each made contact with a vehicle further back on the road. Each vehicle sustained front end damage.

Devon made sure everyone was OK, then waited for the police to come and take a report. Once he had taken pictures and secured his equipment, he set about reporting the claim for his damaged trailer, the furniture dollies and the two damaged vehicles of the other drivers.

This item, provided by ARA Insurance, Kansas City, Mo., contains real-life insurance claims involving rental stores and is intended to help readers better understand and manage risk. For more safety and risk management information, customers of ARA Insurance can log on to ReSource. Access is free, so if you haven’t signed up yet, contact your agent or call 800-821-6580.
An official publication of the American Rental Association.