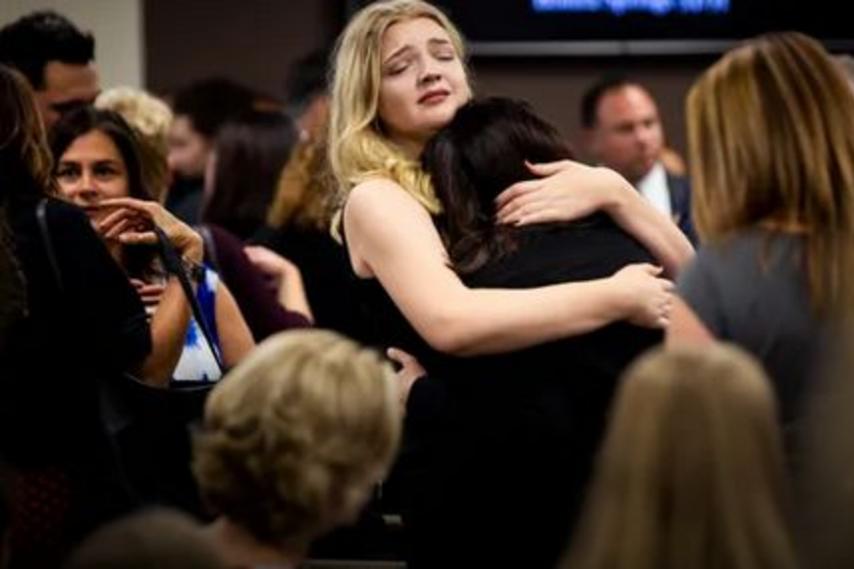 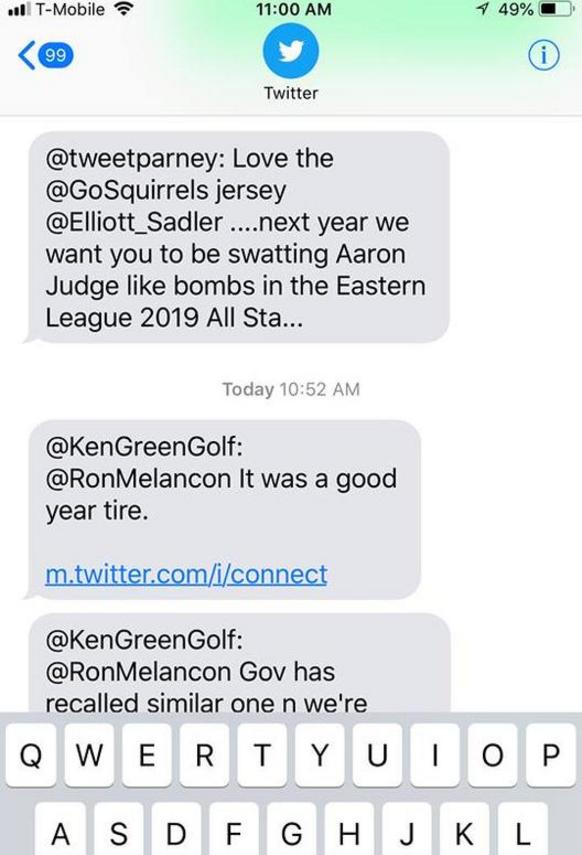 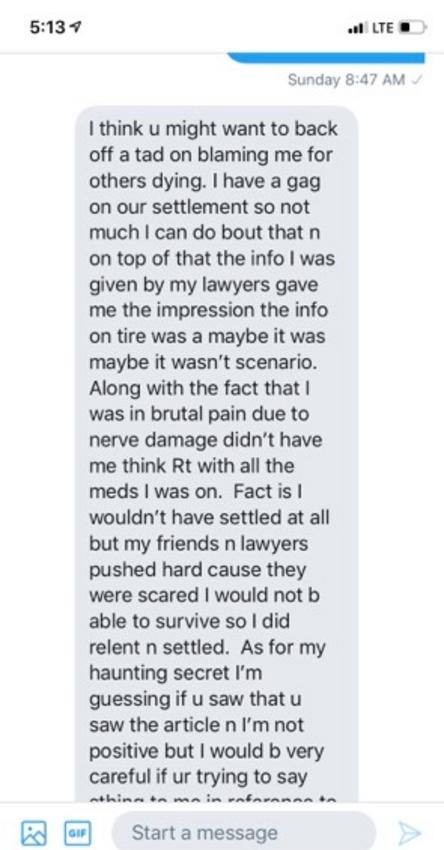 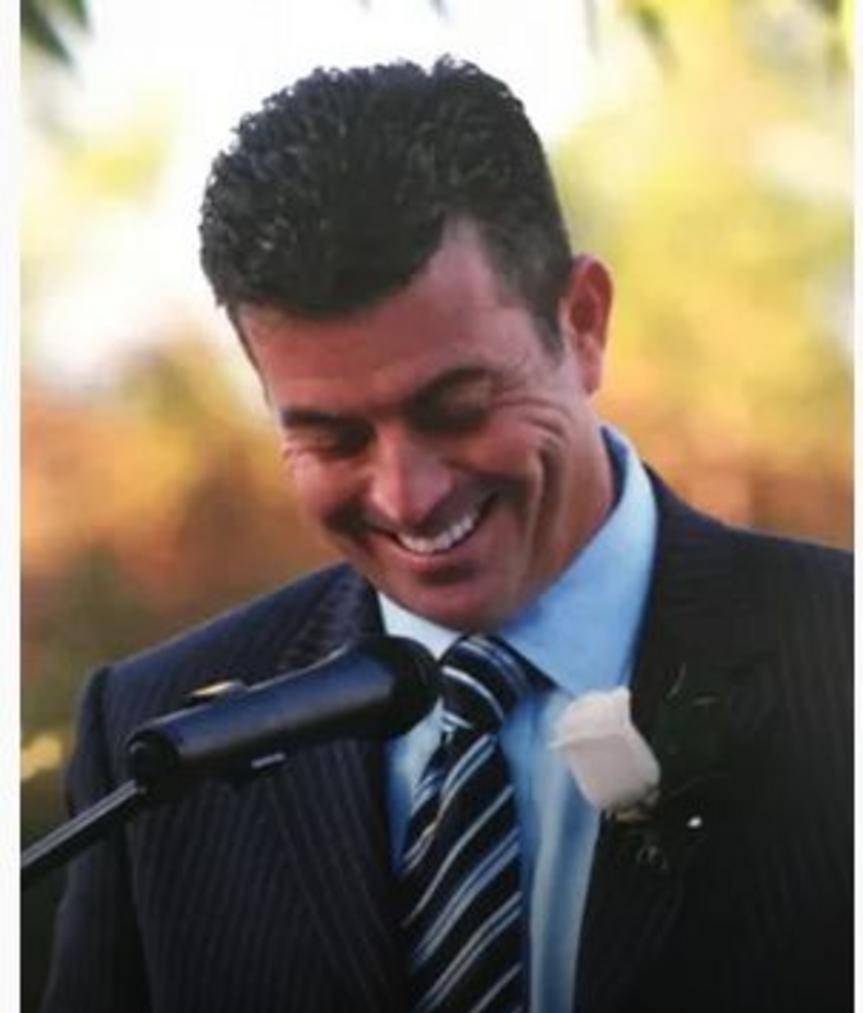 Our organization has been addressing RV's Tire blowouts on RV's and Trailers Since 2006 and it breaks our collective harts that once again we have to document another lost life -- husband -- father -- A mover and a shaker all caused by a RV tire blowout.

What we must find out:

What Make Of Tire Was The RV?  Our guess it was a "Goodyear"

Goodyear tires have the highest blowout of any tire on RV's this fact is based on our documentation and fact finding that nobody in our Government wants to do.

Our Quote:  "Goodyear Tires Used On RV's have killed more people than the TAKATA Air Bag's witch is about 20 and the Firestone Tire On Explorers by percentages Combined"

And yet no recall on these Different Makes Of Goodyear tires?

Do you see a common company producing these defective tires?  Where is our Government on this subject?

We are the only ones who is self funding ourselves in the hopes that victims families come forward but guess what?

Below will be our links proving our case:

Secret settlements should be illegal at the State And Federal level but they are not, that's because no STATES have passed laws appropriate legislation that bans them.  When they affect health and safety,
They Should Be ILLEGAL

Ken Green To Us Acknowledgement Of "Gag" Order and note he still will not tell us what model Of Goodyear Tire! 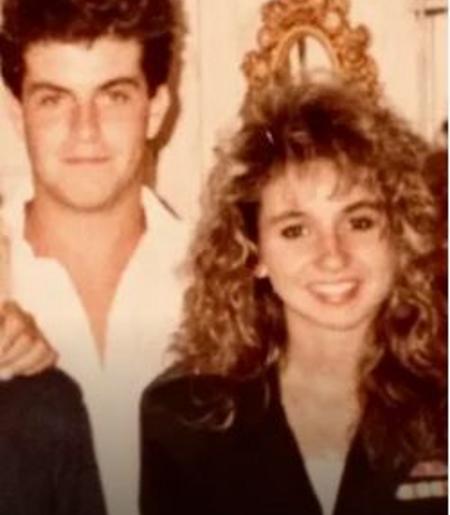 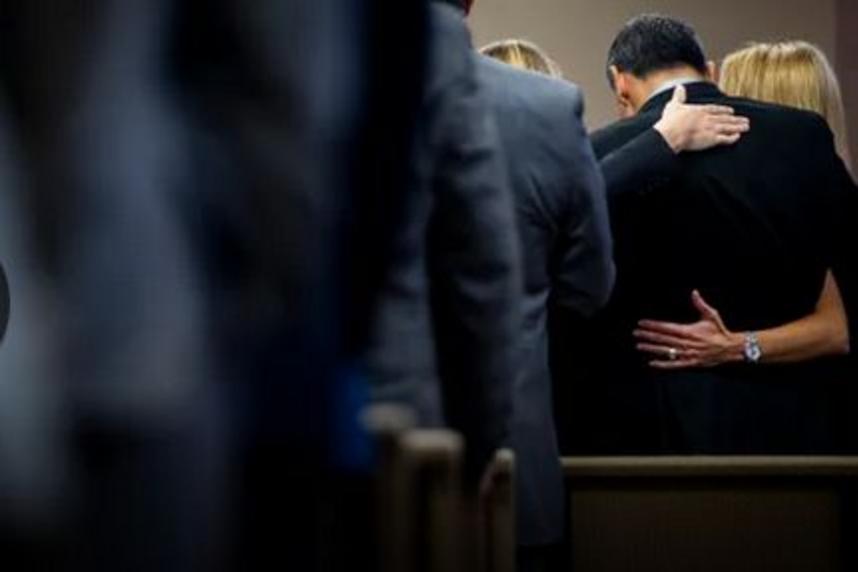 Ken Green Is Still Not Able To Tell Us What Model Of Goodyear Tire Why?

Why Did The RV Tire Blowout And Cause All Of This?

For 27 years the wedding anniversary of Alice and Jon MacDonough was a time to celebrate the beginning of the family they created.

Every year the five MacDonough kids, now between the ages of 6 and 26, looked forward to exchanging gifts on Dec. 2 as part of the celebration. Sunday would have marked the couple's 28th wedding anniversary.

The MacDonough family was rocked when the Rhode Island native and local businessman died Nov. 11. He was 47.

The family was on its way back from a 10-day vacation in Disney’s Fort Wilderness Resort in Orlando when a tire of the RV Jon MacDonough was driving blew out on Interstate 4. The RV hit a light post. His son Mason, 13, was in the RV with him and survived.

About 5 miles before the accident, Alice MacDonough, who was following in a different RV, saw that Mason was walking around in the vehicle. For his safety, she sent him a voice-to-text message telling him to sit down and put on his seat belt. He quickly obeyed his mother's order, which likely saved his life.

"Usually (Jon) doesn't get to go on vacation with us," Alice MacDonough said in a phone interview. "I'm glad he got to spend his last week with his children. It's the most relaxed I've ever seen him."

He was the owner of KJIMS Homes, a luxury homebuilding company in Naples and Marco Island.

The parking lot at Golden Gate Kingdom Hall of Jehovah's Witnesses on Golden Gate Boulevard was full Saturday, Nov. 24, as nearly 700 of his friends and family gathered in his memory. Those who could not make it joined through a livestream.

Longtime minister and family friend Lou Puerini flew in from Seattle to lead the service. A few months before the crash, the family heard Puerini speak at a memorial.

"Jon said that was one of the best talks he's ever heard," Alice MacDonough said.

She wanted the service to be a positive celebration of Jon MacDonough's life, not one filled with tears and sadness. Puerini shared stories he collected from family and friends.

Don Wallace, one of Jon MacDonough's best friends, reminisced about Jon, including his longtime devotion to the church.

"His faith was strong, and because of that I know his family will be OK," his brother-in-law, Tony Berrios, said in an interview after the service.

Alice and Jon MacDonough met through a mutual friend on April 25, 1990, on Clam Pass Beach in North Naples. They tied the knot eight months later.

"I knew I would be married to him within the first two weeks that we knew each other," she said. "I thought he was funny, and he had the most beautiful eyes I had ever seen. He had the kind of laugh that makes everyone else laugh. It's contagious."

His sense of humor was different, she remembers. Alice MacDonough often had to step in to let people know when he was joking.

"He was no stand-up comedian," she said. "He would always make jokes at the most inappropriate times, which is what made them funnier."

When their son Benjamin was 3 years old, Jon MacDonough donated a kidney to him.

He would often take his daughter Dezeree' on dinner dates.

"My father was the kindest, funniest, most generous man I have ever known," Dezeree' wrote in remarks that were read at her father's memorial service. "He wasn’t just my daddy, he was my first love and my best friend."

Mason wrote for the service that he will always cherish the times his father would take him to Dunkin' Donuts. He would say a prayer and send him off to school with a hug.

Preston wrote that he will always admire how hard his father worked.

"We looked up to and admired him in so many ways," he said.

"He was my very best friend. I couldn't have asked for a better husband, father or friend," Alice MacDonough said.

This is so heartbreaking! 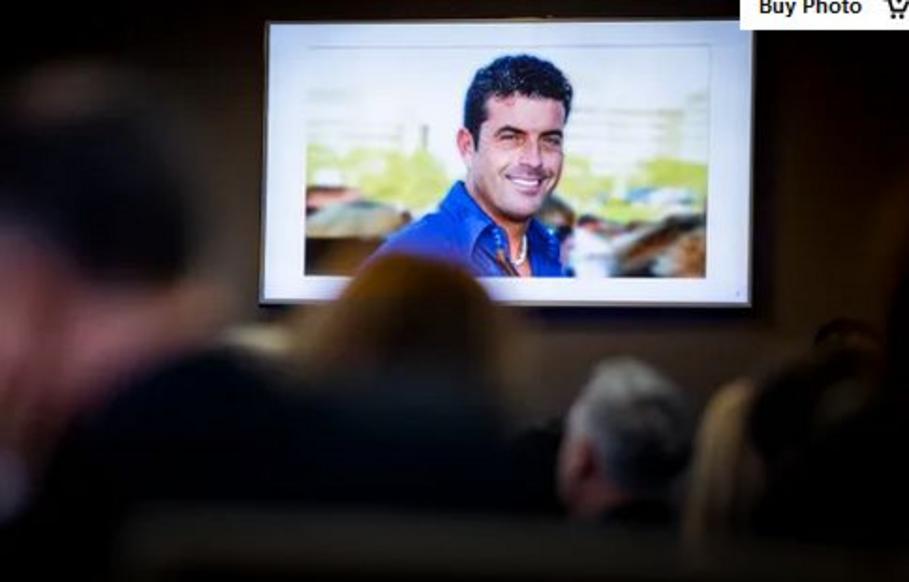 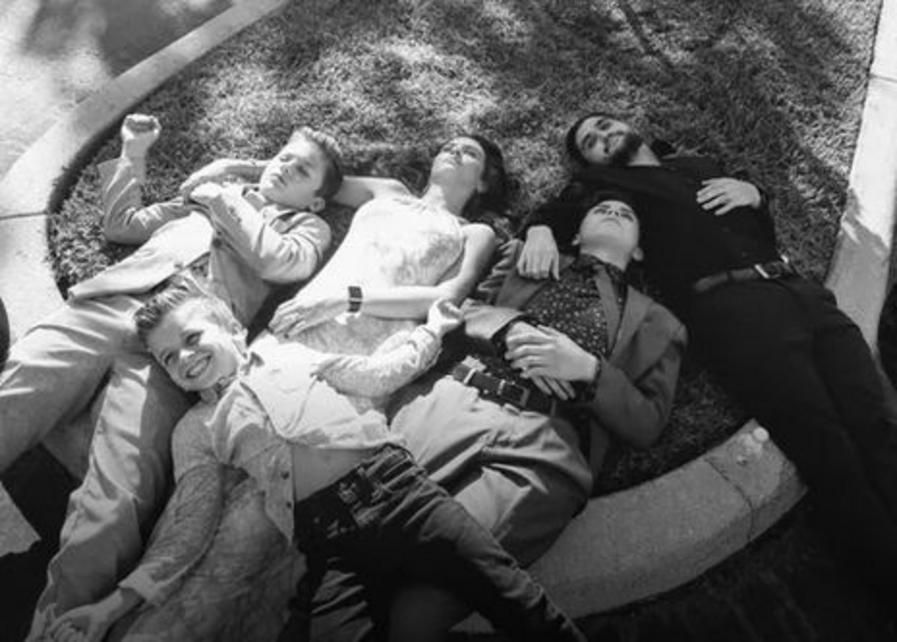 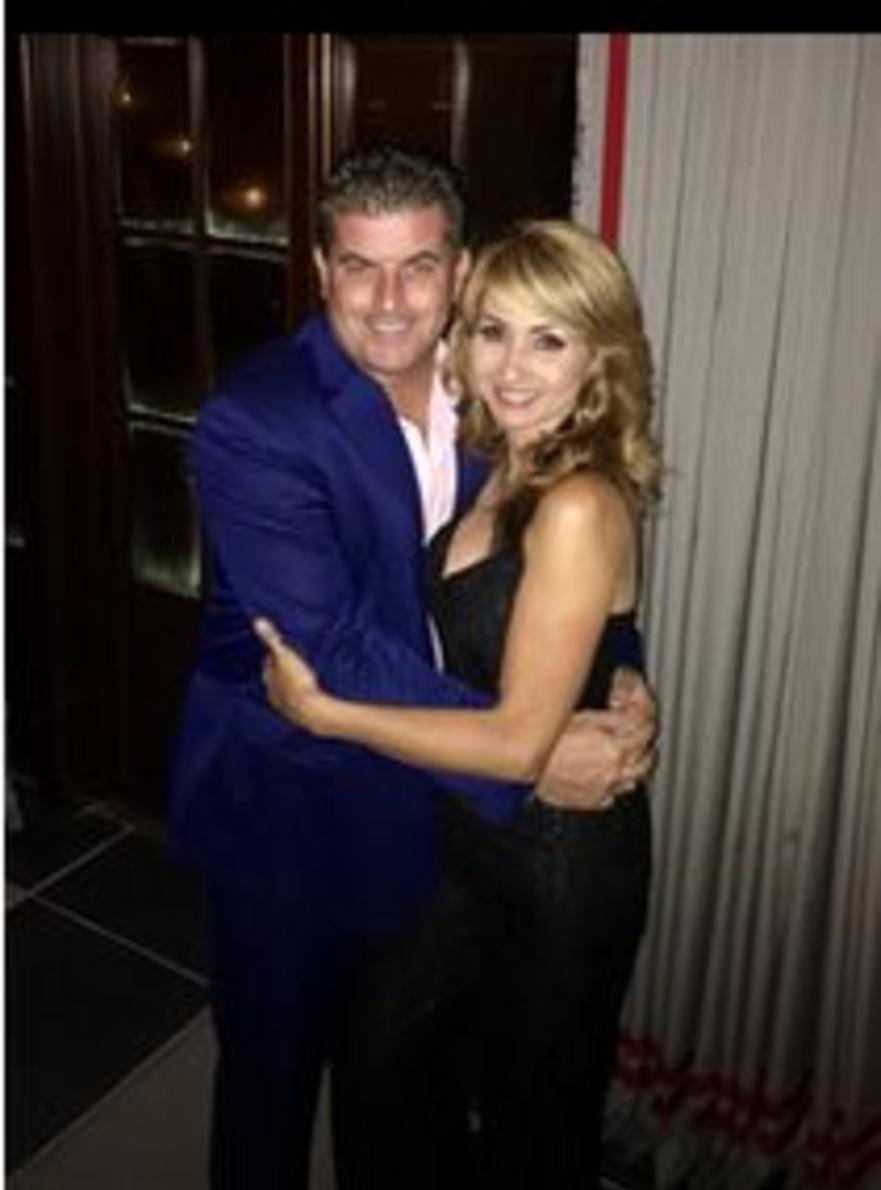