STATEN ISLAND, N.Y. -- As the victim's mother sobbed softly in the audience, a Prince's Bay man on Wednesday pleaded guilty to criminally negligent homicide stemming from the death two years ago of a cyclist struck by a boat the defendant was towing along Hylan Boulevard in Bay Terrace.

Michael Khmil's plea on the eve of trial in state Supreme Court, St. George, averted jury selection, which was scheduled for Oct. 5.

Assistant District Attorney Mark Palladino told the court the plea offer and sentence represented a "fair disposition." He said they were based on Khmil's lack of a criminal record, his conduct on the scene and recent pretrial rulings.

Palladino also said he had discussed the offer with the victim's family.

On Monday, Justice William E. Garnett ruled prosecutors in their direct case, couldn't bring up the weight of the boat, trailer and engine as determined by the weighing of that evidence while in police custody.

The weighing, the judge ruled, went beyond a "mere observation" search permitted by a search warrant.

Garnett said prosecutors could establish the weights by comparing model numbers to information from the manufacturers, manuals and registrations.

Prosecutors allege the boat Khmil was towing was too heavy for the trailer and SUV transporting it, and the defendant failed to secure the trailer to his vehicle with chains.

Prosecutors said Cioffi, 21, of Eltingville, was fatally struck as she and a friend, Briana Emanuele, now 24, of Prince's Bay, were riding their bikes on Hylan Boulevard northbound toward New Dorp.

A police investigation determined Khmil was driving a 2015 Toyota SUV northbound on Hylan with a boat in tow during the evening rush hour around 5 p.m.

As the SUV switched lanes, its trailer became detached and continued to travel north into the right lane, striking Emanuele, said police. The boat was propelled north, hitting Cioffi who became pinned, said police. The driver remained on the scene.

Cioffi and Emanuele were riding to meet with Cioffi's sister, Jillian, then 27, and some of their friends on their bicycles.

Khmil was indicted in April of last year, seven months after the incident and following an extensive investigation. He was arraigned in May 2016.

As a result, the trailer detached from Khmil's SUV and struck Cioffi and Emanuele while traveling at a speed exceeding 20 miles per hour, the indictment alleged.

Besides criminally negligent homicide, the defendant was charged with manslaughter, a higher felony count, and misdemeanor counts of assault and reckless endangerment.

Under state law, criminal negligence means a person fails to perceive his actions will cause a "substantial and unjustifiable risk" or that such a circumstance exists.

The nature and degree of the risk must be such that the individual's failure to perceive it grossly deviates from the standard of care a reasonable person would manifest in a similar situation.

A tall, gray-haired man, Khmil was garbed in a blue short-sleeve shirt and dark trousers.

He did not make an independent statement beyond responding "Yes" and "No" to the judge's questions.

Outside court, his lawyers, Charles Kaser and Igor Litvak, said he would likely spend only 39 days in jail with time off for good behavior and for the day he spent in custody after his arrest. 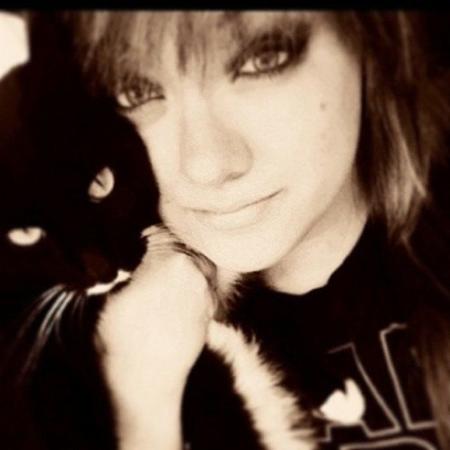 NOTICE To all boat people who tow trailers and who lobby your leaders to ignore public safety regarding boats.....You will go to jail.....when your trailer comes loose and kills innocent people.

@chimpanzee I had read in another article that the ball wasn't the right size either...FlagShare
Comments: Just In Case They Go Away

omorrow....ground breaking news report.....I will post the link tomorrow....Get ready....We are naming the names...here is the first one...: Congressman Dave Bratt...he promised to help.....at this point....he is all talk...talk...talk....talk..maybe now he will change his mind.... Delegate OBannon and every one who has tried to supress our cause,,,,,, tommrow ground breaking news story. I am coaching this reporter ..... on the total bull poop the police and other public safety officials put me through including Delegate OBannon.
His e mail to me... the deputy has been deemed at fault. Highway Patrol said the deputy failed to properly secure the trailer. We're hopefully running the story Friday. This is just the tip of the iceberg on this one since I am trying to get word from the D.A.'s office on charges since neither the Sheriff's Office nor the HP will comment on that or any possible disciplinary actions against the deputy. img {-moz-force-broken-image-icon: 1;}

[Avatar for SENSIBLE]
SENSIBLE 2 hours ago

I understand that words like "reckless" and "irresponsible" don't fit neatly into headlines, but to describe this as a "boat crash" just seems wrong.

Khmil failed to secure the trailer to his SUV with chains and also failed to install a braking system on the trailer as prescribed by warning labels affixed to the trailer, contended the indictment.... This was an accident waiting to happen. Pure negligence and disregard for the safety of others. Justice was not served.

The judge and every attorney involved should be ashamed of themselves. A true travesty of justice. How do look in a mirror?FlagShare
3 [rare_cents] [CStarr5] [BowlOver] LikeReply
[Avatar for LoSTisLAnd]
LoSTisLAnd 16 hours ago

@lostisland. The criminal knowingly hitched his boat incorrectly and didn't care about the consequences by doing so. He ruined the lives of Alexa's family and left her friend scarred for the rest of her life. Satisfied?

[Avatar for chimpanzee]
chimpanzee 19 hours ago


and they look at the weight of the boat?


did anyone check the size of the ball?FlagShare

@chimpanzee I had read in another article that the ball wasn't the right size either...FlagShare

What a heartbreaking incident of everyone involved.


Especially the victims and their families, but you know, include the perpetrator and "everyone"  in the mix.

If only heartbreak made people drive and act responsibly on the roads.  FlagShare

60 days for this? 60 days is what he would've deserved had the trailer disattached and not hurt anyone. 60 days is gross negligence without harm to another. but after killing someone and injuring another, he deserves 6 years (at least)!


if this were my family i'd do things that I cannot post publicly. he'd wish he were in jail for 6 years.


it was admitted that he didn't tie up his trailer properly. that isn't an accident, that is murder. this 60 days BS is disgraceful. the judge should suffer too for this.

At least his was an accident, the Woman in the SUV that ran another Woman down in Great Kills wasn't, She could see where She was going and who was in front of her.