Crews work to upright a trailer on the eastbound Borman Expressway near Grant Street in Gary after it became detached and the semi driver kept going.

GARY — A semitruck driver lost a trailer on the Borman Expressway early Tuesday and didn't realize it until he stopped nearly seven miles away, police said.

The driver, a Louisiana man, was headed east on Interstate 80/94 just west of Grant Street about 4:35 a.m. in a 2015 Freightliner when another semitrailer sideswiped his side mirror, according to Indiana State Police.

The driver veered to the right, went onto the outer shoulder and overcorrected back into the right lane, causing a rear second trailer to fishtail, police said. The trailer became detached, rolled onto its left side and came to rest in the middle left and middle right lanes of eastbound Interstate 80/94.

The driver didn't notice the lost trailer until he pulled over about seven miles away at the entrance to the Indiana Toll Road, police said.

The lost trailer contained packages from Amazon, and no load was lost. The semitrailer that sideswiped the Freightliner was not located, police said.

The wreck forced the closure of several lanes on the Borman for several hours. 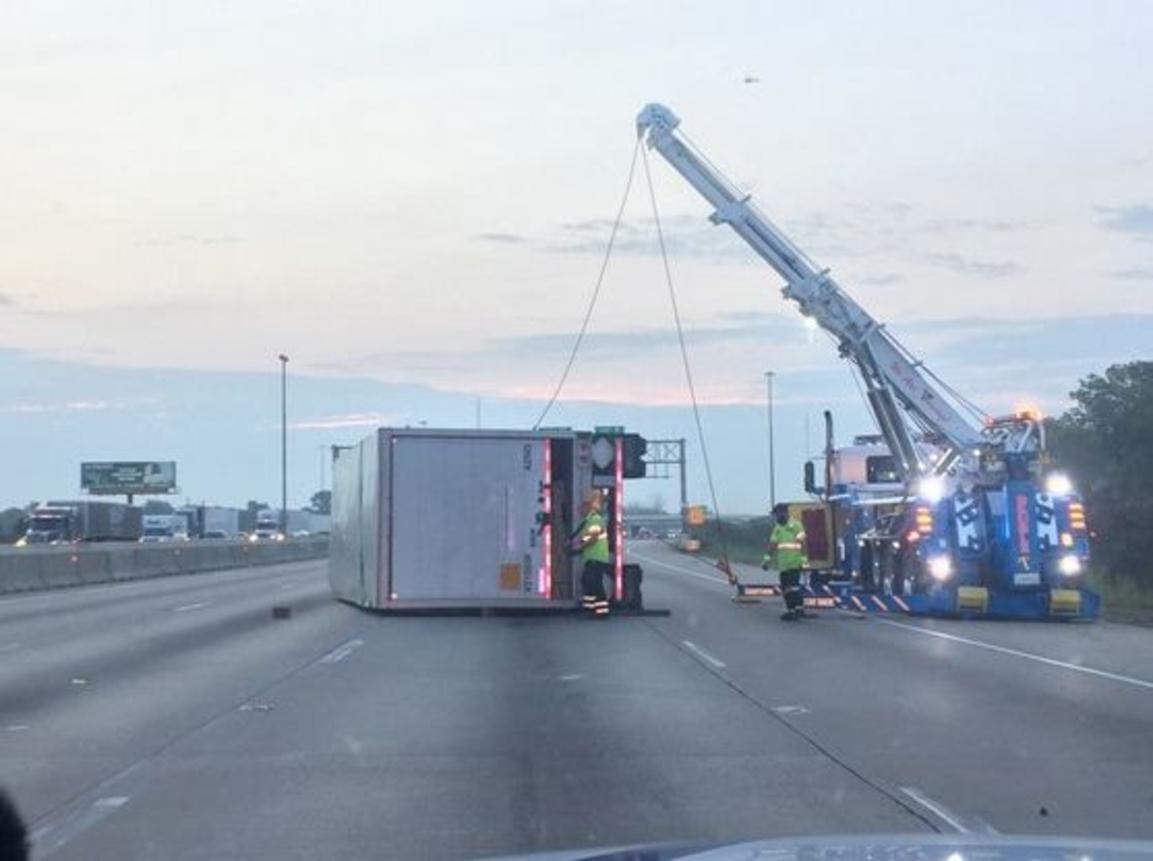 Why are these trailers coming loose?  It has happened before over and over again....the government refuses to answer our questionsClick Here To See Other Accidents Same Issue...