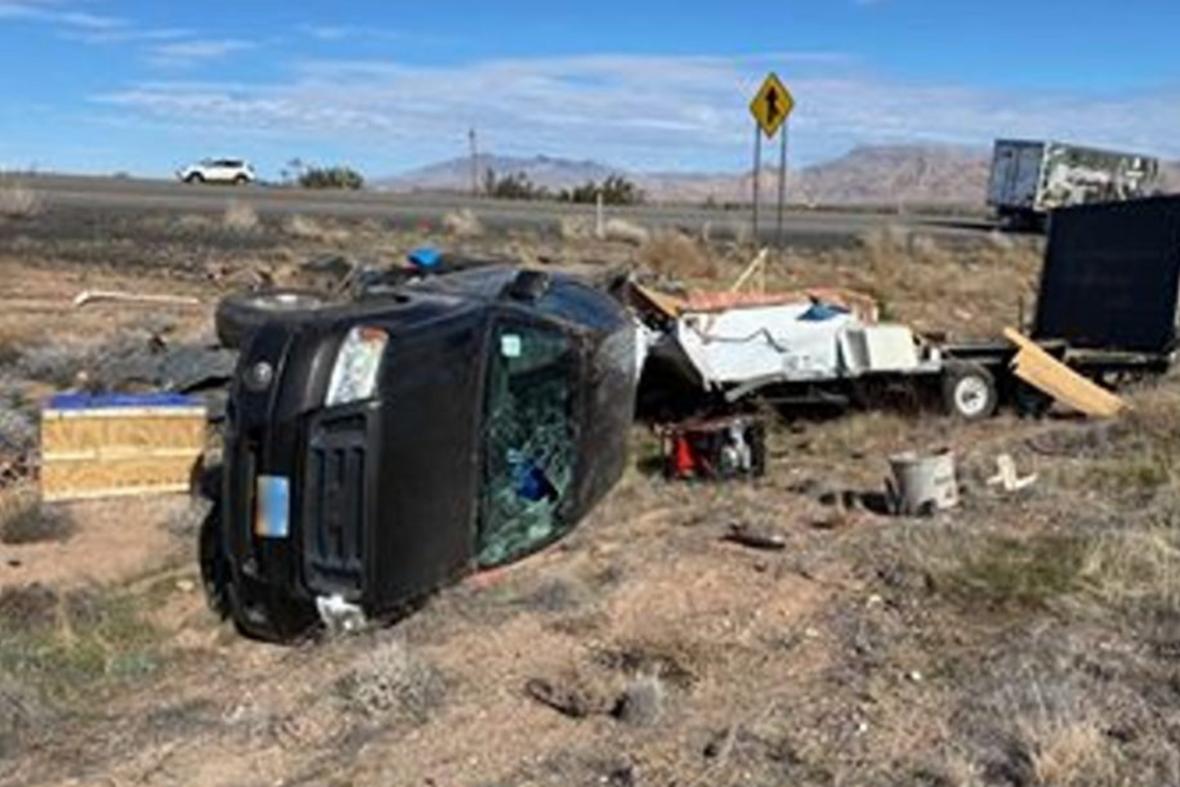 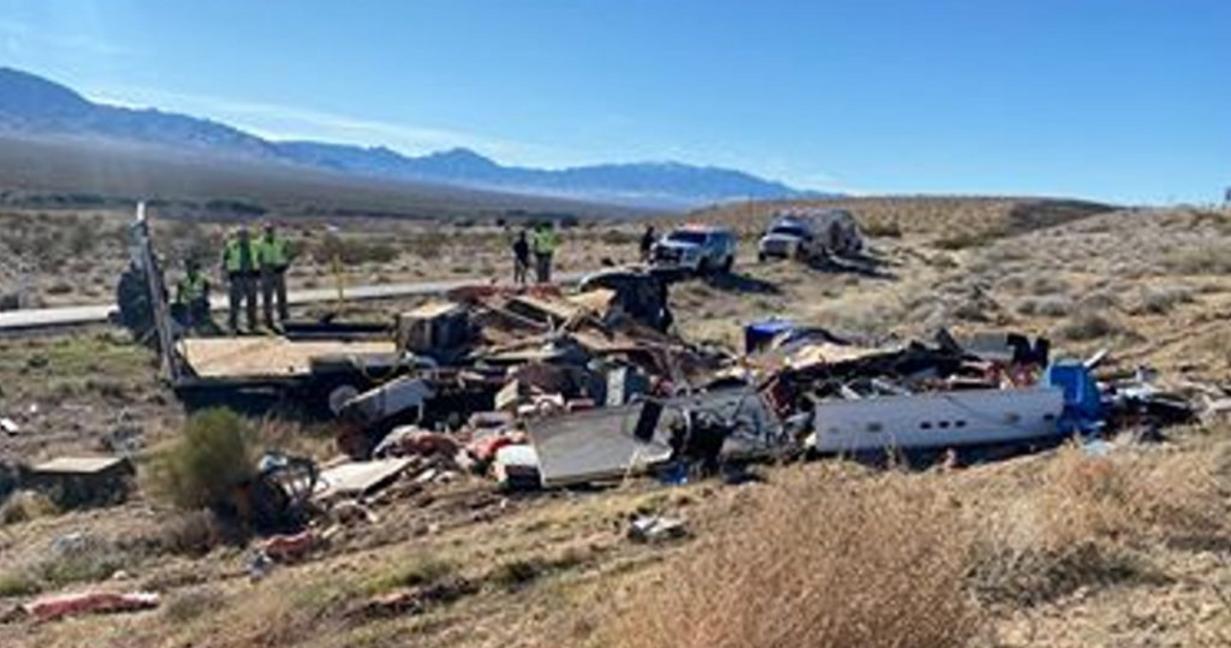 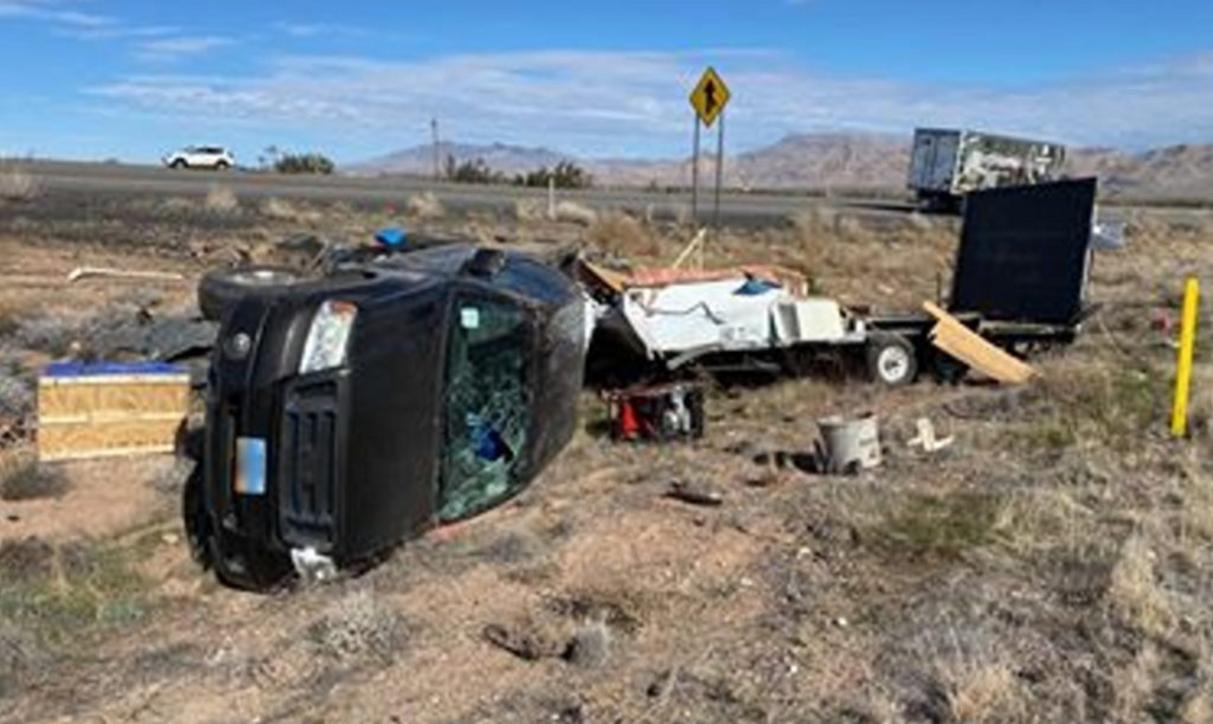 People who tow are 10 (TEN) times more likely to cause and or have an accident.

Yet they are charged the same insurance rates as people who never tow!

They don't have any mandated training and are now killing over 700 a year now and injuring over 35,000 with an additional 50,000 thousand vehicles damaged and destroyed just like this.

Our Solution?  People with a hitch of any kind must be rated in a separate insurance rate class and pay more for their coverage.

Then a mandated trailer towing safety course and an endorcment on their license. 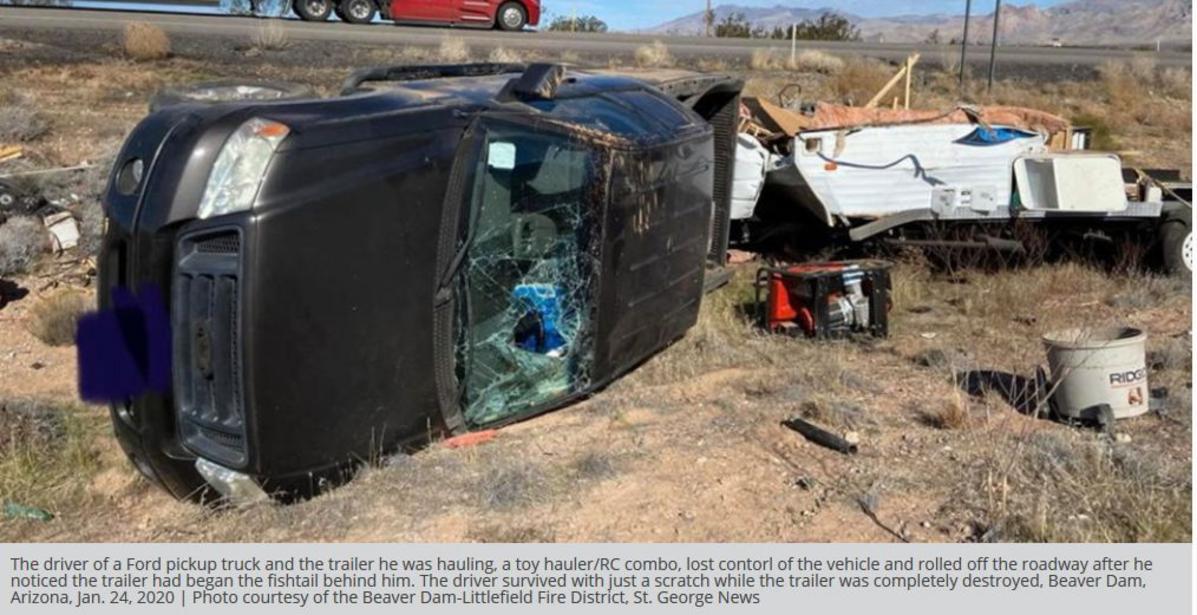 ST. GEORGE — A man lost control of his truck and trailer and rolled as he was about the get on northbound Interstate 15 from Beaver Dam in Arizona Friday morning.

Personnel with the Beaver Dam-Littlefield Fire District and Arizona Department of Public Safety arrived on the scene near milepost 9 by the northbound highway on-ramp from Exit 8 shortly after the incident was reported around 11:35 a.m. MST.

Beaver Dam-Littlefield Fire Chief Jeff Hunt told St. George News the man had been pulling a toy hauler/RV combo that contained all of his possessions. The man, who only received a scratch to his head when his truck rolled onto its side, said he had lost control of his truck soon after he noticed the trailer had begun to fishtail behind him.

“The tail was wagging the dog,” Hunt said.

Before the man could make it onto northbound I-15, his truck went off the road as it rolled onto its side. His trailer came loose and rolled at least once, Hunt said. The toy hauler/RV trailer was obliterated as it rolled and spilled the man’s property across the side of the road.

The man, who told responders he was originally from California, had moved to Las Vegas but had recently lost his home there. This resulted in his buying the toy hauler/RV trailer and putting all he had into it.

While the man survived relatively unscathed and declined to be taken to a nearby hospital, he looked dejected when he peered over the remains of the trailer and its scattered contents, Hunt said.

Still, it’s “pure luck” the man came away from the crash in one piece, he said.

As the crash occurred on the side of the highway, it did not impact highway traffic or involve any other vehicles. 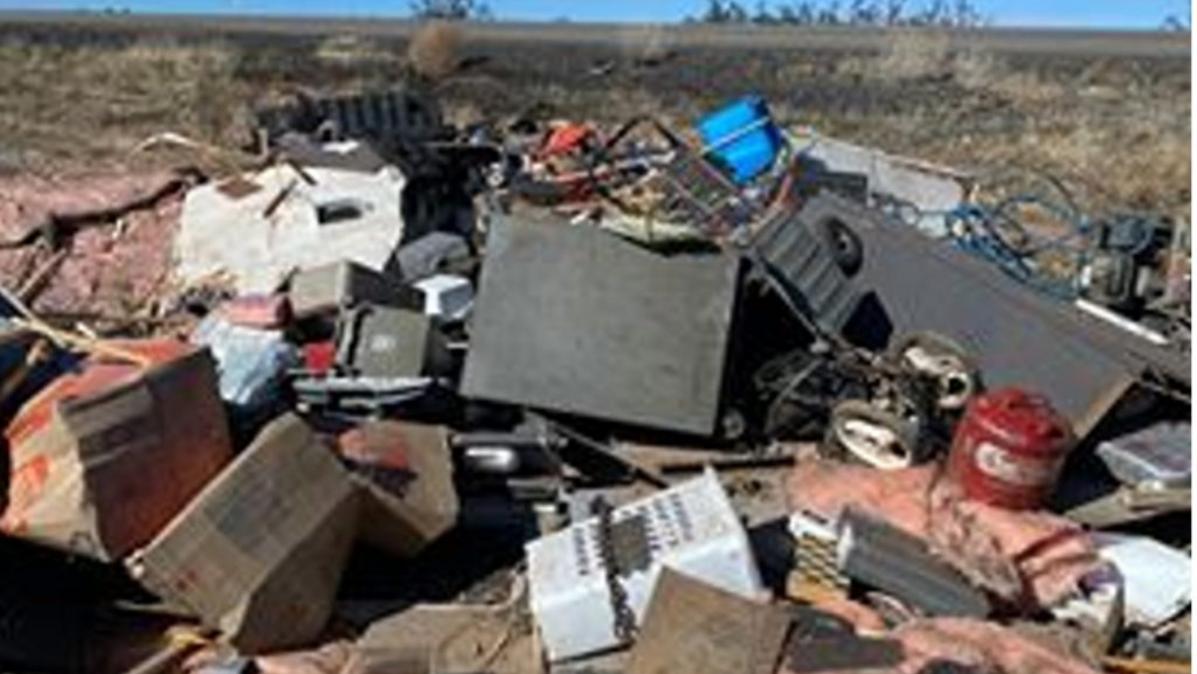