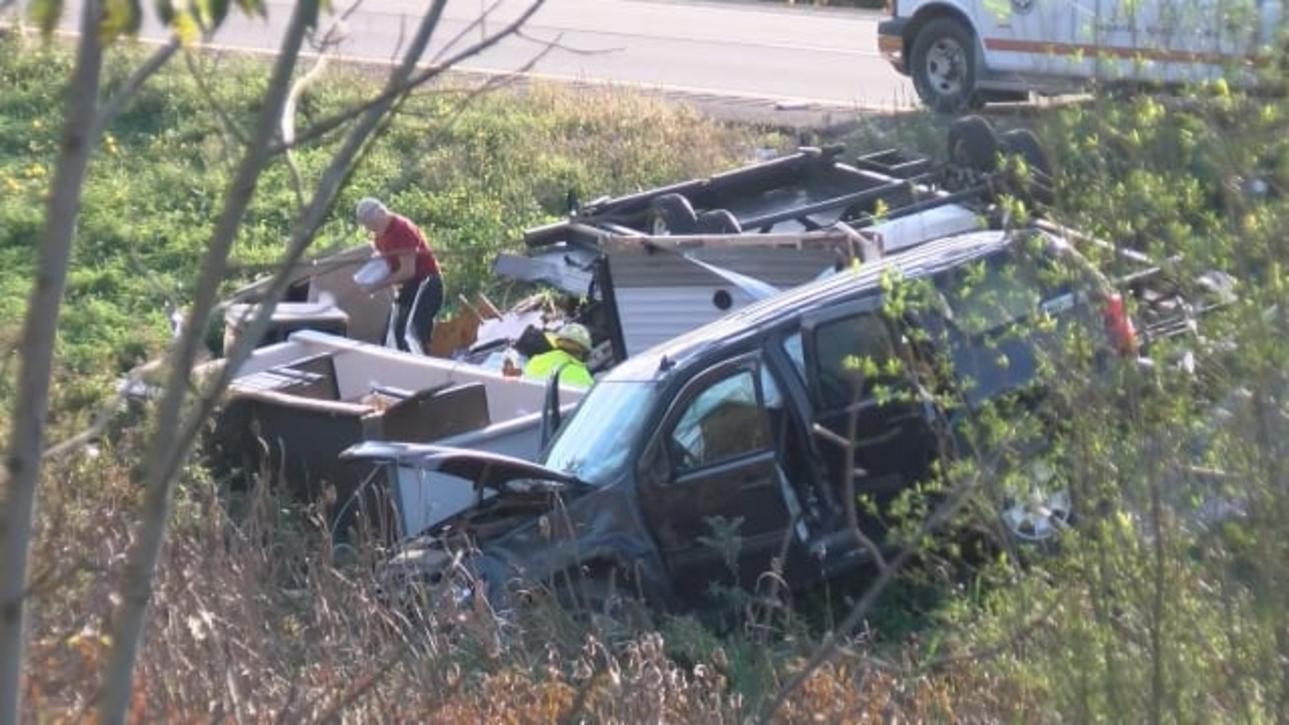 This after it was traveling south on Interstate 8. The vehicle was pulling a house trailer/camper, which was destroyed.

Our crew on the scene had reported seeing what appeared to be an SUV in the median with an overturned trailer.

Dispatchers said one injury was reported, but it is minor.

The sheriff’s office said the investigation revealed the trailer began to sway and overturned, which pulled the SUV over as well.