And no disrespect....just like the Duck Boats.....and amusement parks deaths.....

Tough questions must be asked and as a result a "working best practice" must be developed in order to ensure that not a single death like this happens going forward.

Zero Deaths from Parades and or Hayrides going forward must happen.

Why?  It is all preventable!

No matter how you may feel about our directness we are telling the truth and again no disrespect but how many more have to happen in order to have "common ground" on parades and hayrides safety? 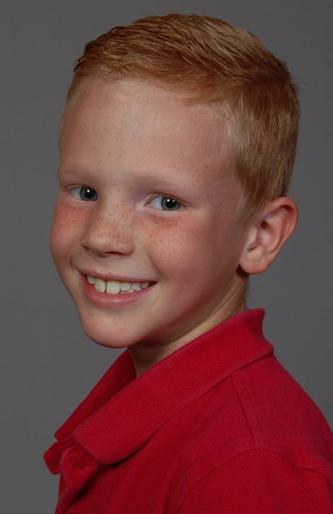 The parents of the boy who was killed in an accident during Windsor's Harvest Festival parade Monday released a video Thursday evening thanking the community for their support.

"The messages, gifts and memorial items have blessed and warmed our hearts," the boy's father, Jimmy Zerby said, with his arm around the boy's mother, Melissa Zerby.

Brycen Zerby, 8, died after an accident while he was participating in Generations Church's float during a parade in Windsor Monday.

Jimmy Zerby thanked the first responders, hospital staff and doctors, Generations Church, and family and friends for their support. He also thanked Clear Water Products, which started a GoFundMe for the family that raised almost $75,000 as of 7 p.m. Thursday night.

"For those in the community that were present at the accident, we know you share in the horror and the pain of the events from Monday morning," Jimmy Zerby said. "We all saw and heard things that cannot be unseen, and we want to acknowledge the hurt that this entire community is working to overcome."

Beckett Yancey, 8, holds a candle during a vigil for Brycen Zerby, 8, at Eastman Park in Windsor on Wednesday, September 5, 2018. Zerby was killed Monday after being struck by a float during the Windsor Harvest Festival Parade. Austin Humphreys/The Coloradoan

During a community candlelight and prayer vigil for Brycen Wednesday night, Generations Church pastor Eric Ebbinghaus said the family's faith is helping them get through this tragedy.

"What we want to communicate most of all is that in the midst of the worst days of our lives, the overwhelming presence of God has been carrying us through," Jimmy Zerby said. "Brycen was the best of boys, brothers, sons and friends. He loved Jesus and found joy in generously serving our savior."

Jimmy Zerby said that his son woke up Monday excited to participate in the parade with the church, and "inviting people to hear the Good News."

"Brycen would not want his departure of our world to represent so much pain," his father continued. "So in memory of his character, please serve each other with unselfish hearts, be generous beyond reason, play as hard as you can, hold the door open at every opportunity, and seek Jesus with the faith of a child."