What turned up Wednesday must have been an eye-opener.

In a string of tweets, Kane noted infractions including a heavy trailer chain attached with rusty wire and a truck with loose wheel nuts on three wheels even though pre-trip inspections are both important and mandatory, Kane tweeted.

“You ARE the weakest link … goodbye,” Kane tweeted about another trailer attachment with a dangerously worn-down chain. 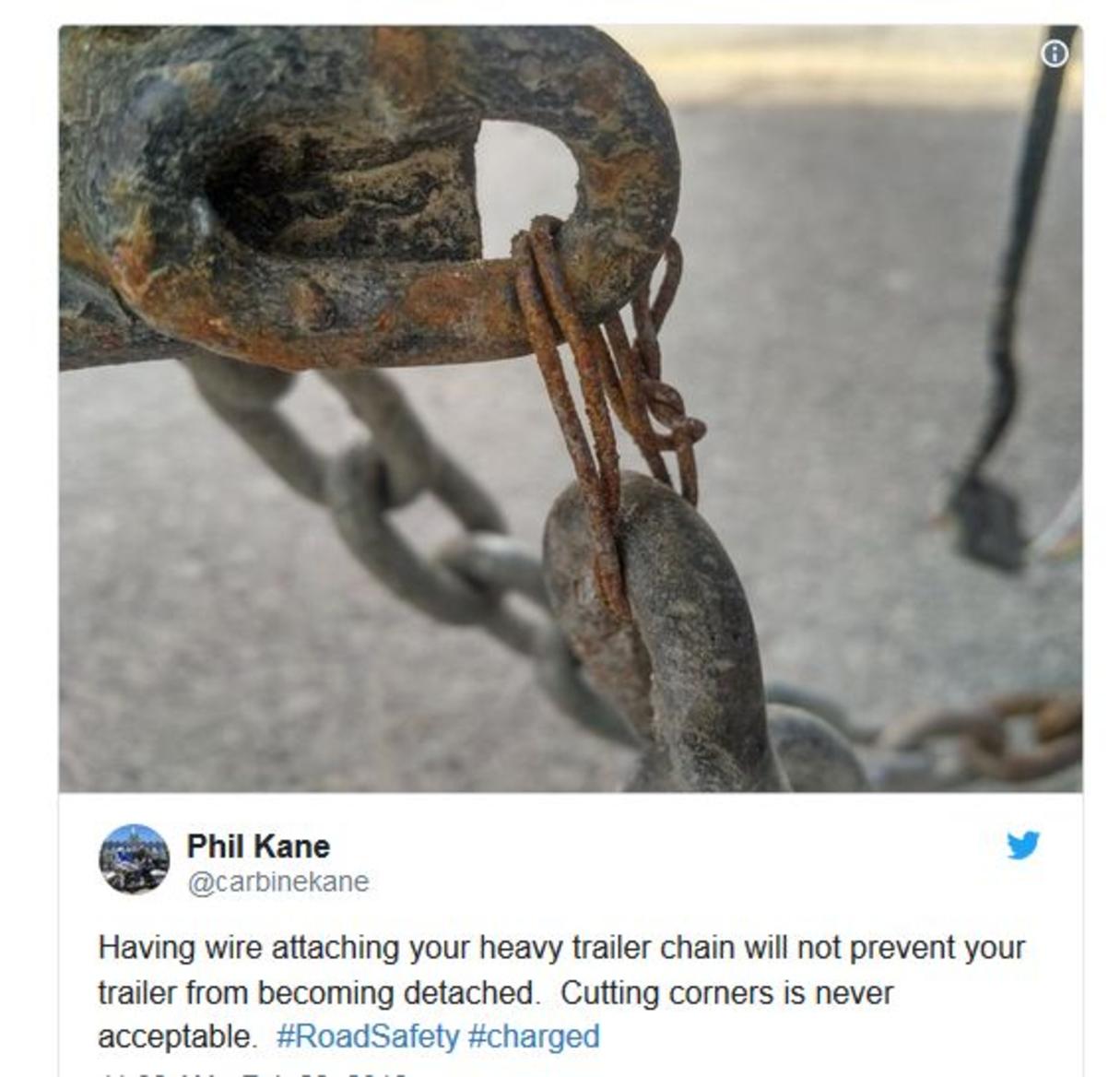 City police found a truckload of trouble during commercial vehicle inspections Wednesday that turned up a string of violations, such as the driver who didn’t even have a driver’s licence – and had never had one.

“I made a bad decision today,” Const. Phil Kane quoted the driver in a tweet with the hashtag #charged from the field in the city’s south end.

The inspection of that Ford 350 pickup by arresting officer Sgt. Robert Cairns also revealed there was no record of daily inspection, no valid Commercial Vehicle Operator’s Registration certificate, no annual inspection on the truck or trailer and improper means of secondary attachment.

The truck’s plates were seized and it was towed from the scene.

Kane had reported Tuesday that 30 OPP and OPS traffic officers were getting three days of commercial vehicle inspection training to learn how to make sure vehicles are safe and drivers law-abiding. 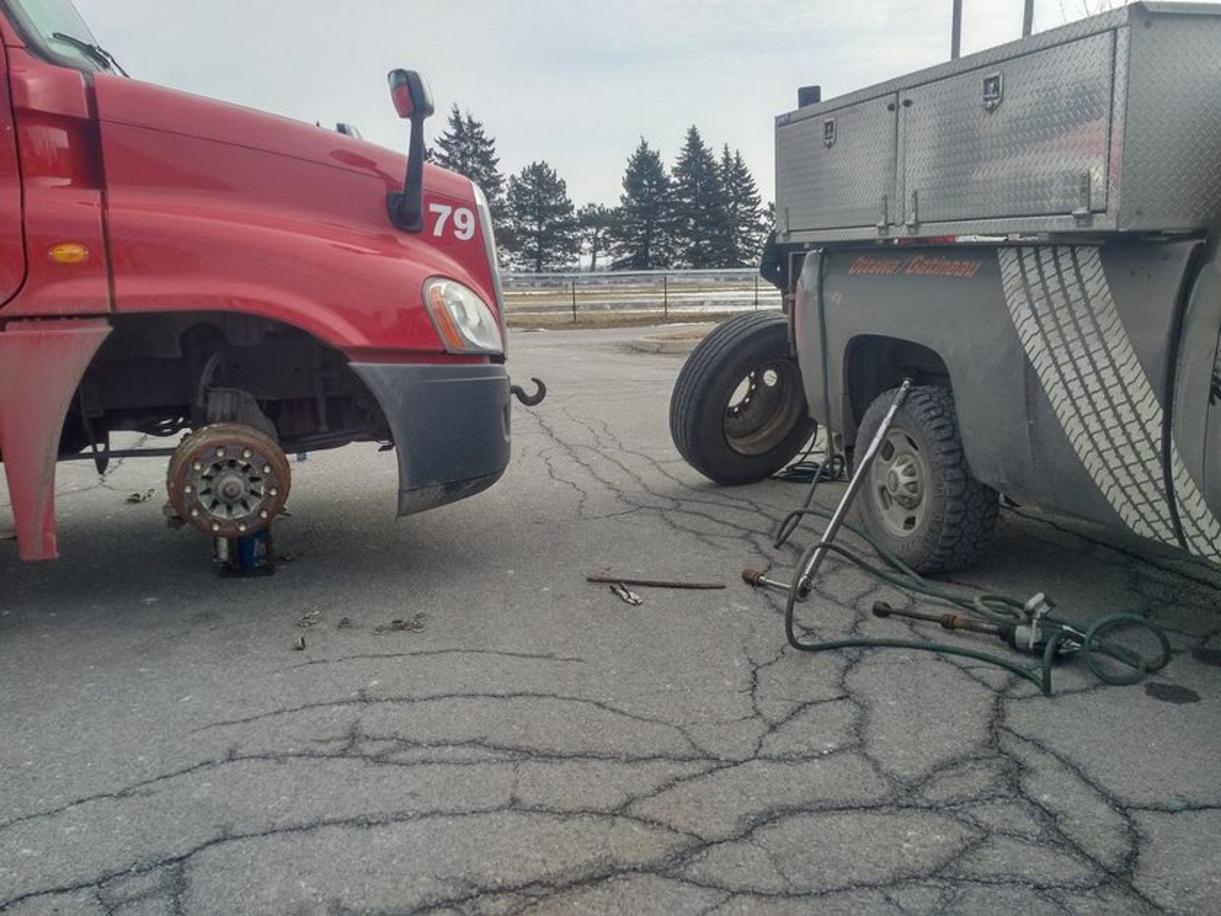