You Can't....anybody can use a made up vin number 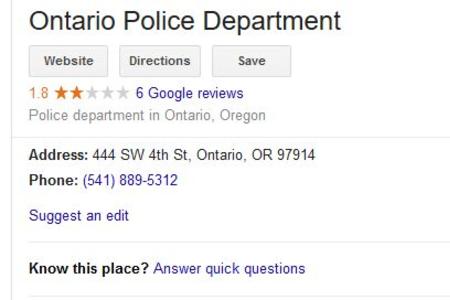 What Do You Do Police Chief?  When Oregon Does Not Register A Trailer?

How Can our police officers do their jobs when your lawmakers make it impossible for any officer to pull a trailer over?

The reality is that the State of Oregon  is somewhat complicit in inflicting damage to these good hearted folk and budding entrepreneurs. Oregon  chooses not to title trailers meaning very few have license plates attached …. Or even a means for law enforcement officers to make effective inquiry of the various computerized lookouts / wants for stolen property. Think about it … as a Highway Patrolman on I-5 coming behind a utility trailer headed to a flea market in Oregon to sell “stuff”, there is no method WHATSOEVER for that officer to make a computerized inquiry to establish reasonable cause which leads to probable cause and an arrest / recovery. YOU ALL hamstring law enforcement inflicting further harm on your residents.

ONTARIO — When a citizen believed he saw his friend’s stolen horse trailer in the area of Saint Alphonsus Medical Center-Ontario, he called police.

Ontario Police Department received that call at about 3:45 p.m. Monday.

Officers were able to catch up to the trailer and make a traffic stop in the Waremart parking lot on East Idaho Avenue, according to an email from Chief Cal Kunz. The trailer was confirmed stolen out of Caldwell.

A person was detained, but later released “after it was believed he purchased the trailer from a third party.”

The trailer was returned to the owner.

The investigation is ongoing, and Kunz offered a word of caution for individuals making third-party purchases.

“When you purchase something used from a private party, you need to verify ownership by requesting documentation such as; receipts, bill of sale or registration,” he said. “Generally speaking, when buying a used item, if the deal seems to good to be true it probably is.”