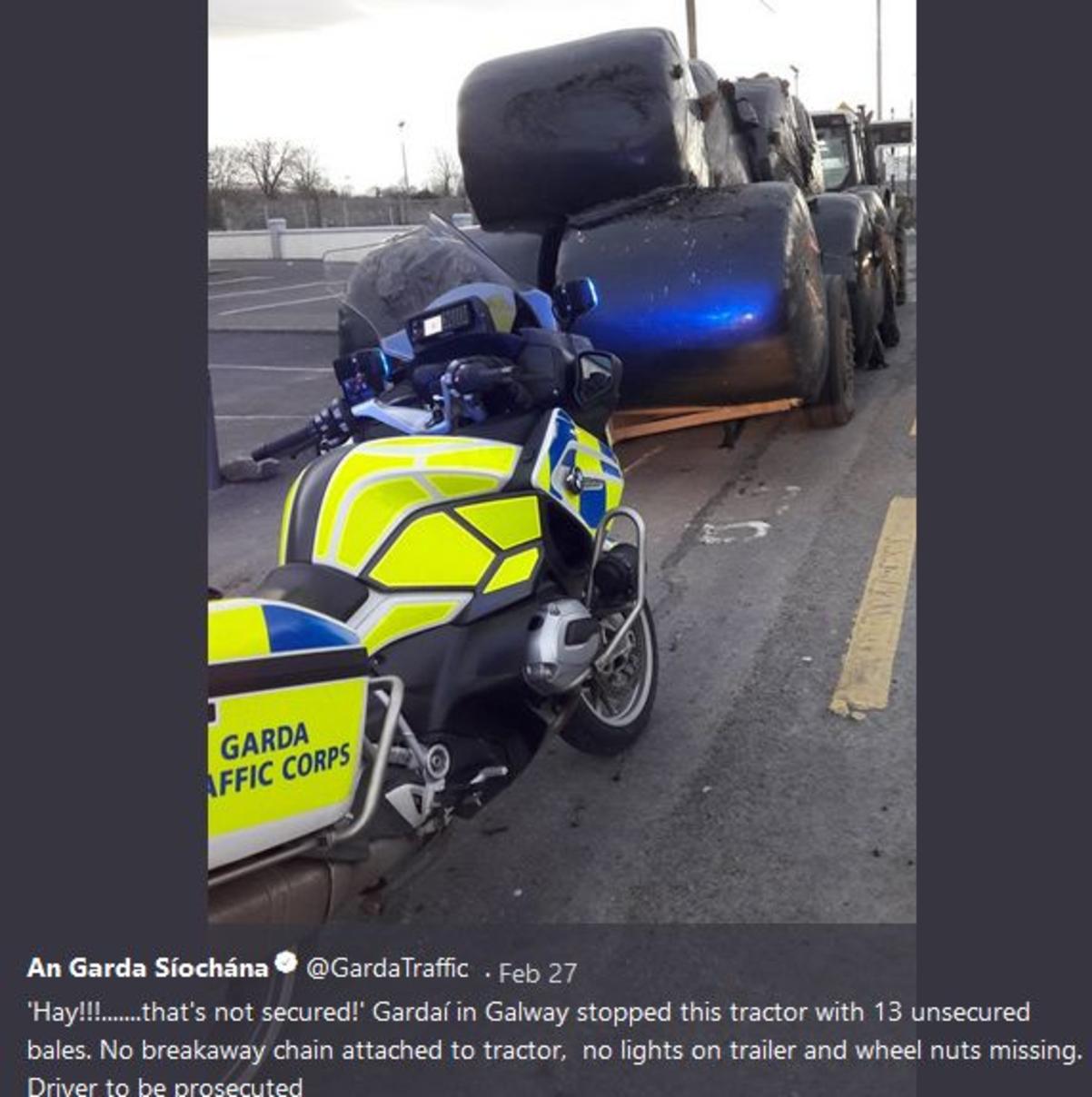 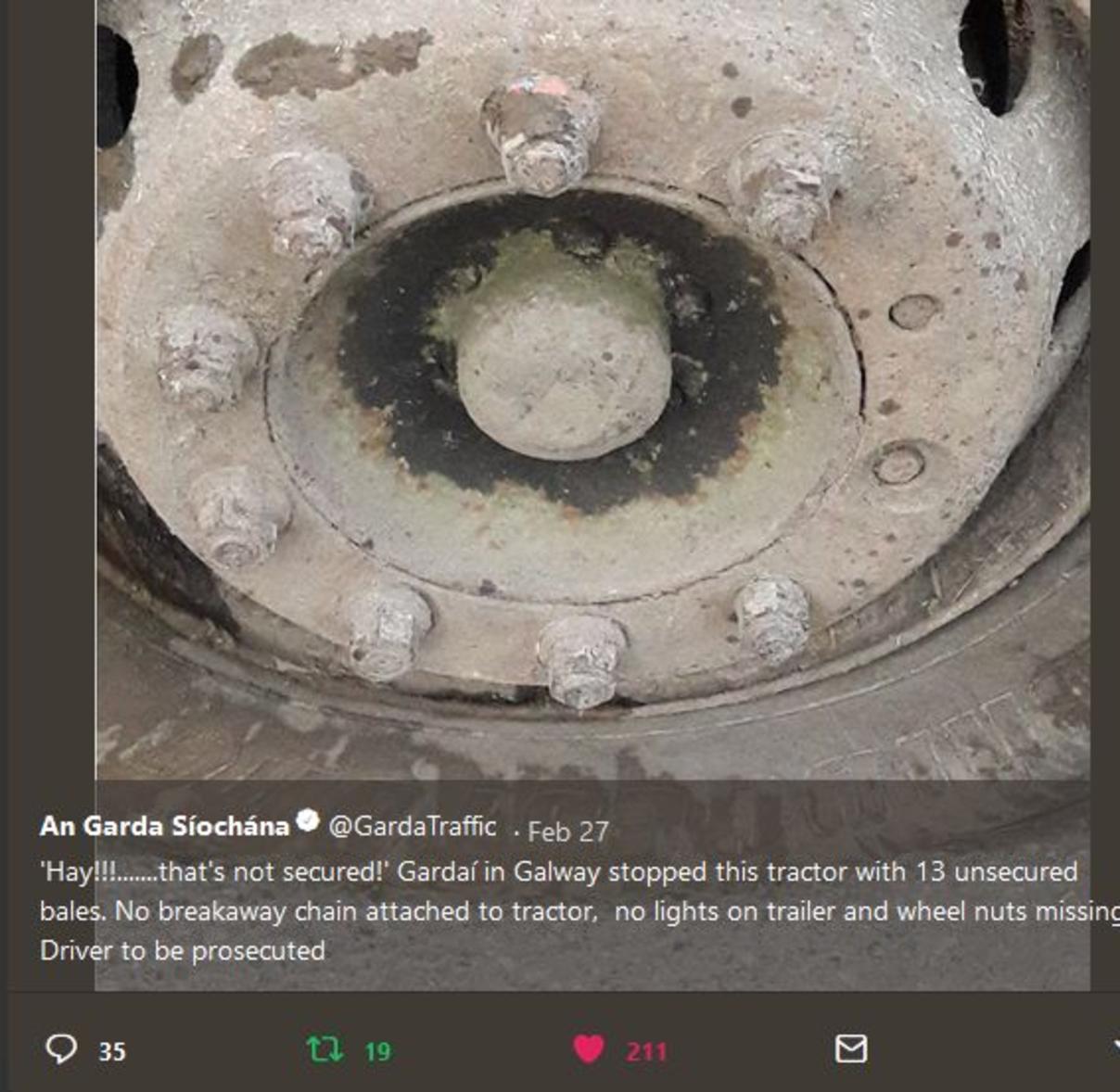 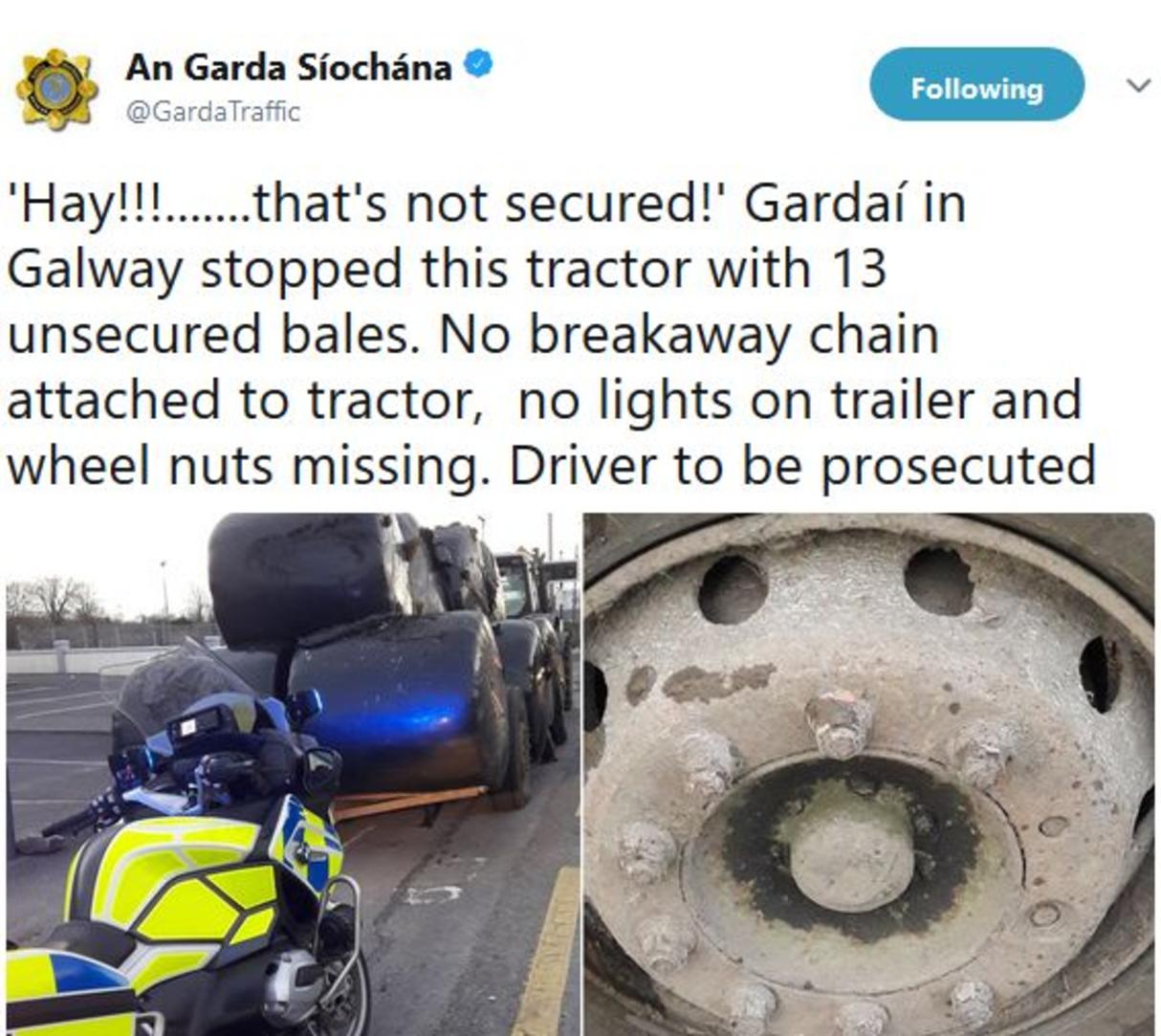 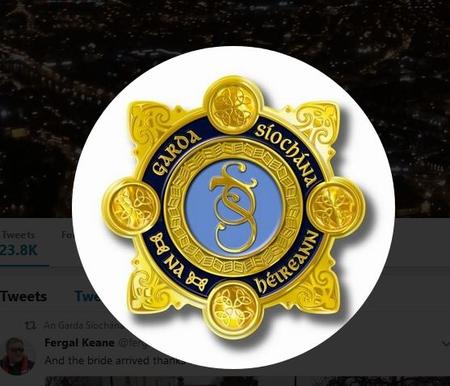 The driver was pulled over by Gardai this morning as the round bales were noted to be unsecure on the trailer.

Upon examination of the vehicle it was found that there was no breakaway chain attached to the tractor, while there were also no lights on the trailer and the wheel nuts were missing.

This incident follows two separate accidents in Tipperary and Meath in the last month involving trailers and bales.

A tractor carrying bales struck a bridge in Cahir, Co Tipperary, while the Meath Traffic Unit attended an incident where an articulated lorry, which had a number of large square bales strapped down on top of loose grain in a tipper trailer.

According to Meath Gardai, the straps came loose and two of the bales fell onto the carriageway, one of them landing on the bonnet of a car.

Gardai also say that a following motorcyclist had a lucky escape when he drove across the remnants of the bale but managed to maintain control his bike.

Gardai have called on members of the public to ring the Gardaí  if they see any unstable loads.