Car overturns on I-75 in Ocala

A woman was ticketed when the vehicle she was driving overturned, blocking two lanes of traffic on Interstate 75 on Saturday morning.

The woman was cited by a Florida Highway Patrol trooper for failing to maintain a single lane.

Traffic, which was backed up and slow moving for miles, was cleared at 10:35 a.m., approximately two hours after law enforcement officials were notified about the crash.

According to troopers, the woman was driving a Dodge 4x4 southbound on I-75 when the trailer fish-tailed, causing her to loose control of the vehicle. The trailer then struck a guardrail and both the trailer and Dodge overturned, officials said.

The crash, which occurred roughly a mile north of the State Road 200 exit, blocked the middle and left lanes.

Neither the woman, her husband or 13-year-old dog name Sammy were injured. She told the Star-Banner that she had left Orlando and was on her way to Ohio, where she lives. 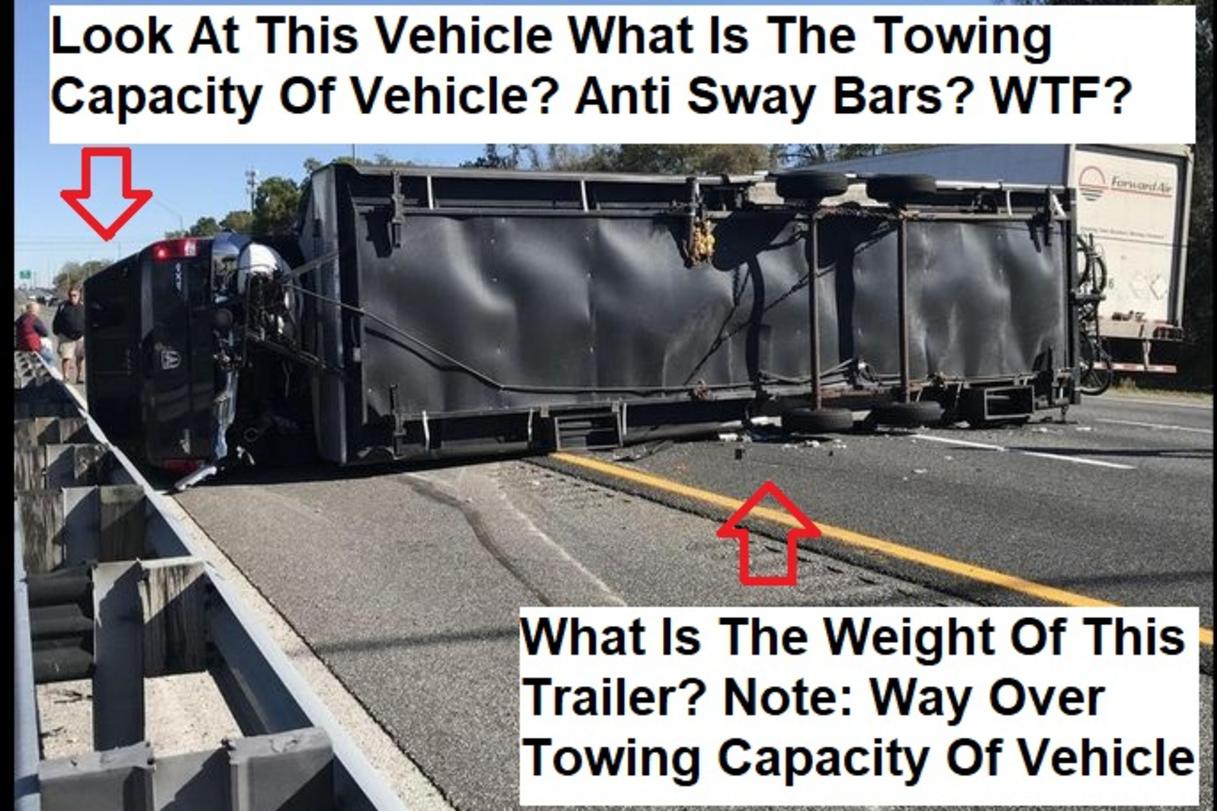 The penalties must be so severe that this person should never be allowed to tow ever again.

We demand answers to our questions:

Who Installed the Hitch?

Total Weight of camper with all the stuff inside?

Who is the insurance company?

What kind of license required to tow? 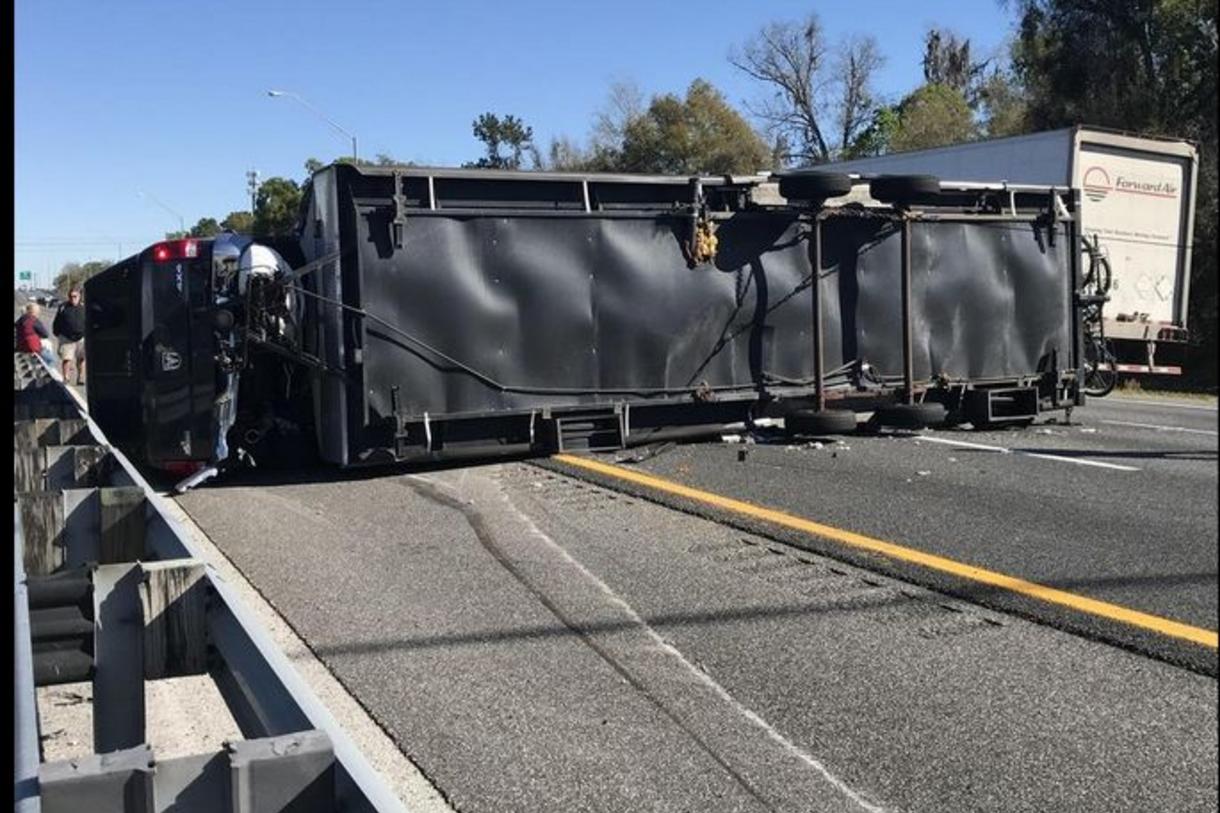