A trailer that had been donated to the Berthoud High School marching band, containing equipment, was stolen from the school parking lot recently.

The Larimer County Sheriff’s Office confirmed that it took a report of the theft and that the case “is under active investigation.” The Sheriff’s Office did not release additional details, and Michael DeWall, the school’s activities and athletics director, said deputies asked him to withhold information including when it was taken and what was in the trailer while the investigation is underway.

However, information on the theft has been widely shared via Facebook as well as by parents who are in the marching band booster club. Those reports are that the dark gray box trailer, which has the band logo on the side, had been loaded with several pieces of equipment not long before it was stolen.

The exact date of the theft is unclear, but several band parents and Facebook posts indicate it was stolen at least a week ago week ago from where it was parked outside Berthoud High School, 850 Spartan Ave.

Parent Ryan Berry sees the trailer regularly while he uses the empty parking lot to teach his son, a band member, to drive. When reached by phone, he said he was surprised recently when he noticed that it was no longer there. His initial thought was that it was out for maintenance until, after word spread to the band director and other booster parents, it became clear that the trailer was missing.

While neither DeWall nor Sean Hedding, the band director, could speak publicly about the theft per request of the investigator, on the first day of school earlier this week, Hedding posted online that the trailer was still missing and urged anyone with information to reach out to School Resource Officer Vince Mosley at vince.mosley@thompsonschools.org or to call in tips to Safe2Tell, a statewide program that allows students to anonymously report concerns at 1-877-542-7233.

Meanwhile, Berry posted a plea on a Berthoud Community Facebook page for whoever took the trailer to return it to the school, to the students who devote countless hours to the marching band.

Berthoud is a small school and the band relies on donations and fundraising, and a theft of this sort will hit hard, Berry said when reached by phone. They work hard to raise money to cover their needs, without having to replace equipment that the band already owned, he said.

“These men and women that are in the band really put their heart and soul into the program,” Berry said. “To have this happen to them is really a devastating blow for a group that does so much for not only the school but for the whole community. They’re just trying to do the best for their program.

“For someone to take that from this group of kids, that’s wrong. …  I hope they can see how wrong it is and make the right decision.”

The time has come to totally expose the careless nature our public schools handle our taxpayer funded trailers and band equipment.  Thousands (1000) have been stolen in the past 5 years and nobody except us is trying to educate why?  Don't you find it really odd? 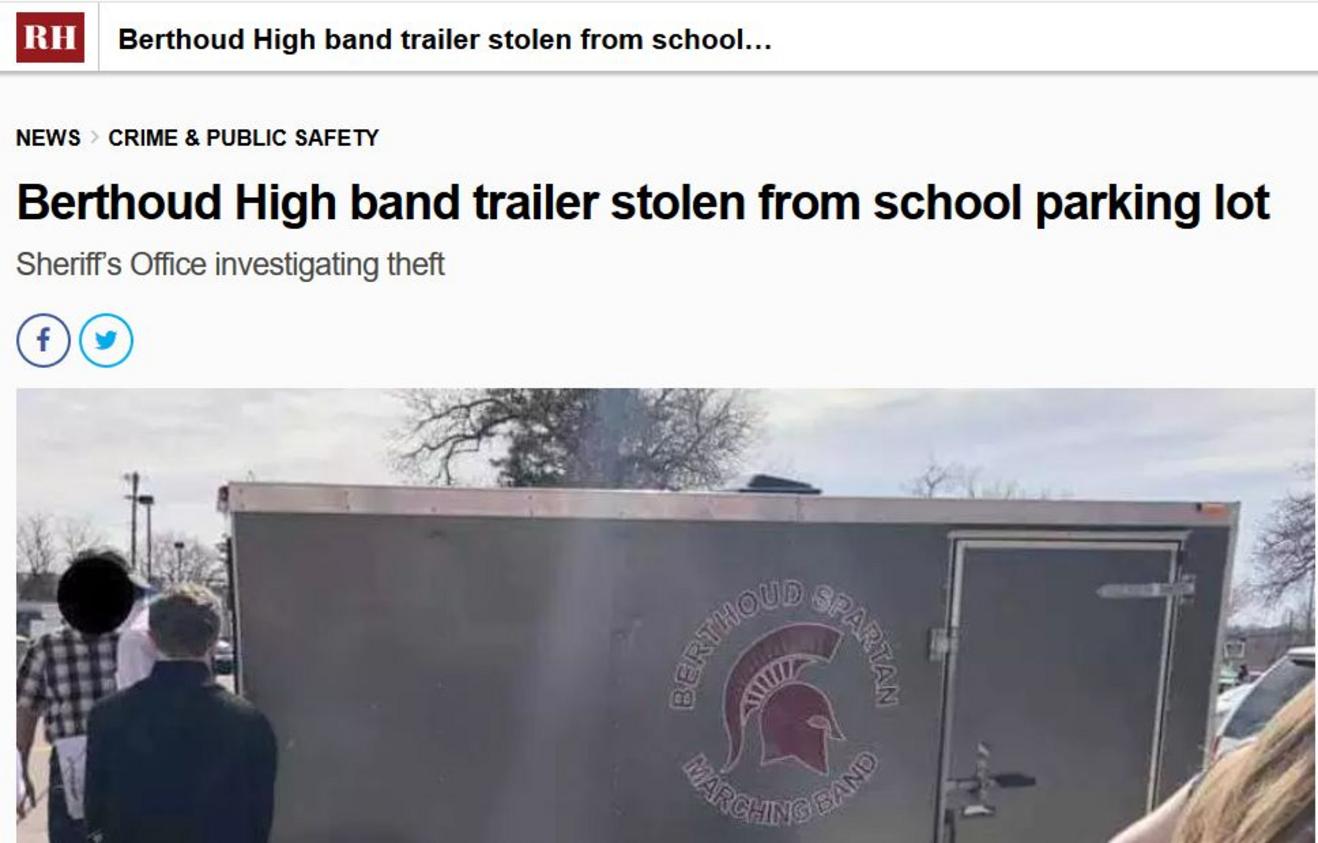 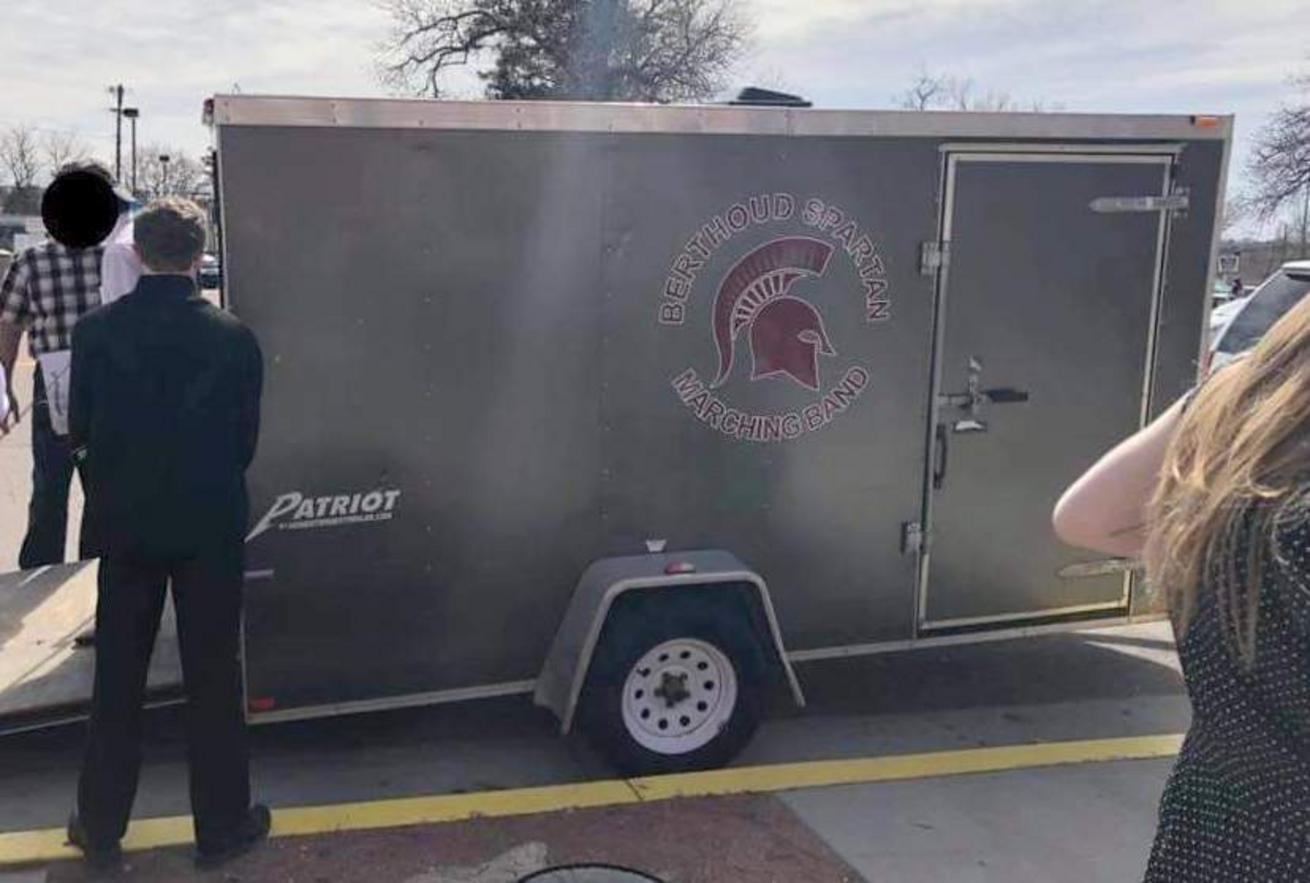