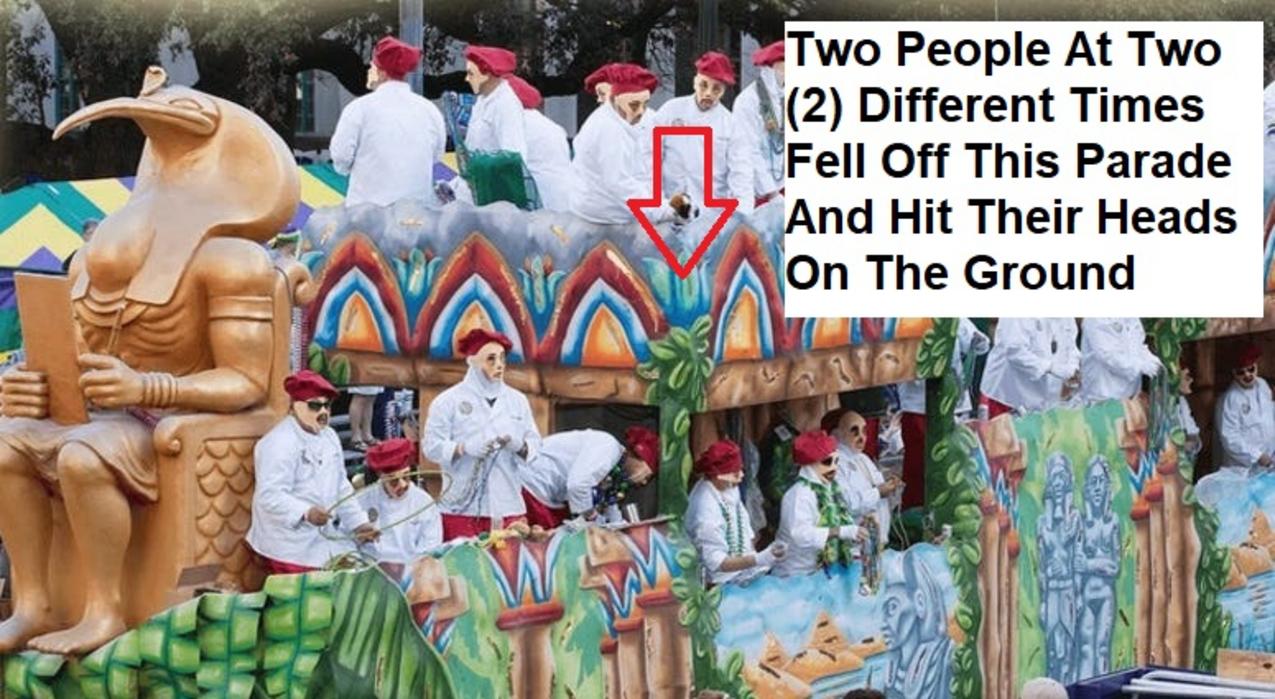 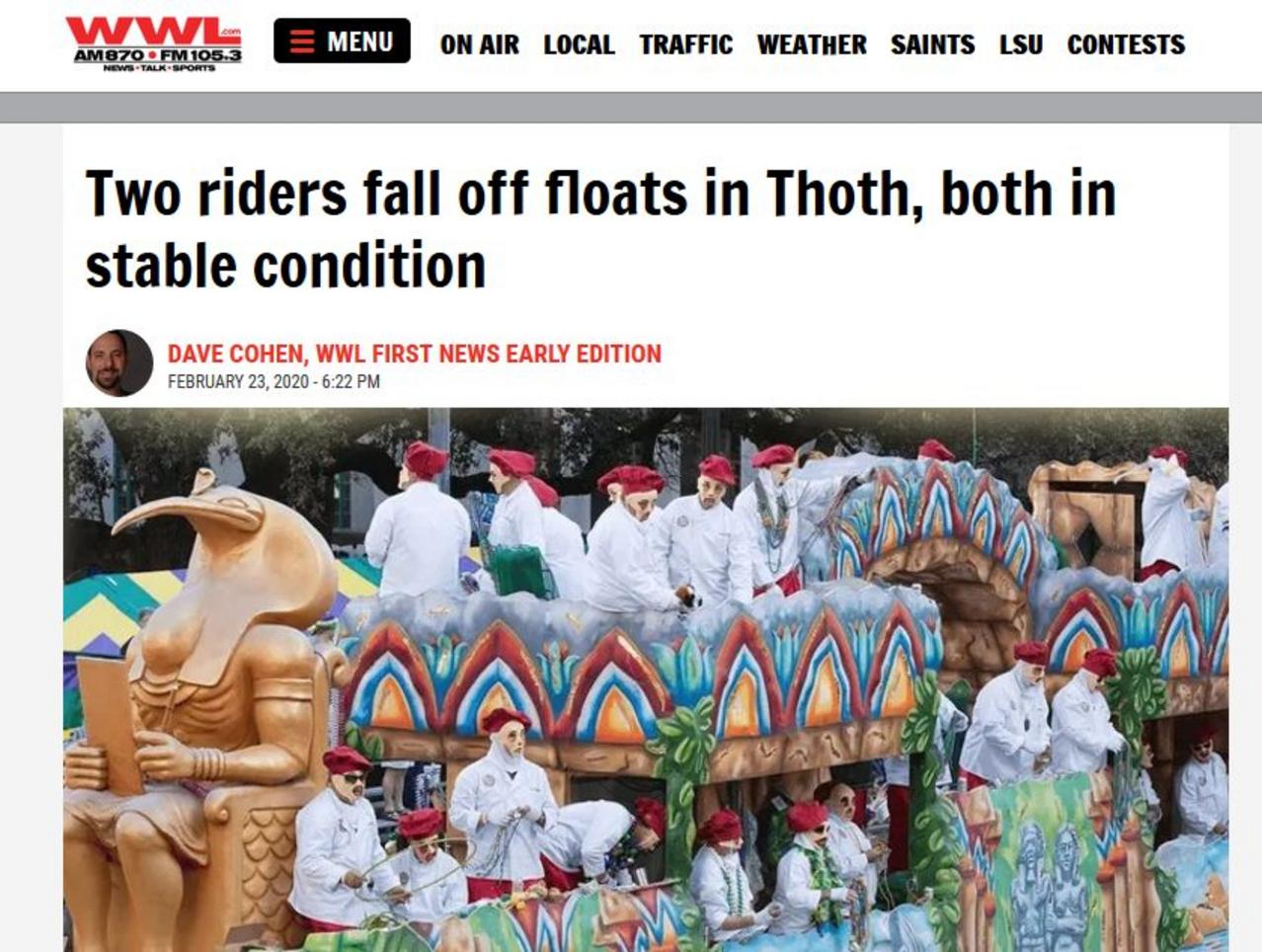 OMG - Even more fell off a trailer!

What is the problem? Why are so many trying to shut us up?  How many more have to die?  We are the only ones who is trying to save lives by unsafe parades!

New Orleans EMS says two riders in the Krewe of Thoth parade fell from the lower level of floats Sunday.

"Float rider is in stable condition," EMS sent out on Twitter. It happened on float 16B near St. Charles Ave. and Louisiana Avenue.

That victim was taken to University Medical Center.

A short time later it happened again.  This time on float 33 in the same parade near Poydras and St. Charles Ave.

City regulations require riders to wear a protective tether.  It is not clear if either rider was tethered or not.