George Louis Kelley of the unit block of Montrose Ave was found dead at the scene, county officials said.

The landscape contractor died after a spark ignited gasoline vapors of the trailer he was operating in the 300 block of Bonnie Meadow Circle.

Baltimore County Fire crews responded at 10:12 a.m. where they found the 23-foot trailer on fire.

Firefighters used foam to bring the flames under control.

Investigators learned Kelley, who worked for GK Enterprise Landscape Co , was cutting grass in the neighborhood. Witnesses saw him go to the trailer just before it erupted into flames. They said he didn’t come out.

Kelley was trying to connect a 100-gallon gasoline tank pump to the lawnmower batter when the spark ignited.

A man died in an inferno near Reisterstown while working at his landscaping job, the Baltimore County Fire Department reported.

A landscaping trailer burst into flames on Thursday, April 25, killing a worker inside, officials said. (Shutterstock)

REISTERSTOWN, MD — An Owings Mills man died when his landscaping trailer caught fire Thursday, according to the Baltimore County Fire Department. Officials said the trailer erupted into flames after a spark ignited gasoline vapors inside the vehicle.

George Louis Kelley, 57, of the unit block of Montrose Avenue, was pronounced deceased at the scene, according to authorities.

Firefighters said they found the trailer engulfed in flames when they were called to the 300 block of Bonnie Meadow Circle near Reisterstown at 10:12 a.m. on Thursday, April 25.

Witnesses saw Kelley go in the 23-foot trailer before the fire and not come out, according to the fire department, whose personnel located him after the blaze had been extinguished.

Kelley was a contractor for landscape company GK Enterprise Landscape Co., which was cutting grass in the community, authorities reported.


Based on the investigation, officials said Kelley was trying to connect a lawnmower battery to energize a 100-gallon gasoline tank that was installed in the passenger side of the trailer. When he tried to connect the two, a spark ignited gasoline vapors, causing the inferno. 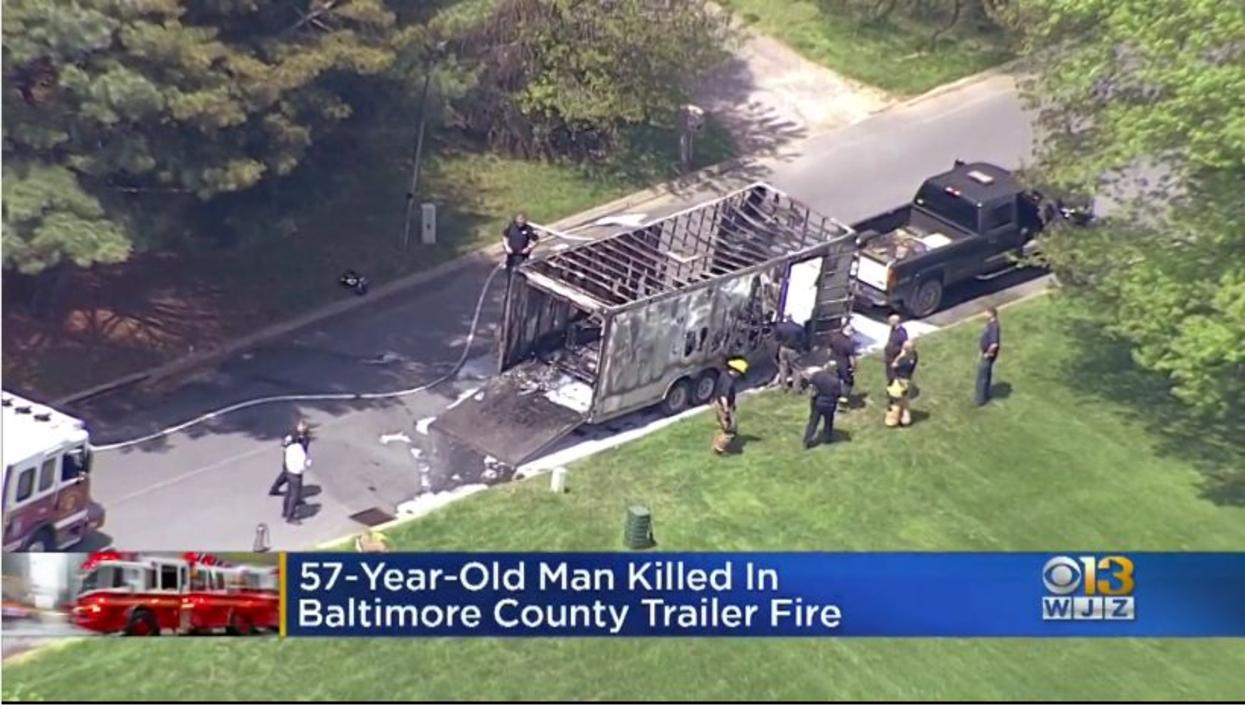 We picked up on this issue over 10 years ago.  Trailers have no ventilation...they were never designed to carry gas filled landscaping equipment!

The Utility Trailer Industry Is Producing a product that now kills over 600 a year and injures over 30,000 a year and not a single Government Agency Wants To Save lives by this issue.  Don't you find it odd?

Now where is OSHA?  Why have they not been called by a "Workplace Death"  Who is GK Enterprise Landscape Co Company and why did they have this death?  We Ask Questions

How Safe are these trailers?  Memo Not Very!

The Lawn Dogs keep on harassing our cause!

Why Has OSHA Ignored This Growing Concern? We Expose This Agency