A Prince's Bay man has been indicted on charges related to the death of a bicyclist on Hylan Boulevard in September.

Prosecutors say Khmil failed to secure the boat trailer that became detached from his SUV while traveling down Hylan at a speed of more than 20 miles and hour.

The trailer eventually struck and killed Cioffi and injured her friend.

He faces between 5 and 15 years in prison if convicted of the top count against him.

The problem in America today.  Most people say they will stand with you and your cause or concerns.  Just like the National Anthem that people will say on facebook that they will boycott the NFL but come Sunday they will watch and support the NFL.

So in our cause...if this was your daughter or son or parent....you would want somebody like us to fight not only for what happened to your daughter but for others.

Yet time and time again...each year now and growing over 450 men, women and children are killed by a "Passenger Vehicle That Is Towing A Trailer"

How much more evidence do you need to help us?  If this happens to someone you know then you would say why didn't I act sooner?  I question why is the killer still free when he did not secure his boat trailer corectly? 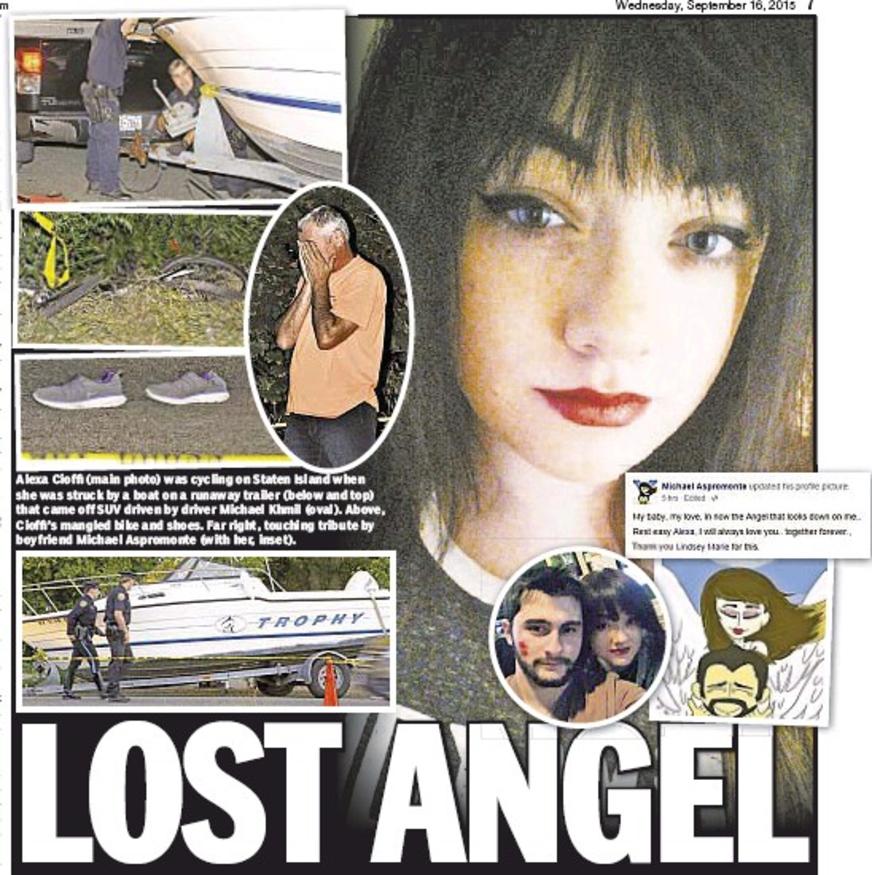 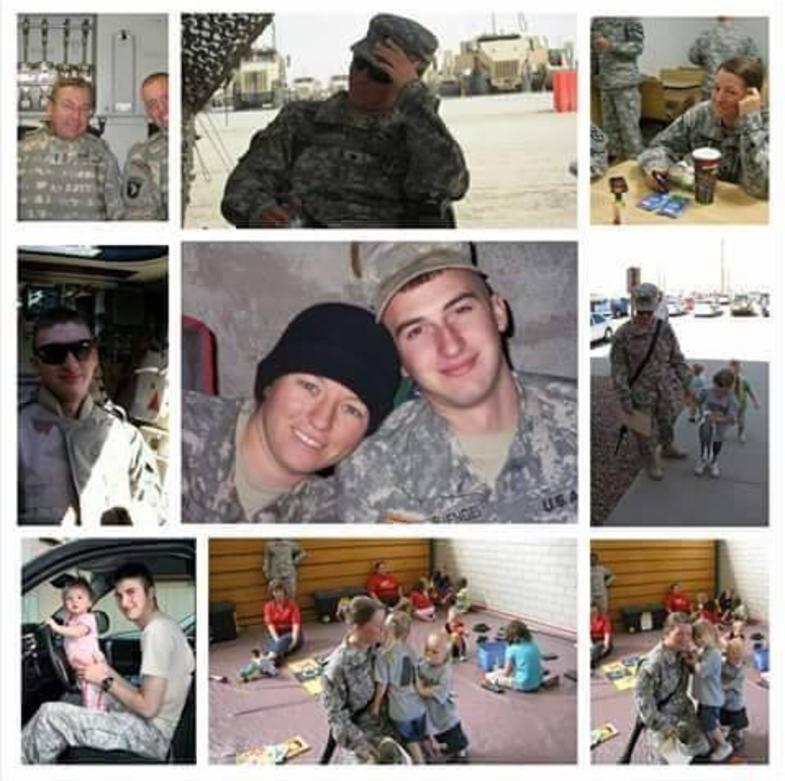 What about Shawn And Danielle?   They were killed by a loose trailer over 3 years ago...and the killer is still free as a bird also....

Alexa Cioffi (main photo) was cycling on Staten Island when she was struck by a boat on a runaway trailer (below and top) that came off SUV driven by driver Michael Khmil (oval). Above, Cioffi’s mangled bike and shoes. Far right, touching tribute by boyfriend Michael Aspromonte (with her, inset).

THE FAMILY OF a Staten Island woman was reeling from unimaginable sorrow Tuesday — a day after the bicyclist was struck and killed by a 22-foot boat on a runaway trailer in what authorities described as a freak accident.

The sudden, stunning death of Alexa Cioffi, 21, triggered a flood of tears and memories from the too-short life of a woman who stood as a pillar of strength to all who knew her.

“She was great,” sister Vanessa, 17, told the Daily News. “She was a mother hen to all of her friends, to everyone, to me. She was always my protector.”

Alexa’s heartsick boyfriend, Michael Aspromonte, immediately flew home from his mother’s Denver home, where he was visiting, after hearing the grim news.

“My baby, my love, (is) now the Angel that looks down on me,” Aspromonte, 20, wrote on his Facebook page. “Rest easy Alexa, I will always love you . . . together forever.”

The two began dating about 14 months ago. Aspromonte also posted a photo of the couple, with Cioffi wearing red lipstick and his cheek bearing the mark of a kiss.

His dad Frank Aspromonte, 54, said his son was crushed by word of the tragedy.

“Forget it. He's shot,” the dad said before breaking down. “What a sweet girl.”

Cioffi died Monday afternoon when the trailer carrying a fishing boat broke free and careened into her and a friend on Hylan Blvd., police said. Cioffi was pinned by the Trophy fishing craft when it came to a stop, while her 22-yearold friend — also on a bike — was left sprawled on the ground with critical injuries, police said.

Cioffi — the middle child of three sisters, including Vanessa and Jillian, 27 — died at Staten Island University Hospital. Her pal, Briana Emanuele, was hospitalized Tuesday, but able to speak.

“She kept asking about Alexa,” Gina Bompartito, 24, said of her surviving friend. “No one was telling her much. She’s very confused.”

A police source said it appears the trailer was not properly secured, although it was unclear if the driver of the black Toyota SUV towing the boat would face charges.

“I don’t know what happened,” said Nadiya Khmil, whose husband, Michael, was driving the SUV.

“It’s terrible,” she added. “We are so sorry this happened.”

Dawn Bartkowski, a friend of the victim’s family, said mom Diane Cioffi spent a mostly sleepless night after saying goodbye to her daughter at the hospital.

“(Alexa) was the one that you want your daughters to be friends with, or your son to bring home,” said Bartkowski, 46.

Older sister Jillian was waiting to meet Monday with Alexa and some other friends at Gateway Beach. And Bompartito arrived late because of traffic created by the accident that killed her friend.

“I had no idea what happened,” Bompartito said.

Jillian was among those at the beach when Bompartito arrived, and word quickly followed about the horrific accident.

“We just all raced to the hospital,” said Bompartito. “But by the time we got there, she was already in surgery.”