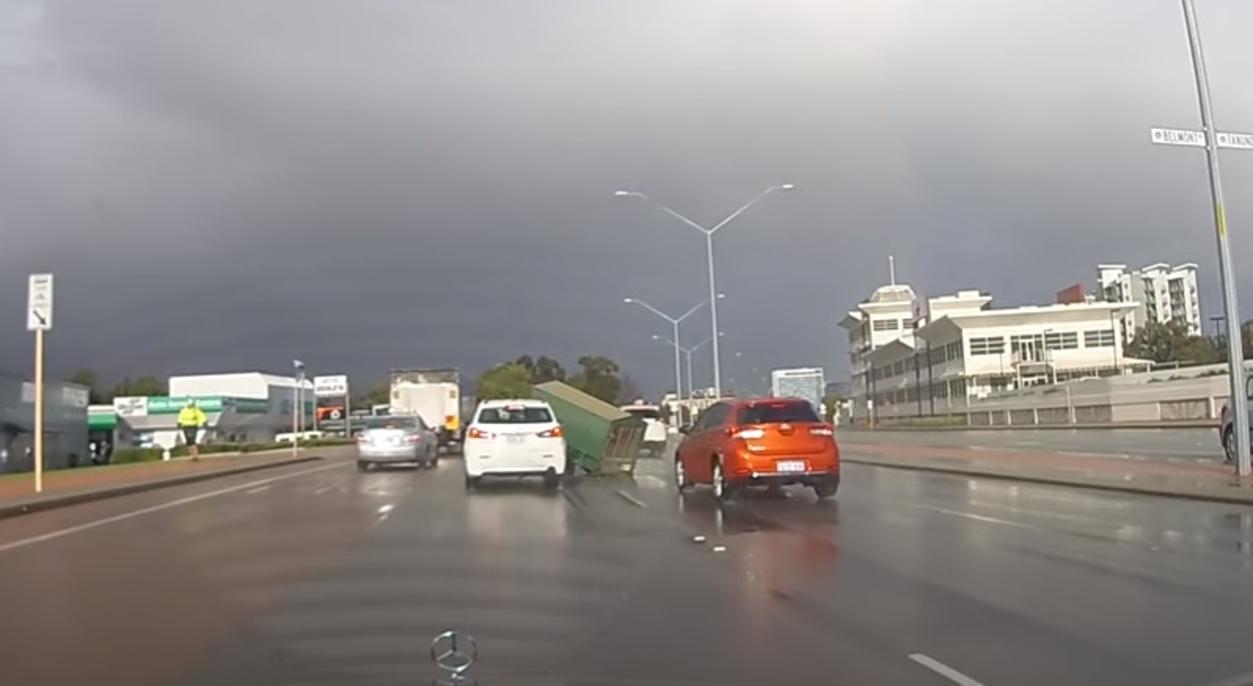 Everything seemed to be in order as the SUV made its way over the intersection. Source: Dashcam Owners Australia 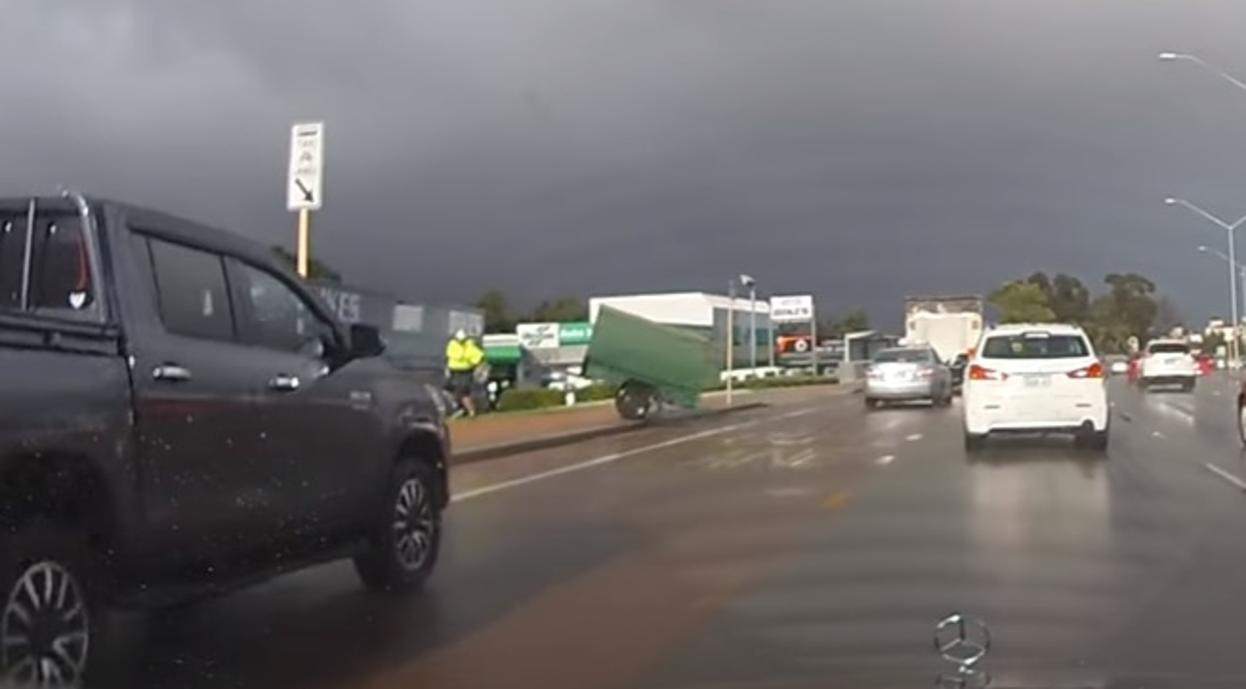 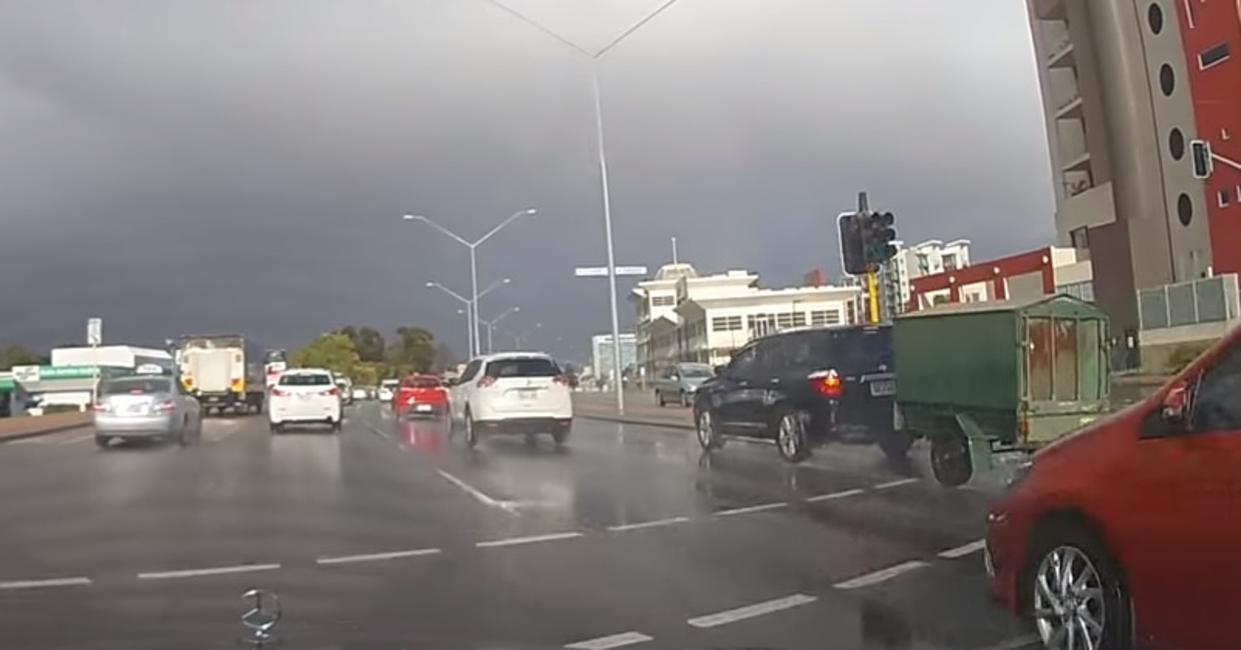 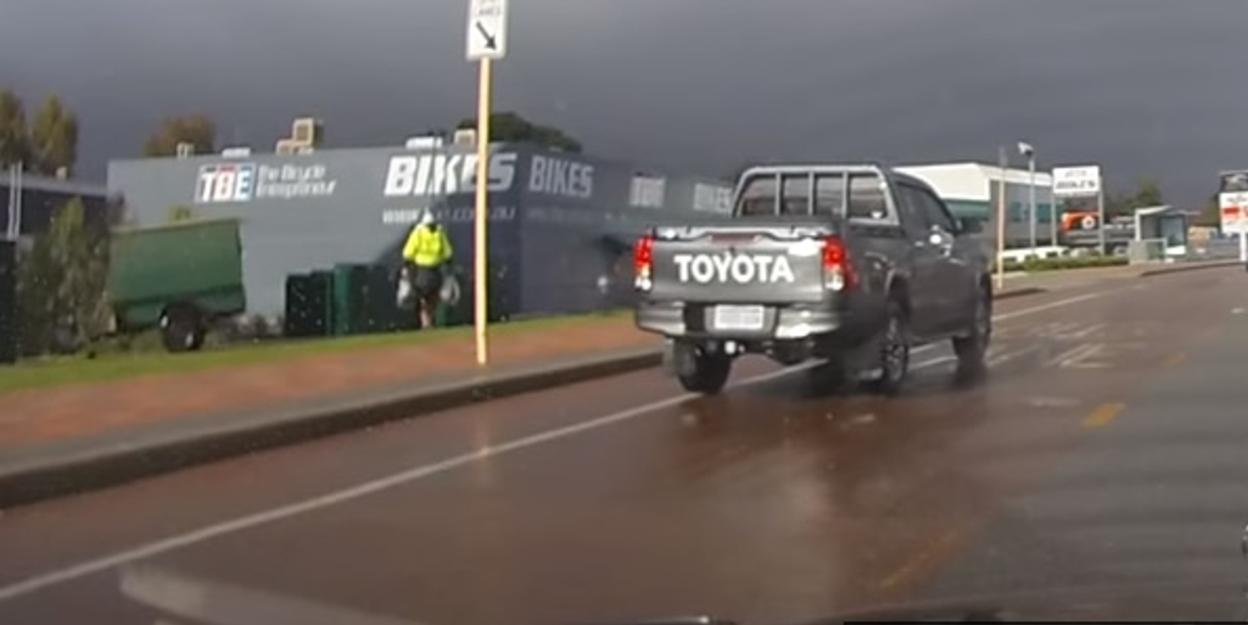 Not bothered at all, the tradie continues on his way as the trailer comes to a halt. Source: Dashcam Owners Australia

A Perth driver is thanking his lucky stars after his runaway trailer narrowly avoided smashing into several cars and an unsuspecting pedestrian.

In rainy conditions on the Great Eastern Highway, a trailer being towed behind an SUV suddenly detached before corssing four busy lanes.

Dashcam footage shows several cars come to a sudden halt as the green trailer edges past them with a pedestrian directly in its path.

Jumping over the gutter and onto the footpath, the trailer is on a collision course with the man in high vis clothing before narrowly passing him.

Taking one more look at the trailer that nearly flattened him, the pedestrian nonchalantly carries on with his groceries barely breaking his stride.

The driver of the car was quick to pull over and reattach the trailer.

The Facts:  People Who  Tow Are 4 Times More Likely To Kill Others And Or Have An Accident

Since 1975 Over 25,000 Dead men, women and children.  An Additional 100,000 horses have also been killed by a passenger vehicle that is towing a trailer when we include unsafe parades and hayrides.

Since 1988 over 1,000,000 men, women and children with missing legs, eyes, arms....and destroyed backs....all cased by a passenger vehicle that is towing a trailer.

Why no action?  Why no safety measures? Because the industry has lobbied to continue the killing of innocent lives.

All Trailers are built to a "Voluntary Standard"    See video one then video two.