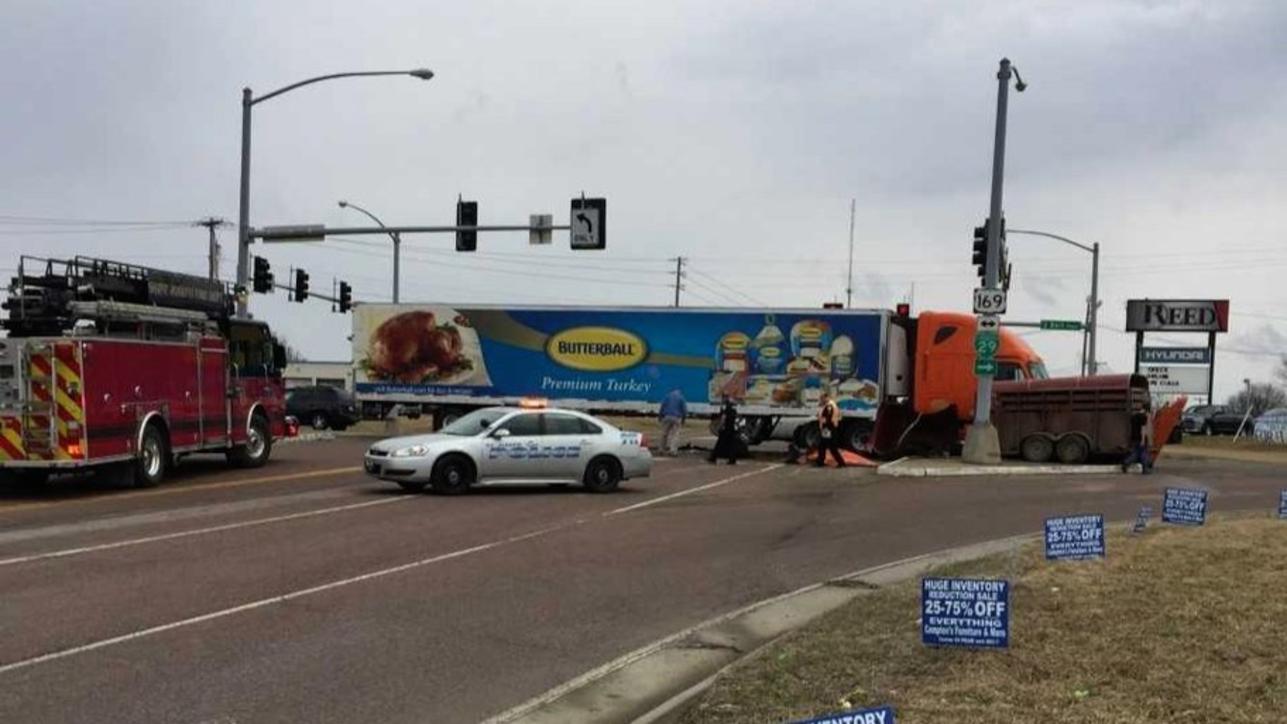 Semi collided with a cattle trailer sending cattle on the loose and snarling traffic.Posted: Mar. 19, 2019 8:01 PM
Posted By: Ron Johnson
AddThis Sharing Buttons
Share to Facebook
Share to TwitterShare to EmailShare to Print

(ST. JOSEPH, Mo.) An accident involving a cattle trailer snarled traffic at the intersection of S Belt Hwy and Pear St. this afternoon.

St. Joseph Police said a truck carrying the trailer attempted to make a left turn onto Pear St. in front of a semi when the accident happened.

Of the eight cattle that were in the trailer, five suffered severe injuries, one was not hurt and two cattle escaped and were on the loose in the area.

SJPD said a veterinarian on scene deemed the injured cattle's condition to severe to save them, five cattle were put down.

Traffic was down to one lane on the Belt Hwy while emergency crews worked the scene, access to and from Pear St. was limited.

How do you fit 8 Cattle Into That Trailer?

Crash on S. Belt Hwy. sends cattle on the loose