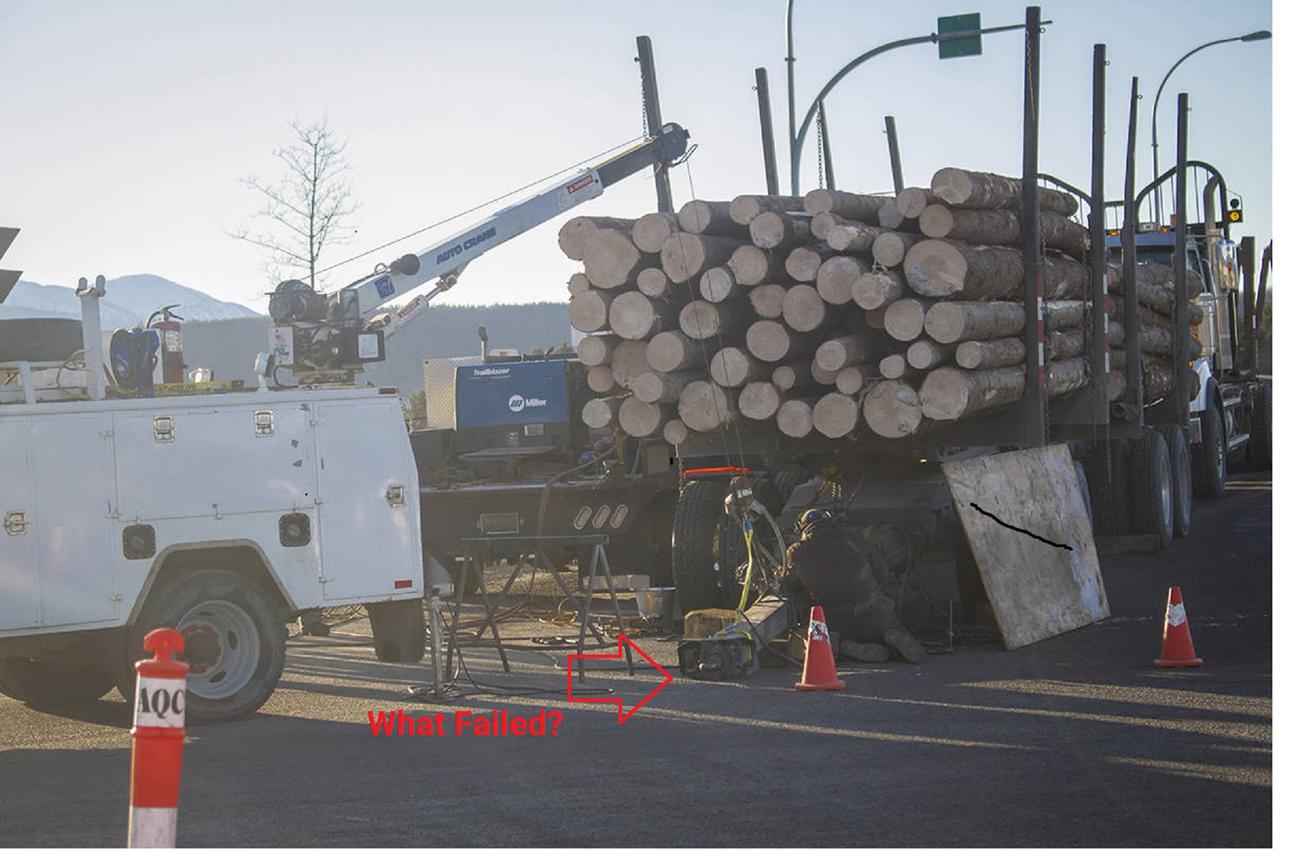 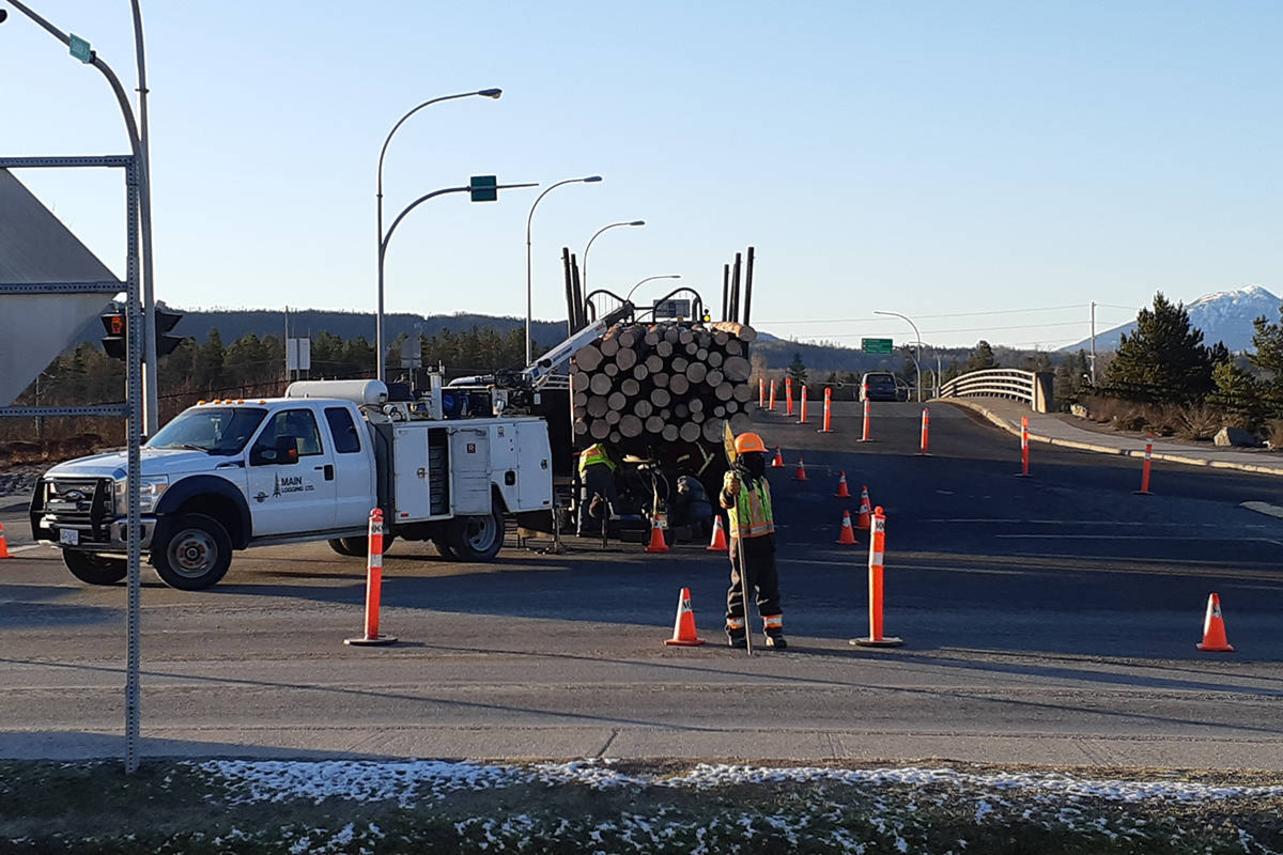 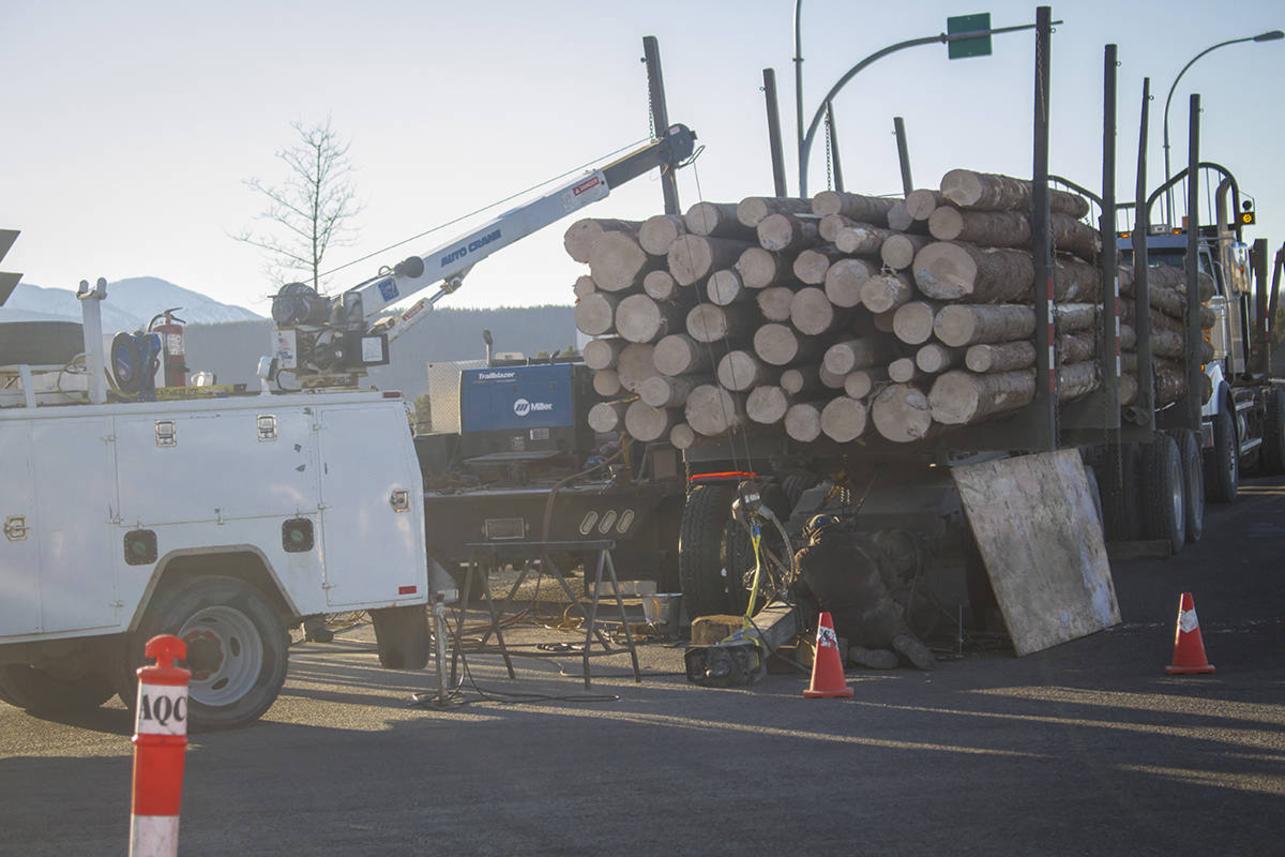 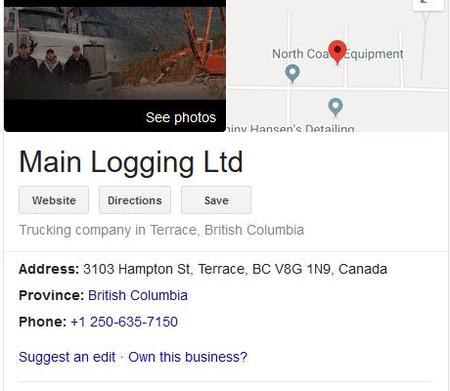 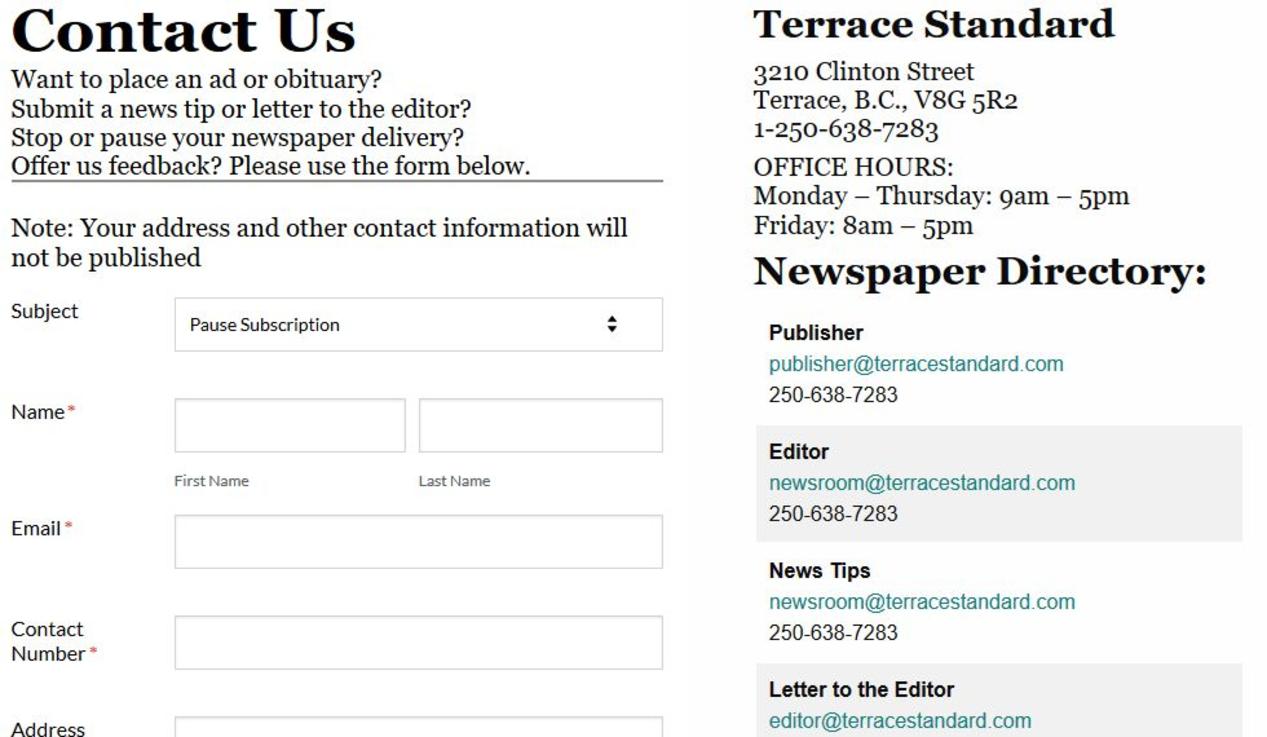 We have questions but they don't want to answer them Why?

One: Who Made The Hitch?

Two: Who Installed The Hitch?

Four: How Many Hitches Of This Type Are On The Road?

Five: Who Is Investigating Why?

Six: Why Is Nobody Addressing Our Concerns?

A truck hauling a trailer with logs detached on the Sande Overpass and caused minor traffic delays in Terrace on Feb. 12. (Natalia Balcerzak/Photo)

Traffic was detoured for hours as repairs were made

At approximately 7:10 a.m., a truck from Main Logging Ltd. was hauling a trailer of timber over the bridge when the driver noticed the hitch had broken off the truck turning onto the overpass.

Nathan Voogd, roads area manager from the BC Ministry of Transportation and Infrastructure says that the incident is uncommon and that the driver made the right choice to stop.

“He did a good job of actually preventing it from getting worse, he noticed it right away and put the trailer breaks on before anything happened,” says Voogd.

Traffic controllers redirected traffic as a repair team worked to reattach the hitch.

By 10:15 a.m., the trailers were removed and the intersection was operating regularly again.

Voogd says that the repairs on scene were temporary in order to move the truck off the road quickly. Permanent repairs are expected to follow.

Main Logging Ltd. has not responded to the Terrace Standard’s request for a statement.

Why is this allowed?
natalia@terracestandard.com 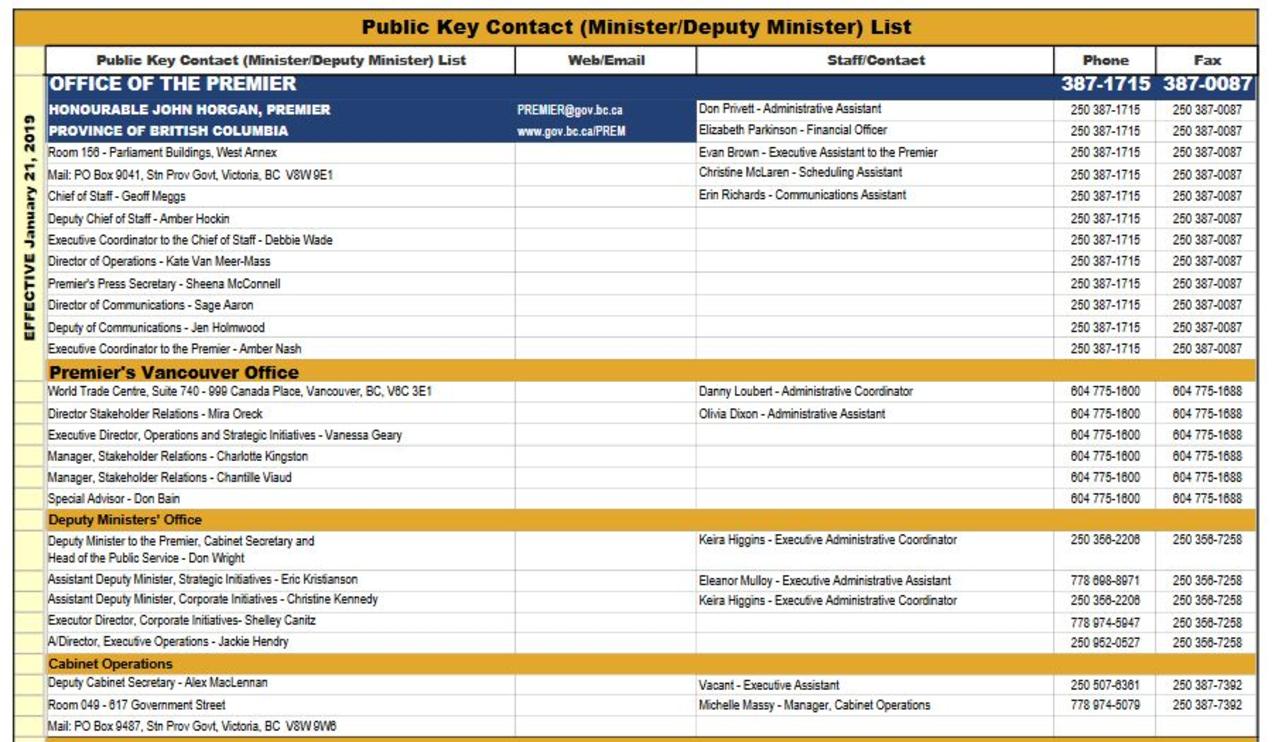